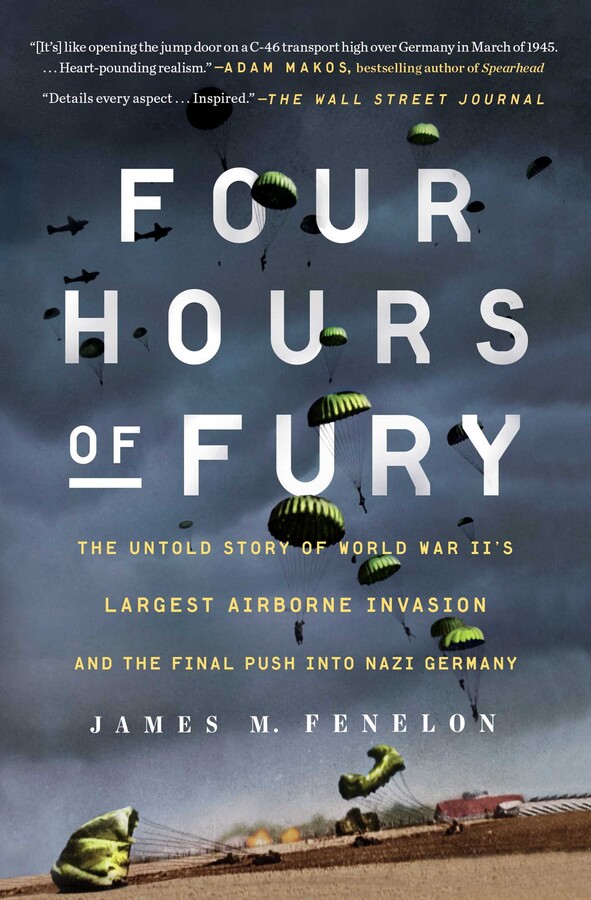 On the morning of March 24, 1945, more than two thousand Allied aircraft droned through a cloudless sky toward Germany. Escorted by swarms of darting fighters, the armada of transport planes carried 17,000 troops to be dropped, via parachute and glider, on the far banks of the Rhine River. Four hours later, after what was the war’s largest airdrop, all major objectives had been seized. The invasion smashed Germany’s last line of defense and gutted Hitler’s war machine; the war in Europe ended less than two months later.

Four Hours of Fury follows the 17th Airborne Division as they prepare for Operation Varsity, a campaign that would rival Normandy in scale and become one of the most successful and important of the war. Even as the Third Reich began to implode, it was vital for Allied troops to have direct access into Germany to guarantee victory—the 17th Airborne secured that bridgehead over the River Rhine. And yet their story has until now been relegated to history’s footnotes.

In this viscerally exciting account, paratrooper-turned-historian James Fenelon “details every aspect of the American 17th Airborne Division’s role in Operation Varsity...inspired” (The Wall Street Journal). Reminiscent of A Bridge Too Far and Masters of the Air, Four Hours of Fury does for the 17th Airborne what Band of Brothers did for the 101st. It is a captivating, action-packed tale of heroism and triumph spotlighting one of World War II’s most under-chronicled and dangerous operations. 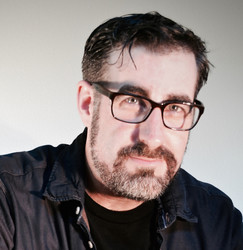 James Fenelon served in the military for over a decade and is a graduate of the US Army’s Airborne, Jumpmaster, and Pathfinder schools. He is a regular contributor to World War II magazine and has been previously published in FlyPast, Britain’s largest selling aviation magazine. His knowledge of military history also makes him a sought after technical advisor for video games, screenplays, and documentary creation. A graduate of the University of Texas at Austin, he and his wife live in Texas. Four Hours of Fury is his first book.

“This is the first account I’d read of jumping into a hail of gunfire by a guy who’d actually made thousands of jumps himself. As someone who grew up on World War II movies, I thought I appreciated the scale of these operations, but in these pages James sets me straight. Fact is, I had no idea.” —Rick H., Editor, on Four Hours of Fury

“Fenelon brings his personal experience as a paratrooper to bear in analyzing airborne operations in the 20th century’s greatest conflict….A riveting account of an airborne division at war.”
—Army Times

“Tells the forgotten story of this airborne operation…[James Fenelon] does an excellent job in interweaving personal histories and recollections with unit histories and after-action reports to give a good sense of the heavy fighting that occurred around the drop and landing zones.”
—New York Journal of Books

"I was hooked . . . . The give-and-take dialogue and the physical interchange between the members of the unit are authentic. It is how it was! . . . If you 'were there and did that' you'll relive it. If you're just a reader and not reliving your own experiences in battle, some of what you read will be hard to believe—but that is the way it was!"
—Col. William E. Weber, USA-Ret, Airborne Quarterly Magazine

“Gripping and well-written… Fenelon provides both the American and German perspectives of the fight, deftly weaving operational history with vivid personal accounts of the paratroopers who so bravely floated down to earth, where the hell of war greeted them.”
—Robert M. Edsel, #1 New York Times bestselling author of The Monuments Men

“Exceptional…[Fenelon] examines all of the battle’s various aspects: from Allied and German high command strategy conferences, to the logistics of dropping tens of thousands of soldiers behind enemy lines, to the experiences of the paratroopers and glider soldiers in the air and on the ground…. An extraordinary story well told.”
—Peter R. Mansoor, author of The GI Offensive in Europe: The Triumph of American Infantry Divisions, 1941-1945

“Deeply impactful… As you experience this four-hour descent into chaos, you’ll feel like your own boots are hitting the ground.”
—A.J. Baime, New York Times bestselling author of The Accidental President: Harry S. Truman and the Four Months That Changed the World

“Depicts as few books ever have the complex levels of planning that are a precursor to a major invasion…Above all, [it] showcases the speed, noise, and permanence of horrifying, front-line combat.”
—Robert O’Neill, former SEAL Team operator and New York Times bestselling author of The Operator

“Compellingly chronicles one of the least studied great episodes of World War II with power and authority….A riveting read.”
—Donald L. Miller, author of Masters of the Air: America’s Bomber Boys Who Fought the Air War Against Nazi Germany

"Fenelon has fashioned a mirror of hell… Four Hours of Fury helps us see deeply into this little known but critical fight to the death.”
—Winston Groom, New York Times bestselling author of Forrest Gump, The Aviators, and The Generals

"Epic… Four Hours of Fury is a fine tribute to the gallantry of the men and women who, against overwhelming odds, vanquished a great evil.”
—Craig Nelson, New York Times bestselling author of Pearl Harbor, Rocket Men, and The First Heroes

“Diving into Four Hours of Fury is like opening the jump door on a C-46 transport high over Germany in March of 1945…. The book is a gripping reminder that the crash of war is at its most deafening before the end.”
—Adam Makos, author of Spearhead: An American Tank Gunner, His Enemy, and a Collision of Lives in World War II

“A riveting chronicle of personal courage, overwhelming logistics, and inevitable mayhem that is as authentic as it gets.”
—Walter R. Borneman, author of Brothers Down: Pearl Harbor and the Fate of the Many Brothers Aboard the USS Arizona