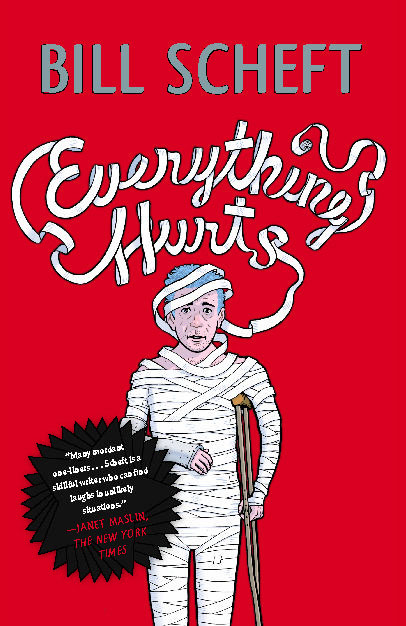 By Bill Scheft
LIST PRICE $13.99
PRICE MAY VARY BY RETAILER

Phil Camp has a problem. Not the fact that he wrote a parody of a self-help book (Where Can I Stow My Baggage?) that the world took seriously and that became an international bestseller, or that he wrote the book under a phony name, Marty Fleck, and the phony name became a self-help guru overnight. Phil cannot be Marty Fleck. He can barely be himself.

No, Phil's problem is that he has been walking with a limp for nine months. Phil is in constant pain, yet there is nothing physically wrong with his body that would cause such agony. This problem leads him to the controversial Dr. Samuel Abrun, a real doctor who wrote a real self-help book (The Power of "Ow!") that made thousands of people pain-free.

So what happens when the self-help fraud meets the genuine item? Does he get better? Can he hobble out of his own way to help himself? Most important, can the reader make it through fifty pages without thinking, Wait a minute. Is that a twinge I feel in my lower back or just gas?

Phil embraces Abrun's unorthodox psychogenic theories passionately but manages to save some passion for Abrun's daughter, Janet, herself a doctor who has her own theories about, and remedies for, chronic pain. If all this weren't enough, Phil tries to delve further into his past with his unconventional psychotherapist, the Irish Shrink, even if it means revealing dark secrets he never remembered telling him the first two or three times. To top it all off, Phil confronts his alter ego's nemesis, right-wing radio blowhard Jim McManus, only to find out they share a common enemy -- the same family.

Like Carl Hiassen and Larry David, author Bill Scheft understands that the best humor is always excruciating. That fits the story of Everything Hurts and its lesson: Pain is the ultimate teacher. By the end, Phil Camp, the self-proclaimed "self-help fraud," turns out to be the real thing. And the real thing turns out to be flawed and confused, but hopeful. In other words, human. 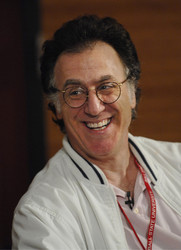 Bill Scheft, a 15-time Emmy-nominated writer for David Letterman, is the author of two previous novels, The Ringer and Time Won't Let Me, which was a finalist for the 2006 Thurber Prize for American Humor. He has also written for the The New Yorker, The New York Times, Esquire and Sports Illustrated. He lives in New York City with his wife, comedian Adrianne Tolsch.

“Many mordant one-liners . . . Scheft is a skillful writer who can find laughs in unlikely situations.”
—Janet Maslin, The New York Times

“I have lived this story in real life, though mine wasn't nearly as funny, poignant, or compelling as his. On the other hand, I believe I'm much better looking than the fellow in this book and could probably take him in a fight.”
—Larry David

“How rare it is for a novel to be both hilarious and profoundly moving. In Everything Hurts Bill Scheft is firing on all eight rumbling, throaty cylinders.”
—Richard Russo

“Like [Woody] Allen, Scheft seems to know his way around the psychiatrist’s couch; he has a keen sense of the emotional pathways of depression and of how therapy awkwardly leads people into and out of their worst experiences. . . . Scheft’s rendering of family dysfunction is consistently sturdy. Much like Phil’s fictitious self-help book: meant as a gag, but with enough smarts to be taken seriously.”
—Kirkus Reviews

“Letterman writer Scheft skewers physical and emotional pain with a mercilessly comic touch and a bit of poignancy. . . . Phil is a wonderful protagonist, and Scheft’s biting wit coexists nicely with the undercurrent of uplift.”
—Publishers Weekly

“[Bill Scheft] plays both ends against the middle, satirizing our glib and cynical pop culture in a glib and cynical novel. Phil grows on us despite himself.”
—Amanda Heller, The Boston Globe

“The writing is swift and breezy but with an underlying message that deals with guilt and pain. Because it's a novel, it’s more sit-down comedy than stand-up. . . . Sometimes you laugh only when it hurts.”
—Charles Lee Boyd, The Post and Courier (Charleston, SC)

“Pain is king and laughter is his fool. . . . The book achieves a subtle poignancy.”
—Chicago Sun-Times

“Satisfying as it is quirky . . . Scheft knows how to create characters which stay in your head long after you finish the book.”
—ArmchairInterviews.com

By Bill Scheft
LIST PRICE $13.99
PRICE MAY VARY BY RETAILER