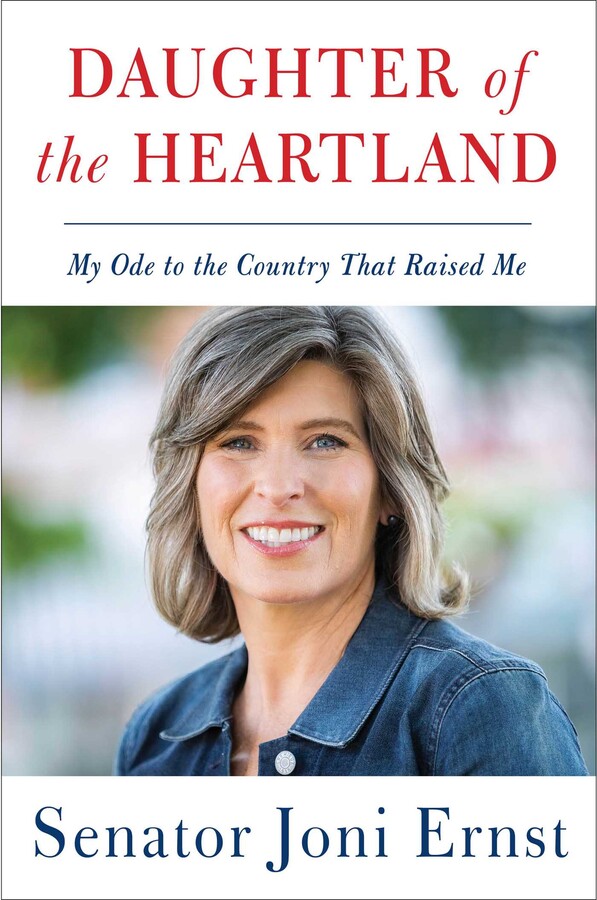 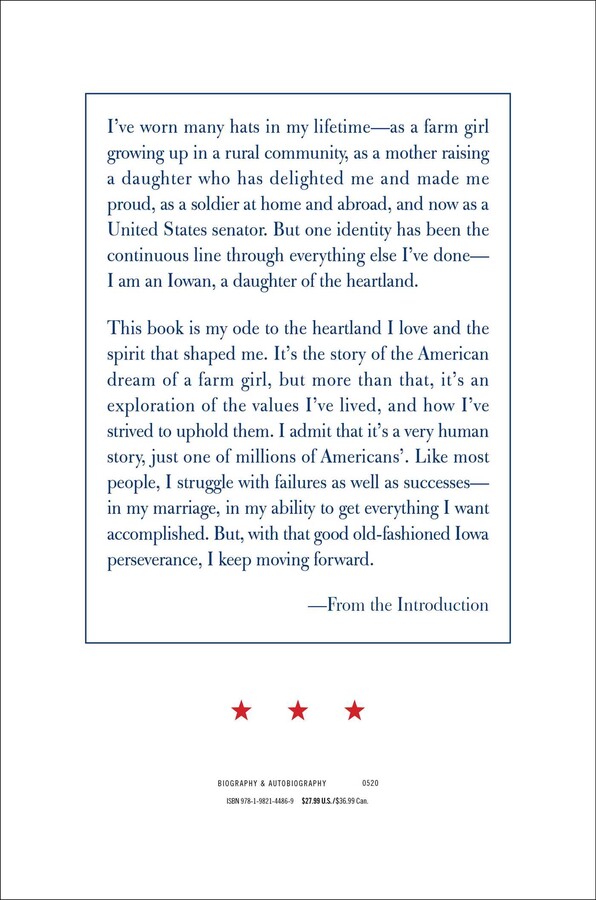 Daughter of the Heartland

My Ode to the Country That Raised Me

By Joni Ernst
LIST PRICE $27.99
PRICE MAY VARY BY RETAILER

Combining the by-the-bootstraps work ethic of Nikki Haley’s Can’t Is Not an Option with the military pluck of MJ Heger’s Shoot Like a Girl, Joni Ernst’s candid memoir details the rise of one of the most inspiring and authentic women in the United States Senate.

The daughter of hardworking farmers in the heartland, Joni Ernst has never been afraid to roll up her sleeves and get the job done. Raised in rural Iowa, Joni grew up cleaning stalls, hauling grain, and castrating hogs. Farm life forged her work ethic. She developed grit and tenacity, attributes that would later be put to the test when she faced abuse, sexism, and harassment. First, as a Lieutenant Colonel in the Army and later as an underdog candidate in the US Senate, Joni has proven to be a natural leader who proudly serves her fellow Americans. She had to learn to believe when others didn’t, to raise her own voice for those who couldn’t, and to silence the naysayers (even herself) to become a bold leader and a fierce advocate.

In her inspiring memoir, Joni shares her struggles and the invaluable lessons she learned through hardship—on the farm, in the home, and at work. As a woman fighting for position in the boys’ clubs of the military and politics, she found strength in courage and vulnerability, becoming a role model for women everywhere. As a US Senator, Joni is well-known and respected for her fight to hold Washington accountable and her demand for bipartisanship in a time of fierce tribalism. Daughter of the Heartland tells Joni’s incredible story in four parts, defined by the values she’s learned along the way—leadership, service, courage, and gratitude.

Written in an honest and compelling voice, Daughter of the Heartland is Joni’s inspirational story of finding her place as a champion for Iowa, a defender of our armed forces, and a voice for women.

Joni Ernst is a politician and former military officer serving as the senator for Iowa since 2015. After graduating from Iowa State University, Joni joined the United States Army Reserves. In 2003, she served as a company commander in Kuwait and Iraq, leading 150 Iowa Army National Guardsmen during Operation Iraqi Freedom. Joni retired as a Lieutenant Colonel in the Iowa Army National Guard after twenty-three years of military service. In November 2014, Joni was elected as the first woman to serve in federal elected office from the State of Iowa and also became the first female combat veteran elected to serve in the United States Senate.

Daughter of the Heartland

My Ode to the Country That Raised Me

By Joni Ernst
LIST PRICE $27.99
PRICE MAY VARY BY RETAILER