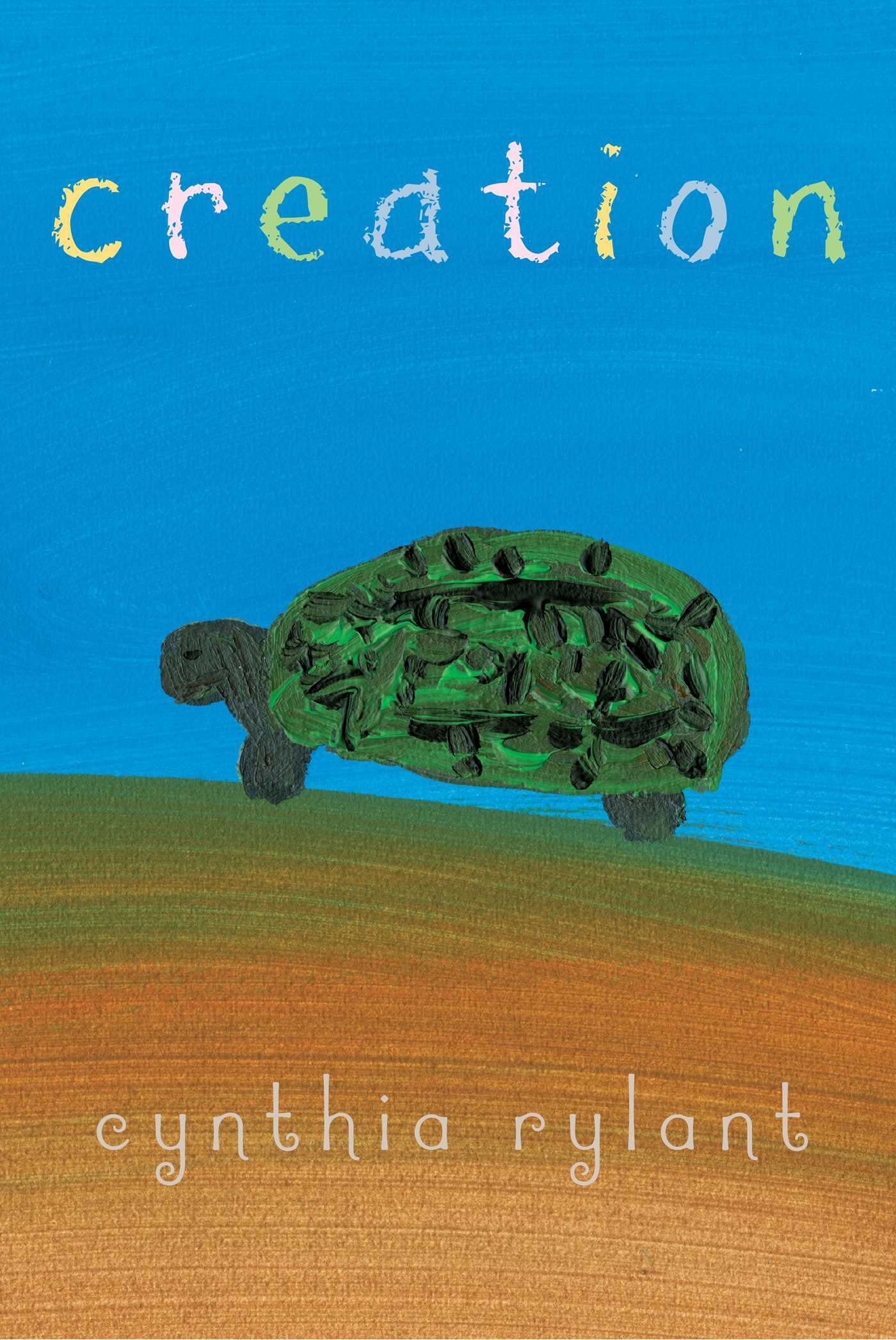 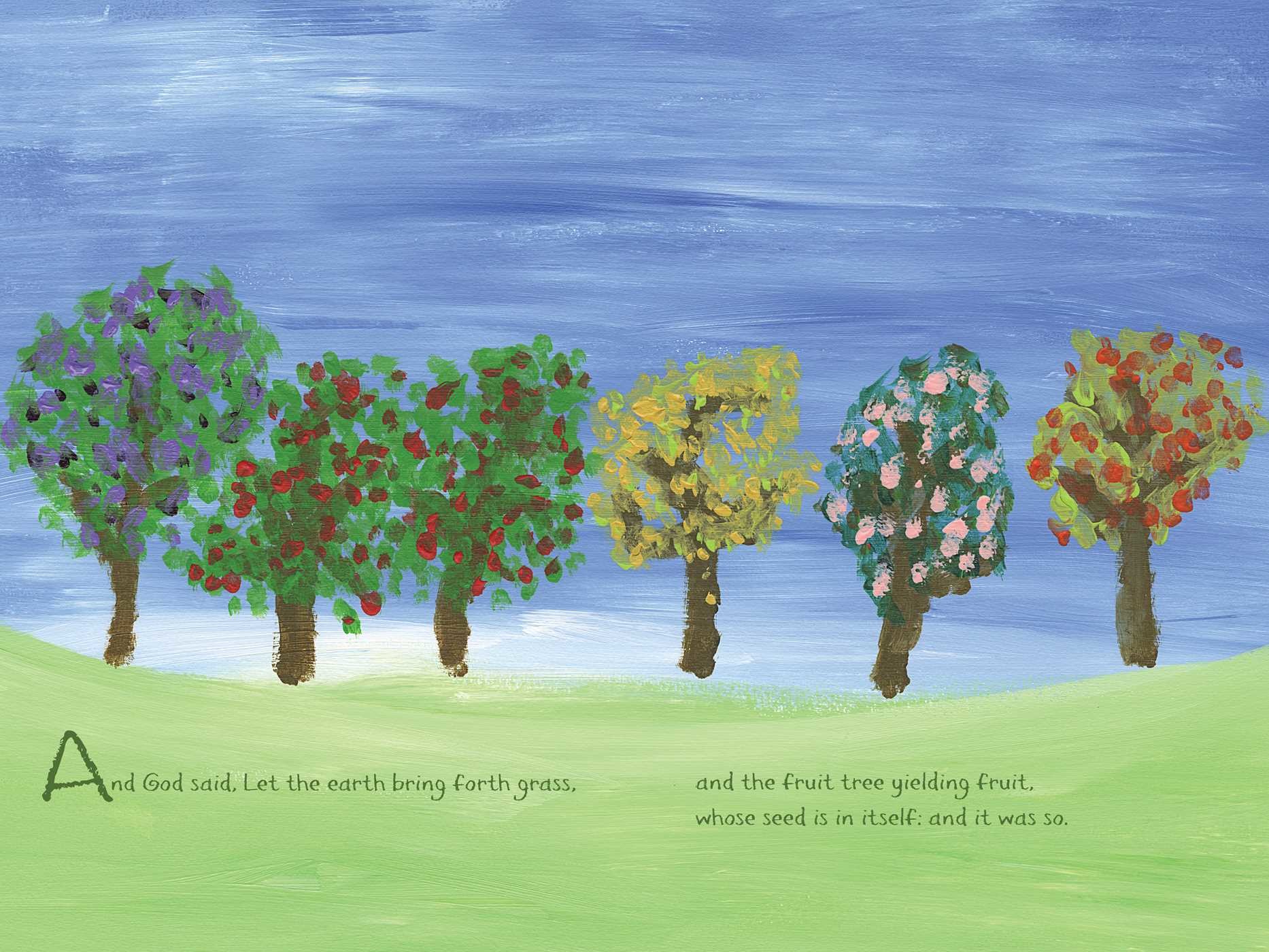 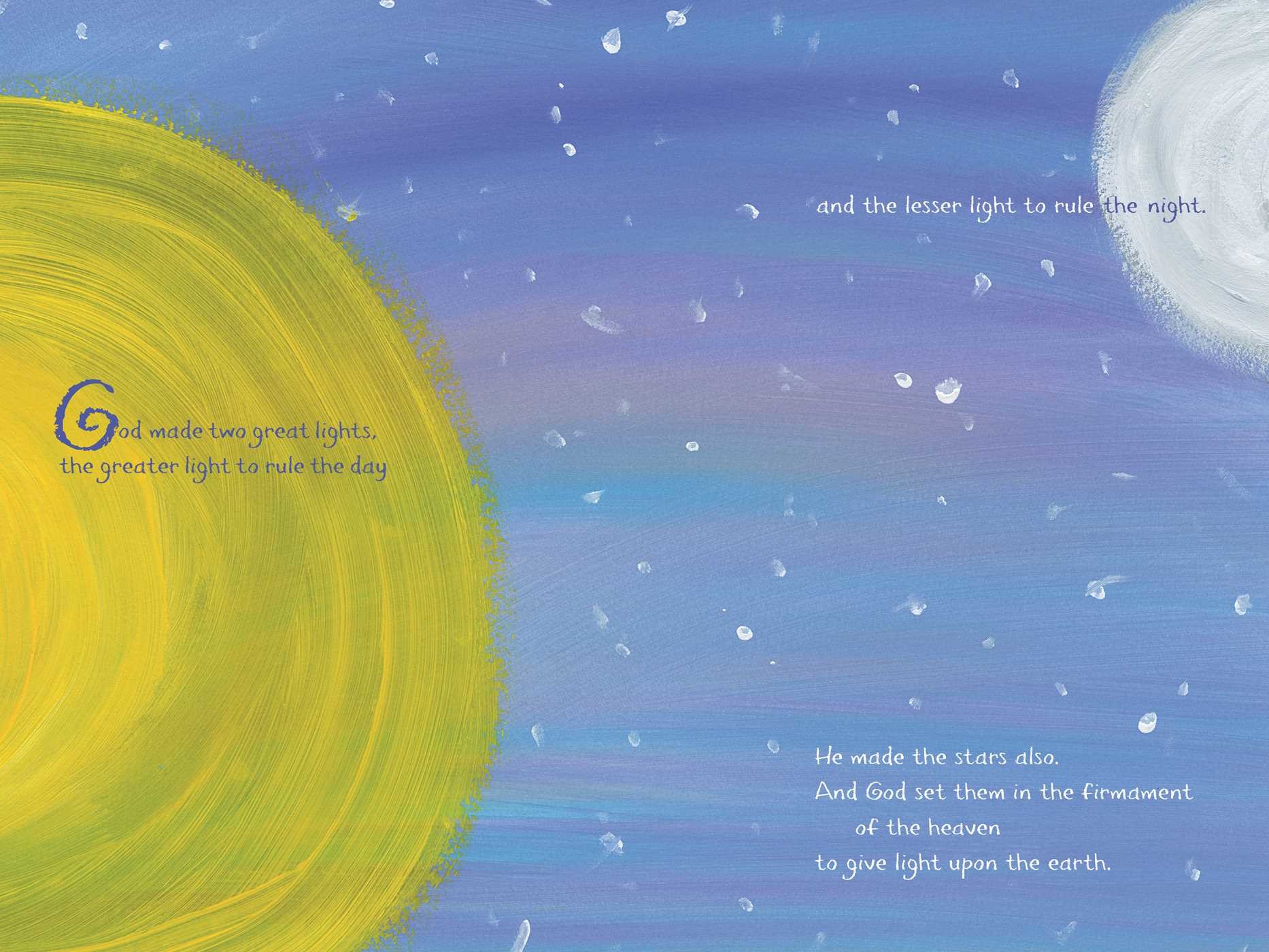 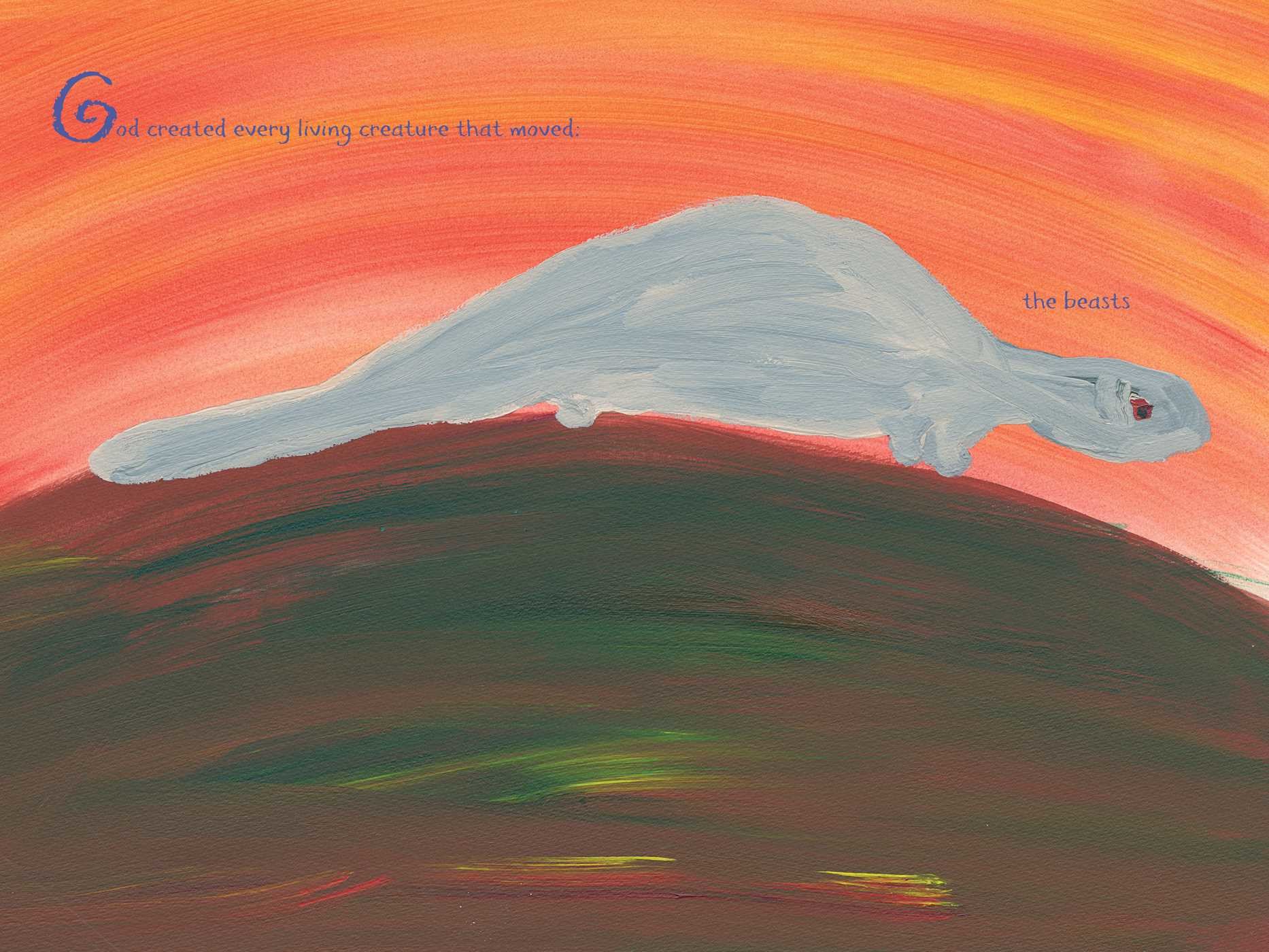 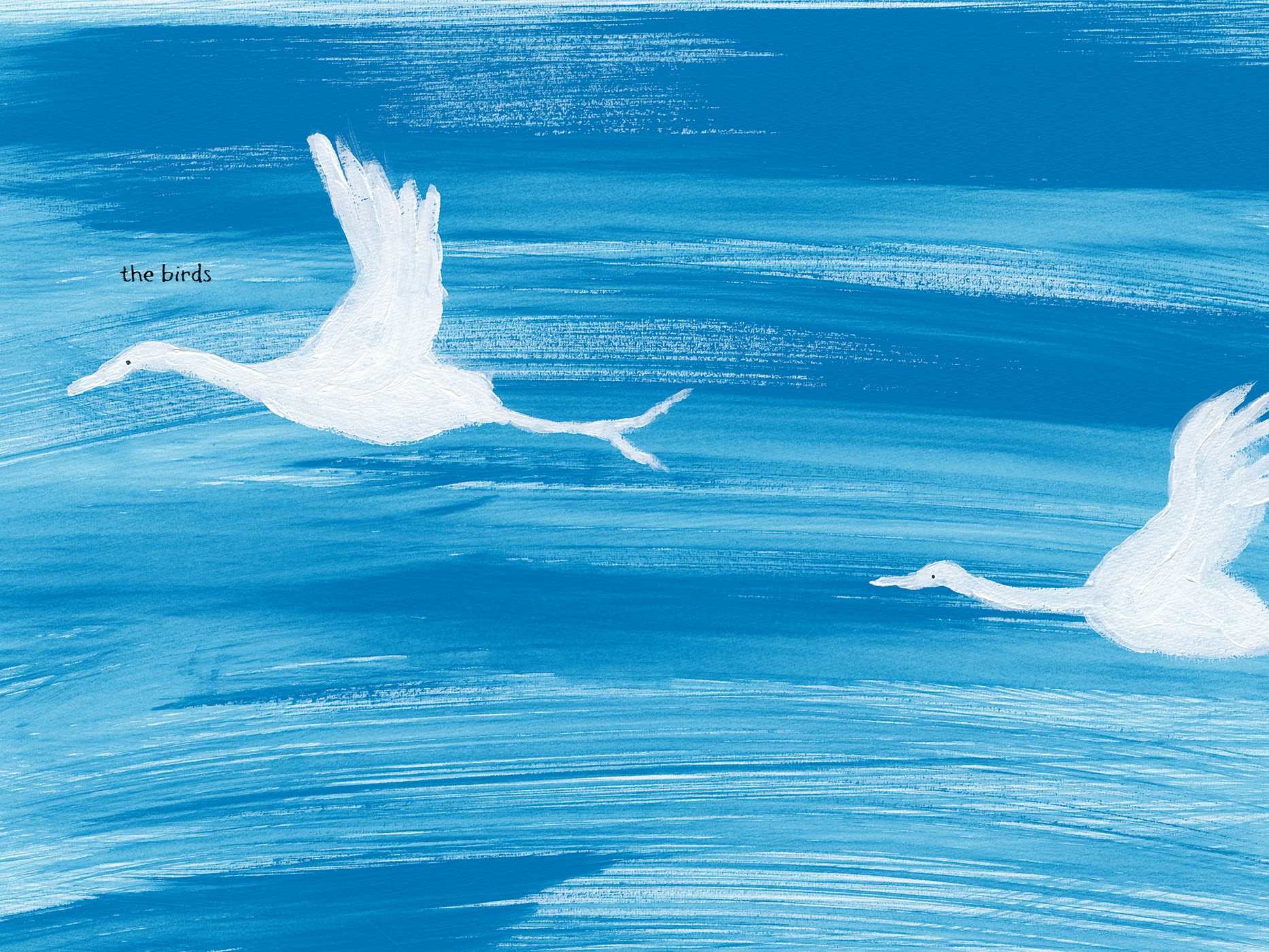 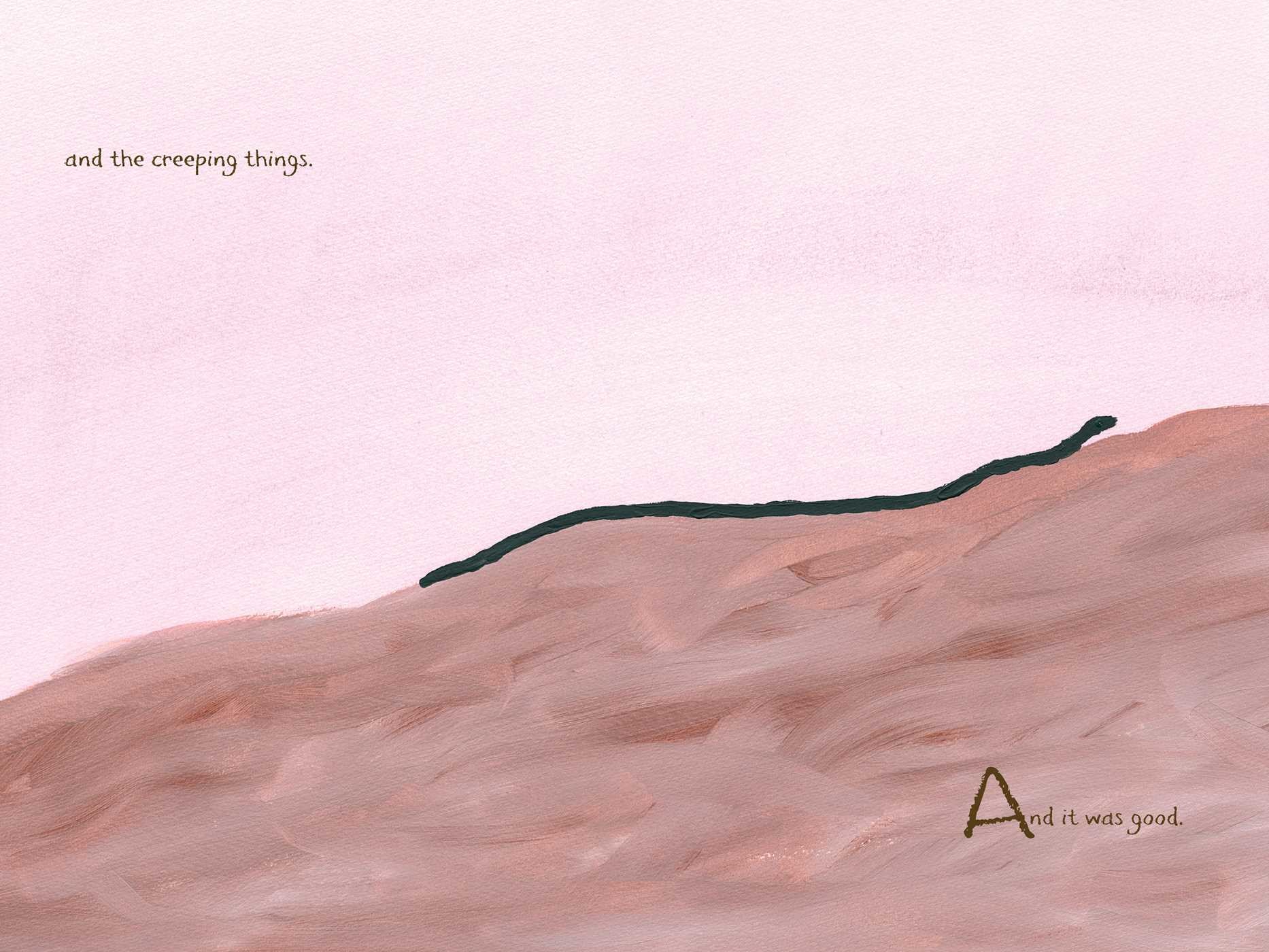 In the spirit of her acclaimed Dog Heaven and Cat Heaven, Newbery Medalist Cynthia Rylant illustrates the King James Bible creation story in a simple yet powerful folk art style.

Cynthia Rylant takes the familiar text of the creation story, as told in the King James Bible, and lovingly illustrates it in her simple but bold style that has been called “stunning” by School Library Journal. In striking illustrations reminiscent of folk art, Rylant has created a fresh take on a classic story that will appeal to readers of all ages.

The Creation story,interpreted with minimalist art. Rylant's text, looking as if hand-lettered and adapted from Chapters 1 and 2 of the book of Genesis from the King James Bible,emphasizes for the youngest readers and listeners how very basic yet how extraordinary this story simultaneously is. Her naïve acrylic paintings are charmingly innocent and appealing, readily capturing the salient points of each day's work, each rendered in a separate double-page spread. (Creationists should be pleased at the painting of a dinosaur to depict the creation of"the beasts.") Children who already know this story may enjoy seeing and hearing this latest version. Youngsters who are unfamiliar with the opening chapters of the book of Genesis may well wonder, after the final lines, just what happens next? Such queries should stimulate lively conversations. Brushstrokesare readily visible, often dominating compositions, as in the creation of Dayand Night, in which darkness looks like a gray, feathered wing laid over the light. Depicted figures—the aforementioned dinosaur, birds, tortoises—have a pleasingly blobby look. This adaptation's low-key illustrations bring the story to a child's level...

Rylant’s illustrations for a simplified version of the Genesis creation story, adapted from the King James Bible, recall those from her Dog Heaven andCat Heaven—wet, thickly painted acrylics in which childlike forms appear against milky backgrounds. A featureless expanse of gray becomes yellow with the turn of a page as God says, “Let there be light.” God creates pale green grass and fruit trees daubed with bright color. When God makes man and woman, Rylant paints them as ash-gray figures standing apart from one another in a field, facing away from viewers and bathed in greenish light. In the penultimate spread, a friendly zebra gazes at a stand of trees bearing red and pink fruit. “He looked at everything he had created and made, and behold, it was very good.” It is the first image in which the created things are shown relating to one another, and the first in which warm feeling is expressed. The predominant impression is one of strange wondrousness as the world comes into being. All ages.

The creation story has been told many times for children, but Rylant’s version presents its wonder in the simplest of ways. The spare text is faithful to the biblical account of those first seven days, but it takes Genesis’ words and distills them to their purest forms, not only making the text suitable for a young audience but also showing children the clarity and precision with which God worked. The narrative also highlights images not easily recalled from the original text. Does the biblical passage really call out whales by name as one of God’s creations? It does, and the two page spread that shows an arc of gray sitting upon the water bears witness to that fact. Rylant, who has occasionally done her own illustrations in the past, offers artwork that is as bold as it is spare. Thick brush strokes turn into arresting skies, seas, and sand; layers of acrylic paint form unique colors that are perhaps yet to be named. Colorful dots on bits of green growing from a brown barbecome fruit trees, and a long, thin line, squiggling along the sand is a snake. As with the best stories, this allows room for readers to add to its creation with their own thoughts and imaginations. — Ilene Cooper

A pleasing addition for fans of Rylant and church libraries looking for multiple versions of Bible tales.