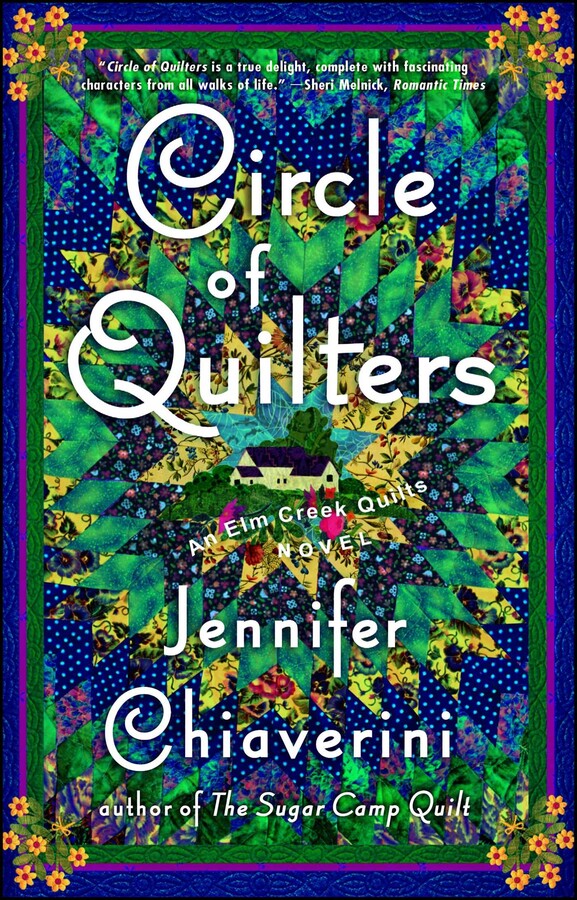 The ninth book in Jennifer Chiaverini's bestselling series—when two of Elm Creek Quilts’ founding members decide to leave the fold, who can possibly take their place in the circle of quilters?

When Elm Creek Quilts announces openings for two new teachers, quilters everywhere are vying to land the prestigious post. The impending departure of two founding members means untold changes for the Elm Creek Quilters. As they begin the interview process, a single question emerges: Who can possibly take the place of beloved colleagues and friends?

"We must evaluate all of the applicants' qualities," advises Master Quilter Sylvia Compson. "Our choice will say as much about us as it says about who we decide to hire." Who merits a place among the circle of quilters? Will it be Maggie, whose love of history shines through in all her projects; Anna, whose food-themed quilts are wonderfully innovative; Russ, the male quilter with a completely original style; Karen, a novice teacher whose gifts for language complement her deep understanding of the quilters' mission; or Gretchen, the soulful veteran whose craft is inspired by quilting tradition?

1. As we meet each of the five quilters, we learn all about how each was introduced to quilting. What is your story? Share with the group how you came to quilting.
2. Karen Wise hopes that her considerable experience as an "amateur" quilter will translate into qualifications enough to land her one of the two spots. But her husband's lack of interest in her dream strains their marriage, and threatens to sabotage her bid. Have you ever gone after a dream or made a decision where you didn't have the full support of family or friends? How have you handled their lack of support? How did it turn out in the end? Or on the other side of the spectrum, have you ever withheld support because you thought a family member or friend was making a wrong decision?
3. Maggie Flynn has come to quilting almost by chance, after a bedraggled quilt, bought at a garage sale for five dollars, turns out to be an important artifact, with a colorful history stretching back more than a century and across the continent. Tell a story about a quilt you have or that you've made that has a real history or story behind it.
4. Russ McIntyre - the only man among the five finalists - first took up quilting as a means of mourning his quilter wife who had lost her battle with cancer. Largely self-taught, Russ sidesteps many of the traditions of the craft, but his wholly original designs have won him fame. How does this combination of different technique and his gender make him an ideal candidate? How does this also make him an outsider?
5. Quilting is a second love for chef Anna Del Maso, whose food-themed quilts convey her desire to open a restaurant of her own one day. Do you see any parallels in creativity between Anna's twin passions, cooking and quilting? What is your personal creative outlet?
6. The oldest of the candidates, Gretchen Hartley is a devotee of traditional quilting techniques, even as many of her fellow quilters move on to modern, machine-aided methods. Gretchen's approach could be called old-fashioned, but what is its value in preserving the traditions of generations of women's ingenius craft?
7. For the members of Elm Creek Quilts, how is accepting new teachers almost like accepting new members to a family?
8. Why do the applicants want to work at Elm Creek Quilt Camp? Is it a place where you would want to work? Why?
9. It's time to vote. Who do you think should have been chosen for the circle? Go around the room and talk about who you would have voted for and how you think this would affect the dynamic of the circle.
10. If you could pick one member to join your circle here, who would you choose? Why?
11. Have you ever been on a jury? How is the idea that the quilters need to achieve a consensus similar? Do you feel like this works? What if they had ended up with a hung jury? 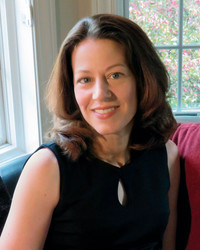 Jennifer Chiaverini is the author of the New York Times bestselling Elm Creek Quilts series, five collections of quilt projects, and several historical fiction novels. A graduate of the University of Notre Dame and the University of Chicago, she lives with her husband and sons in Madison, Wisconsin. To learn more, visit JenniferChiaverini.com.

"New York Times bestselling author Jennifer Chiaverini reaches out to quilters and nonquilters alike in her popular Elm Creek Quilts book series. Pull up a chair -- and join her circle of friends."

"A series that neatly stitches together social drama and the art of quilting."

"Circle of Quilters is a true delight, complete with fascinating characters from all walks of life."