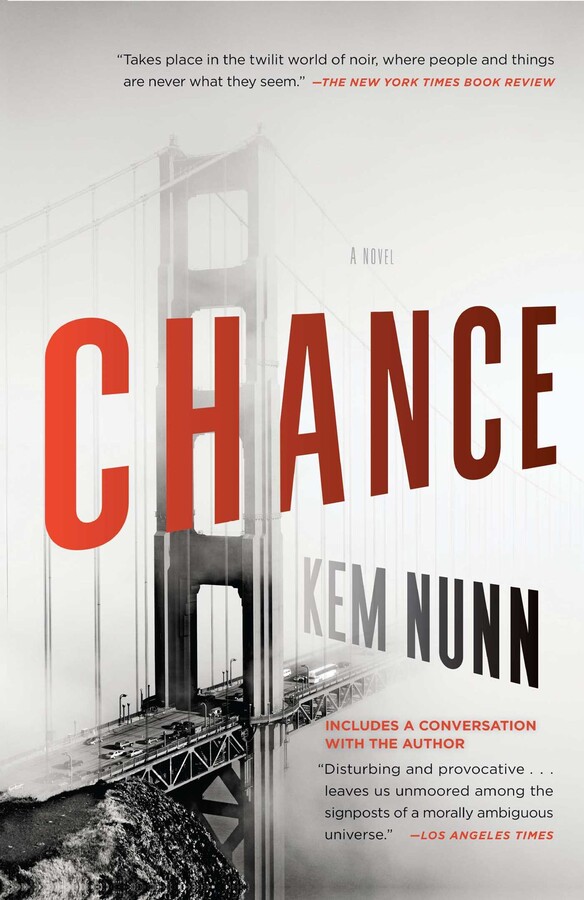 By Kem Nunn
LIST PRICE $11.99
PRICE MAY VARY BY RETAILER

From Los Angeles Times Book Prize winner Kem Nunn and “principal heir to the tradition of Raymond Chandler and Nathanael West” (The Washington Post)—an intense psychological suspense novel about a San Francisco neuropsychiatrist who becomes sexually involved with a woman suffering from multiple personality disorder, whose pathological ex-husband is an Oakland homicide detective.

A dark tale involving psychiatric mystery, sexual obsession, fractured identities, and terrifyingly realistic violence—Chance is set amid the back streets of California’s Bay Area, far from the cleansing breezes of the ocean. Dr. Eldon Chance, a neuropsychiatrist, is a man primed for spectacular ruin. Into Dr. Chance’s blighted life walks Jaclyn Blackstone, the abused, attractive wife of an Oakland homicide detective, a violent and jealous man. Jaclyn appears to be suffering from a dissociative identity disorder. In time, Chance will fall into bed with her—or is it with her alter ego, the voracious and volatile Jackie Black? The not-so-good doctor, despite his professional training, isn’t quite sure—and thereby hangs his fascination with her. Meanwhile, Chance also meets a young man named D, a self-styled, streetwise philosopher skilled in the art of the blade. It is around this trio of unique and dangerous individuals that long guarded secrets begin to unravel, obsessions grow, and the doctor’s carefully arranged life comes to the brink of implosion.

Amid San Francisco’s fluid, ever-shifting fog, in the cool, gray city of love, Dr. Chance will at last be forced to live up to his name. Chance is a twisted, harrowing, and impossible-to-put-down head trip through the fun house of fate, mesmerizing until the very last page. 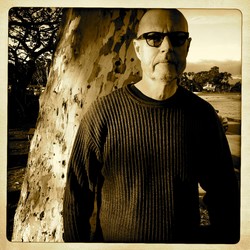 Kem Nunn is a third-generation Californian whose previous novels include The Dogs of Winter, Pomona Queen, Unassigned Territory, and Tapping the Source, which was made in to the film Point Break. Tijuana Straits won the Los Angeles Times Book Award. He lives in Southern California, where he also writes screenplays for television and film.

"Chance takes place in the twilit world of noir, where people and things are never what they seem…For all the mayhem - its ending is delicately funny."

"Sentence by sentence Nunn achieves a muscular eloquence - I almost wrote elegance - unusual in what at first appears to be a genre novel. There hasn't been fiction this good about a San Francisco medical professional gone off the rails over a woman since Frank Norris' deluded dentist in the 1899 novel 'McTeague.'"

“Is it too much to compare Kem Nunn to Raymond Chandler? Like Chandler, Nunn’s great subject is what lies beneath the surface, the desolation that infuses us at every turn. . . The power of this disturbing and provocative novel is that it leaves us unmoored among the signposts of a morally ambiguous universe in which, even after we have finished reading, it is uncertain who has been feeding whom.”

“The book could be considered a pulp masterpiece. It has everything from a femme fatale to a dystopian setting where the California sun is blotted out by a black-ash fog from wildfires burning around the Bay. Chance is the kind of everyman whose bad choices are noir staples. But calling it pulp would undersell the sheer genius of the writing, which uses the convention of mystery-thrillers to create a psychological allegory of Freud’s construct, id, ego and superego at war with themselves.”

“Lives spin out of control and rattle like pinballs through the greedy, self-destructive, violent backdrop of this American life.”

“Kem Nunn’s suspenseful and sinewy thriller demonstrates the mastery of psychological insight and cool observation his readers have learned to rely upon. Nunn’s characters range from pathological multiple personalities to a police detective bent more ways from sundown, all of them dangerous characters who would never for a moment let their professional or personal corruption interfere with murder, especially if it concerns an affair of the heart. That Dr. Eldon Chance, the tormented hero attempting to make his way through the chambered psyches of these lost souls is by profession a forensic psychiatrist makes for a deadly, absolutely satisfying storytelling. Chance is suspenseful contemporary crime fiction unrivaled in its intensity.”

By Kem Nunn
LIST PRICE $11.99
PRICE MAY VARY BY RETAILER