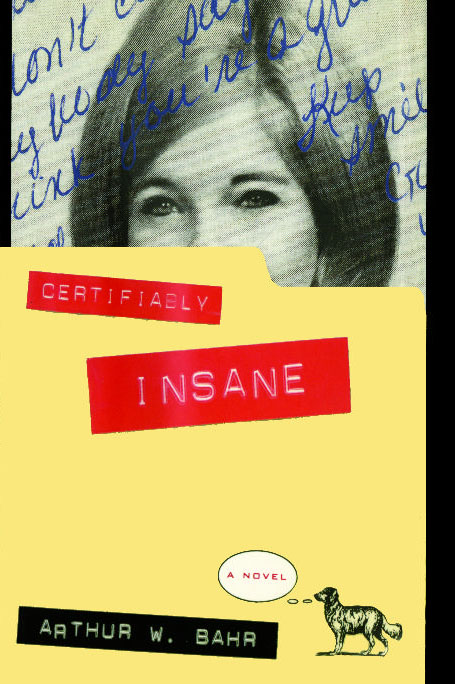 The police found Janice Jensen bathed in blood, sitting on the floor in the lotus position, calmly munching grapes. Her husband, a cop, lay dead on the couch with four bullet holes in his head. Her infant son lay dead in his crib. Janice seemed unaware of the carnage around her. There was no question she had killed them, but was she criminally responsible or certifiably insane?
In Arthur W. Bahr's Certifiably Insane, that is the question forensic psychologist Simon Rose must answer. He must determine whether the real Janice is a pitiful and psychotic aging cheerleader or a shrewd and conniving evil actress. But Simon's experience and considerable expertise haven't prepared him for the likes of Janice Jensen. She shuns analysis, confounds his clinical judgment -- and provokes intense and conflicting emotions.
Kate Newhouse, Janice's defense attorney and Simon's best friend, suspects the problem is that Simon is attracted to Janice. Kate pleads insanity on behalf of her client, but Simon remains unconvinced. Determined to uncover the truth, he finds that he must first revisit his past and come face to face with his own demons.
Surprising secrets, both ugly and beautiful, are uncovered as Simon pulls his family and friends into the psychological circus of Janice's life -- and into danger. Tenderness and rage, friendship and manipulation, seduction and love -- these are the passions that drive the principal players as they unravel the strands of a complicated, violent personality.