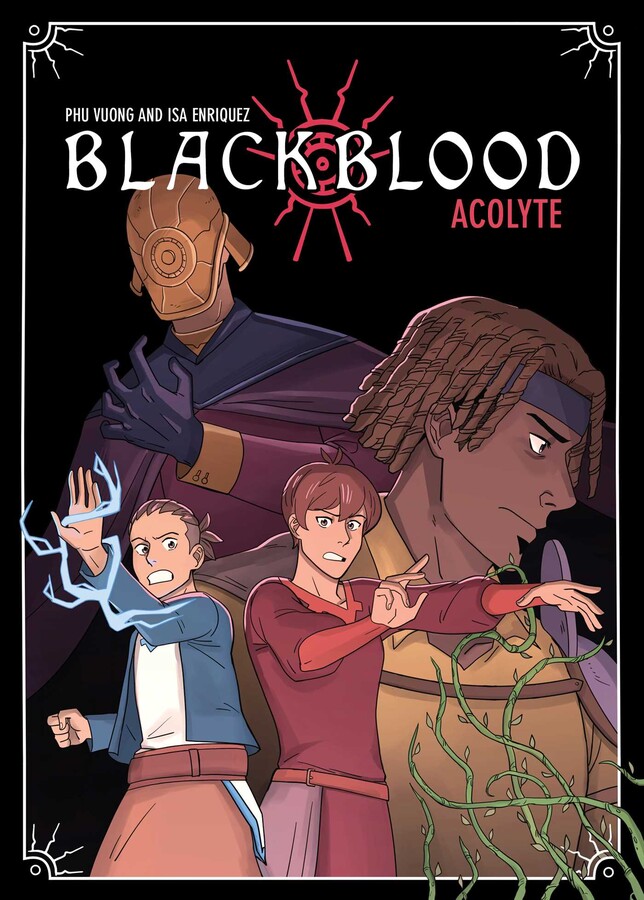 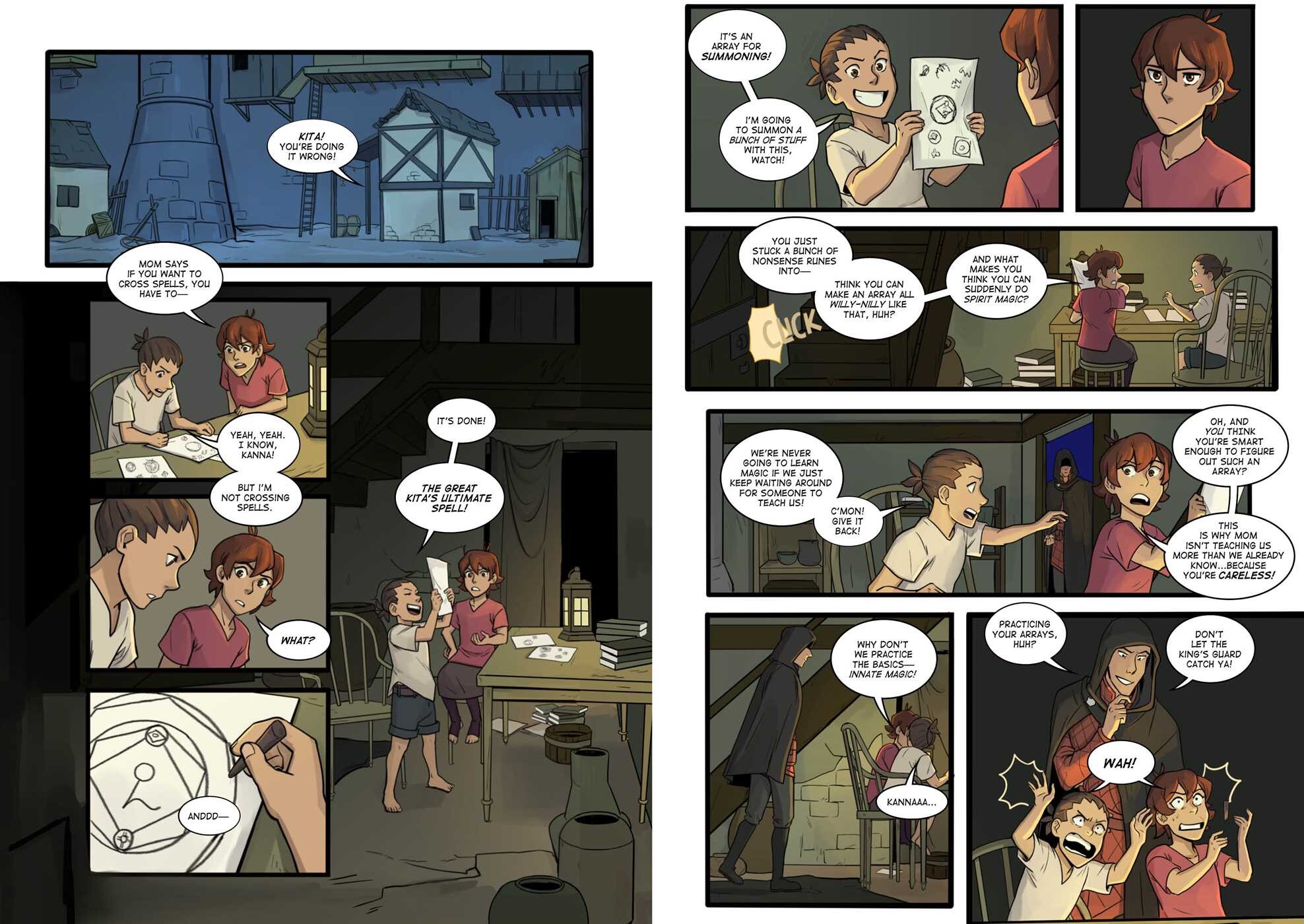 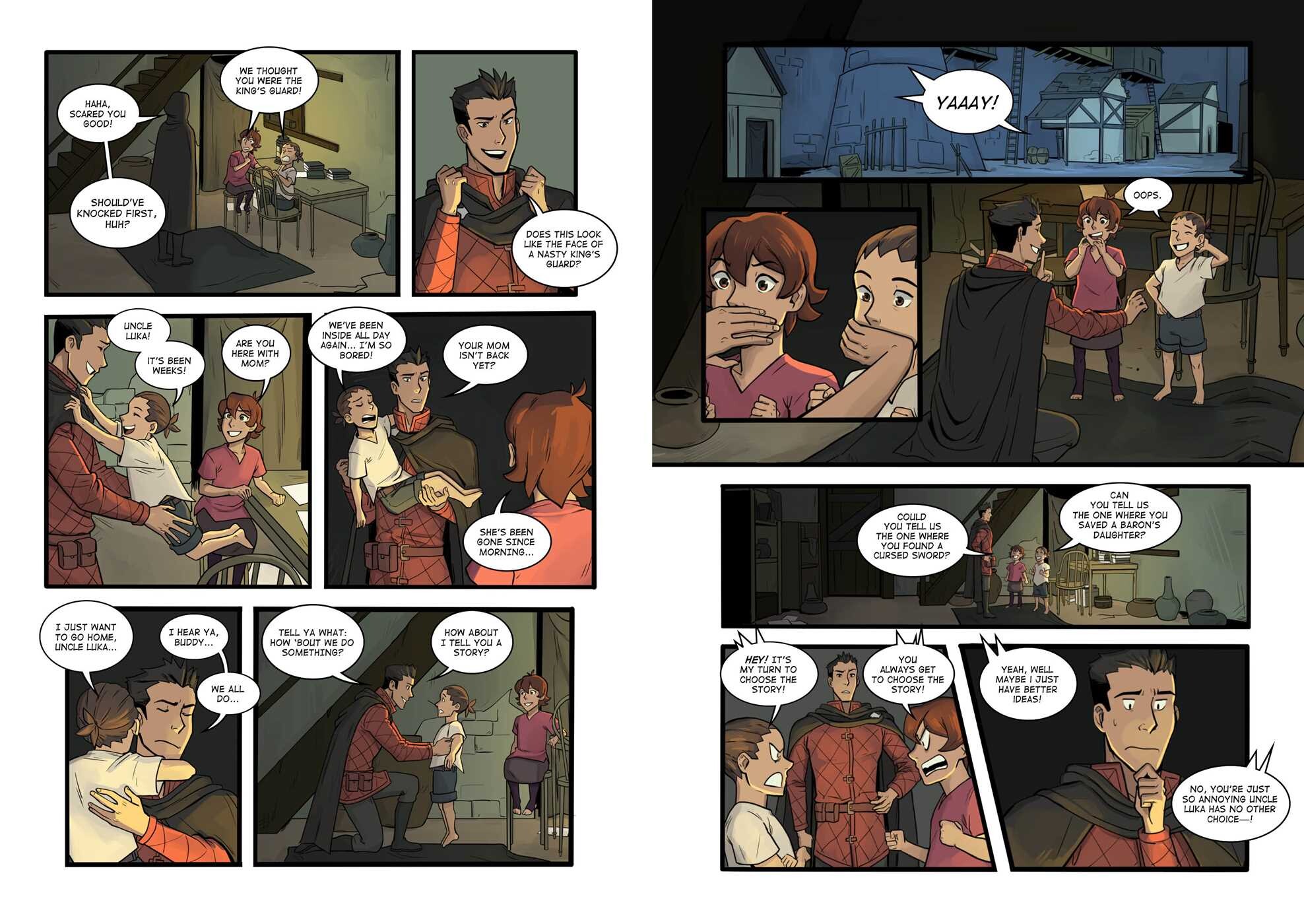 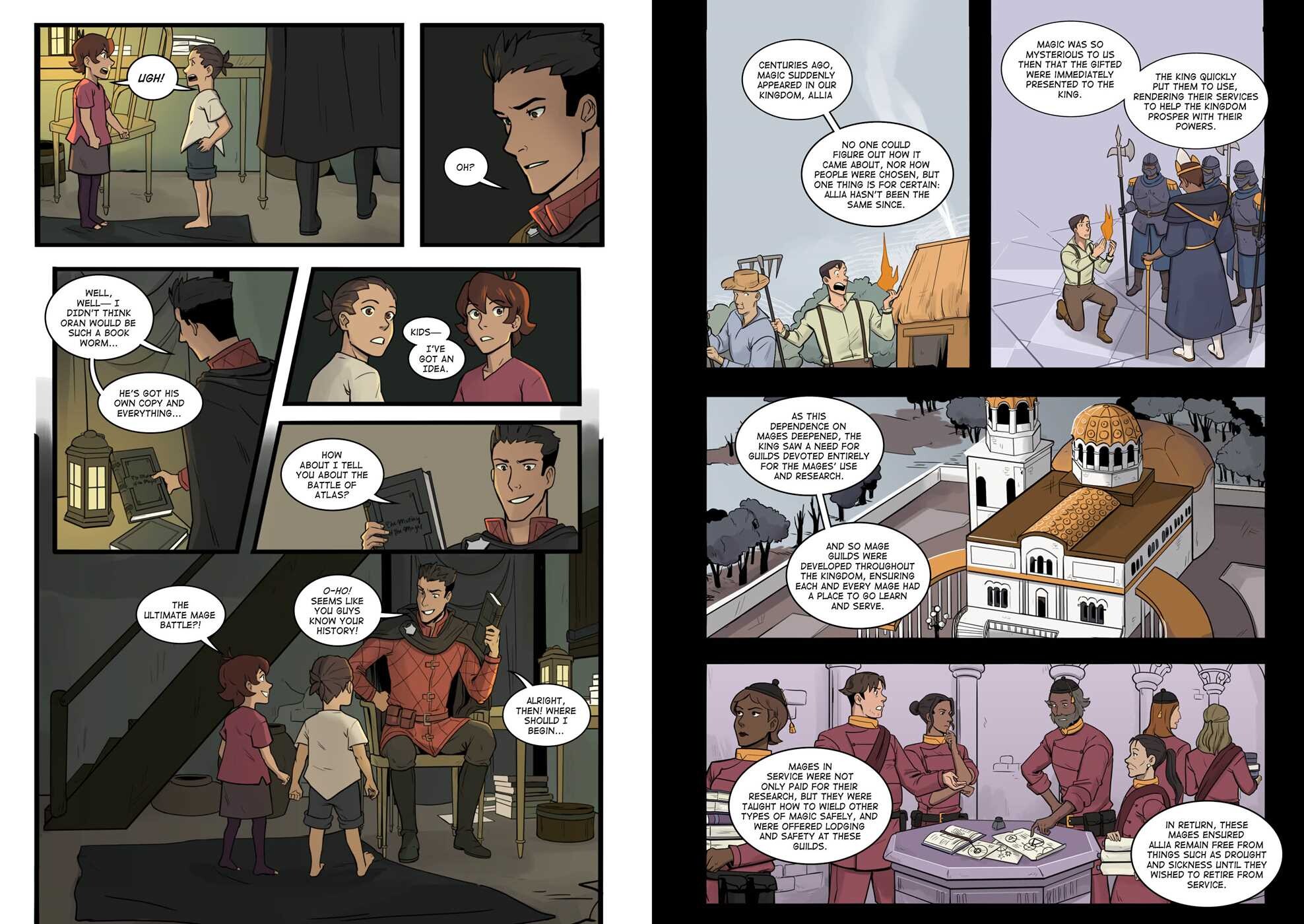 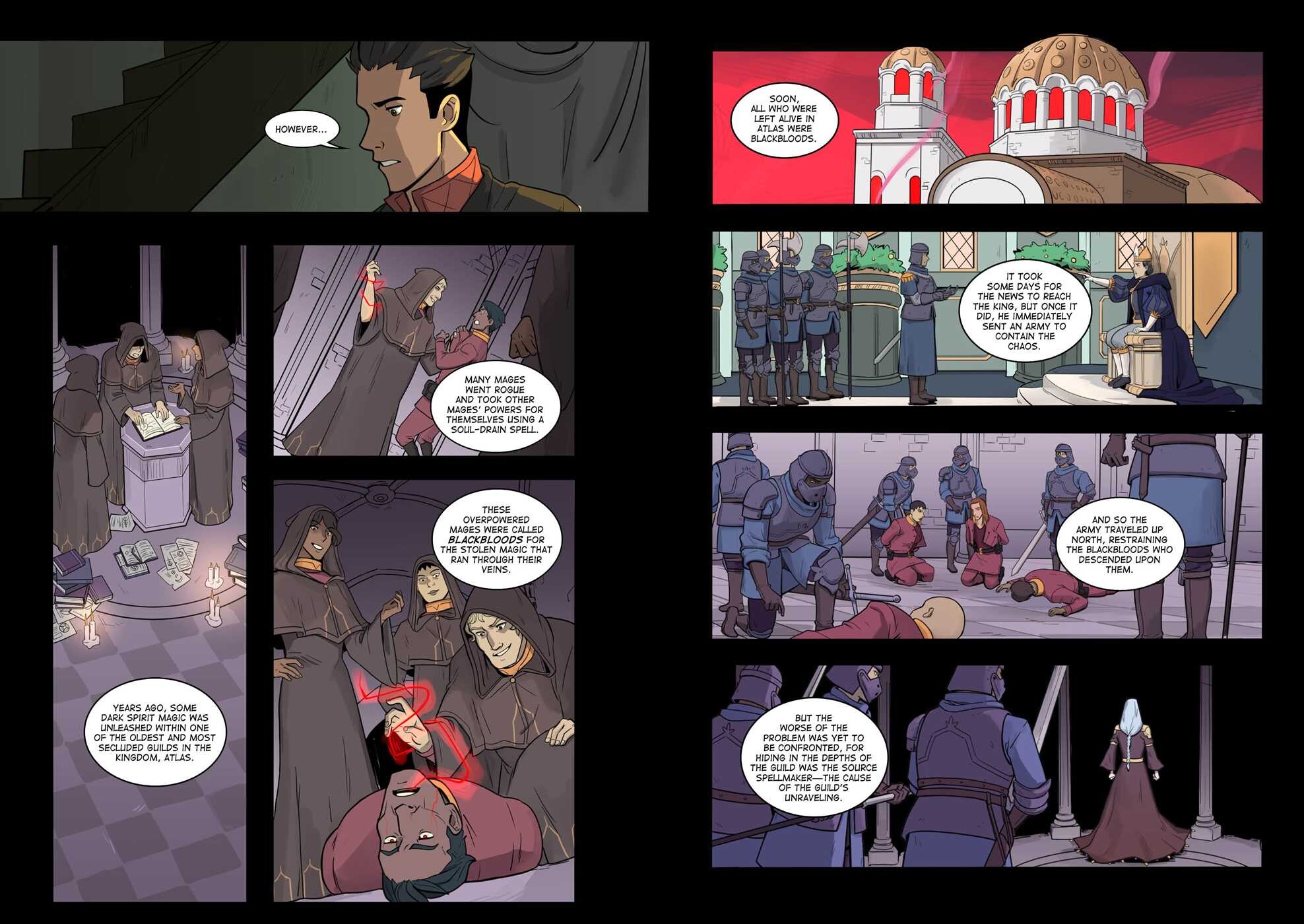 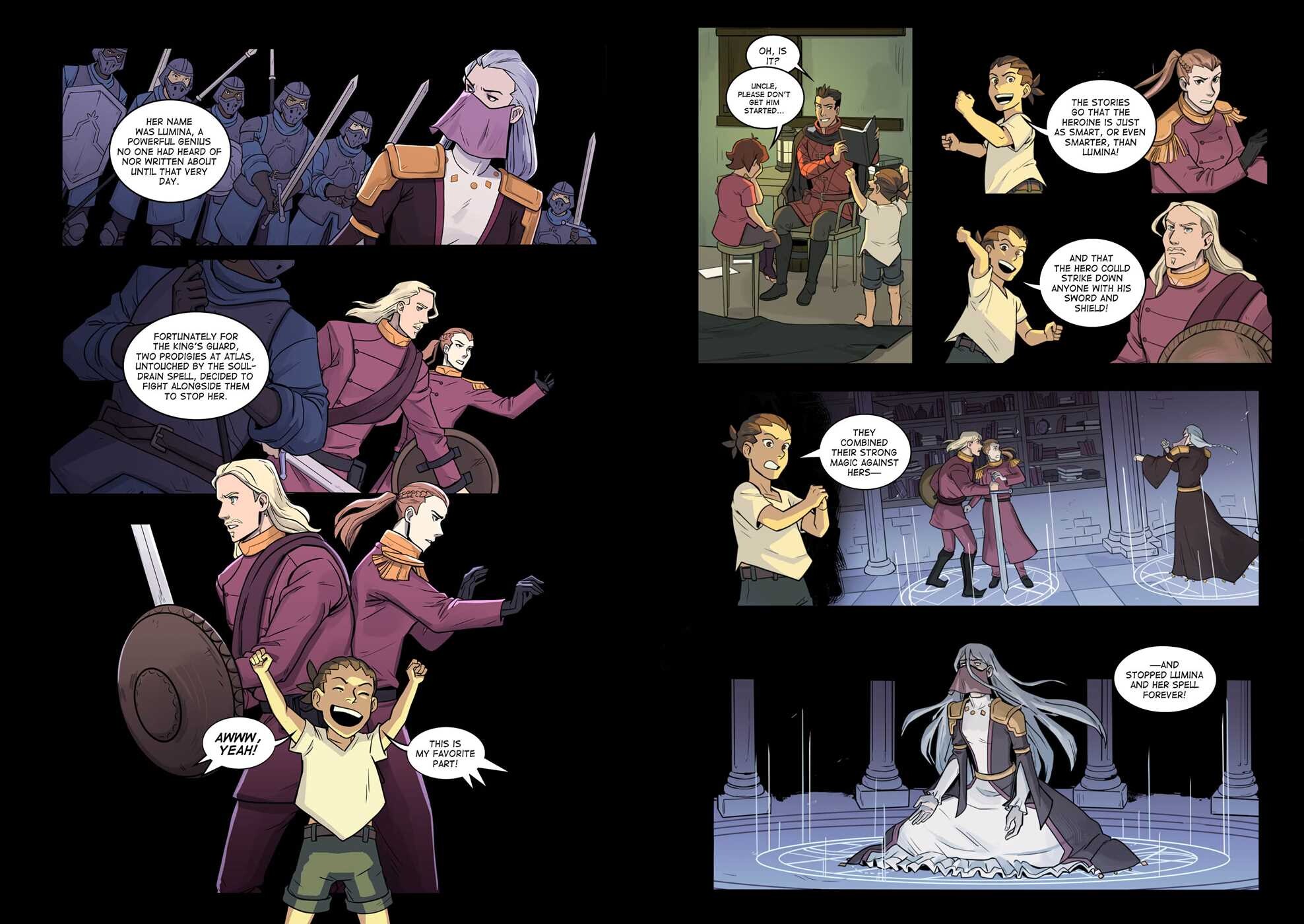 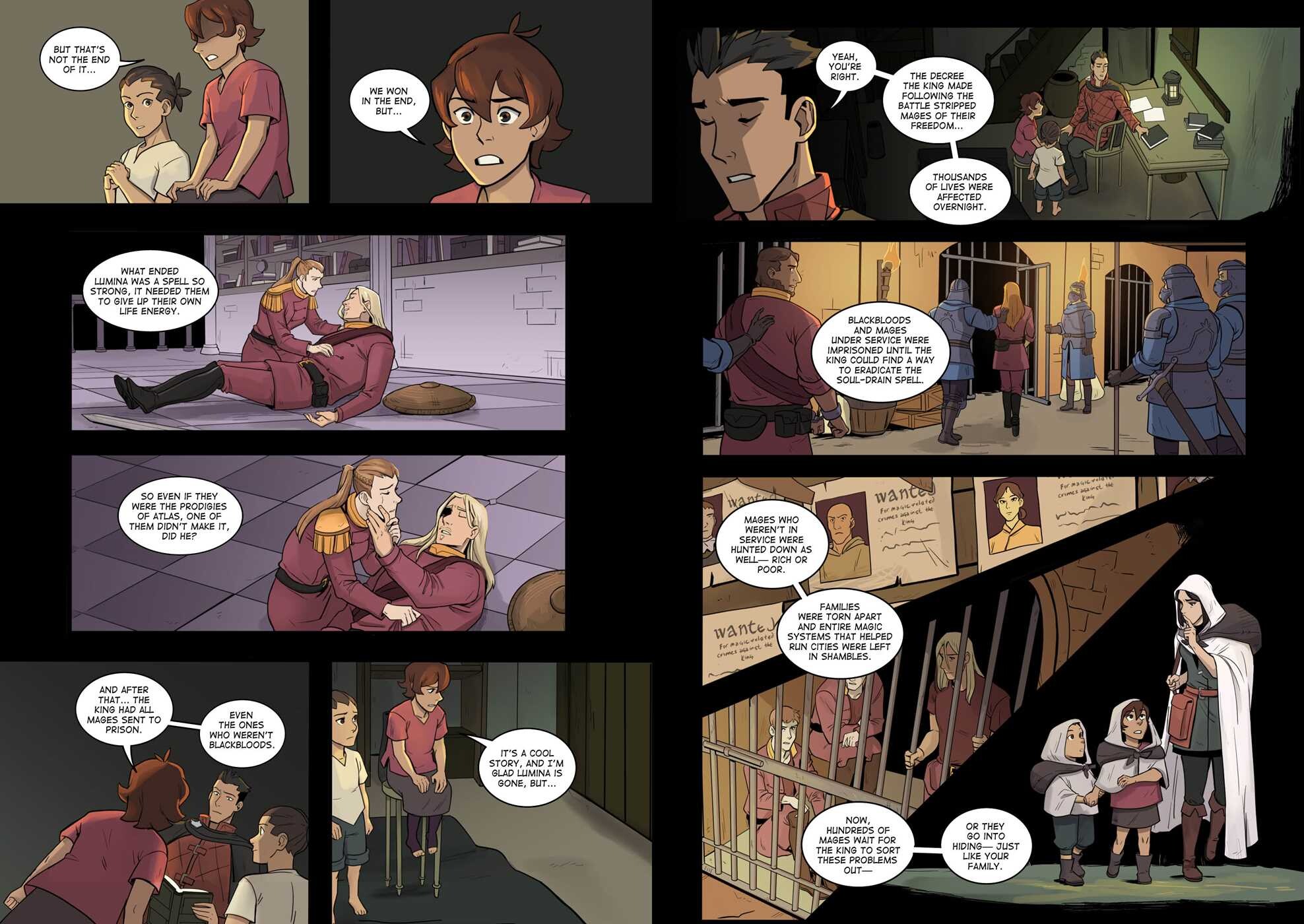 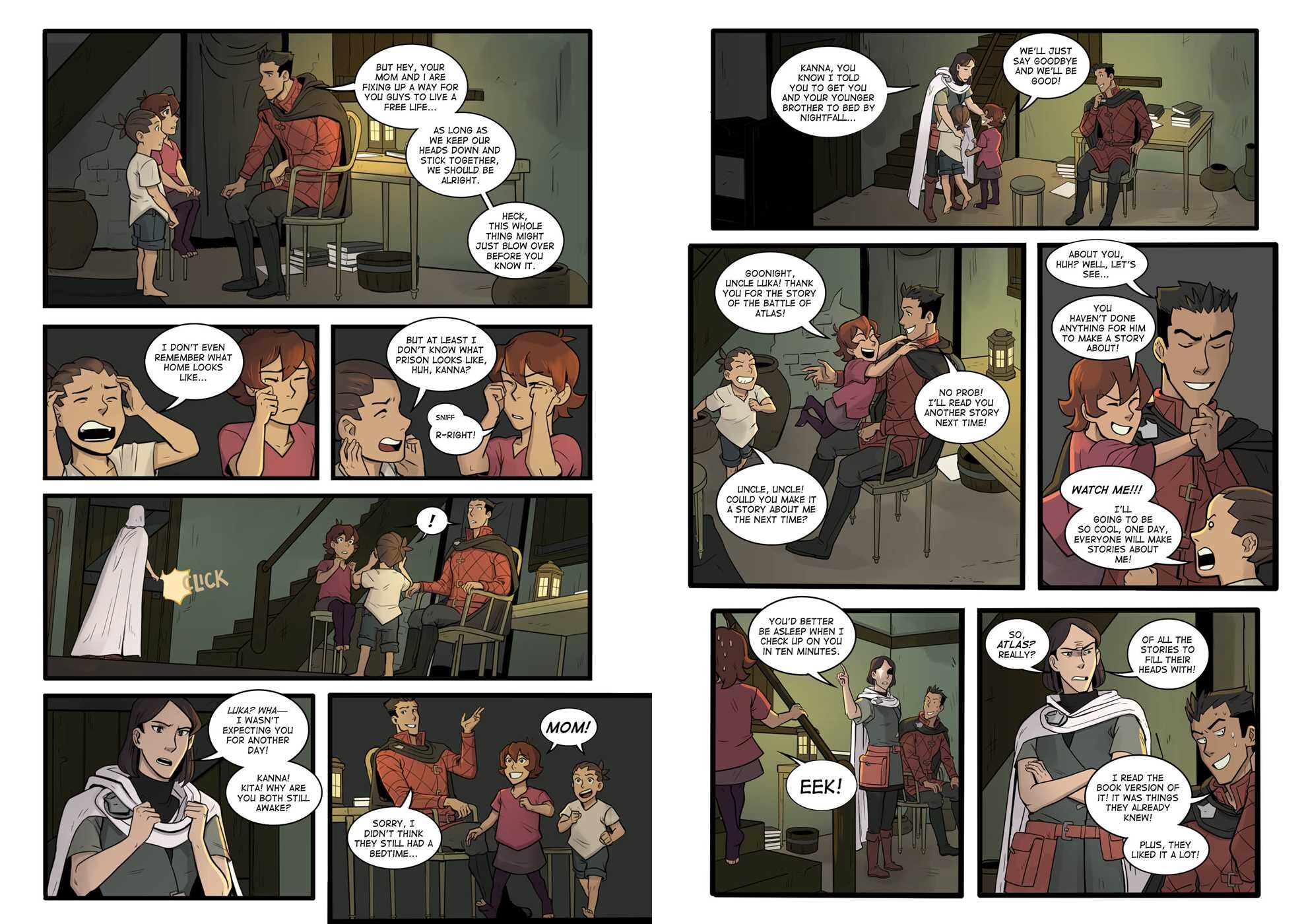 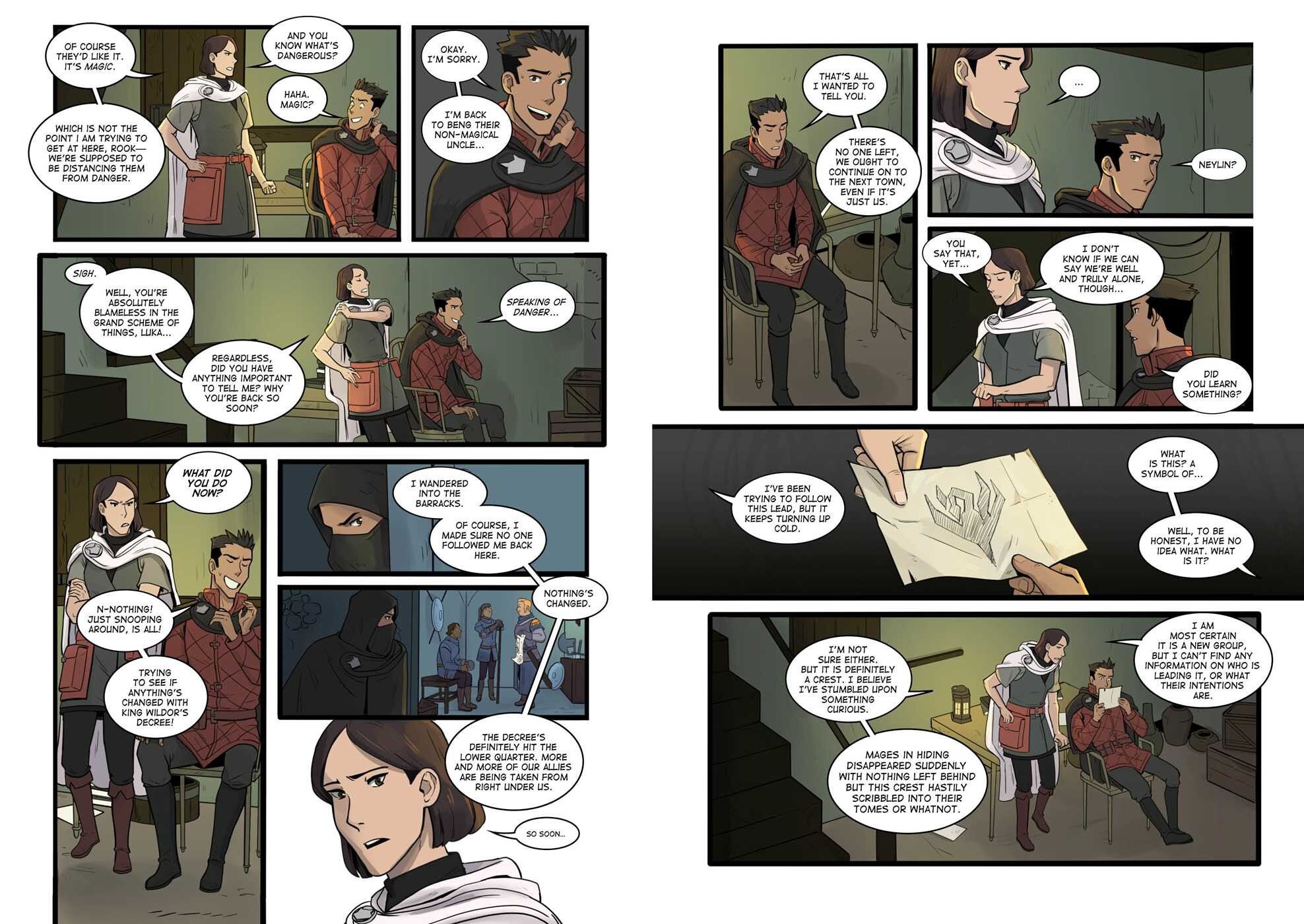 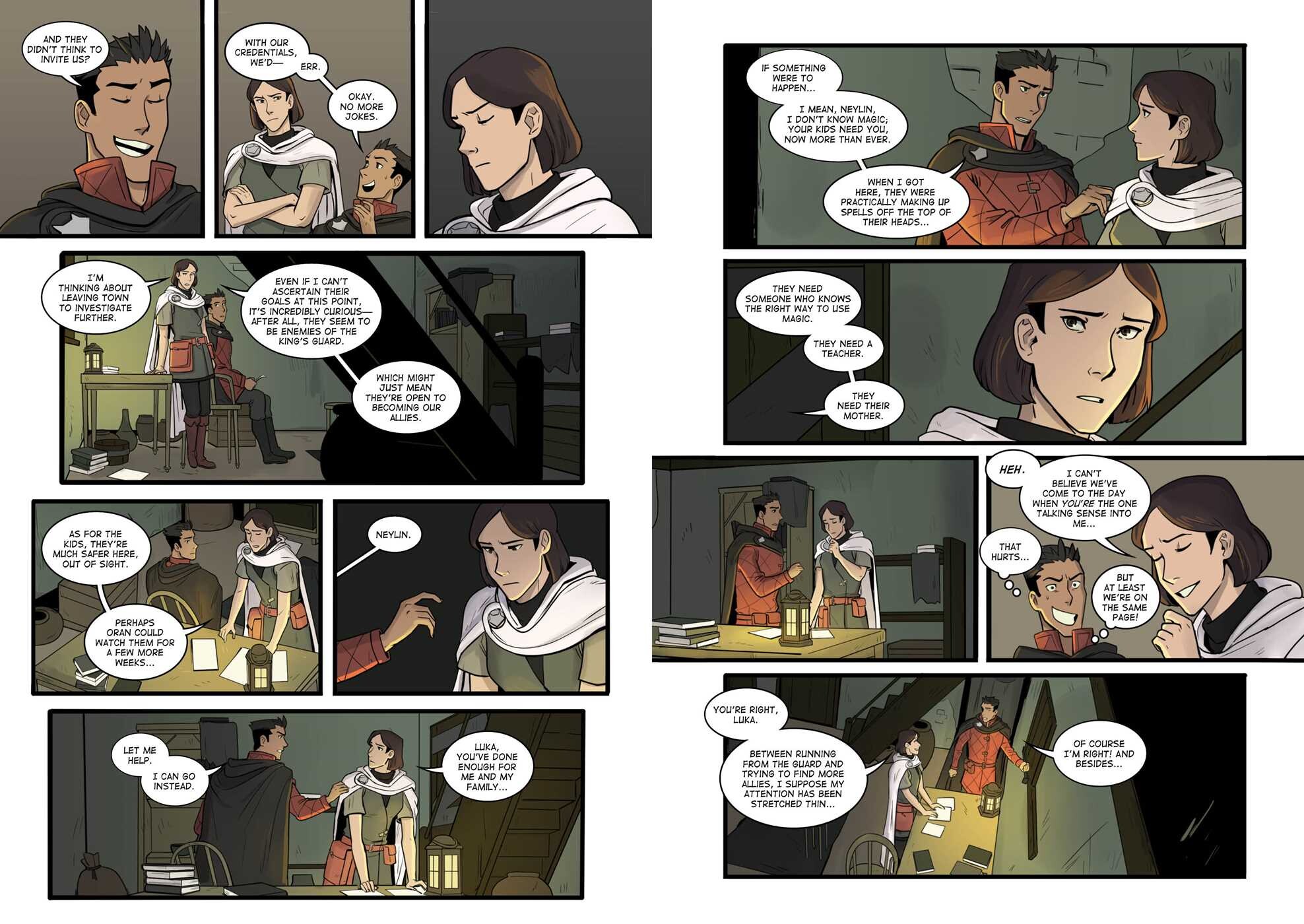 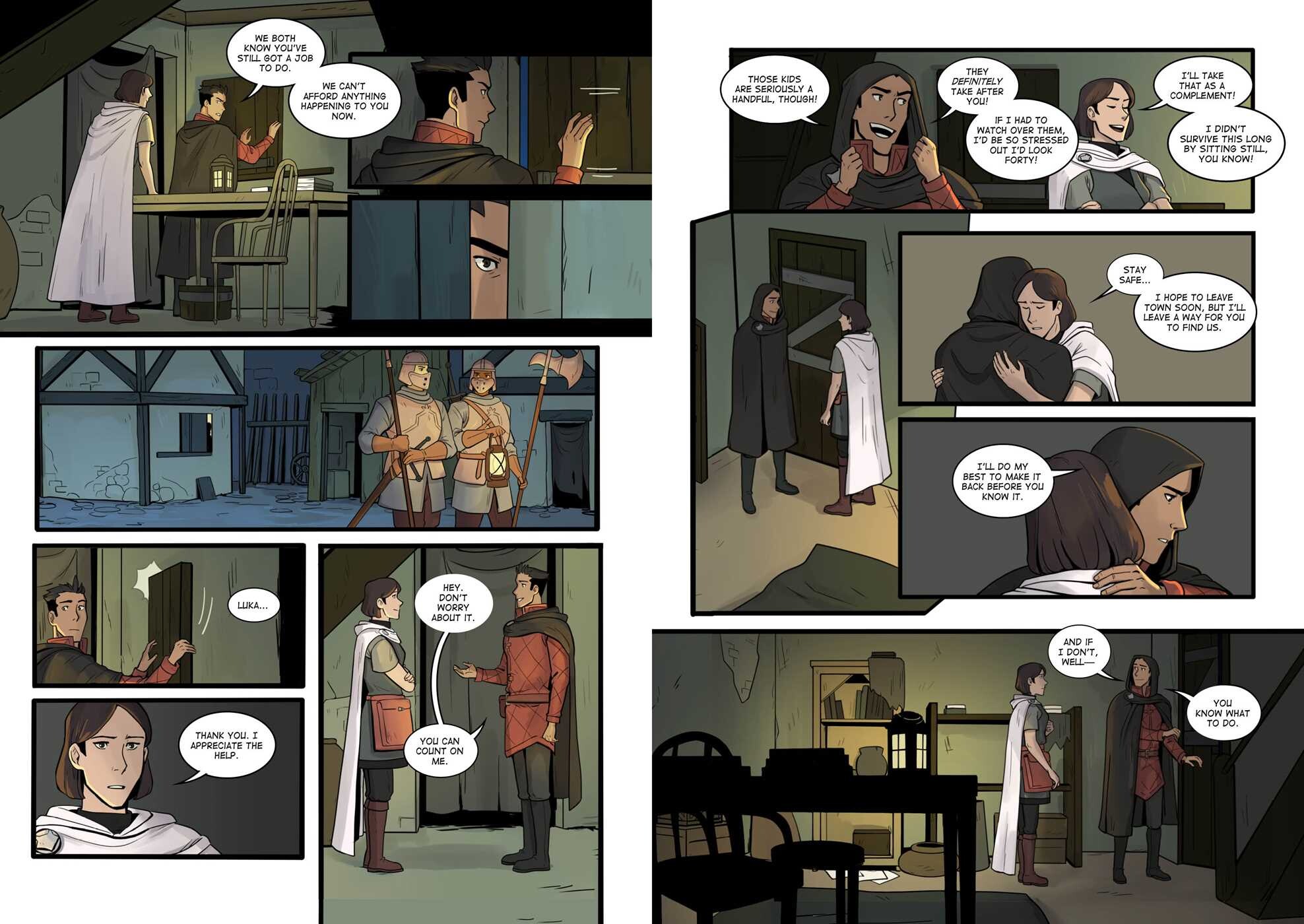 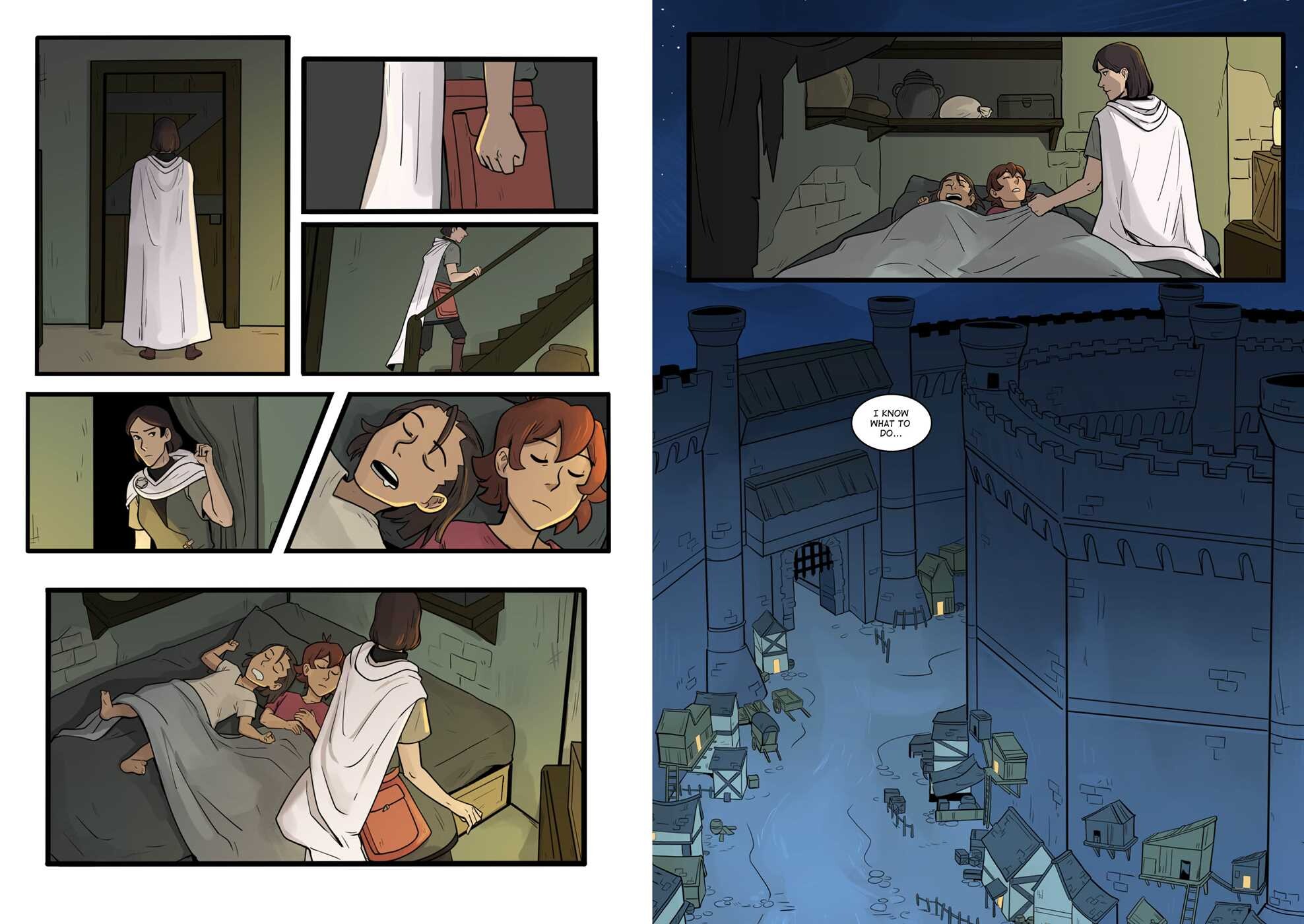 "Vuong's writing is engaging, and his worldbuilding treads a finely drawn line between recognizable and novel, making this work easily accessible and broadly appealing. Enriquez's vibrant illustrations keep a central point of view in their orderly panels, with a decidedly mangalike feel. . . . A fun, quick read sure to hook fantasy fans." --Kirkus Reviews

Told in dual perspectives, this fantastical debut graphic novel with the wit of Nimona and the adventure of Amulet is a whirlwind journey involving mages, mercenaries, escape plans, food fights, and more!

Centuries ago, magic mysteriously appeared in the kingdom of Allia. At first, the mages who could wield it became servants to the king, using their newfound powers for the betterment of society. However, an evil group of mages called Blackbloods went rogue, siphoning magic from their peers before they were stopped. But after that, the king imprisoned all mages, Blackblood or not.

Years later, mage siblings Kanna and Kita are in hiding, careful to avoid being taken by the King's Guard. Despite the looming threat of imprisonment, Kita dreams of becoming a powerful mage, while Kanna is content living in the shadows. Kita gets the chance to prove himself when bandits invade their camp, only to realize that he lacks control over his magic when they kidnap Kanna. Now Kita, with the help of a mercenary, Toran, must rescue his sister from the dangerous gang, while Kanna tries to find her own way to escape.

What do the bandits want with Kanna? And will Kita be able to save his sister without getting found out as a mage?

In a kingdom where magic must be hidden, two siblings find themselves divided.
In this full-color graphic novel, brother and sister Kita and Kanna live in the kingdom of Allia with their mother, Neylin. After a violent uprising by a faction known as Blackbloods, mages like them were forced underground, fearing imprisonment by King Wildor. When a gang calling themselves the Braves kidnaps Kanna and shoots Neylin with a poisoned arrow, leaving her life in the balance, Kita must venture out on his own to save her. On his journey, faint with hunger, he is rescued by Toran, a mercenary with a mysterious connection to the Braves. Working together, they infiltrate the crumbling Castle of the Braves. Believing he has finally found Kanna, Kita is shocked when she makes an unexpected choice involving a shadowy masked stranger who promises to reveal truths that Neylin has hidden about magic and their pasts. Unfolding in propulsive and compulsively readable chapters, Vuong's writing is engaging, and his worldbuilding treads a finely drawn line between recognizable and novel, making this work easily accessible and broadly appealing. Enriquez's vibrant illustrations keep a central point of view in their orderly panels, with a decidedly mangalike feel. Kita and Kanna present White; Toran has dark skin, and background characters show a range of skin tones.
A fun, quick read sure to hook fantasy fans.