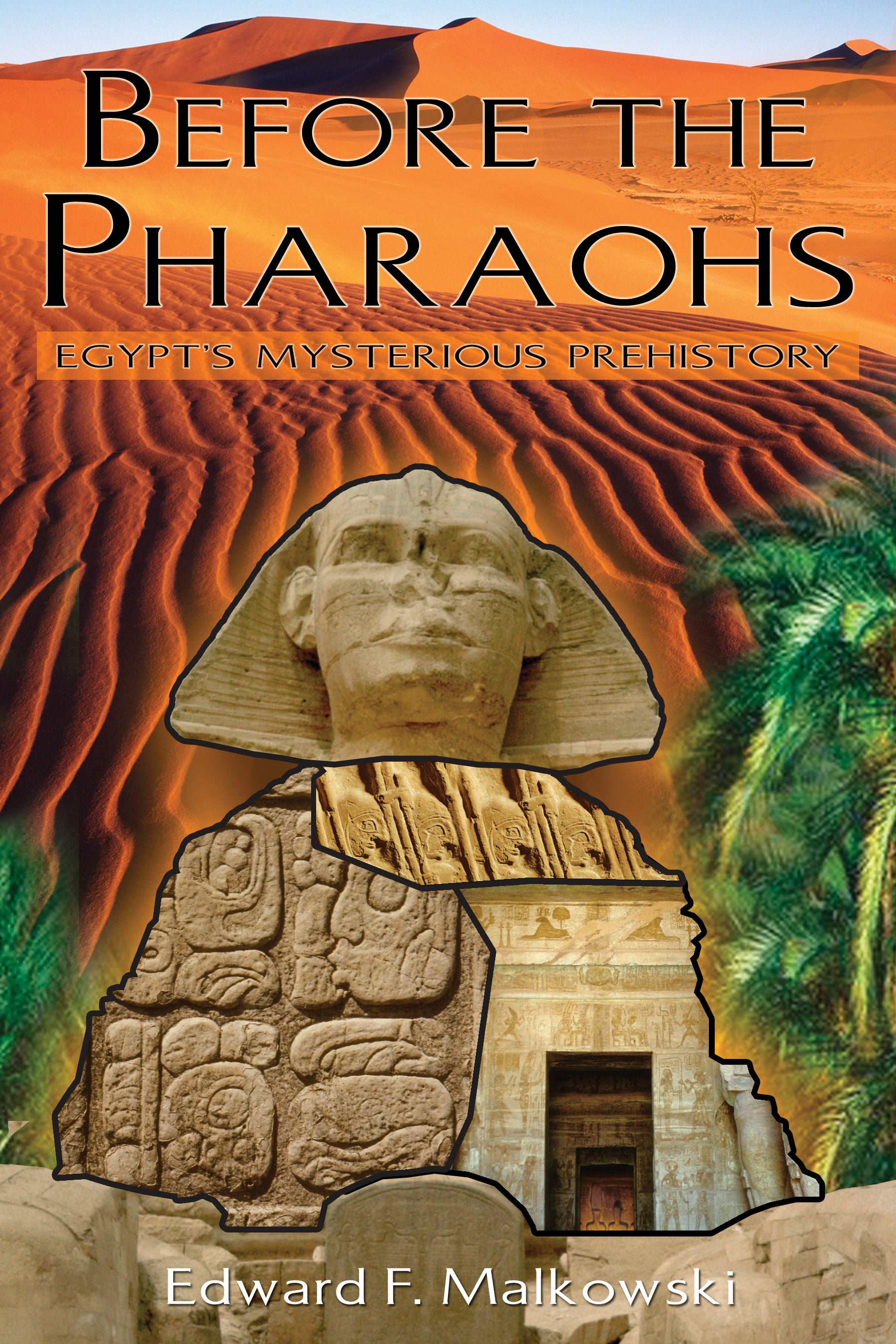 Presents conclusive evidence that ancient Egypt was originally the remnant of an earlier, highly sophisticated civilization

• Supports earlier speculations based on myth and esoteric sources with scientific proof from the fields of genetics, engineering, and geology

In the late nineteenth century, French explorer Augustus Le Plongeon, after years of research in Mexico’s Yucatán Peninsula, concluded that the Mayan and Egyptian civilizations were related--as remnants of a once greater and highly sophisticated culture. The discoveries of modern researchers over the last two decades now support this once derided speculation with evidence revealing that the Sphinx is thousands of years older than Egyptologists have claimed, that the pyramids were not tombs but geomechanical power plants, and that the megaliths of the Nabta Playa reveal complex astronomical star maps that existed 4,000 years before conventional historians deemed such knowledge possible.

Much of the past support for prehistoric civilization has relied on esoteric traditions and mythic narrative. Using hard scientific evidence from the fields of archaeology, genetics, engineering, and geology, as well as sacred and religious texts, Malkowski shows that these mythic narratives are based on actual events and that a highly sophisticated civilization did once exist prior to those of Egypt and Sumer. Tying its cataclysmic fall to the mysterious disappearance of Cro-Magnon culture, Before the Pharaohs offers a compelling new view of humanity’s past.

BU WIZZER
Land of the Neters

During the reign of Ramses the Great (1314-1224 BC) an unknown scribe created a list of all the kings of Egypt as far as memory would serve. The list, known as the Turin Papyrus, contained ten rulers who lived before Dynastic Egypt, a time for which there is no history. Records such as this hint at an oral tradition that was maintained since 3000 BC and dates back at least until the 12th century BC. In his book The Land of Osiris, Egyptologist Stephen Mehler outlines this tradition in a chapter called “Introduction to Khemitology” as it was explained to him by an Egyptian “master” and wisdom keeper named Abdel’El Hakim Awyan.

The indigenous tradition that Abdel’El Hakim Awyan represents is one of long-standing oral teaching that goes back thousands of years, before the introduction of writing. According to this ancient tradition, Khemitian civilization is nearly 70,000 years old and was based upon a matriarchal way of life centered on an ancient river system eight miles to the west of the Nile Valley called the Ur Nil.

The ancient Khemitians originally called their land Bu Wizzer. Bu means land, and Wizzer is the correct Khemitian title for “God,” which the Greeks named Osiris. It covered the land from Abu Ruwash in the North to Dashur in the South, bordered by the Libyan Desert to the west and Helwan to the east, and incorporated Giza, Sakkara, Dahshur, Zawiyet el Aryan, Abusir, and Abu Gurab (site of an ancient ruined obelisk).

The Civilization that Once Was

One can easily surmise that the idea of this ancient civilization of Bu Wizzer is unfounded and pure speculation. It runs counter to established theories concerning mankind and civilization. So what could possibly lead one to believe that Egyptian civilization is far older than ever imagined? In a word, evidence. If eight feet of water erosion did not exist on the walls of the Sphinx enclosure, if the alignments of Nabta Playa did not exist, if thousands of pieces of precision-made stoneware had never been found within the Sakkara complex, and if the Great Pyramid could not be effectively explained as a machine, then it should be relinquished that Egyptian civilization began shortly before the third millennium BC. But that is not the case.

In order for the described evidence to make sense, there must have been a civilization existing before the end of the Ice Age that reached a high state of knowledge and technology, just like the indigenous Egyptian tradition suggests. If this civilization did indeed exist, it would explain the gap in mankind’s history that exists from 12,000 to 5,000 years ago. One can interpret that mankind, during this period, was first beginning to organize and become “civilized.” However, it can also be viewed that mankind was recovering from a catastrophe of, at least, regional proportions.

Researchers, such as Davis Hatcher Childress, Graham Hancock, John Anthony West, and others, have pointed out that the oldest megalithic structures are the most magnificent and of high precision, not to mention that the builders of these structures moved giant stones, some of which weigh more than fifty tons. All while mankind was just beginning to organize into civilization? It makes little sense that their technical know-how would deteriorate as civilization progressed. It makes more sense that these grand cyclopean structures are the ruins of a once intelligent, vibrant, and prosperous civilization that lived in and around the Mediterranean and North Africa, that was decimated by some catastrophic event. It also makes sense that the remnants of this civilization reorganized and began to rebuild the society they once had.

I put forth the theory that the mysterious appearance of Cro-Magnon in Western Europe was not a sudden burst of mankind coming into being. In fact, it is no mystery at all but the natural expansion of an already existing culture in North Africa and the Mediterranean. During the Ice Age, sea levels were nearly 400 feet lower than current levels. So the Mediterranean would have been significantly smaller than it is now, exposing millions of square miles of coast that are now under water. A likely scenario would be that four or five large lakes existed, akin to today’s Great Lakes of North America. And it is near these lakes and rivers that a civilization would build for a ready supply of water and food as well as transportation.

As the Ice Age ended, vast glaciers in the northern hemisphere melted, feeding the rising sea levels. At some point in time the natural dam at Gibraltar, which separated the Atlantic Ocean from the Mediterranean Basin, gave way. An ensuing wall of water charged to the east destroying everything in its path. Sea levels continued to rise, and finally, the new Mediterranean Sea broke forth into the Black Sea Basin around 5600 BC. The civilization that once existed was washed away in a violent surge, but there were those that survived. Particularly, the Khemitians of the Nile Valley and the Oases of the Western Desert avoided destruction because of their favorable position within the continent of Africa. As time went on, refugees and explorers from eastern areas moved into Egypt and joined the struggling people of Bu Wizzer. The older, indigenous culture maintained leadership and continued life. They were the Africans, and the newcomers, those who have been identified as Mediterranean types, were foreigners and likely made up the common people in Egypt’s early society. Over time, the more numerous commoners mixed with the aboriginals. So did their culture, and by the onset of historical times, a patriarch-based culture replaced the matriarchal one of Bu Wizzer. Despite the dilution of culture, their knowledge and technology continued, forming the great civilization of historical Egypt.
Edward F. Malkowski

“Ed Malkowski has presented a concise digest of modern research on the early origins of human civilization. His insights regarding the emergence of Cro-Magnon man alone are worth the price of the book!”

". . . a fascinating look at the secrets of the pyramids, the Sphinx, and Egypt in the time before recorded history."