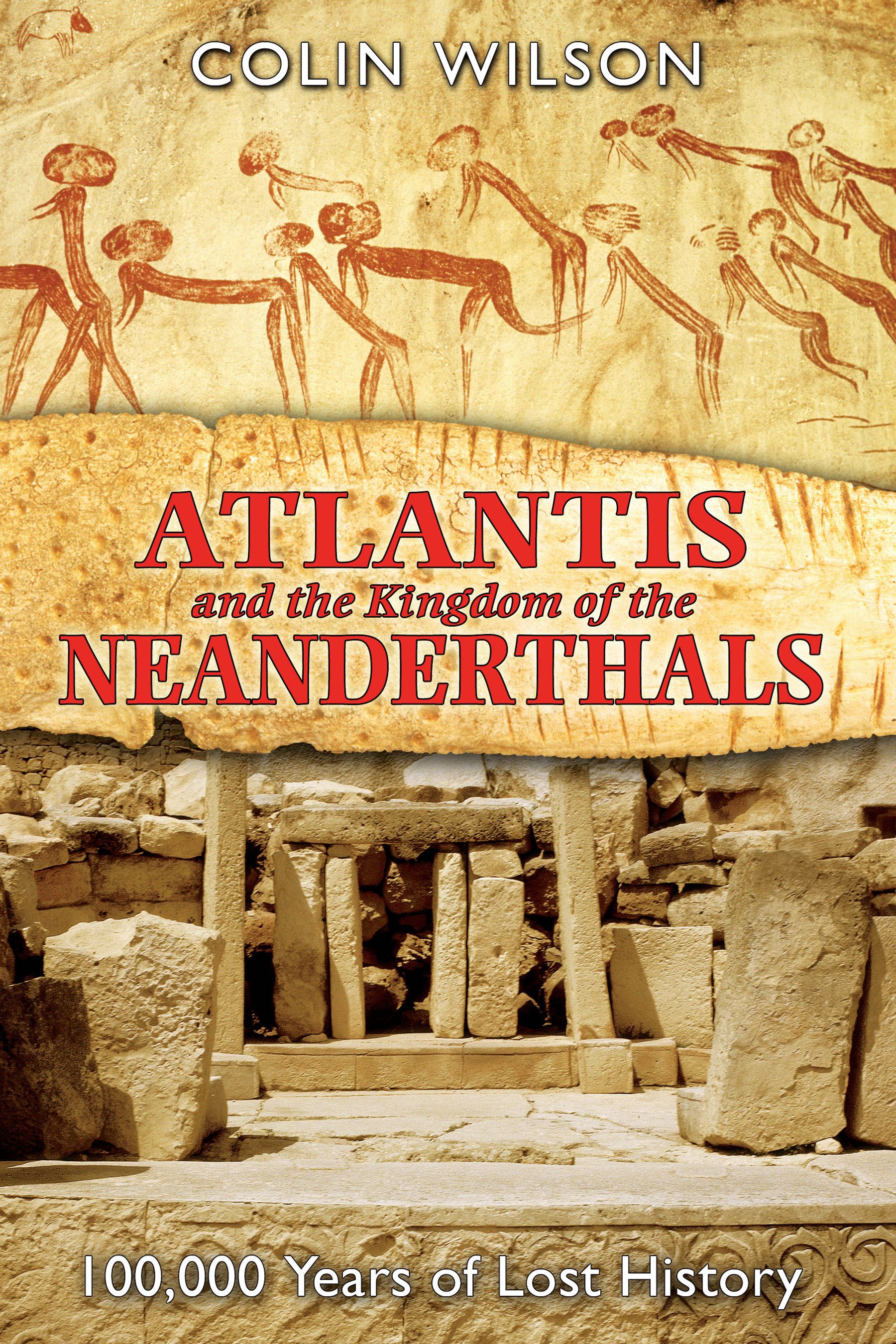 Atlantis and the Kingdom of the Neanderthals

By Colin Wilson
LIST PRICE $20.00
PRICE MAY VARY BY RETAILER

The history of Neanderthal influence from Atlantis to the contemporary era

• Explores the unexplained scientific and architectural feats of ancient civilizations

• Presents an alternative history of humankind since 7500 B.C. with an emphasis on esoteric traditions and the history of Christianity from the Essenes onward

In Atlantis and the Kingdom of the Neanderthals Colin Wilson presents evidence of a widespread Neanderthal civilization as the origin of sophisticated ancient knowledge. Examining remarkable archaeological discoveries that date back millennia, he suggests that civilization on Earth is far older than we have previously realized. Using this information as a springboard, Wilson then fills in the gaps in the past 100,000 years of human history, providing answers to previously unexplained scientific and architectural feats of ancient civilizations.

Wilson shows that not only did Atlantis exist but that the civilizing force behind it was the Neanderthals. Far from being the violent brutes they are traditionally depicted as, Wilson shows that the Neanderthals had sophisticated mathematical and astrological knowledge, including an understanding of the precession of the equinoxes, and that they possessed advanced telepathic abilities akin to the “group consciousness” evident in flocks of birds and schools of fish. These abilities, he demonstrates, have been transmitted through the ages by the various keepers of the hermetic tradition--including the Templars, Freemasons, and other secret societies. In the course of his investigation, Wilson also finds new information about historical links between the Masonic tradition and the Essenes that indicate that America was “discovered” long before Columbus set sail and that Jesus actually survived crucifixion and fled to France with his wife Mary Magdalene.

Or could he have meant something quite different? After all, Stonehenge and Tiahuanaco reveal high levels of science without anything that looks like technology. In Time Stands Still by Keith Critchlow, there are some extraordinary facts about Babylonian mathematics. These were calculations about the sides of Pythagorean triangles--the amazing thing being that, in spite of their crude number system, the Babylonians seemed to have no difficulty in multiplying huge numbers like 18,541 by itself, the product of which exceeds 343 million. Yet apparently they did not even possess the simple algebra for working out the hypotenuse of a right angle triangle. Critchlow concluded that people in the remote past possessed some sort of immediate perception of the general relationships existing between these numbers. In other words, they saw the answer, as you and I can see that 2 times 2 equals 4.

That sounds absurd--until we remember the story of five-year-old Benjamin Blyth, who took only half a minute to work out how many seconds he had been alive, including leap years.

How can such things be possible? Mathematical calculation is an ability that human beings have developed after thousands of years of civilization. Yet apparently it can be done by people without any kind of intellectual sophistication--in fact, they do it far better than the rest of us.

The psychiatrist Oliver Sacks has described a pair of subnormal twins in a New York mental hospital who amuse themselves by swapping twenty-four figure primes. There is no mathematical short cut to discovering whether some huge number is a prime or not--you simply have to keep on dividing every other number into it. Even a computer has to do it “the long way.” It is as if the mind of the twins can hover in the air, like a hawk, over the whole number field, and pounce on prime numbers as if they were rabbits. According to Critchlow, this is how the Babylonians were able to work out a right angle triangle whose size ran to thousands of feet. It probably also explains the Nineveh number studied by Maurice Chatelain. What is being suggested is that Benjamin Blyth and the creator of the Nineveh number were able to access this bird’s eye view at will, whereas for modern man everything is separate, disconnected.

In From Atlantis to the Sphinx, I spoke about the anthropologist Edward Hall, who tells how one of his students decided to film a group of children in a school playground. After watching this film several times, Hall's students began to sense an underlying beat. One student took a tape from his collection and played it alongside the film. The children seemed to be dancing to the rock music, as if they had been choreographed. They were apparently dancing to some underlying rhythm of which they were unconscious. This is why Hall calls his book The Dance of Life. And Schwaller de Lubicz declared in his book Sacred Science: “Every living being is in contact with all the rhythms and harmonies of all the energies in his universe.”

How is it that we become disconnected from all the energies of the universe? By developing a kind of mechanical perception to cope with the complications of our crowded lives. For a child everything seems new and exciting, “the glory and the freshness of a dream.” This is because he lives in the present, and everything appears sharp and clear. Then shades of the prison house begin to close upon the growing youth, as life becomes more difficult and demanding. And by the time he reaches adulthood, he is always in a hurry, and the “glory” has faded into the light of common day.

All that this means, of course, is that he no longer puts the effort into seeing things. When a child sits in front of his favorite television program, he turns his full attention on it--so much so that he often fails to hear when you speak to him. And everyone can remember that delightful feeling of listening to the rain pattering on the windows. One girl I knew told me she used to roll herself into a ball and say: “Isn't it nice to be me?” And indeed, it is nice to be you--provided you turn your full attention on it, and don't permit any “leakage.” But this is precisely what we do as we grow up--we spread our attention too thin, and then accept that diluted version of reality as the real thing. And so the “certain blindness” sets in.

Animals don't do that. They live comfortably in the present, and turn their total attention to anything that interests them. We “civilized” humans have forgotten how to do this. And we are not even aware we are short-changing ourselves, because we think this is the way things are. The strange implication would seem to be that, in becoming a “left brainer,” modern man actually lost an important part of his rational faculty.

Colin Wilson (1931-2013) was a prolific author whose works include the bestselling The Outsider, From Atlantis to the Sphinx, and his autobiography, Dreaming to Some Purpose. He was also the coauthor, with Rand Flem-Ath, of The Atlantis Blueprint.

"Atlantis and the Kingdom of the Neandertahals is a fascinating contribution to the debate about ancient civilizations, written with rare psychological insight, and a more than worthy addition to Wilson's canon."

“Somewhere in the far distant past may not be far enough or distant enough to tell us the truth of our beginnings. Atlantis and the Kingdom of the Neanderthals, 100,000 years of Lost History is a great way to start re-configuring what we know.”

Atlantis and the Kingdom of the Neanderthals

By Colin Wilson
LIST PRICE $20.00
PRICE MAY VARY BY RETAILER