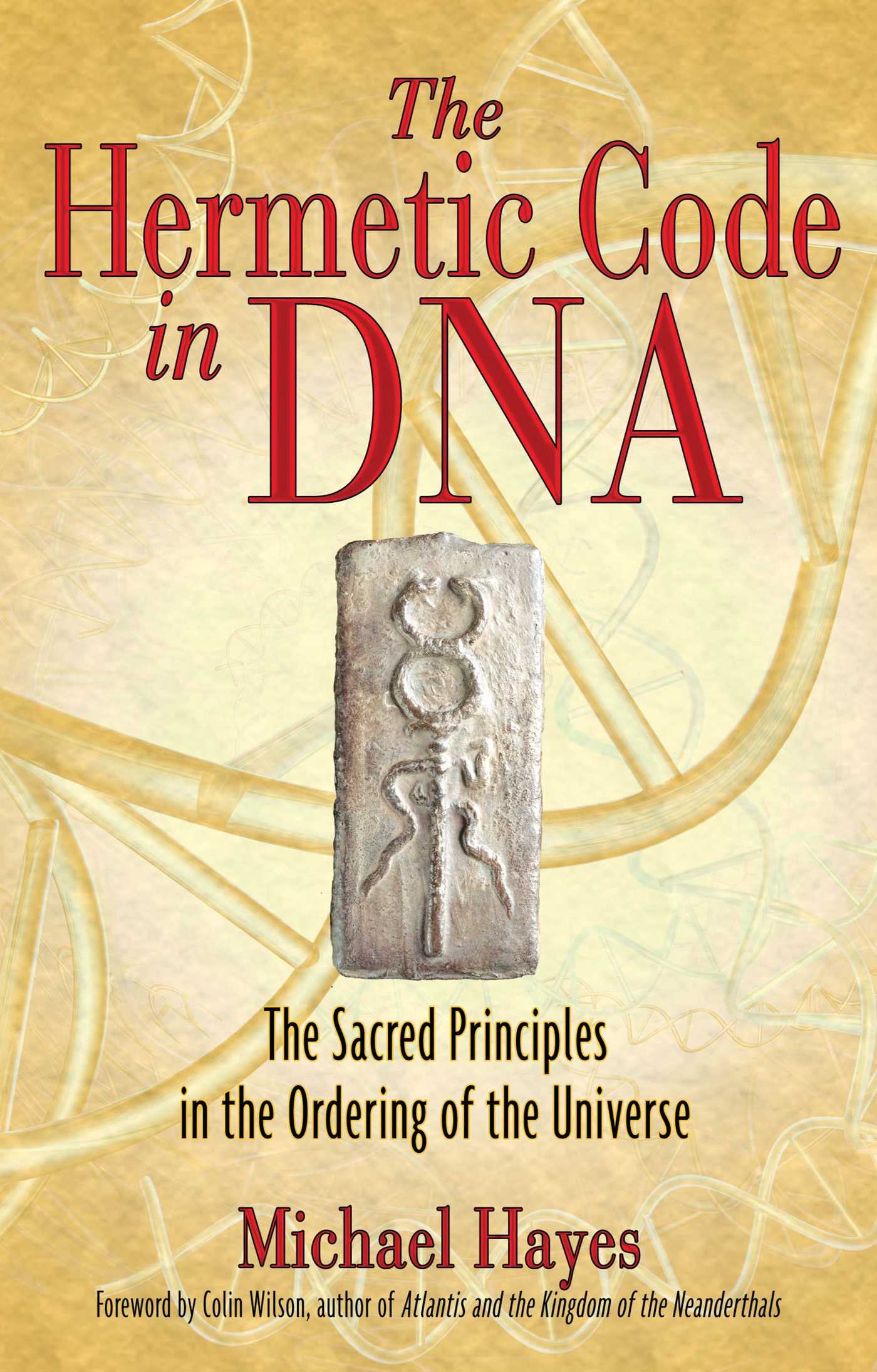 Many have observed the distinct numerical patterns embedded in ancient philosophies and religions from all over the world; others have noted that these same patterns are apparent in many of the theories of groundbreaking science. Michael Hayes reveals that there is a precise code, the Hermetic Code, that connects these patterns--information once known to ancient cultures but apparently lost over time. Mirrored in the structure of this code are the ordering principles of the universe and, intriguingly, also the harmonic ratios of music. Our notions of what is harmonious in music may therefore arise not from an abstract aesthetic sense but as a response to an intuition of a fundamental cosmic harmony.

The resonance between biology and cosmology shows that life is music, complete with “overtones”--nowhere more strikingly present than in the helical structure of life itself: DNA.

Music is life, life is music: this is what I have learned from the facts. But of course the most important, and perhaps controversial, fact of all those arising from my researches is that the musical symmetry dictating the evolution of the human gene pool was not only identified by ancient peoples but also was actively employed in their daily lives as a complete way of being, a “religion.”
As the first recorded version of this archaic science first appeared in the Nile delta about five thousand years ago, I have called this musical symmetry the “Hermetic Code,” after Hermes Trismegistus, the Greek name for Thoth, the ancient Egyptian god of wisdom. This musical symmetry is precisely what the formula pi was designed to express, that is, the law of seven and the law of three--the triple octave, composed of twenty-two notes. And remember, the law of three tells us that each of the individual octaves so expressed is also tripart in structure: it is composed of three “inner” octaves, making nine octaves in total--exactly sixty-four fundamental notes, the square of the constant number, eight. This is the Hermetic Code, a universal formula that, as we shall find out, encompasses within it practically everything.
Much of the discussion that follows is to a large extent speculative in nature. We shall be dealing with “facts,” of course, many of them astonishing, but empirical data, however pertinent, can take us only so far. If we wish to go to realms existing beyond the bounds of “logical” thought, then we may have to temper our “knowledgeable” worldview with liberal measures of two of the most elusive of human faculties: instinct and intuition.
Instinct, as most people understand it, is a gut feeling, something in one’s bones. I am sure that we have all experienced this impulse in one way or another. Instinct may well be the primary cause of the emergence, over the past five millennia, of the inordinately powerful religious movements referred to earlier. These are long-held traditions, essentially rhythmic in form and method, and they are steadfastly adhered to by billions of ordinary people even now. These religions were founded, as I have explained, on the principles of musical symmetry, a symmetry that is so clearly evident in our DNA--literally in our bones. This could mean that the inclination to pray, for example, on every seventh day may, to a large extent, be the product of instinct. The “holy” Sabbath is the seventh day/note in an octave of time; the eighth “note”--Sunday in Christianity--is also the first day/note in the next “octave,” the next week. Clearly this essentially “religious” division of time is no arbitrary invention. It is musically based. It has “rhythm,” it has “soul”; it is a perfect example of real “live music,” of the Hermetic Code in action.
Now intuition, on the other hand, is generally believed to operate from what we call our subconscious minds--a seemingly inexplicable, faster-than-light process of instantaneous recognition, flashing on and off in sparse, random bursts, conveniently providing us with sensible answers to “impossible” questions--and very often when we least expect them. If this has never happened to you, the idea might seem too vague or fanciful to be taken seriously. To dispel any doubt, consult the recognized experts, by which I mean trained and disciplined thinkers in virtually all fields of scientific investigation, past and present. I think you would be hard pressed to find more than a handful of these individuals working today who would deny the existence of the intuitive process in the functioning of the questing human mind. Indeed, as we shall see later, modern scientific inquiry thrives on it.
To put all this simply, I am asking readers to open their minds and try to put aside all preconceptions about, well, almost everything. I realize that this is a tall order in these troubled and confused times, but the expansive, sometimes dizzying journey we are about to make requires that we be relatively free from dogma and conceptually ready for anything. Having said all that, there is one crucial fact that we need to bear in mind: that the Hermetic Code, the blueprint of all creation, has been known and understood as such since the dawn of our civilization.
As will become clear, the originators of this code discovered a spectacular sphere of existence, its expanse far beyond the confines of today’s imagination. It stretches backward and forward in time, to infinity: through historical time, through geological time, to the first stirrings of life on earth--and even further still, through cosmological time, to the origin of the universe itself, the “big bang.” This remarkable worldview also encompasses all kinds of space: the inner space of the molecule, the atom and the subatomic particle, the space you and I perceive as “real” space, and the greater scales of space above us--the space of the planet, the solar system, the galaxy, the galactic supercluster. In truth, there is not a single phenomenon that is excluded from this all-encompassing cosmic plan, not even life, “death,” or the ultimate fate of our expanding universe.
Obviously, therefore, at certain stages in this investigation we shall have to look at some of the weird and wonderful notions of modern science--in particular, some of the key advances made in particle physics, astrophysics, genetics, and evolutionary theory.
So, where do we begin such an apparently impossible journey across an infinity of time frames and even dimensions? It is probably best to start with our feet firmly on the ground--on bedrock--in the land and time of Old Kingdom Egypt. The reason is clear: because the pi convention first emerged here, both in the architecture and in written form.
Michael Hayes

Michael Hayes is an administrator at the University of Central England and is the author of The Infinite Harmony and The Hermetic Code in DNA. He first recognized a common link between all major religions and esoteric doctrines--and later that this symmetry exists among the fundamental sciences--while working in post-revolutionary Iran, where he was able to observe all the major religions practiced side by side. He lives with his wife and family in Birmingham, England.

“In showing the connection between the Hermetic Code and the genetic code, Michael Hayes points to the fact that the essence of evolution can also be found in religion, and therefore in the realm of the evolution of consciousness. . . . What he has discovered could be as important as the original discovery of DNA. Like Jurij Moskvitin and Jeremy Narby, he has created a new paradigm--that is, he is looking at our familiar universe from a new angle and making us aware of magical possibilities.”

– Colin Wilson, from the Foreword

"The author is an administrator at the University of Central England, so he is writing from a point of view that is professionally and educationally unbiased toward his subject. This is somewhat unusual in this type of writing and allows him to more readily relate to the average reader."