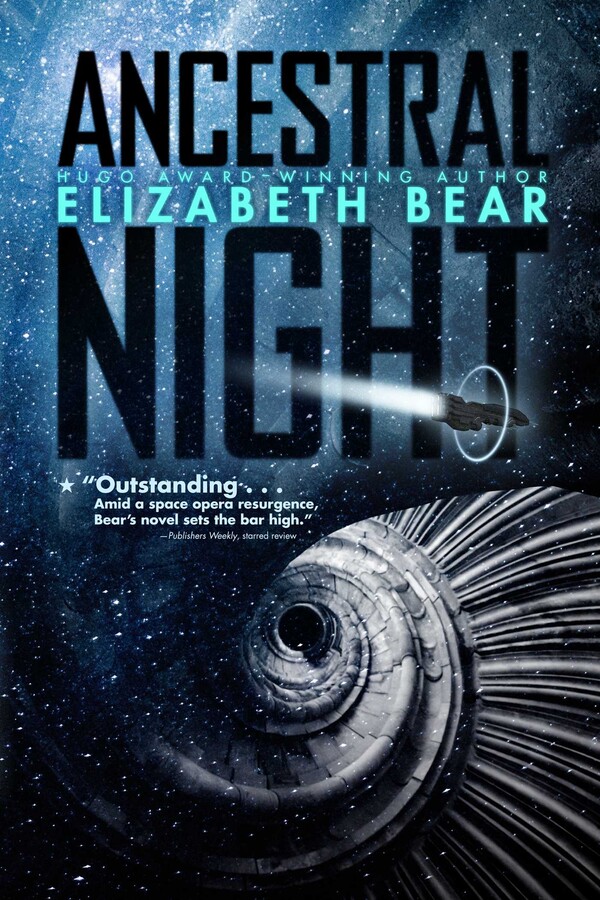 By Elizabeth Bear
LIST PRICE $7.99
PRICE MAY VARY BY RETAILER

A space salvager and her partner make the discovery of a lifetime that just might change the universe in this wild, big-ideas space opera from Hugo Award-winning author Elizabeth Bear.

Halmey Dz and her partner Connla Kurucz are salvage operators, living just on the inside of the law...usually. Theirs is the perilous and marginal existence—with barely enough chance of striking it fantastically big—just once—to keep them coming back for more. They pilot their tiny ship into the scars left by unsuccessful White Transitions, searching for the relics of lost human and alien vessels. But when they make a shocking discovery about an alien species that has been long thought dead, it may be the thing that could tip the perilous peace mankind has found into full-out war.

Energetic and electrifying, Ancestral Night is a dazzling space opera, sure to delight fans of Alastair Reynolds, Iain M. Banks, and Peter F. Hamilton—“Bear's ability to create breathtaking variations on ancient themes and make them new and brilliant is, perhaps, unparalleled in the genre” (Library Journal, starred review). 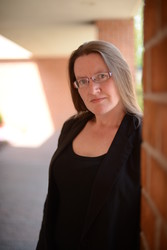 Elizabeth Bear won the John W. Campbell award for Best New Writer in 2005 and has since published fifteen novels and numerous short stories. She writes in both the science fiction and fantasy genres and has won critical acclaim in both. She has won the Hugo Award more than once. She lives in Massachusetts. Visit her on Twitter @Matociquala.

* “This exciting story set in a richly detailed milieu is successful on many levels…Amid a space opera resurgence, Bear’s novel sets the bar high. ”

"Vivid, absorbing, and thrilling...Stands head and shoulders above nearly everything else."

– Kirkus Reviews, on THE STONE IN THE SKULL

* "Considering the trilogy as a whole, the overused term masterpiece justifiably applies."

– Kirkus Reviews, STARRED REVIEW, on STELES OF THE SKY

“Bear concludes the epic begun in Range of Ghosts with her usual subversive flair.... The world of the Eternal Sky is a gorgeously fleshed-out one, and the characters without exception fascinating, sometimes maddening, and complex."

– Booklist, on STELES OF THE SKY

* “This lean, sinewy, visceral narrative, set forth in extraordinarily vivid prose full of telling detail, conveys a remarkable sense of time and place, where the characters belong to the landscape and whose personalities derive naturally from it.”

– Library Journal, on RANGE OF GHOSTS

“Elizabeth Bear sweeps the reader into a world of ravishing detail.”

– Publishers Weekly, STARRED REVIEW, on THE STONE IN THE SKULL

* “A panoramic drama that grabs and grips from Page 1 . . . vivid, absorbing, and thrilling."

– Kirkus Reviews, STARRED REVIEW, on THE STONE IN THE SKULL

* "Bear creates a world with an astonishing depth of mythology…. Bear’s world building echoes the best of Zelazny and pulls the reader into the story and the history until it’s over."

– Booklist, STARRED REVIEW, on ALL THE WINDWRACKED STARS

“Bear has a gift for capturing both the pleasure and pain involved in loving someone else...While these double-crossed lovers bring the novel to a nail-biting conclusion, it is the complex interplay of political motives and personal desires that lends the novel its real substance.”

"Another beautiful, awe-inspiring, quite glorious read from Bear."

– Booklist, on BY THE MOUNTAIN BOUND

* "Bear's ability to create breathtaking variations on ancient themes and make them new and brilliant is, perhaps, unparalleled in the genre. Her lyrical style and heroically flawed characters make this a priority purchase for most libraries. Highly recommended."

– Library Journal, STARRED REVIEW, on THE SEA THY MISTRESS

* “Extraordinary ... exactly the kind of brilliantly detailed, tightly plotted, roller-coaster book she has led her readers to expect, replete with a fantastic cast of characters.”

* “Bear pumps fresh energy in the steampunk genre with a light touch on the gadgetry and a vivid sense of place. Karen has a voice that is folksy but true, and the entire cast of heroic women doing the best they can in an age that was not kind to their gender is a delight.”

* "Bear's exploration of gender stereotypes and the characters' reactions to the rigid expectations of a world of strict gender roles proves fascinating, as does her exploration of political systems gone too far in more than one direction. Her sense of pacing and skill with multifaceted characters prone to all sorts of confused motivations and actions also enrich this action-packed, thought-provoking story."

* "Anyone who enjoys space opera, exploration of characters, and political speculation will love this outstanding novel...Amid a space opera resurgence, Bear’s novel sets the bar high."

"Offers plenty of big, bold, fascinating ideas...Impressive at the core."

*"In Elizabeth Bear’s richly textured Ancestral Night there’s a hole in space-time, and the good ship Singer is going to see what’s on the other side. A sentient ship capable of complex thought, Singer is helmed by Haimey and her shipmate Connla. When Haimey boards a derelict ship the crew hopes to salvage and inadvertently discovers a heinous crime, the team realizes they’re in way over their heads. Bear gives her characters the space to develop on their own terms, never missing a chance to world build in the interim. It’s often by the slimmest of margins that our heroes avoid disaster, and only a thin layer of metal separates the “slowbrains” (read: things that breath air, according to Singer) from the vastness of space. But the profound connection between man and machine at its heart will keep readers turning the pages."

By Elizabeth Bear
LIST PRICE $7.99
PRICE MAY VARY BY RETAILER