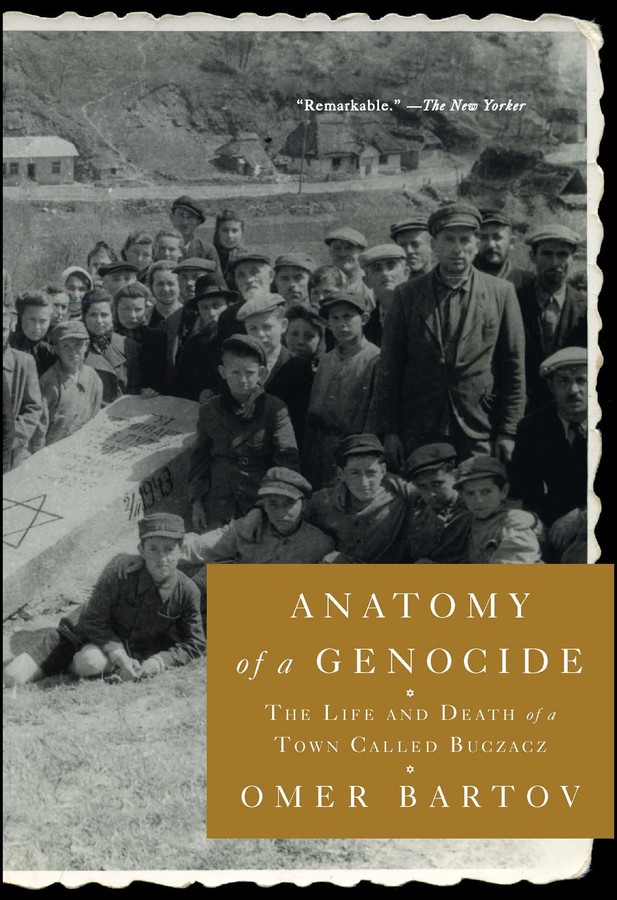 “A substantive contribution to the history of ethnic strife and extreme violence” (The Wall Street Journal) and a cautionary examination of how genocide can take root at the local level—turning neighbors, friends, and family against one another—as seen through the eastern European border town of Buczacz during World War II.

For more than four hundred years, the Eastern European border town of Buczacz—today part of Ukraine—was home to a highly diverse citizenry. It was here that Poles, Ukrainians, and Jews all lived side by side in relative harmony. Then came World War II, and three years later the entire Jewish population had been murdered by German and Ukrainian police, while Ukrainian nationalists eradicated Polish residents. In truth, though, this genocide didn’t happen so quickly.

In Anatomy of a Genocide, Omer Bartov explains that ethnic cleansing doesn’t occur as is so often portrayed in popular history, with the quick ascent of a vitriolic political leader and the unleashing of military might. It begins in seeming peace, slowly and often unnoticed, the culmination of pent-up slights and grudges and indignities. The perpetrators aren’t just sociopathic soldiers. They are neighbors and friends and family. They are also middle-aged men who come from elsewhere, often with their wives and children and parents, and settle into a life of bourgeois comfort peppered with bouts of mass murder.

For more than two decades Bartov, whose mother was raised in Buczacz, traveled extensively throughout the region, scouring archives and amassing thousands of documents rarely seen until now. He has also made use of hundreds of first-person testimonies by victims, perpetrators, collaborators, and rescuers. Anatomy of a Genocide profoundly changes our understanding of the social dynamics of mass killing and the nature of the Holocaust as a whole. Bartov’s book isn’t just an attempt to understand what happened in the past. It’s a warning of how it could happen again, in our own towns and cities—much more easily than we might think. 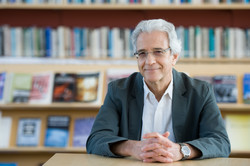 Omer Bartov is the John P. Birkelund Distinguished Professor of European History at Brown University. He is the author of Anatomy of a Genocide: The Life and Death of a Town Called Buczacz, along with several other well-respected scholarly works on the Holocaust and genocide, including Germany’s War and the Holocaust: Disputed Histories and Erased: Vanishing Traces of Jewish Galicia in Present-Day Ukraine. He has written for The New Republic, The Wall Street Journal, The Nation, and The New York Times Book Review. He lives in Cambridge, Massachusetts.

"Mr. Bartov’s anatomy of genocidal destruction is a monument of a different sort. It is an act of filial piety recollecting the blood-soaked homeland of his parents; it is a substantive contribution to the history of ethnic strife and extreme violence; it is a harrowing reminder that brutality and intimacy can combine to destroy individual lives and reshape the destiny of a region and its peoples: history as recollection and as warning."

"Fascinating...This resonant and cautionary history demonstrates how the peace was incrementally disrupted, as rage accumulated and neighbors and friends felt pitted against one another."

"If you imagined there might be no more to learn, along comes this work of forensic, gripping, original, appalling brilliance."

— Philippe Sands, author of East West Street: On the Origins of "Genocide" and "Crimes Against Humanity"

"Combines a long historical perspective with an intimate reconstruction of who the perpetrators and victims of the Holocaust had been. A local history opening our understanding of the phenomenon at large. A brilliant book by a master historian."

— Jan T. Gross, author of Neighbors: The Destruction of the Jewish Community in Jedwabne, Poland

"This is a gripping, challenging, and masterfully written book...Understanding the destruction of the Jews as part of genocidal perils that have not passed even today, the horrific case of Buczacz thus comes as a powerful warning against bigotry everywhere at any time."

— Tom Segev, author of The Seventh Mllion: The Israelis and the Holocaust and Simon Wiesenthal:The Life and Legends

— Saul Friedlander, author of Nazi Germany and the Jews

"The result is breathtaking, painful and astonishing…"

"Bartov’s book is a significant contribution to the holocaust literature. However, the book’s contribution is even more significant in understanding the complexity of interethnic conflicts...Anatomy of a Genocide furnishes well-lit imagination, though shaded with sadness, beneficial for the communities trapped into mutual impairment in various parts of the world, including Chechnya, Palestine, Kashmir, Burundi, and Rwanda."

"Fascinating...This resonant and cautionary history demonstrates how the peace was incrementally disrupted, as rage accumulated and neighbors and friends felt pitted against one another."

"At once a scholarly and a personal book."