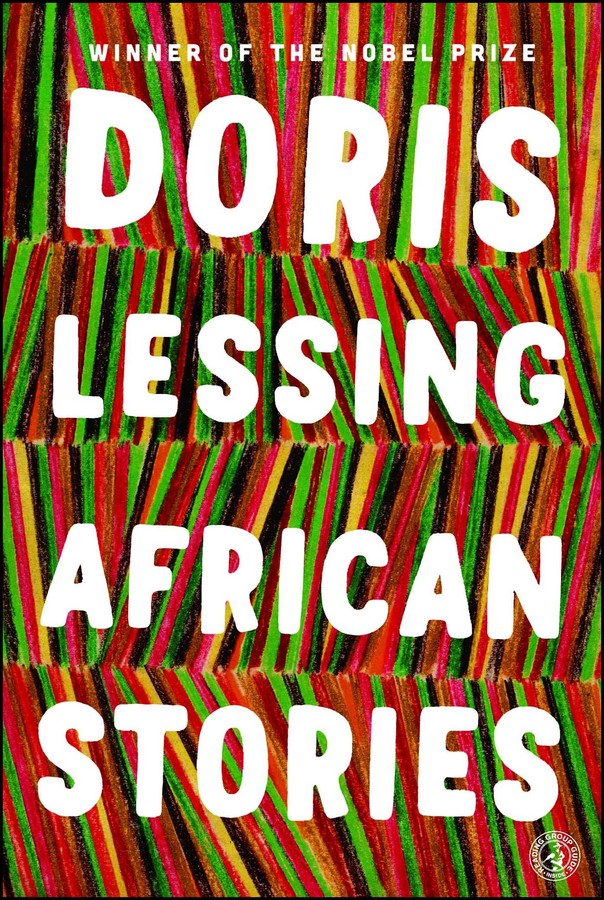 By Doris Lessing
LIST PRICE $20.00
PRICE MAY VARY BY RETAILER

Long considered Nobel Prize winner Doris Lessing’s best collection of short stories, African Stories—a central book in the work of a truly beloved writer—is now back in print. This beautiful collection is an homage to her twenty-five years spent in Africa and a brilliant portrait of African life.

This is Doris Lessing’s Africa—where she lived for twenty-five years and where so much of her interest and concern still resides. Here in these stories, Lessing explores the complexities, the agonies and joys, and the textures of life in Africa.

First published in 1965, and out of print since the 1990s, this collection contains much of Ms. Lessing’s most extraordinary work. It is a brilliant portrait of a world that is vital to all of us—perceived by an artist of the first rank writing with passion and honesty about her native land.

African Stories includes every story Doris Lessing has written about Africa: all of her first collection, This Was the Old Chief’s Country; the four tales about Africa from Five; the African stories from The Habit of Loving and A Man and Two Women; and four stories featured only in this edition.

African Stories represents some of Doris Lessing’s best work—and is an essential book by one of the twentieth century’s most important authors.

By clicking 'Sign me up' I acknowledge that I have read and agree to the privacy policy and terms of use. Free ebook offer available to NEW US subscribers only. Offer redeemable at Simon & Schuster's ebook fulfillment partner. Must redeem within 90 days. See full terms and conditions and this month's choices.
This reading group guide for African Stories includes an introduction, discussion questions, and ideas for enhancing your book club. The suggested questions are intended to help your reading group find new and interesting angles and topics for your discussion. We hope that these ideas will enrich your conversation and increase your enjoyment of the book.

Long considered Nobel Prize winner Doris Lessing’s best collection, African Stories is an homage to her twenty-five years spent in Africa and a brilliant portrait of African life, in which she explores the complexities, the agonies and joys, and the textures of life there.

First published in 1965, and out of print since the 1990s, this collection contains much of Lessing’s most extraordinary work, brilliantly portraying a world that is vital to all of us perceived by an artist of the first rank writing with passion and honesty about her native land.

1. In her preface, Lessing writes, “All these stores have in common that they are set in Africa, but that is all they have in common.” Do you agree? Are there any common themes that appear through the stories? What are they?

2. When Gideon saves Teddy eyesight in “No Witchcraft for Sale,” he does so using a plant from the bush. Though Teddy’s parents are grateful, they recount Teddy’s recovery with “a certain amount of exasperation, because while all of them knew that in the bush of Africa are waiting valuable drugs locked in bark . . . it was impossible to ever get the truth about them from the natives themselves.” Why do you think Gideon is unwilling to show the root that he used to the “Big Doctor from the Big City”? Do you agree? Compare and contrast the way that Gideon relates to the land with the way Teddy’s parents and the doctor do.

3. Who are the traitors referred to in the title of the story “Traitors”? What did you think of the Thompsons? Did your impression of them change throughout the story? In what ways and why?

4. At the beginning of “Hunger,” Jabavu is called Big Mouth by the others in his village, including his mother. How did he get this nickname? Did knowing Jabavu’s nickname so early in the story color your impressions of him? In what ways? The narrator says of Jabavu, “He wants everything and nothing.” What types of things are Jabavu hungry for throughout the story? Jabavu’s desires are often at odds with one another. Is he able to resolve his conflicting impulses? How?

5. “A Home for the Highland Cattle” begins with the statement “These days, when people emigrate, it is not so much in search of sunshine, or food, or even servants.” What are some of the reasons that the people in African Stories emigrate? When they arrive in Africa, how does the reality of their lives on the continent measure up to their expectations?

6. The narrator of “The Nuisance” recounts how his father used to say of the Long One, “‘That man is a natural-born comedian. He would have been on the stage if he had been born another colour.’” Why does the narrator’s father think the Long One has a talent for comedy? Is the Long One able to use this talent to his advantage? Why or why not? Aside from being “on the stage,” what opportunities are denied to the Long One because of his race? Are there instances in other stories where characters are denied opportunities based on their skin color?

7. Who is the Little Tembi of that story? After he leaves the McClusters’ property, they are relieved to “be able to forget him.” Why do you think that they would prefer not to think of Tembi? Before Tembi leaves, Jane comments to her husband, “‘Tembi behaves as if he had some sort of claim on us.’” In what ways does this behavior manifest itself? Do you think that Tembi has a claim on Jane? Explain your opinion.

8. In “The De Wets Come to Kloof Grange” and “A Home for the Highland Cattle,” Mrs. Gale and Marina take active roles in the lives of those around them. Mrs. Gale attempts to befriend Mrs. De Wet and Marina attempts to help Charlie, her servant, marry Theresa. What were your initial impressions of Mrs. Gale and Marina? Were you surprised by their desire to help? Why or why not? Discuss the results of their efforts.

9. Lessing writes, “The phrase ‘white civilisation’ was already coming to affect Marina as violently as it affects everyone else in that violent continent.” Why do you think that the phrase affects Marina so adversely? What does the phrase “white civilisation” mean to the characters in this book? Does it have a different meaning to the native population than it does to the European settlers? In what ways?

10. In “Eldorado,” Paul asks his mother, “‘What’s the use of me wasting time on French and Latin and English Literature. It just doesn’t make sense in this country, you must see that.’” Do you agree that Paul’s studies are not useful in helping him prepare for life in Africa? What skills are useful to settlers in Africa?

11. What did you think of George Chester in “‘Leopard’ George”? Discuss the way that he treats the women in his life. Do you think his excuse, “The girl came to me, of her own accord,” is a good one or that “by no fault of his own [George] was in a cruel position”? Why or why not? Why does Smoke reproach George? And why do you think it feels like disloyalty to George? Discuss the way that the men relate to each other.

12. Discuss Julia’s relationship with Kenneth and Tom in “Winter in July.” Compare the two men. What does each offer Julia? Why do you think she choose to marry Tom? Is she correct when she tells Tom “‘I should have had children. . . . That’s where we went wrong, Tom. It was children we needed.’” Why does Julia say it?

13. At the end of “The Antheap,” Tommy and Dirk are described as victorious with a caveat: “Now they had to begin again, in the long and difficult struggle to understand what they had won and how they would use it.” Describe the nature of their victory. What hurdles will the two boys face as a result? When Mr. Macintosh acquiesces to the boys, he is described as being “defeated by something he did not begin to understand.” Explain this statement. Mr. Macintosh relates to Tommy and Dirk very differently. Why?

14. Newsweek praised Lessing saying, “Her sense of setting is so immediate, the touch and taste of her continent is so strong, that Africa seems to become the universe.” How does Lessing make Africa seem so vivid in her writing? Were there any stories that you found particularly compelling? Which ones and why?

1. Lessing writes that “Africa gives you the knowledge that man is a small creature, among other creatures, in a larger landscape.” Did you have any impressions about Africa before reading this book? If so, did Lessing’s stories change your thoughts about the continent? Discuss how with your book club.

2. Throughout her career, Doris Lessing received many awards, including the David Cohen Prize for Literature, the Prix Médicis étranger, the Somerset Maugham Award, and the Nobel Prize in Literature. Read her Nobel Prize acceptance speech at http://www.nobelprize.org/nobel_prizes/literature/laureates/2007/lessing-lecture_en.html.

3. To hear more of Doris Lessing’s thoughts on winning the Nobel Prize, watch an interview with her from The New York Times at http://www.nytimes.com/video/books/100000002556650/doris-lessing-on-the-nobel-prize.html. Then, watch her speak about her early career at http://www.webofstories.com/play/doris.lessing/1. 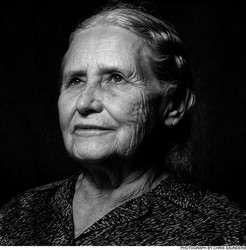 Doris May Lessing is a British novelist, poet, playwright, biographer, and short story writer. She is the winner of the 2007 Nobel Prize in Literature. Her works include: The Grass Is Singing; a five novel sequence collectively entitled Children of Violence; The Golden Notebook; The Good Terrorist; and five novels collectively known as Canopus in Argos: Archives.

"Her sense of setting is so immediate, the touch and taste of her continent is so strong, that Africa seems to become the universe."

"...the author's love of that land and yearning for it are manifest; her description brings it to life with rare brilliance."

By Doris Lessing
LIST PRICE $20.00
PRICE MAY VARY BY RETAILER