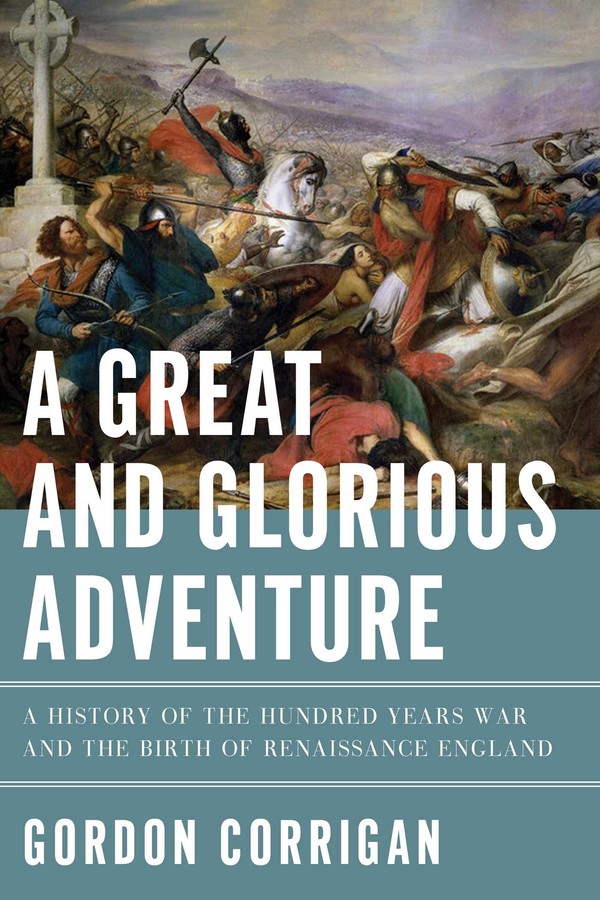 A Great and Glorious Adventure

The glory and tragedy of the Hundred Years War is revealed in a new historical narrative, bringing Henry V, the Black Prince, and Joan of Arc to fresh and vivid life.

In this captivating new history of a conflict that raged for over a century, Gordon Corrigan reveals the horrors of battle and the machinations of power that have shaped a millennium of Anglo-French relations.

The Hundred Years War was fought between 1337 and 1453 over English claims to both the throne of France by right of inheritance and large parts of the country that had been at one time Norman or, later, English. The fighting ebbed and flowed, but despite their superior tactics and great victories at Crécy, Poitiers, and Agincourt, the English could never hope to secure their claims in perpetuity: France was wealthier and far more populous, and while the English won the battles, they could not hope to hold forever the lands they conquered.

Military historian Gordon Corrigan's gripping narrative of these epochal events is combative and refreshingly alive, and the great battles and personalities of the period—Edward III, The Black Prince, Henry V, and Joan of Arc among them—receive the full attention and reassessment they deserve.

Gordon Corrigan is a member of the British Commission for Military History and a Fellow of the Royal Asiatic Society. He is the author of The Second World War. Gordon lives in England.

"Bloodshed makes for entertaining history, and military historian Corrigan takes full advantage. Corrigan matches fascinating battle descriptions with accounts of how wars were financed and fought, as well as the Byzantine politics and mostly unpleasant personalities that conducted them."

A Great and Glorious Adventure