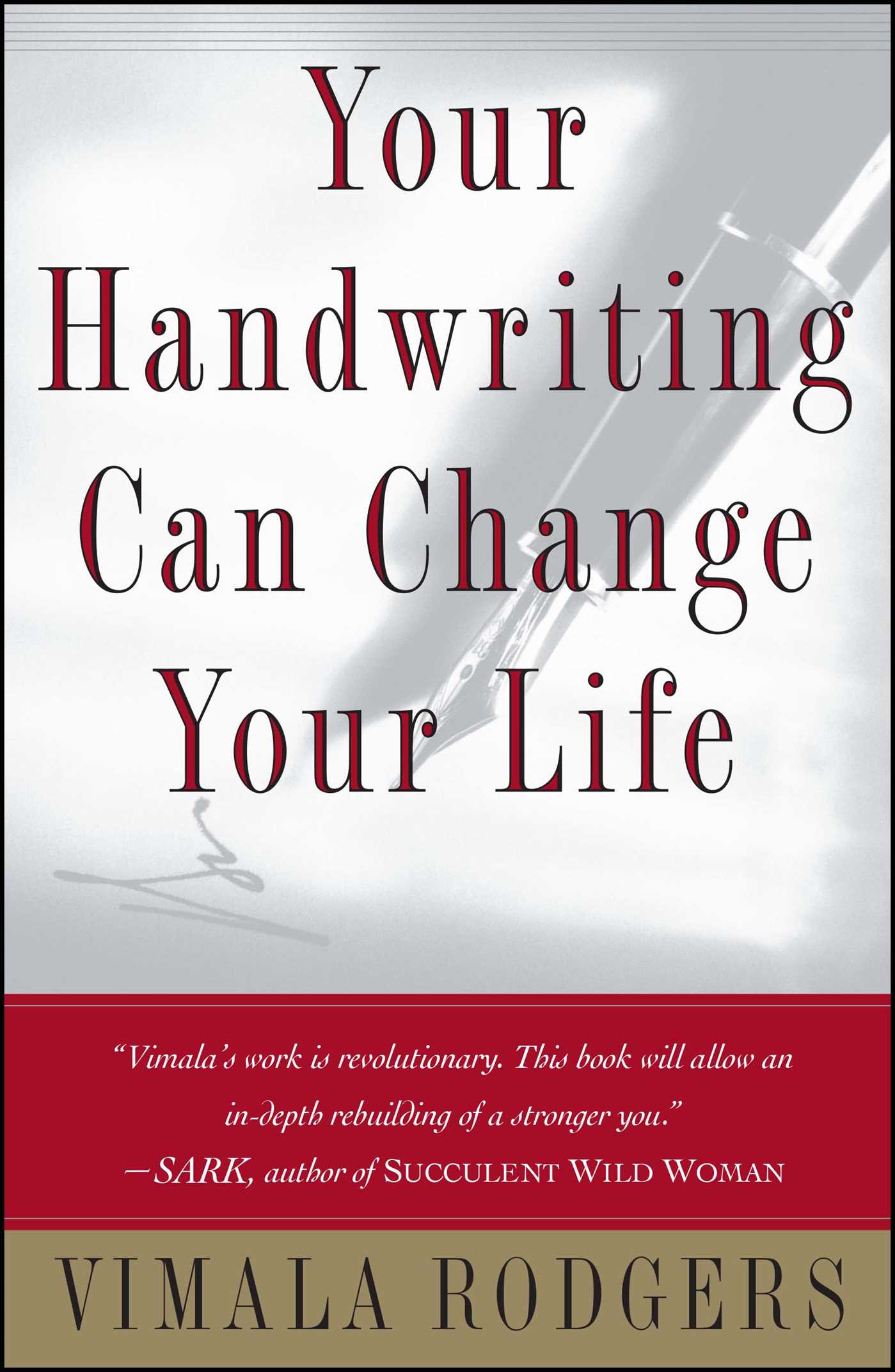 Your Handwriting Can Change Your Life

By Vimala Rodgers
LIST PRICE $12.99
PRICE MAY VARY BY RETAILER

When we purposefully change our handwriting, we introduce attitudes that can improve our relationships, give us the impetus to achieve and take risks, and simply bring out the best in us. This is because our handwriting is a reflection of our innermost thoughts and feelings. When we fall in love, survive a serious illness, or change careers, our view of life is dramatically altered and, as a result, our handwriting patterns change. Conversely, desired transformations can result from intentionally changing the way specific letters are written:
* Stick to that diet by changing the letter T.
* Avoid being overlooked for that well-deserved promotion by changing the letter G.
* Reduce stress and cease juggling too many things at once by changing the letter S.
* Overcome shyness or stage fright by changing the letter A.
Included is an enlightening assessment test that identifies those personality traits requiring attention. Your Handwriting Can Change Your Life profoundly reveals that the key to making dreams come true is as simple as putting pen to paper.

Chapter 1: What Is Handwriting?

The focus of this book is to guide you, the reader, in allowing your hidden gifts, ideas, and abilities to tumble forth -- treasures that you tucked away early on. As young children we all developed our own reasons for denying what we really loved to do or for not expressing an idea that no one had heard of before. Innocently sharing it and being greeted with adult ridicule rather than encouragement was often enough to have us quietly stuff those special ideas into a secret place inside -- but they don't go away. They merely hide...waiting, waiting.

The wall that barricades these special gifts and sabotages our intentions to let them come out of hiding is a simple four-letter word: fear. It lives in our mind. We have put it there, and only we can dismantle it and allow our unique gifts to surface.

I can hear your question: "What does my handwriting have to do with all this?" I thought you'd never ask.

Our handwriting is far more than a succession of words put together to create a means of communication. It is a map of our attitude toward life, a labyrinthine pathway to long-forgotten hiding places inside, a diagram of our unconscious mind. In simple terms, our writing patterns are clear indicators of how we feel about ourselves. They are a measure of our self-confidence, self-esteem, and self-reliance; they indicate our fears as well as our unique abilities. Self-image is the lens through which we see life, and handwriting patterns mirror the components of the prescription in that lens.

Although the hand -- or teeth or toes -- holds the pen, it is the brain that causes it to move as it does. When we write, each movement of the pen not only reflects the attitudes we have about ourselves, it reinforces them. Each time we press the pen to the paper to create a letter formation, connect letters, or shape a margin, we are declaring, "This is who I am." The more often we write in a specific manner, the more deeply that attitude is ingrained in our psyche.

Most of us have seen handwriting that caused us to gasp, laugh, or feel a certain way. Signatures especially. At one time or another you may have shown an unknown writer's handwriting or signature to someone and said, "Look at this!" You don't have to be a handwriting expert to gain insights about people through their writing. Essentially, handwriting is a graphic representation of our interpretation of life, indicating how we feel about ourselves and how this feeling affects our view of those around us.

Graphotherapy is the behavioral science that invites the writer to take pen in hand and change self-defeating aspects of the personality by altering specific strokes in the handwriting. Graphotherapists are trained in graphology and have additional training in psychology. Their expertise is to guide the client in altering handwriting patterns as a means of removing negative thought habits and replacing them with positive, self-supportive ones. By changing writing patterns we simultaneously reconfigure the neuropathways in the brain that record our self-image.

I have been fascinated with handwriting patterns since before I could read; as far back as I can remember, the letters of the alphabet have been a special source of intrigue and discovery for me. When as a young teen I took on the study of interpreting handwriting patterns, I ended up doing my own empirical research as I found that most books on graphology were either outdated or did not agree with one another. Through my own studies I discovered that Truth occurs not from belief but only through experience.

From studying pictures of scratchings on ancient cave walls to papyrus rolls and mysterious alphabetical etchings such as Ugaritic script, Akkadian cuneiform, Linear A, and Linear B, my interest in handwriting gained momentum. As I investigated writing systems and phonetic alphabets from around the world I became intrigued at the cross-cultural patterns among them. I found that it was not just the Hebrew or Greek Cabala or the Germanic runes that ordained a special meaning to each alphabetical letter, but that countless traditions around the world did the same thing; the Roman alphabet was no exception.

Then there is Sanskrit. The more deeply I study this incredible language, the foundation of all Indo-European languages, the more spellbound I become by the ancient alphabet in which it is written called Devanagari or script of the gods. The Sanskrit language itself, known as Devavani or language of the gods, is not only a deep well of spiritual knowledge, it is also mathematically and tonally precise.

For now, however, the Roman alphabet remains my touchstone, for it is an amazingly rich acculturation of numerous traditions. Besides, I am passionately in love with the English language.

In my freshman year of college I took the required Logic course, memorized all of Aristotle's syllogisms, and came up with a personal vision based on conclusions predicated on a modified syllogism of my own. Here it is:

Since each stroke of the pen reaffirms a thinking habit, and each thinking habit shapes our self-image, and self-image is the lens through which we see life, and this lens determines our behavior...if an alphabet were designed that exhibited only the most noble human traits, world peace might be a possibility.

Ah, the visionary mind of a teen! At the time I had no concept of the research or time a project such as this would involve, nor could I envision the joy it would provide along the way.

It has taken me well over thirty years of researching, designing, and refining to accomplish my goal. The end result is The Vimala Alphabet. It is the only writing system that uses handwriting not only as a means of communication but also as a character-building tool, for the shape of each letter reaffirms the writer's most noble qualities. By the mere act of moving the pen across the paper using this alphabet as a model, the writer, on a subconscious level, reaffirms the aspects each letter represents.

Each stroke of The Vimala Alphabet supports the child of God who lives within us all, the child who has a hearty sense of self-esteem, gutsy self-confidence, vigorous curiosity, positive outlook, intrepid creativity, the wisdom of innocence, rampant tolerance, and clear communication skills.

When children use this writing system they establish a repertoire of value-based thinking habits. When adults write these letters they uncover long-hidden abilities and generate the self-confidence to begin expressing them. Turn the page to see what the alphabet looks like. 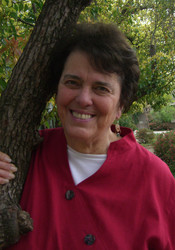 Sark author of Succulent Wild Woman Vimala's work is revolutionary. This book will allow an in-depth rebuilding of a stronger you.

Elaine St. James author of Simplify Your Life Vimala reveals with infectious enthusiasm a wealth of powerful techniques that, I can promise from my own experience with them, will definitely change your life.

Christiane Northrup, M.D. author of Women's Bodies, Women's Wisdom [This book] is just plain exciting. I feel strongly that Vimala Rodgers is right, so I'm starting my handwriting changes today. I urge you to do the same.

Henriette Anne Klauser, Ph.D. author of Write It Down, Make It Happen Mr. Palmer, step aside. The Vimala Alphabet is ready to change the world. Vimala Rodgers is passionate about her topic and makes it fun to play along.

Bernie Siegel, M.D. author of Love, Medicine and Miracles and Prescriptions for Living Symbols are the key to communication. Read this fascinating book about self-expression to understand yourself and your ability to change.

Margaret Shepherd author of Calligraphy Made Easy and The Art of the Handwritten Note Vimala offers a fresh, pure, and striking alphabet to anyone whose handwriting needs some encouragement even those who are ready to give up. If you clutch and go dismal at the thought of presenting yourself on paper, you need this book.

Andrew Ramer author of Angel Answers and Revelations for a New Millennium What yoga is to the body-mind, Vimala Rodgers¹s work is for the mind-body. I highly recommend her joyful book to everyone on the path toward healing and wholeness; it¹s a missing link in the holistic field.

Your Handwriting Can Change Your Life

By Vimala Rodgers
LIST PRICE $12.99
PRICE MAY VARY BY RETAILER