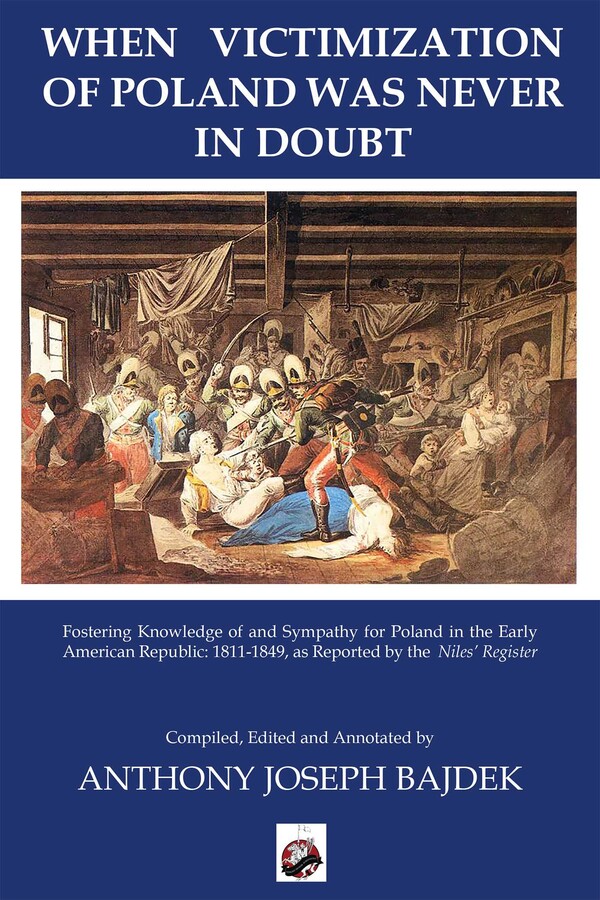 When Victimization of Poland was never in Doubt

Fostering Knowledge of and Sympathy for Poland in the Early American Republic: 1811-1849 as Reported in the Niles' Register

For 21st century Americans in generally, and Polish Americans in particular, a rare view of what was being reported about the state of affairs in Poland principally by European, and secondarily, by American journalists, exactly as the news of the day was being written verbatim in those times.

In this, the first quarter of the 21st century, Americans as well as others who are well-informed about the history of Poland’s painful epic struggles to exist as a free and independent nation, have been taken aback both by sources in several otherwise friendly sister states of the European Union, and, unsurprisingly, by Russia, who propose that Poland’s claim of having been victimized over some two hundred forty-seven years – when Poland initially was partitioned by its contiguous neighbors -- has been and is an exaggeration, pure and simple. This is the reason that I have dedicated myself to document and illuminate Poland’s rightful claim of victimization, initially by way of presentations I made under the title, “Fostering Knowledge of and Sympathy for Poland in the Early American Republic, Niles’ Register, 1811-1849” at academic conferences and other meetings such as, for example, at Columbia University, the United States Military Academy, and to the venerable Kosciuszko Mound Committee (Komitit Kopca Kosciuszki) of Kraków, Poland, wherein I described what Americans had been reading about Poland by virtue of an exemplar of the free press in the United States during the period, 1811 to 1849. Concomitantly, as I identified and compiled the evidence, I also decided to seek its broader publication as a book in its own right.

When Victimization of Poland was never in Doubt

Fostering Knowledge of and Sympathy for Poland in the Early American Republic: 1811-1849 as Reported in the Niles' Register