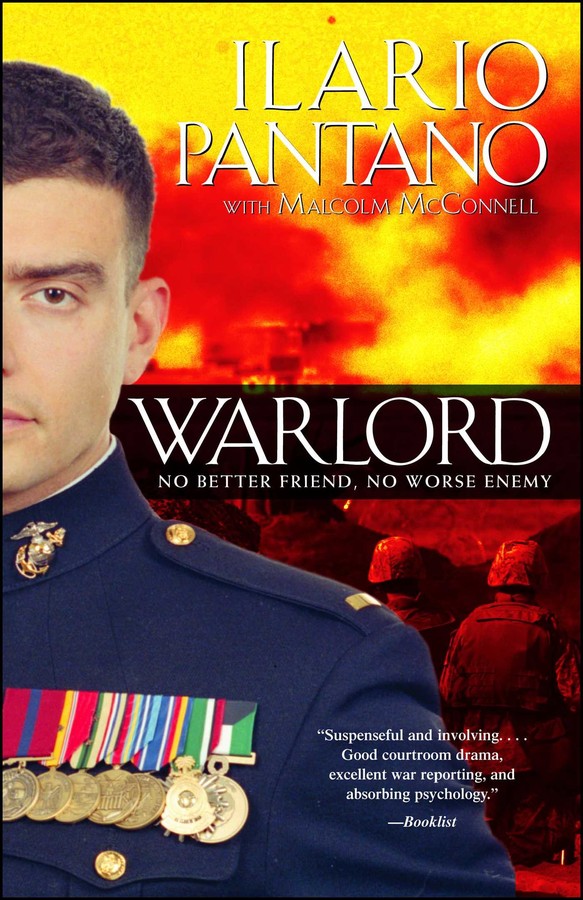 Broken by War, Saved by Grace

By Ilario Pantano and Malcolm McConnell
LIST PRICE $15.99
PRICE MAY VARY BY RETAILER

This is the powerful true story of the Marine lieutenant who, having fought for his country in the first Gulf War, went on to professional success in finance, only to be compelled to reenlist in the wake of 9/11. Leaving behind an ex-model wife and two children, he served once again in Iraq -- and was charged by the U.S. military with murder.

Ilario Pantano has always been a warrior at heart -- it's the force that drives him, that defines his core being and his life. But on April 15, 2004, just a few moments during the most violent and chaotic month in the Iraq War would change his life forever. On a raid in the Sunni hotbed of the Al Anbar province, Lieutenant Pantano shot and killed two Iraqi insurgents. Months later, while successfully leading Marines during the explosive surge in terrorist activity, including the battles for Fallujah, one of his own men disputed Pantano's self-defense claim in the Al Anbar shootings. Pantano was relieved of his command and charged with premeditated murder, a crime punishable by death.

Now for the first time, in his own words, Pantano recounts his gripping and controversial story in Warlord, the memoir of a patriot who prepared to reenlist as the Twin Towers fell on September 11, 2001, ten years after his service as an elite Marine sniper and veteran of Desert Storm. Warlord is the story of an unconventional fighter who combined his professional and military experiences to protect the lives of his men and win both on battlefields and in the courtroom. In the face of a widely publicized military hearing, Pantano's family "attacked into the ambush," launching a Defend-the-Defenders campaign that was met with overwhelming support nationwide. Pantano was cleared of all charges. But most surprising of all, the heart of the patriot has not been embittered as he calls on his fellow Americans to stand strong in the face of our enemies.

A harrowing, redemptive, and singular contribution to the literature of war, Ilario Pantano's inspiring story brings an unrivaled human dimension to the conflict in Iraq, to the unyielding idealism that drives its American fighting men and women, and to the unexpected consequences and uncompromised faith that can emerge from the brutal, chaotic, and irreversible nature of combat. 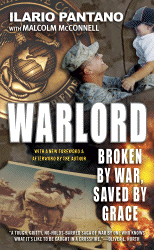 Ilario Pantano enlisted in the Marine Corps at 17, served in Desert Storm, became a sniper, and trained with militaries around the world. Eager for new challenges, Pantano left the Marines and earned his degree from New York University in three years, studying at night while working for the premier investment bank Goldman Sachs. Hungry for creative success, Pantano began producing and consulting in groundbreaking documentary television, film, and digital media. Witnessing the attacks of 9/11, Pantano fought to return to the Marines and, as a 31-year-old lieutenant, led an infantry platoon in Iraq. Pantano was honorably discharged from the Marine Corps in August 2005. He lives with his wife and children in North Carolina.

Malcolm McConnell is the coauthor of the #1 New York Times bestseller American Soldier with Tommy Franks and My Year in Iraq with L. Paul Bremer III.

"The writing is riveting...the message timeless.... Put it at the top of your reading list."
-- Michelle Malkin, New York Times bestselling author

Broken by War, Saved by Grace

By Ilario Pantano and Malcolm McConnell
LIST PRICE $15.99
PRICE MAY VARY BY RETAILER