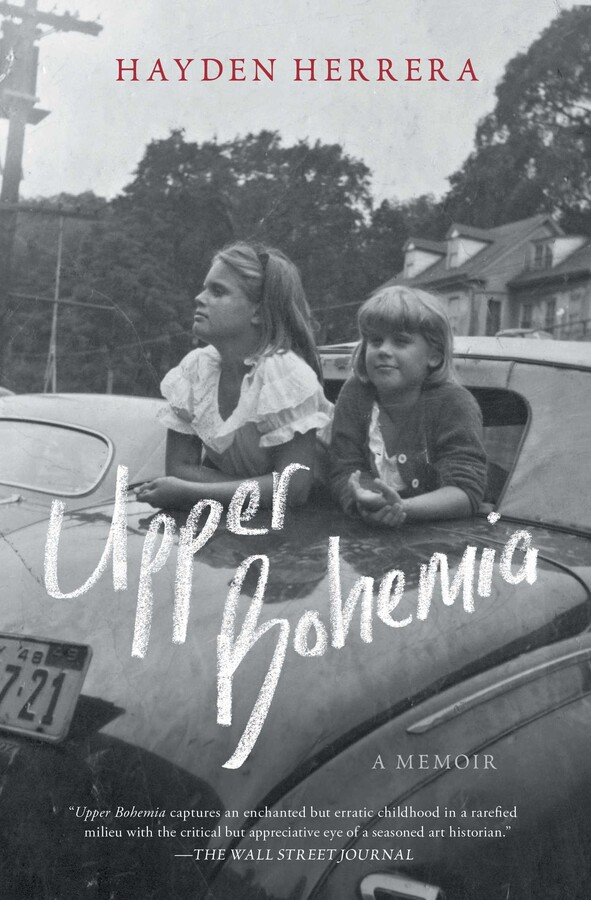 By Hayden Herrera
LIST PRICE $13.99
PRICE MAY VARY BY RETAILER

A “touching, heartbreaking, and exceptional” (Town & Country) coming-of-age memoir by the daughter of artistic, bohemian parents—set against a backdrop of 1950s New York, Cape Cod, and Mexico.

Hayden Herrera’s parents each married five times; following their desires was more important to them than looking after their children. When Herrera was only three years old, her parents separated, and she and her sister moved from Cape Cod to New York City to live with their mother and their new hard-drinking stepfather. They saw their father only during the summers on the Cape, when they and the other neighborhood children would be left to their own devices by parents who were busy painting, writing, or composing music. These adults inhabited a world that Herrera’s mother called “upper bohemia,” a milieu of people born to privilege who chose to focus on the life of the mind. Her parents’ friends included such literary and artistic heavyweights as artist Max Ernst, writers Edmund Wilson and Mary McCarthy, architect Marcel Breuer, and collector Peggy Guggenheim.

On the surface, Herrera’s childhood was idyllic and surreal. But underneath, the pain of being a parent’s afterthought was acute. Upper Bohemia captures the tension between a child’s excitement at every new thing and her sadness at losing the comfort of a reliable family. For her parents, both painters, the thing that mattered most was beauty—and so her childhood was expanded by art and by a reverence for nature. But her early years were also marred by abuse and by absent, irresponsible adults. As a result, Herrera would move from place to place, parent to parent, relative to family friend, and school to school—eventually following her mother to Mexico. The stepparents and stepsiblings kept changing too.

Intimate and honest, Upper Bohemia “captures an enchanted but erratic childhood in a rarefied milieu with the critical but appreciative eye of a seasoned art historian” (The Wall Street Journal). It is a celebration of a wild and pleasure-filled way of living—and a poignant reminder of the toll such narcissism takes on the children raised in its grip. 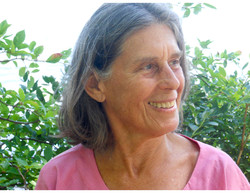 Hayden Herrera is an art historian and the author of biographies of Frida Kahlo, Arshile Gorky, Mary Frank, Isamu Noguchi, and Henri Matisse. Her biography of Gorky was a finalist for the Pulitzer Prize, and her biography of Noguchi won the Los Angeles Times Book Prize. She lives in New York City and Cape Cod.

“Upper Bohemia captures an enchanted but erratic childhood in a rarefied milieu with the critical but appreciative eye of a seasoned art historian." — The Wall Street Journal

"Hayden Herrera’s gimlet-eyed memoir captures a world that’s at once glamorous and devastating... It’s a touching, heartbreaking, and exceptional story about class, childhood, and what it means to find purpose in life." — Town and Country

"For a biographer, looking into one’s own life can be a risky enterprise. For a biographer as accomplished as Hayden Herrera, it has turned out to be a risk worth taking. Her  beautiful, entitled, and rather heedless parents may have failed at making households (they had ten marriages between them), but in the pages of Upper Bohemia the author has found her way home.  Her book is honest, revealing, and deeply felt." — Daniel Okrent, author of The Guarded Gate

“An exotic American group portrait like those of John Singer Sargent.” —Fanny Howe, author of Love and I

“Hayden Herrera’s Upper Bohemia is a two-fold marvel. Her writing evokes the sensual richness of a hyper-alert child’s perceptions with a resonance that calls to mind Nabokov’s Speak, Memory. Unlike many memoirists, Herrera never oversimplifies; she embraces the complexity of parents who alternately feasted and starved their children.” —Mary Gordon, author of The Liar’s Wife

“Possessed of an astonishing total recall, Herrera has given an honest, clear-eyed, moment-by-moment sense of the texture of childhood. I was held by the preciseness of her memories and by her refusal to dress them up.” —Sanford Schwartz, author of On Edward Hicks

“Herrera has a gift for concision, for finding among a wealth of impressions the signal detail that reverberates poetically. Hers is an account that is straightforwardly written, with a clarity that conceals the penetrating quality of Herrera’s mind.” —Alec Wilkinson, author of The Ice Balloon

"Hayden Herrera’s gimlet-eyed memoir captures a world that’s at once glamorous and devastating... It’s a touching, heartbreaking, and exceptional story about class, childhood, and what it means to find purpose in life." —Town and Country

"Herrera seems to have cultivated her keen powers of observation to survive neglect, upheaval, and worse. But she also recounts the joy she found in nature and other exhilarating experiences as she reveals a little-known realm of insistent liberation, romance, restlessness, recklessness, and the pursuit of beauty." — Booklist

"This is a sparkling portrait of a rarified and complex upbringing." — Publishers Weekly

By Hayden Herrera
LIST PRICE $13.99
PRICE MAY VARY BY RETAILER