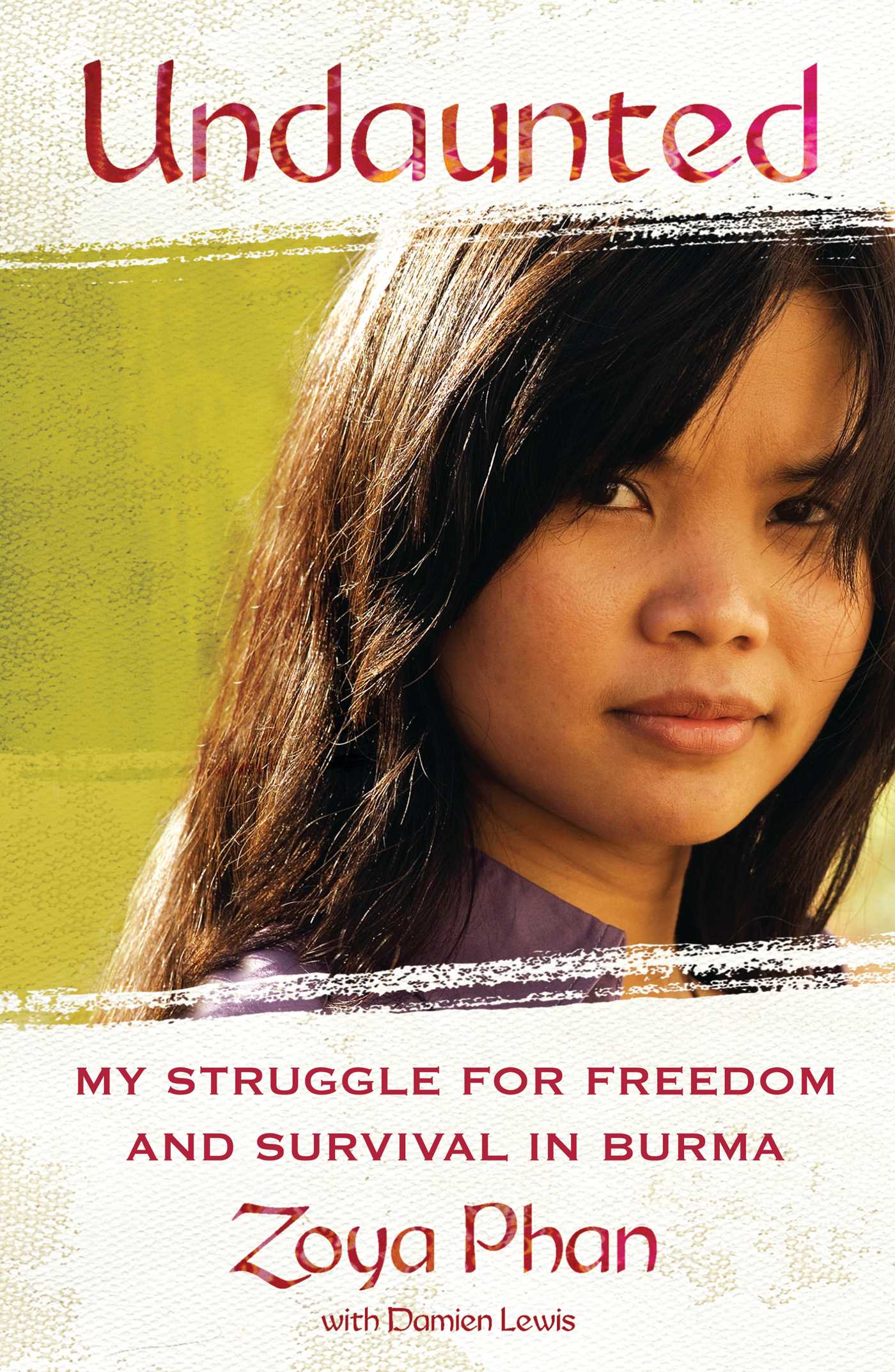 My Struggle for Freedom and Survival in Burma

By Zoya Phan
With Damien Lewis
LIST PRICE $14.99
PRICE MAY VARY BY RETAILER

Once a royal kingdom and then part of the British Empire, Burma long held sway in the Western imagination as a mythic place of great beauty. In recent times, Burma has been torn apart and isolated by one of the most brutal dictatorships in the world. Now, Zoya of the, a young member ofthe Karen tribe in Burma, bravely comes forward with her astonishingly vivid story of growing up in the idyllic green mansions of the jungle, and her violent displacement by the military junta that has controlled the country for almost a half century. This same cadre has also relentlessly hunted Zoya and her family across borders and continents. Undaunted tells of Zoya’s riveting adventures, from her unusual childhood in a fascinating remote culture, to her years on the run, to her emergence as an activist icon.

Named for a courageous Russian freedom fighter of World War II, Zoya was fourteen when Burmese aircraft bombed her peaceful village, forcing her and her family to flee through the jungles to a refugee camp just over the border in Thailand. After being trapped in refugee camps for years in poverty and despair, her family scattered: as her father became more deeply involved in the struggle for freedom, Zoya and her sister left their mother in the camp to go to a college in Bangkok to which they had won scholarships. But even as she attended classes, Zoya, the girl from the jungle, had to dodge police and assume an urban disguise, as she was technically an illegal immigrant and subject to deportation. Although, following graduation, she obtained a comfortable job with a major communications company in Bangkok, Zoya felt called back to Burma to help her mother and her people, millions of whom still have to live on the run today in order to survive—in fact, more villages have been destroyed in eastern Burma than in Darfur, Sudan.

After a plot to kill her was uncovered, in 2004 Zoya escaped to the United Kingdom, where she began speaking at political conferences and demonstrations—a mission made all the more vital by her father’s assassination in 2008 by agents of the Burmese regime. Like Ayaan Hirsi Ali, Zoya has become a powerful spokesperson against oppressors, undaunted by dangers posed to her life. Zoya’s love of her people, their land, and their way of life fuels her determination to survive, and in Undaunted she hauntingly brings to life a lost culture and world, putting faces to the stories of the numberless innocent victims of Burma’s military

Zoya Phan is a refugee living in London and one of the leading Burmese democracy activists in Europe. She is regularly interviewed by major national and international media including BBC, CNN, Sky, and Al Jazeera.

My Struggle for Freedom and Survival in Burma

By Zoya Phan
With Damien Lewis
LIST PRICE $14.99
PRICE MAY VARY BY RETAILER