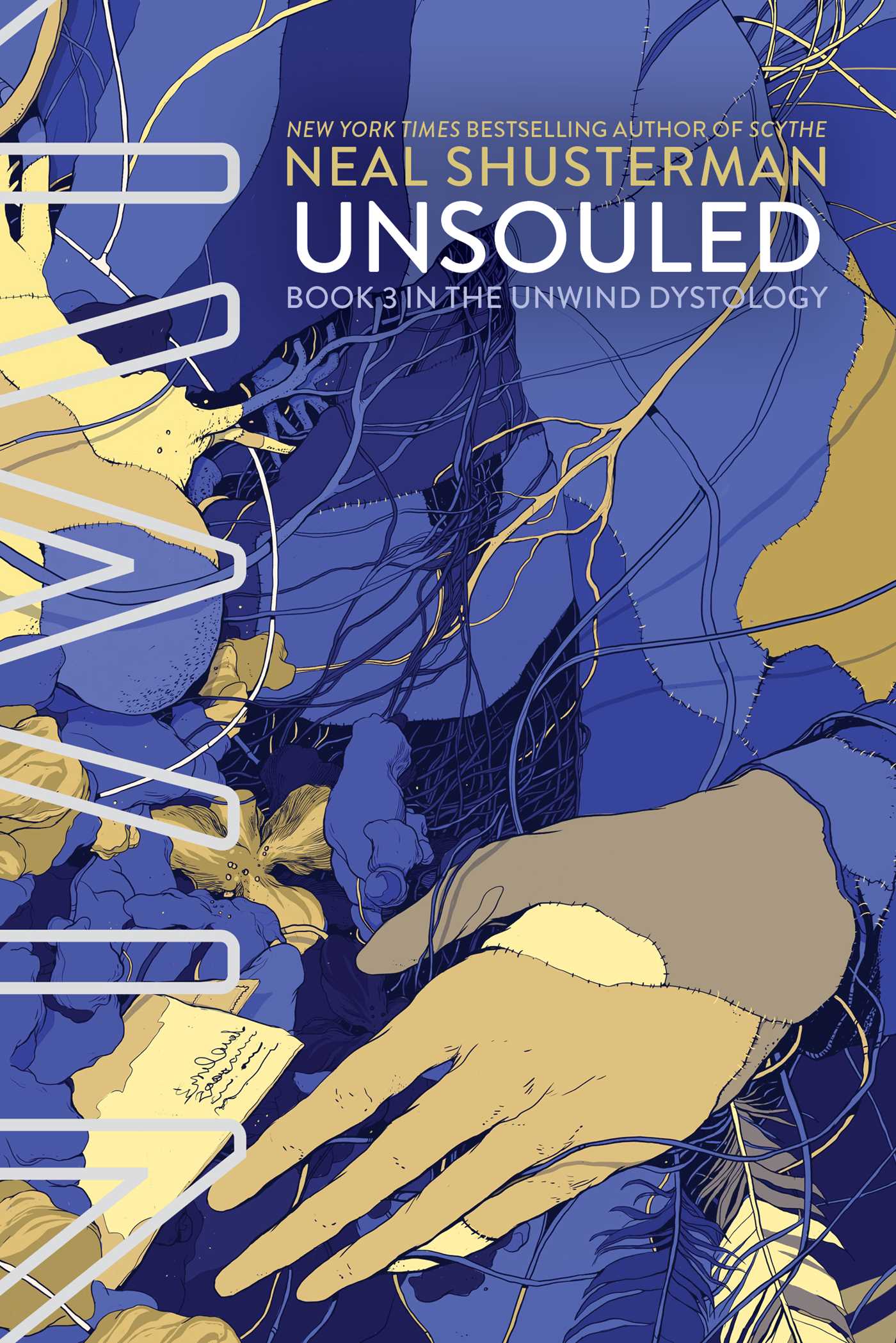 Teens fight for their humanity in this thrilling third book in the New York Times bestselling Unwind Dystology series by Neal Shusterman.

Connor and Lev are on the run after the destruction of the Graveyard, the last safe haven for AWOL unwinds. But for the first time, they’re not just running away—they’re running towards answers, in the form of a woman Proactive Citizenry has tried to erase from history itself. If they can find her and learn why the shadowy figures behind unwinding are so afraid of her, they may discover the key to ending the unwinding process forever.

Cam, the rewound boy, is plotting to take down the organization that created him. He knows that if he can bring Proactive Citizenry to its knees, it will show Risa how he truly feels about her. And without Risa, Cam is having trouble remembering what it feels like to be human.

With the Juvenile Authority and vindictive parts pirates hunting them, the group’s paths will converge explosively—and everyone will be changed.

Unsouled The Rheinschilds
“They signed it. The Heartland War is over.”

Janson Rheinschild closes the front door, throws his coat on the sofa, and collapses into an armchair, as if all his joints have become internally undone. As if he’s been unwound from the inside out.

“You can’t be serious,” Sonia says. “No one in their right mind would sign that hideous Unwind Accord.”

He looks at her with a bitterness that isn’t meant for her, but it has nowhere else to go. “Who,” he asks, “has been in their right mind for the past nine years?”

She sits on the arm of the sofa as close to him as she can get and takes his hand. He grasps it with a sort of desperation, as if her hand is the only thing keeping him from the abyss.

“The new chairman of Proactive Citizenry, that narcissistic weasel Dandrich, called me before they made any official announcement, to let me know the accord was signed. He said that I should know first ‘out of respect.’ But you know as well as I do, he did it to gloat.”

“There’s no sense torturing yourself, Janson. It’s not your fault, and there’s nothing you can do about it.”

He pulls his hand away from her and glares. “You’re right—it’s not my fault. It’s our fault. We did this together, Sonia.”

She reacts as if he’s slapped her across the face. She doesn’t just turn away from him. She gets up and moves away, beginning to pace the room. Good, thinks Janson. She needs to feel a little bit of what I feel.

“I did nothing wrong,” she insists, “and neither did you!”

“We made it possible! Unwinding is based on our technology! Our research!”

“And it was stolen from us!”

Janson gets up from his chair, unable to bear even one sedentary moment. Sitting feels like acceptance. It feels like admitting failure. Next he’ll be lost in that armchair with a drink in his hands, swirling the ice to hear it clink, feeling the alcohol numbing him into submission. No, that’s not him. It will never be him.

There’s some shouting in the street. He looks out the living room window to see some neighborhood kids being rowdy with one another. “Ferals,” the news now calls them. Feral teens. “Something must be done about the feral teens this war has created,” the politicians bleat from their legislative pens. Well, what did they expect when educational funding was diverted to the war? How could they not know public education would fail? With no schools, no jobs, and nothing but time on their hands, what did they think these kids would do other than make trouble?

The mob in the street—barely a mob at all, numbering only four or five—passes without incident. They’ve never had trouble at their house even though theirs is the only home on the street without window bars and an iron security gate. On the other hand, several of the security doors on the street have been vandalized. These kids, they may be lacking in education since the school closures, but they’re not stupid. They see distrust all around them, and it makes them want to deliver their anger all the more. “How dare you distrust me?” their violence says. “You don’t know me.” But people are too wrapped up in their own fearful security measures to hear it.

Sonia comes up behind him now, wrapping her arms around him. He wants to accept her comfort, but can’t allow himself. He can’t be consoled or find a sense of peace until he’s undone this terrible wrong.

“Maybe it will be like the old Cold War,” Sonia suggests.

“How do you figure?”

“They have this new weapon,” she says, “unwinding. Maybe just the threat of it is enough. Maybe they’ll never actually use it.”

“A cold war implies a balance of power. What do these kids have if the authorities start unwinding them?”

Sonia sighs, finally seeing his point. “Not a chance in hell.”

Now at last he can take some comfort that she understands. That he’s not alone in seeing the murky depths to which this new law could lead.

“It still hasn’t happened,” she reminds him. “Not a single feral teen has been unwound.”

“No,” Janson says. “Because the law doesn’t take effect until midnight.”

And so they decide to spend the rest of their evening together, holding each other close like it’s the last night of civilization. Because in a very real sense, it is.