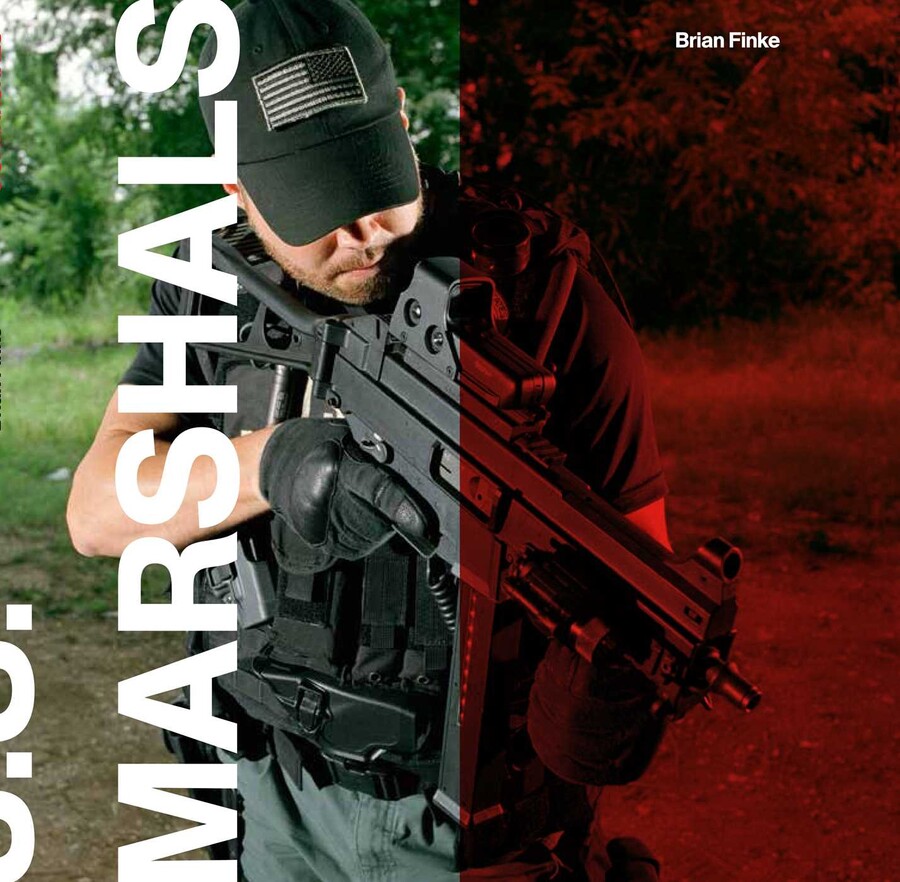 The U.S. Marshal service is the longest standing law enforcement agency in theUnited States. As the enforcement arm of the federal courts, marshals are tasked withprotecting judges, prosecutors, and witnesses, and are also responsible fortransporting prisoners and tracking down the country's most dangerous fugitives. Overthe years, the ranks of this pillar of American law enforcement have included the likesof Frederick Douglass, Wyatt Earp, and Wild Bill Hickok, and they have been involvedin diverse missions raging from tracking down train robbers in the Wild West, toprotecting African American school children segregating the south in the Civil RightsEra, to seizing and auctioning off Bernie Madoff's property.

The Marshals project started in 2010, and was photographed on and off over threeyears. Renowned photographer Brian Finke was reunited with a childhood friend whohad gone into law enforcement, now Deputy Marshal Cameron Welch. With Welch asan access point, Finke documents the wild, dangerous, and heroic work of the U.S.Marshals. Finke photographed marshals at various offices around the country, startingin Houston, then in Las Vegas, New York City, Syracuse, Utica, Philadelphia,Camdon, Atlantic City, Phoenix, Los Angeles, and a handful of Texas border towns:Brownsville, McAllen, Laredo, Del Rio, Alpine, and El Paso. Finke captured the
marshals during training, but also on the job on ride-alongs, and engaged inoperations with other agencies rounding up escaped convicts and executing warrants.

Through Finke's trained lens, the reader is treated to a unique, on-the-groundportrait of this elite group of officers. And at the same time Finke sheds light on howwe police ourselves in the United States today.

Brian Finke's visual commentary on American and global culture focuses on authenticity and the absurdity of everyday life. A graduate of the School of Visual Arts in New York City, Finke received a BFA in photography. He is the author of 2-4-6-8: American Cheerleaders and Football Players, Umbrage Editions 2003, Flight Attendants, powerHouse Books 2008, Construction, DECODE Books 2012 and U.S. Marshals, powerHouse Books 2014. His first monograph was named one of the best photography books of 2004 by American Photo magazine. Also in 2004, Finke was one of twelve artists nominated for the International Center for Photography's annual Infinity Award, and he won a prestigious New York Foundation for the Arts Fellowship. A self described stylized documentarian, his work has been placed in nine museum collections in the US and abroad, and he loves to shoot for editorial clients like National Geographic and the New York Times to commercial clients like Delta Airlines and Southern Comfort. A native Texan, Brian loves barbecue and is never without a Nikon and a trademark pair of checkered Vans.