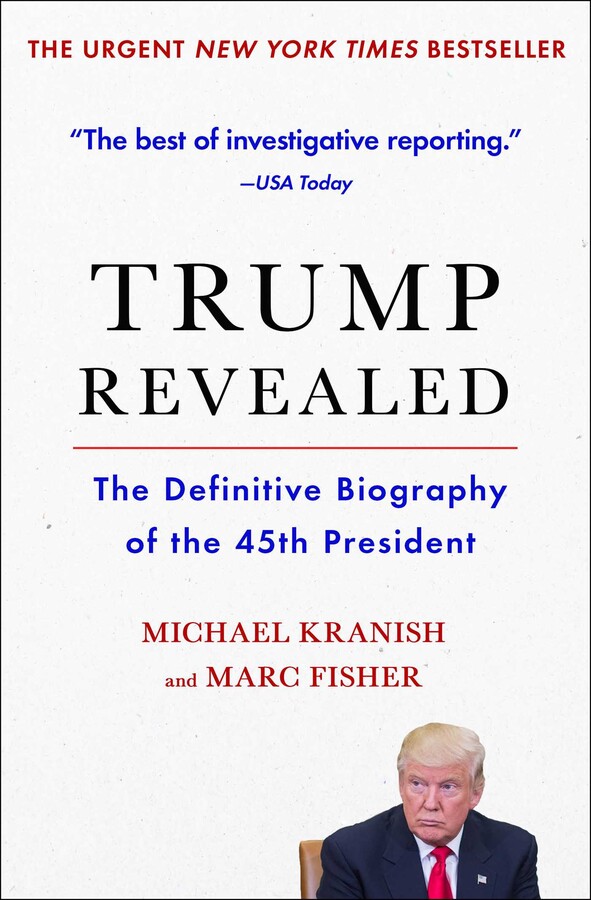 An American Journey of Ambition, Ego, Money, and Power

By Michael Kranish and Marc Fisher
LIST PRICE $13.99
PRICE MAY VARY BY RETAILER

A comprehensive biography of Donald Trump, the Republican front-runner in the presidential election campaign. Trump Revealed will be reported by a team of award-winning Washington Post journalists and co-authored by investigative political reporter Michael Kranish and senior editor Marc Fisher.

Trump Revealed will offer the most thorough and wide-ranging examination of Donald Trump’s public and private lives to date, from his upbringing in Queens and formative years at the New York Military Academy, to his turbulent careers in real estate and entertainment, to his astonishing rise as the front-runner for the Republican presidential nomination. The book will be based on the investigative reporting of more than two dozen Washington Post reporters and researchers who will leverage their expertise in politics, business, legal affairs, sports, and other areas. The effort will be guided by a team of editors headed by Executive Editor Martin Baron, who joined the newspaper in 2013 after his successful tenure running The Boston Globe, which included the “Spotlight” team’s investigation of sexual abuse in the Catholic Church.

Michael Kranish is an investigative political reporter for The Washington Post. He is the coauthor of the New York Times bestseller Trump Revealed, John F. Kerry, The Real Romney, and the author of The World’s Fastest Man and Flight from Monticello: Thomas Jefferson at War. He was the recipient of the Society of Professional Journalists Award for Washington Correspondence in 2016. Visit MichaelKranish.com. 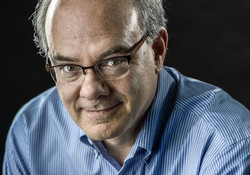 Marc Fisher is a senior editor at The Washington Post, where he has been the enterprise editor, local columnist, and Berlin bureau chief, among other positions over thirty years at the paper. He is the author of Something in the Air, a history of radio, and After the Wall, an account of the fall of the Berlin Wall and the reunification of Germany. Fisher wrote several of the Washington Post articles that won the Pulitzer Prize for National Reporting in 2016 and the Pulitzer Prize for Public Service in 2014. Visit MarcFisher.com.

"Any voter who is not already devoted to Trump's cause will find plenty of reason to think long and hard about whether to support him after reading this book. ...Talented writers Michael Kranish and Marc Fisher have taken the work of dozens of Post journalists and woven it into a compelling narrative. ...The best of investigative reporting is brought to bear on a man who could potentially lead the free world. They paint a sobering portrait that merits inspection. Voters can't say they weren't warned."
—USA Today

"The most definitive book about Trump to date."
—Booklist

"The many revealing scenes cohere into a fascinating portrait. ...Trump the outrageous poseur becomes sadder and more real in this fine book."
—Evan Thomas, The Washington Post

"[L]ikely the most complete and nuanced life of Trump thus far."
—Boston Globe

“Those willing and brave enough to dare these pages will find the authors’ approach evenhanded, perhaps even overly so, in preference to allowing Trump plenty of rope—and suffice it to say that Trump unrolls miles of it.”
—Kirkus Reviews

"Useful, vigorously reported...deftly charts [Trump's] single-minded building of his gaudy brand and his often masterful manipulation of the media."
—The New York Times

“I know, I know — you’ve likely read more than you ever wanted to about the star of his own life. You have had it up to here and probably think you know all there is to know about the destroyer of the Republican Party….Although I have fussed, fumed and fulminated, I see that I have, frankly, not understood all there is understand about Mr. Trump….I guarantee that reading about this particular life is incredible. It has taken genuine intelligent research to realize it. Page after page, it’s all convincing. I think you’ll be startled by the cumulate facts….I wish I had read it before, but I simply didn’t know the half of it.”
—Liz Smith, New York Social Diary

“As we look ahead to a Trump administration that appears particularly disinclined toward transparency, this book is all the more valuable in understanding how Trump, our president-elect, has behaved in the past as a manager, businessman and private person.”
—Los Angeles Times

“Based on that paper’s superb reporting on the Trump era so far, I bet there is some useful information in this deep dig into Trump’s life and his business record.”
—The Seattle Times

“Benefits greatly from the in-depth reporting so critical to Jeffersonian democracy in the day of the tweet, the blog and the self-congratulatory mockery of ‘fair and balanced’ journalism.”
—The Roanoke Times

An American Journey of Ambition, Ego, Money, and Power

By Michael Kranish and Marc Fisher
LIST PRICE $13.99
PRICE MAY VARY BY RETAILER