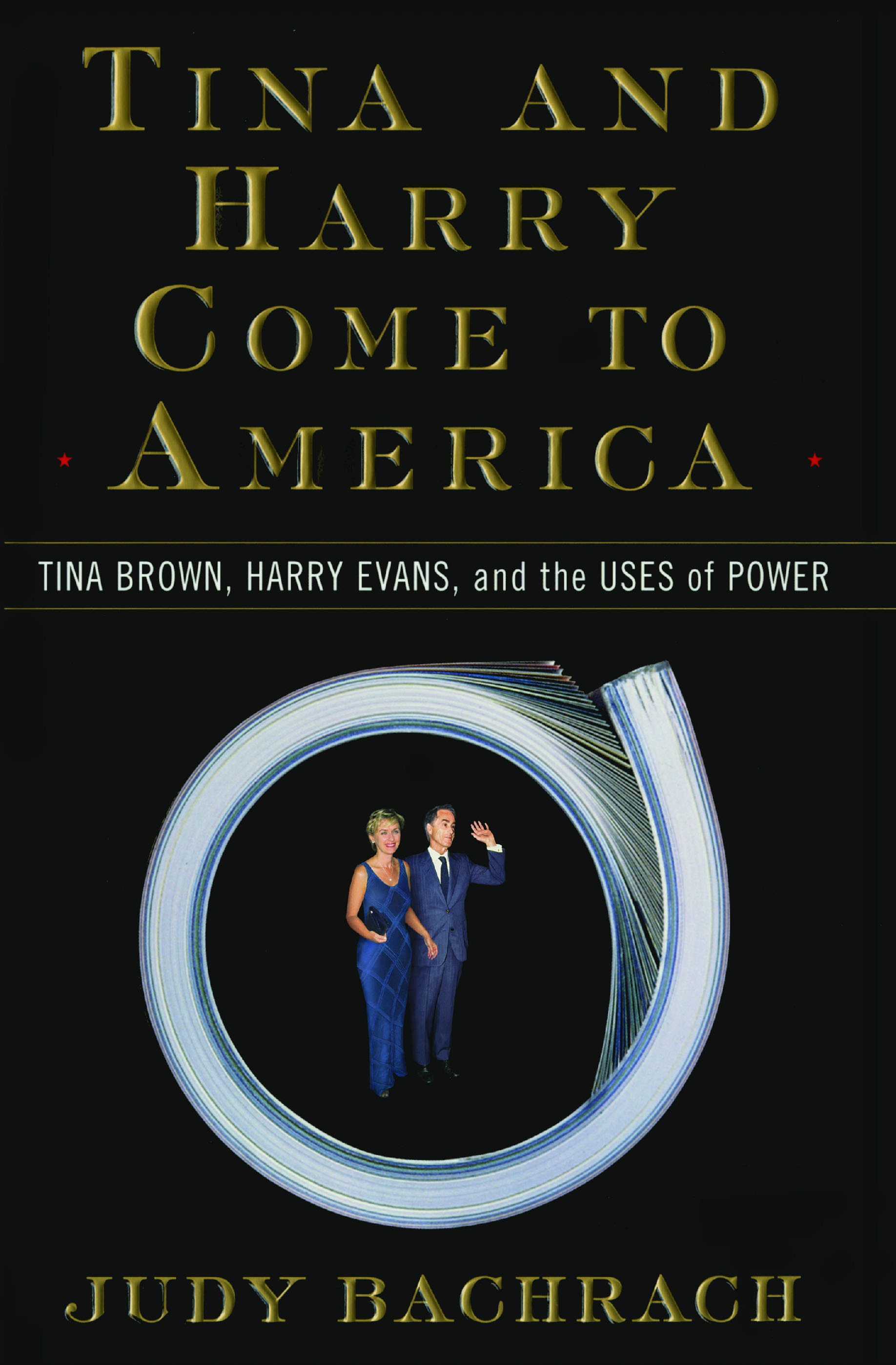 Tina and Harry Come to America

Tina Brown, Harry Evans, and the Uses of Power

By Judy Bachrach
LIST PRICE $24.99
PRICE MAY VARY BY RETAILER

Writing with a laser-sharp wit and a perceptive eye for revealing detail, Judy Bachrach traces the course of two careers and one romance—all driven by soaring ambition. With the right amount of energy, money, and desire, Tina Brown and Harry Evans knew how to handle virtually everything that came their way. Once they arrived from England, they felt destined to climb to the heights of the American media. The couple epitomized within elite corporate as well as social circles what might be called parvenu royalty, which covered both of them with the dazzling glaze of power, position, and fame. Underneath, of course, they were quite different: nature’s Americans, one might say, hungry, passionate, forever reinventing themselves.

Tina put her stamp on Vanity Fair, The New Yorker, and Talk magazine. Harry ran Random House. Over the years, they artfully crafted and recrafted the faces they showed the world, confident they were a match for anybody…especially for each other. They were constantly in the public eye, throwing parties, accepting the adulation of their peers—all the time making sure that no one really knew anything about them. But what happens to the perfect married couple—wealthy, attractive, running twin empires, the darlings of the media, the envy of their bitter rivals—when their world starts to fall apart and the enchantment fades? This rich, fast-paced story of Tina Brown and Harry Evans is not only a brilliant account of two media stars, but also a tale of how this British couple molded and shaped every aspect of the American publishing world—until it inevitably turned on them. Originally published in 2001, Tina and Harry Come to America reads like a bestselling novel and is, at times, uncanny in its resemblance to William Thackeray’s Vanity Fair—a riveting, cautionary tale of power and the media.

Tina and Harry Come to America

Tina Brown, Harry Evans, and the Uses of Power

By Judy Bachrach
LIST PRICE $24.99
PRICE MAY VARY BY RETAILER