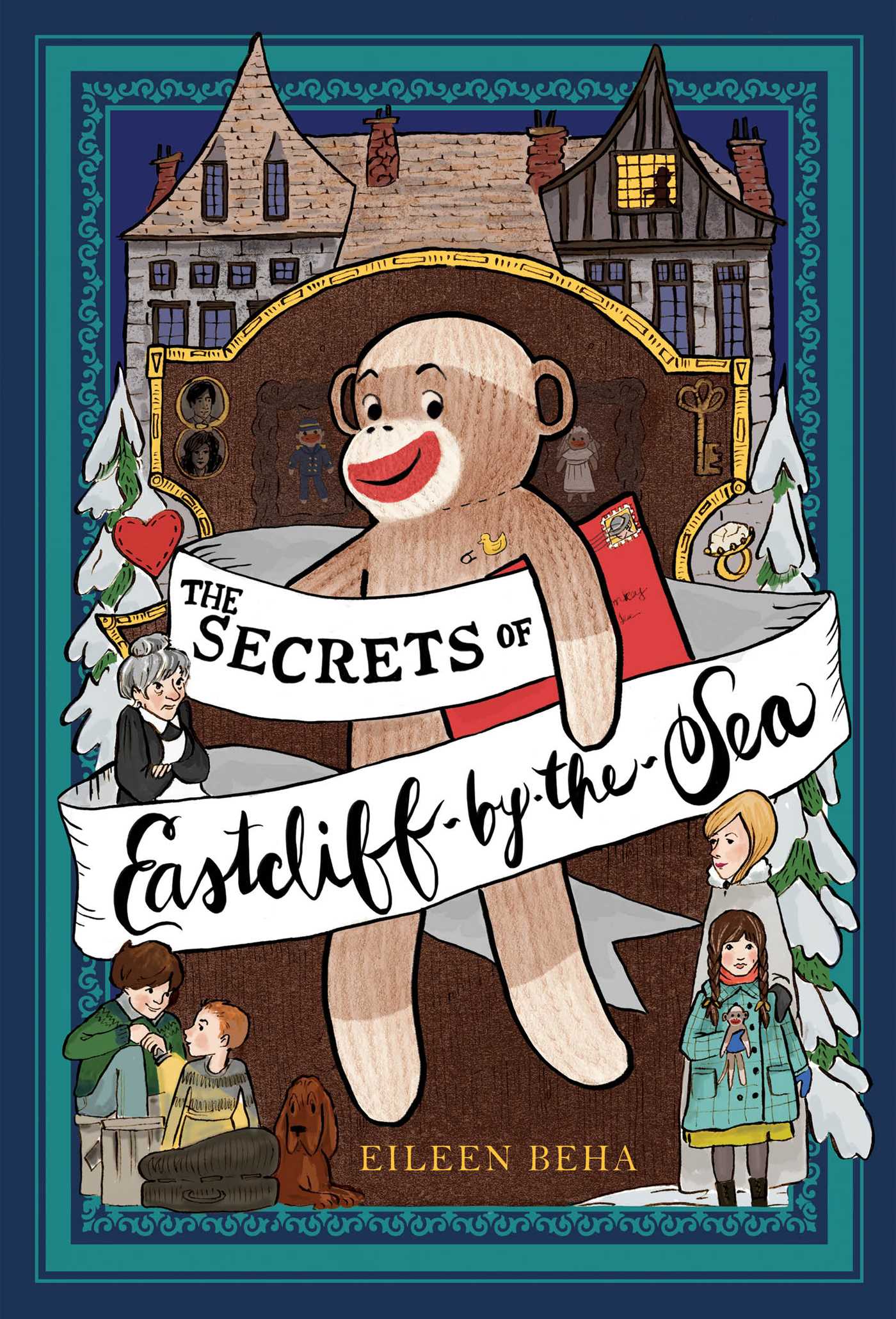 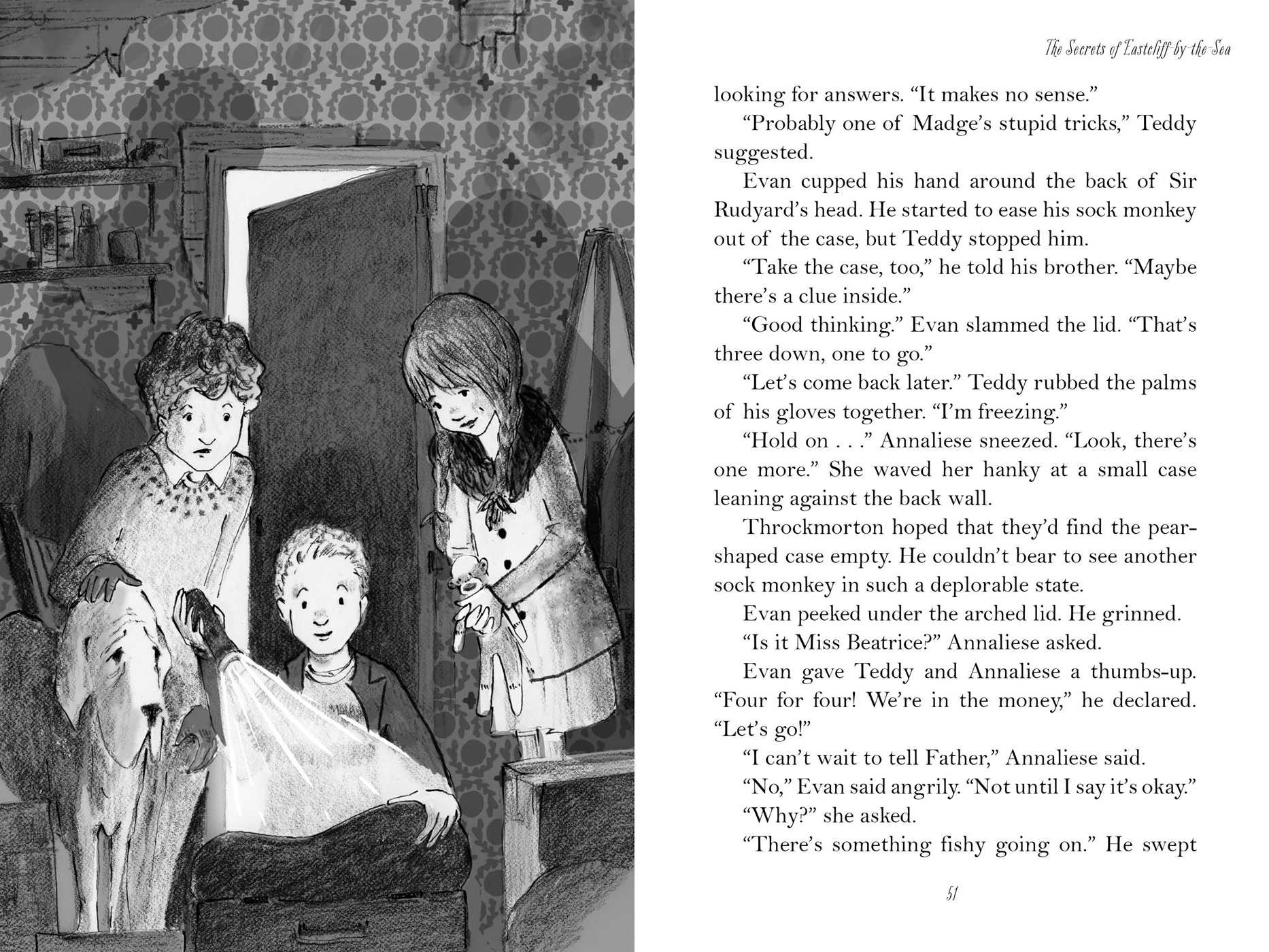 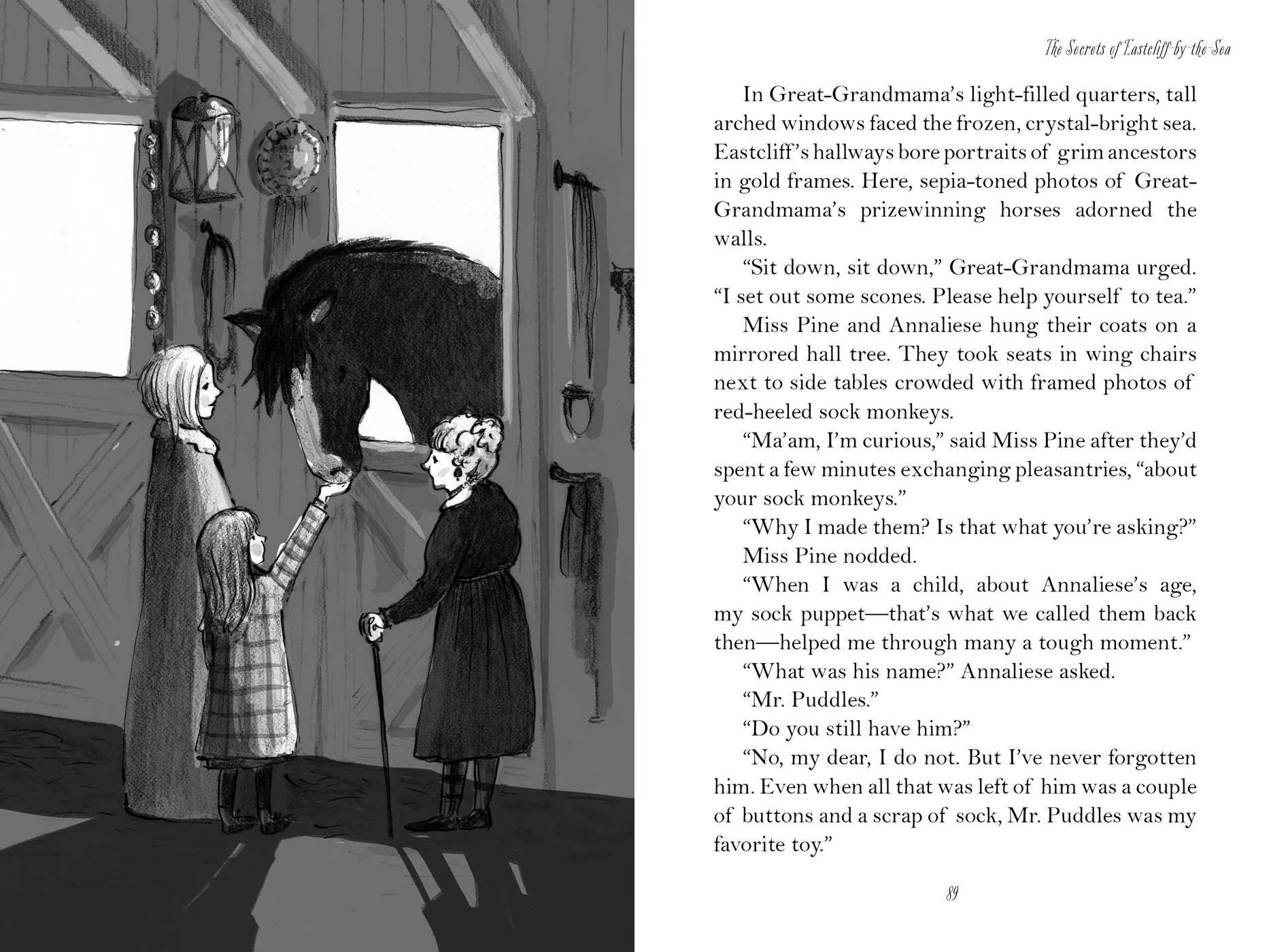 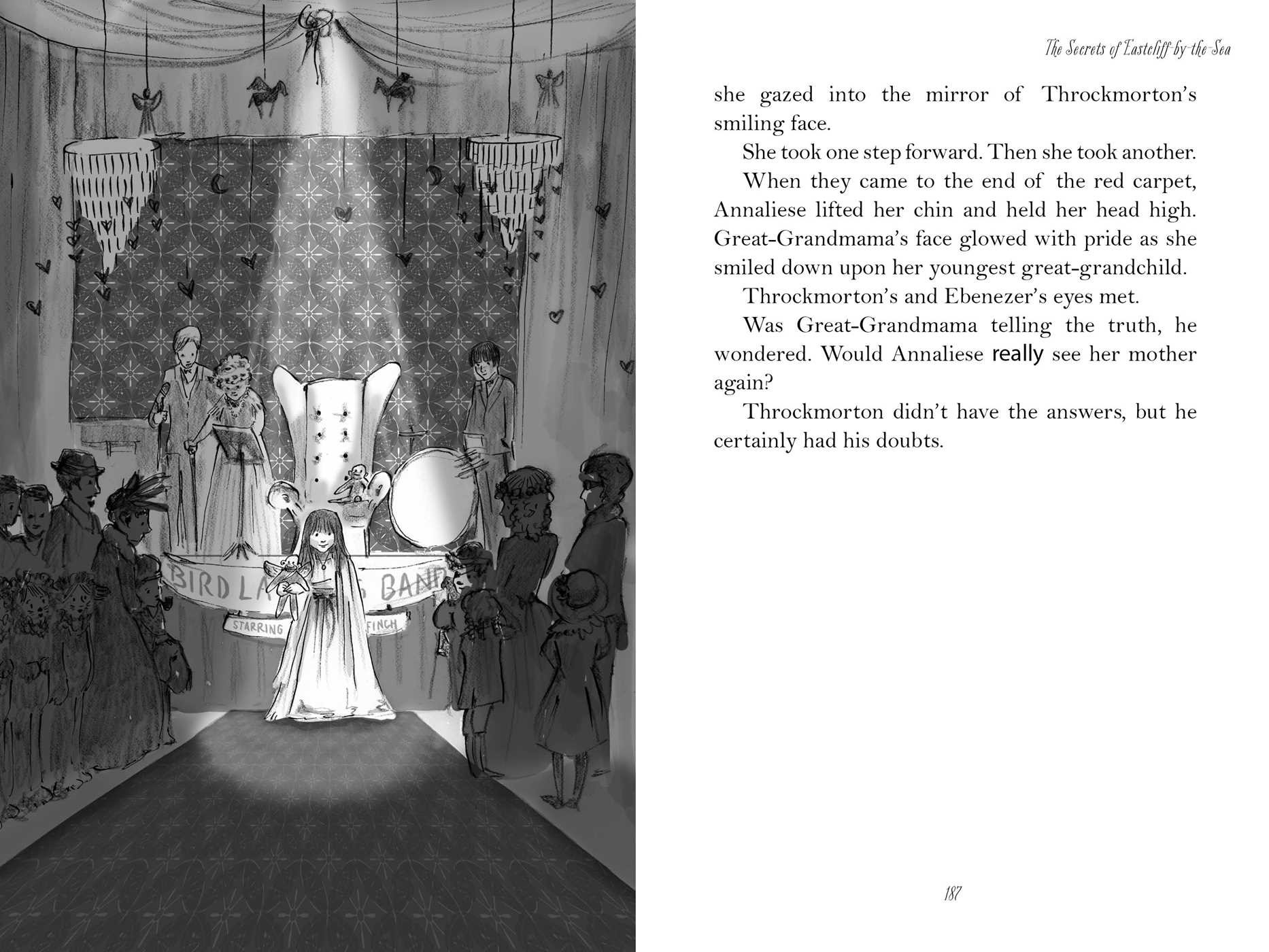 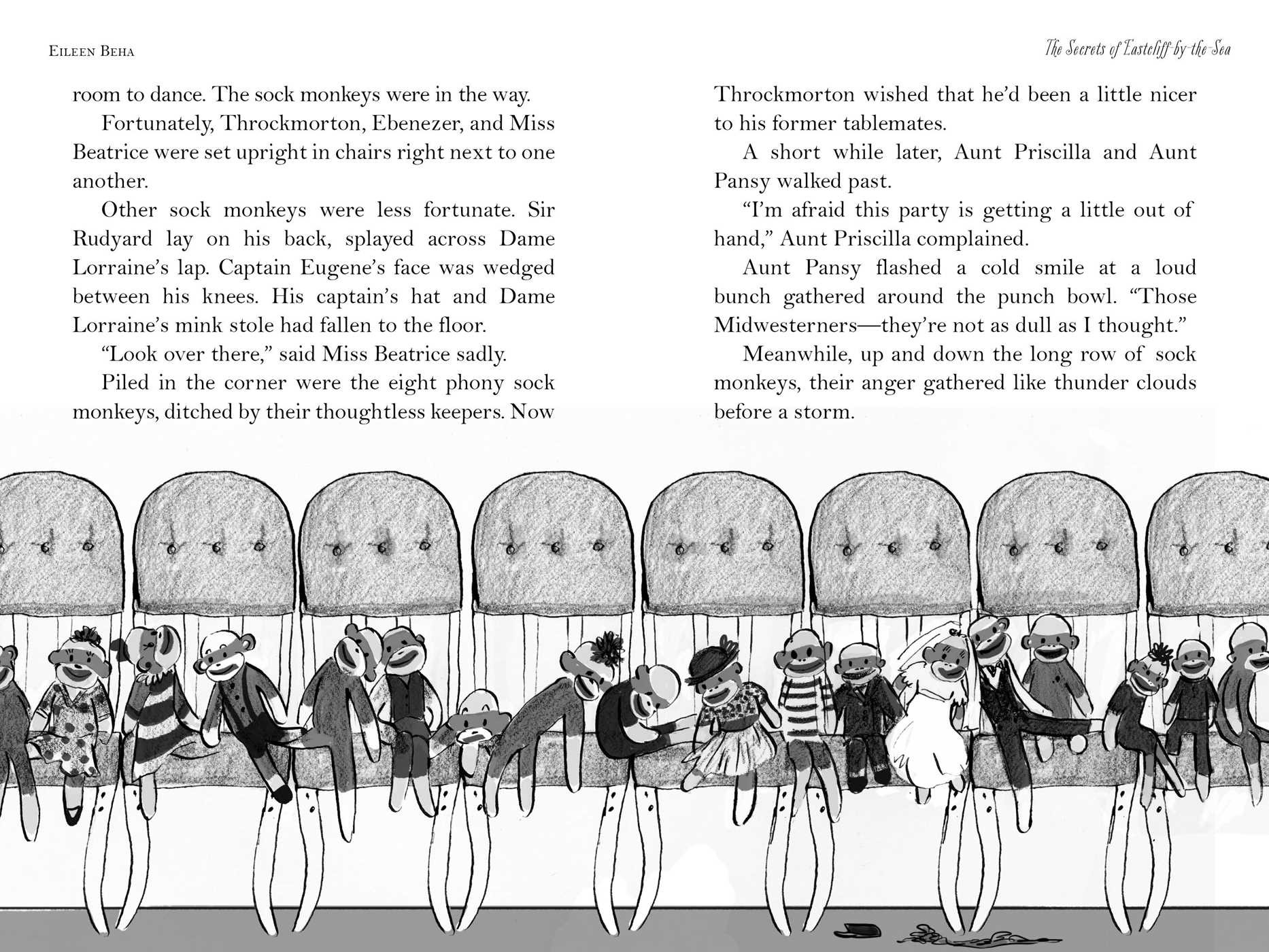 A charming sock monkey reunites a fractured family in this simply remarkable novel in the tradition of The Velveteen Rabbit and The Penderwicks.

Meet Throckmorton S. Monkey. He’s everything a sock monkey is supposed to be: Loving. Loyal. A very good listener. And he’s never, ever—not even once!—stopped smiling. Yet Throckmorton has been long forgotten by his keeper Annaliese Easterling, and he seems doomed to live out his days lost and lonely among other abandoned stuffed animals.

But then one day Great Grand Mama Easterling sends engraved invitations to forty-nine sock monkeys to attend her ninetieth birthday along with their human keepers. Throckmorton is thrilled! The arrival of his invitation brings him back together with Annaliese. And he vows to do something so remarkable, so amazing, she will never want to be separated from him again.

Indeed, over just a few days, Throckmorton will survive being buried in a blizzard. He’ll be spared from a vicious attacker. But best of all, he’ll find a way to reunite Annaliese with the one person she most longs to know. Not bad for a stuffed toy—if you’re to believe that’s all Throckmorton S. Monkey really is…

“This unusual novel is old-fashioned in the best sense of the word, conveying universal truths and values through the use of sentient toys” (Kirkus Reviews, starred review).

Secrets of Eastcliff-by-the-Sea Trapped
Once, in a fine house on a high cliff above a frozen sea, Throckmorton S. Monkey heard the frenzied barks of the family dogs announcing the approach of a stranger.

Throckmorton, a hand-sewn sock monkey, was suspended at the time in a fishy-smelling net strung high above Annaliese Easterling’s frosting pink four-poster bed.

Dozens of stuffed animals were stored in the crowded net.

Pressed against Throckmorton’s embroidered nose was the fuzzy tail of a stuffed rabbit. A penguin’s beak poked his black button eye. An elephant’s ear, spotted with jam, stuck to his bright red rump.

Many months earlier, a lazy maid named Madge—a fisherman’s daughter—had tossed him into the odoriferous net, and Annaliese hadn’t ever bothered to fish him out.

Whatever had Throckmorton done to deserve such a cruel fate?

Nonetheless, here he was . . . netted like a common crab.

Life, he lamented anew, was so unfair.

Who could it be? he wondered.

Eastcliff-by-the-Sea was far, far away from it all. The manor house was old and not nearly as fine as it used to be. Visitors of any kind were rare.

Now Donald and Bailey had stopped barking, and from somewhere in the house, Annaliese was shouting, “Evan! Teddy! Come here! Come quick!”

Neither brother answered her call.

Trippety-trip, trippety-trip . . . the heels of her shoes clicked as she scurried up the servants’ staircase to the second floor.

Throckmorton was dying to know what the excitement was all about. If only he had bones and muscles, he thought wistfully, he’d dive into the frothy sea of pillows on Annaliese’s bed below and dash after her. 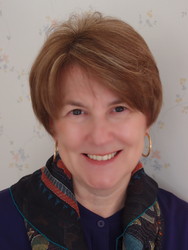 Eileen Beha is the author of The Secrets of Eastcliff-by-the-Sea and the celebrated middle grade novel Tango: The Tale of an Island Dog. A former middle school principal, Eileen received an MFA in creative writing from Hamline University. She lives in Minneapolis with her husband and their two dogs, Tango and Daisy. Visit her at EileenBeha.com.

Sarah Jane Wright has been illustrating the world around for as long as she can remember. She is the artist behind Sarah Jane Studios, which has a huge following on Pinterest and is a thriving business on Etsy, selling prints, wallpaper, etc. She also illustrated The Secrets of Eastcliff-by-the-Sea. Sarah Jane loves being a mom to her four small children and currently resides in Utah.