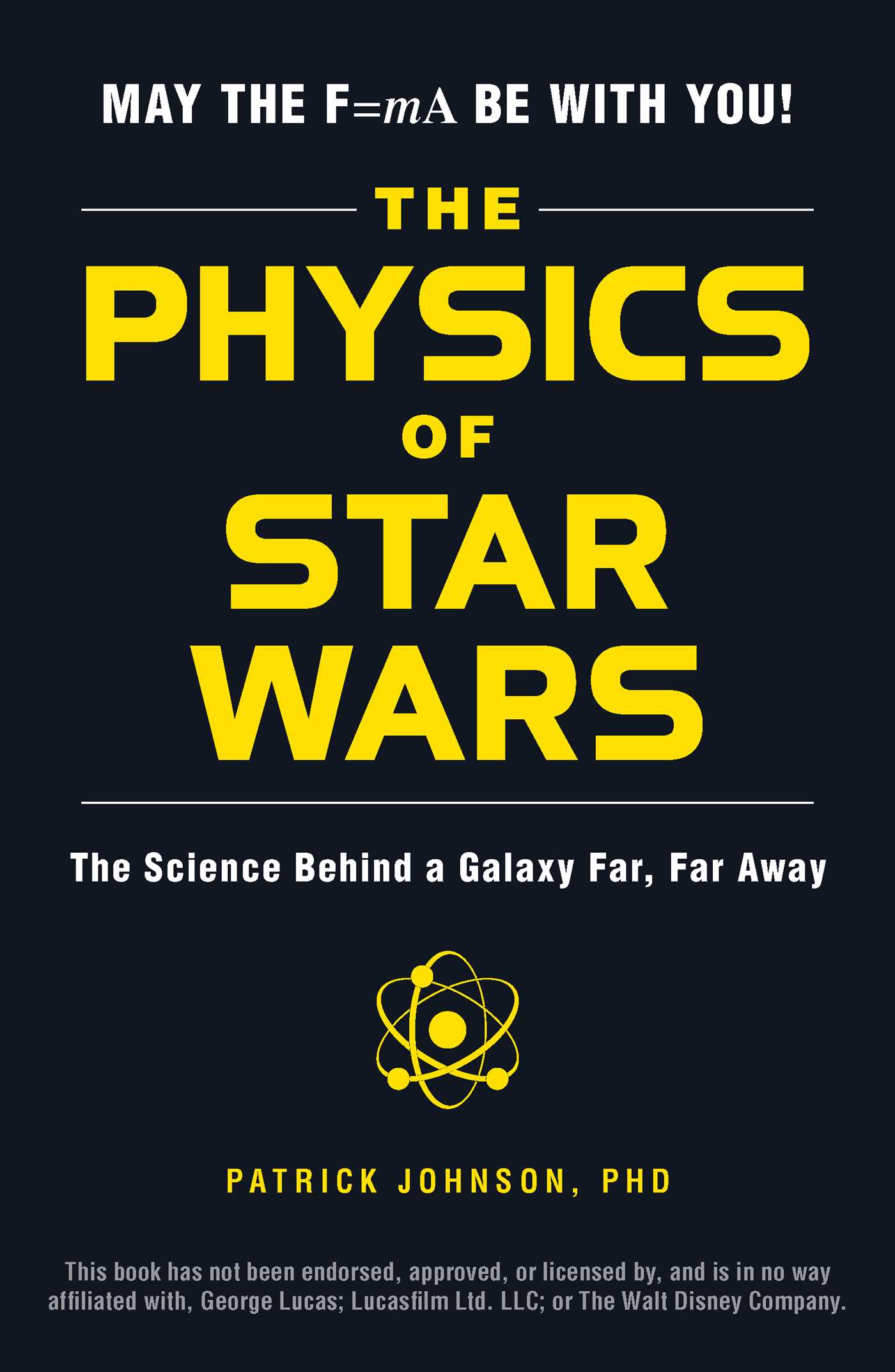 The Physics of Star Wars

The Science Behind a Galaxy Far, Far Away

Explore the physics behind the world of Star Wars, with engaging topics and accessible information that shows how we’re closer than ever before to creating technology from the galaxy far, far away—perfect for every Star Wars fan!

Ever wish you could have your very own lightsaber like Luke Skywalker and Obi-Wan Kenobi? Or that you could fly through space at the speed of light like Han Solo and Poe Dameron?

Well, those ideas aren’t as outlandish as you think.

In The Physics of Star Wars, you’ll explore the mystical power of the Force using quantum mechanics, find out how much energy it would take for the Death Star or Starkiller Base to destroy a planet, and discover how we can potentially create our very own lightsabers. The fantastical world of Star Wars may become a reality!

Patrick Johnson is an assistant teaching professor at Georgetown University. He previously taught at Marquette University and William Jewell College after receiving his PhD in physics from Washington University in St. Louis. Patrick gained his passion for Star Wars from his father, Eric, and has continued that throughout his life, watching the entire series in a marathon before the premieres of both Episode I and Episode VII. When not teaching physics or watching Star Wars, Patrick spends his time doing improv comedy with a local DC group. He is the author of The Physics of Star Wars.

"When you think of the science behind Star Wars, what do you think of? In this new book you can delve into the science of the galaxy far, far away and maybe get some answers."

"Patrick Johnson … breaks down the Star Wars franchise into its constituent parts, and offers scientific explanations, grounded in reality, for just about every detail … .A compulsive pleasure to read."

"Gets a fun conversation about physics brewing in the zeitgeist, but also might neatly explain everything that’s weird about the Star Wars galaxy. The wonderful thing about Johnson’s way of thinking is that nearly every quibble we might have about the science mistakes or fallacies inherent to Star Wars could have a neat explanation."

"A stellar read …. a deep dive into the real science behind the world of Star Wars. You can really tell how big a fan the author is, which makes for an extra fun read. By comparing the galaxy to our own, the author makes it very accessible and even more interesting. If you’re interested in this book and don’t have a science background, you’ll still enjoy it … .A fun, educational read."

"As part of his mission to communicate science to nonscientists, physicist Patrick Johnson uses the fictional world of Star Wars to explore real-life science. The book is divided into categorized topics … followed by an analysis of the physics involved in the Star Wars universe compared with current science and technology here on Earth. Aimed at a general audience, The Physics of Star Wars could stimulate some thought-provoking discussions."

The Physics of Star Wars

The Science Behind a Galaxy Far, Far Away