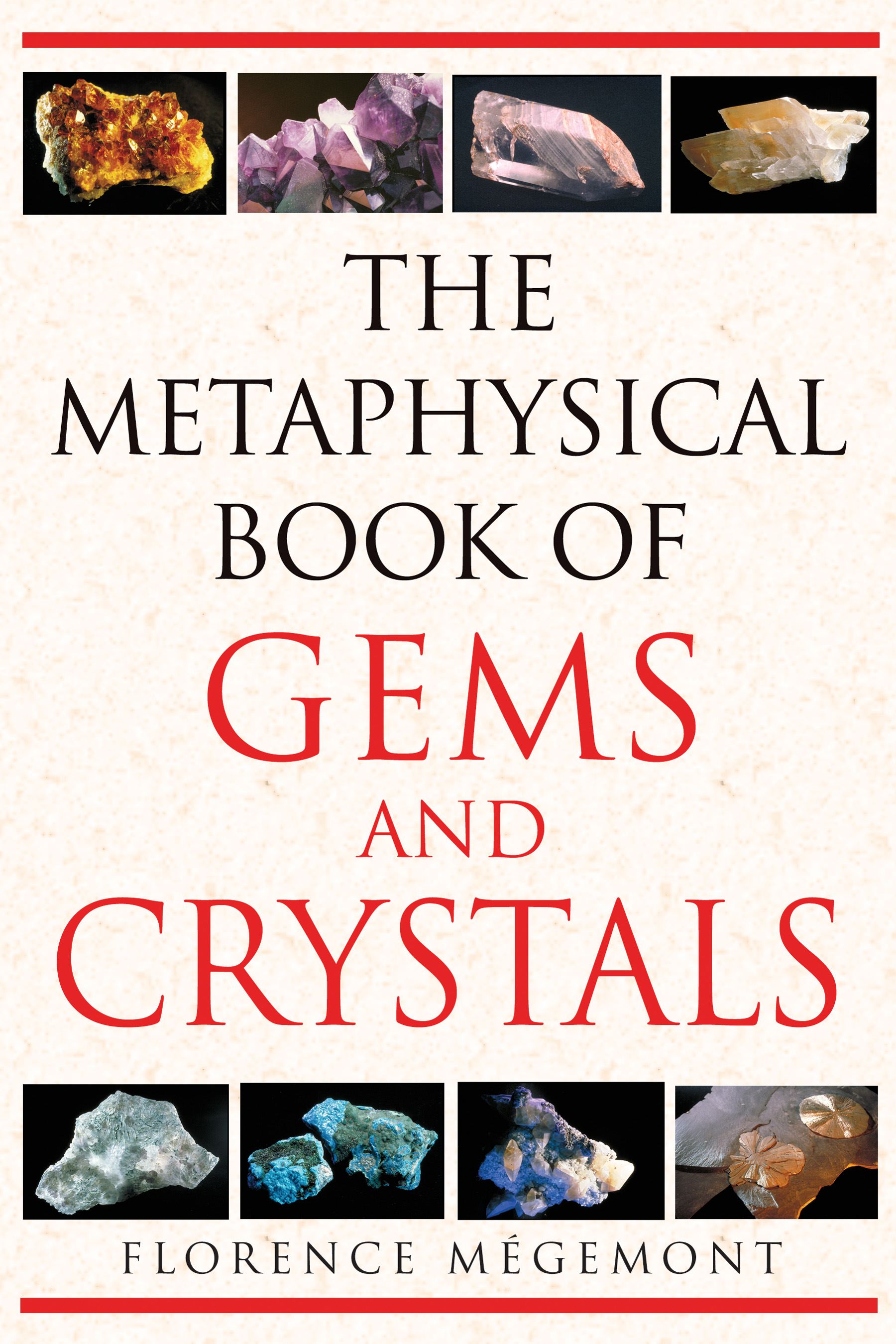 Details the powerful effects of gems as an alternative therapy for physical, psychological, and spiritual healing

• Reveals the physical, healing, and astrological properties of over 70 minerals, along with instructions for maintaining and recharging their powers

• Examines the “life” energy of stones, their basic vibratory patterns, and how this energy is used therapeutically to treat various disorders

Gemstones have been used for both therapeutic and spiritual purposes since the beginning of time and in all traditions. Used properly, they can contribute to and accelerate healing through the practice of lithotherapy, which uses gems and minerals to restore enzymatic functions, and they can energize spiritual development. Alternative medicines such as homeopathy have given prominence to the therapeutic character of certain minerals, but the use of gemstones in expanding awareness or establishing a holistic, energetic connection with the stone itself have scarcely been brought forward. In this reclaiming of ancient wisdom, Florence Mégemont explores the many potent and beneficial dimensions of the mineral world.

Over 70 precious and semiprecious stones are inventoried as to their principal deposits, therapeutic applications, and zodiac correspondences. Readers will discover which physical and emotional disorders can be relieved by using which minerals and--with the application of chakra therapy--which gemstones are indispensable to their spiritual health. While not proposing that lithotherapy is a substitute for traditional allopathic treatment, Mégemont shows that it can be a powerful complement to it. Additionally, stones can act preventively, energizing both our health and spiritual resources to a state of balance and attunement.

Color: It is a black agate sometimes beribboned in white. The onyx veined in black and dark brown is called sardonyx.

Etymology and General Characteristics
From the Greek onux, “fingernail.” Legend has it that Cupid was in the midst of cutting Venus’s nails one day as she was sleeping, and the clippings fell onto the ground. The Fates immediately transformed them into stone, for nothing that comes from a goddess’s body should perish. This stone, is connected to the body, to belonging, to being rooted. Onyx presents the same challenges as those related to belonging to the earth or a clan. It is sometimes a stone of discord, of ill feeling in a family. It was reputed to separate lovers.

In China, only slaves could extract onyx: a free man would not have been exposed to the danger of this bad-luck stone. It was reputed to be fatal for pregnant women and was believed to bring on nightmares. However, this sad aura was corrected in antiquity by the Persians, who thought that, on the contrary, onyx helped in childbirth and protected people from the evil eye. Who to believe?

A double stone, a stone of familiarity as well as of family discord, the onyx is both claw and fingernail: it will attack evil and good with the same violence. Moreover, it encourages abrupt changes in mood, even depression. This doesn’t prevent onyx from being very widespread on rings and signet rings.

The aggressiveness produced by this stone is favorable for business people and conquerors. Sardonyx corrects this stone’s aggressive aspect by encouraging friendship or rather complicity, an often temporary alliance against a common enemy or a “whipping boy.” It is the stone of plots and machinations.

Therapeutic Uses
Protects against accidents, helps in concentration, and is the supreme remedy for buzzing in the ears and deafness.

However, it is advisable not to wear this stone continuously. Hold it in your hand for ten minutes several times during the day, which is an excellent practice before a negotiation or a request for a salary increase. Beware of side effects: aggressiveness, gloominess, and depression.

Zodiac Correspondences
Onyx is Scorpio’s favorite stone. It can usefully channel his tendency to have ideas that are too rigid. It will make his anger effective by preventing him “from going too far.”

Capricorn, sometimes too much of an individualist, will recover her team spirit thanks to the onyx.

Astrological Correspondences
The correspondence between the stones and the constellations is both obvious and subtle. The combination, for example, of jasper with Cancer “sticks out a mile” for most astrologers.

But beyond this affinity, which seems “to go without saying,” you will discover a stronger degree of resemblance between the stone and the sign if you are willing to take the time to meditate.

The stones associated with the signs that we are presenting below do not necessarily have a curative action, a medical function, or not solely that. It is rather a question of correspondence, of general affinities making it possible to have a harmonious relationship between the planets and their terrestrial sisters, stones. It goes without saying that we can only give general correspondences. They will be refined, and sometimes contradicted by knowledge of the ascendants (rising signs). Each case is special. However, there are major rules that make it possible to trace a satisfying relationship concerning the stones and the signs with which they have an affinity.

CANCER (June 22–July 22 • Water sign • Planet: Moon)
Often hypersensitive, Cancer stays attached to her home. Paradoxically, life often has her travel, whereas she hates to be displaced. She has a hard time with aggressiveness. Cancer is often led to dominate her deep tendencies. This struggle predisposes her to bitterness, gastric problems, ulcers, and nose and throat infections. It’s a sign that will get the greatest benefit from stones that help one find balance. Many Cancers are creators, poets, and painters. Although they have the artist’s determination, they are no less in the direct grip of their feelings.

Jasper: This is a “mother” stone, nurturing the sphere of emotions. It connects Cancers with nature’s deep forces and reveals their hidden strength to them. Their emotions will be transformed into effective energetic power thanks to this stone.

Coral: With its marine roots, coral gives Cancers a feeling of security reinforced by water, this sign’s preferential element. The red will add its energy to this feeling, which will evolve toward a feeling of definite strength.

Opal: Cancers’ favorite stone, opal is constantly beneficial for them. It specifies and reinforces their feelings while directing them toward the joy of living and joviality that is full of humor and sometimes comical.

Moonstone: This stone’s soft vibrations wipe away Cancers’ emotional routines. In correspondence with the planet, the stone makes a particularly harmonious radiance possible and will lead to deepening the premonitions and intuitions of the people born under this sign.

Pearl: It enables Cancers to be able to handle tough blows and the painful events of their existence such as upsets. Their emotional blockages will disappear as if by enchantment in this process that is almost alchemy in its transformation of pain into good, creativity, hope, and pleasure.

Emerald: It completes Cancers’ convivial tendency. It enables them to understand other people better and not be taken in by appearances. Thus, in a friendship or romantic relationship, an emerald stone will enable people born under the sign of Cancer to go straight to the essentials without being distracted or disturbed by their partners’ defenses.
Florence Mégemont

Florence Mégemont has been practicing lithotherapy since 1995, and she gives lectures and workshops throughout Europe. She is the author in French of two other books on the power of gems and minerals. She lives in southern France.

“Florence Mégemont’s explorations of the spiritual and therapeutic applications of over seventy different minerals and gemstones are vivid and lively, and they convey a strong sense of the stones as ‘beings’ rather than objects. This book gives strong emphasis to the therapeutic capacities of stones, and this is appropriate because the stones’ agenda is to facilitate human evolution into wholeness and spiritual realization.”

– Robert Simmons, author of The Book of Stones and Moldavite: Starborn Stone of Transformation

"The vivid, gorgeous photos of each gem and crystal turn these minerals into . . . well, I can only call them rock stars! Just looking at these celebrity portraits gives you a sense of their inherent characteristics--through shape, texture, and color--and clues about how to work with them."

"Not only is this book a handy reference guide to gems, crystals and how to use them, but it is interesting as the author provides us with quite a bit of background on the use of stones around the world."

"This book is an excellent addition to any gemstone library. The colored photographs make identifying the stones much easier and the author includes such details as hardness as well as metaphysical aspects of the gemstones."