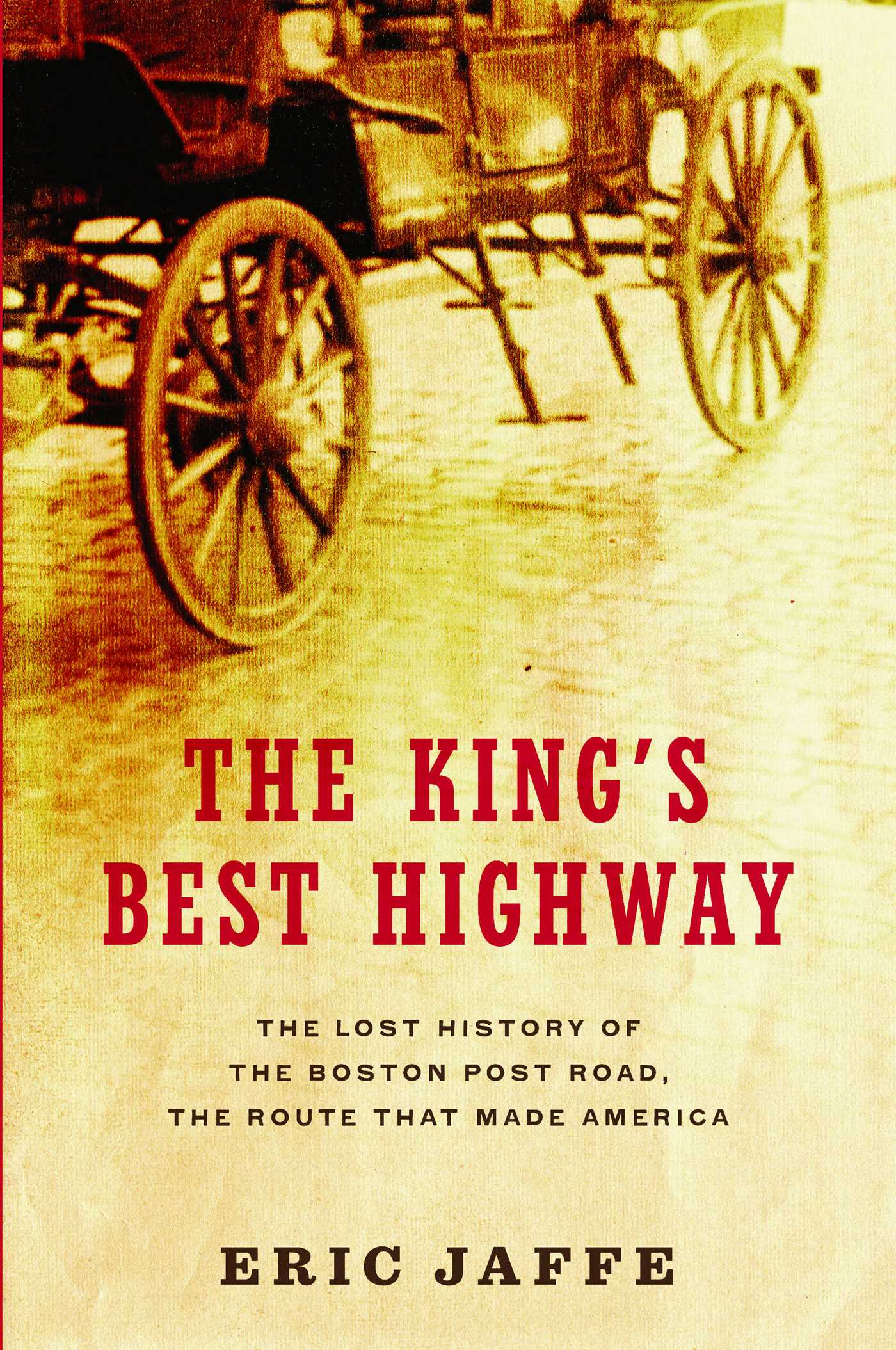 The Lost History of the Boston Post Road, the Route That Made America

By Eric Jaffe
LIST PRICE $15.99
PRICE MAY VARY BY RETAILER

A VIVID AND FASCINATING LOOK AT AMERICAN HISTORY THROUGH THE PRISM OF THE COUNTRY’S MOST STORIED HIGHWAY, THE BOSTON POST ROAD

During its evolution from Indian trails to modern interstates, the Boston Post Road, a system of over-land routes between New York City and Boston, has carried not just travelers and mail but the march of American history itself. Eric Jaffe captures the progress of people and culture along the road through four centuries, from its earliest days as the king of England’s “best highway” to the current era.

Centuries before the telephone, radio, or Internet, the Boston Post Road was the primary conduit of America’s prosperity and growth. News, rumor, political intrigue, financial transactions, and personal missives traveled with increasing rapidity, as did people from every walk of life.

From post riders bearing the alarms of revolution, to coaches carrying George Washington on his first presidential tour, to railroads transporting soldiers to the Civil War, the Boston Post Road has been essential to the political, economic, and social development of the United States.

Eric Jaffe weaves this entertaining narrative with a historian’s eye for detail and a journalist’s flair for storytelling. A cast of historical figures, celebrated and unknown alike, tells the lost tale of this road.
Revolutionary printer William Goddard created a postal network that united the colonies against the throne. General Washington struggled to hold the highway during the battle for Manhattan. Levi Pease convinced Americans to travel by stagecoach until, half a century later, Nathan Hale convinced them to go by train. Abe Lincoln, still a dark-horse candidate in early 1860, embarked on a railroad speaking tour along the route that clinched the presidency. Bomb builder Lester Barlow, inspired by the Post Road’s notorious traffic, nearly sold Congress on a national system of expressways twenty-five years before the Interstate Highway Act of 1956.

Based on extensive travels of the highway, interviews with people living up and down the road, and primary sources unearthed from the great libraries between New York City and Boston—including letters, maps, contemporaneous newspapers, and long-forgotten government documents—The King’s Best Highway is a delightful read for American history buffs and lovers of narrative everywhere.

Eric Jaffe is the author of The King’s Best Highway: The Lost History of the Boston Post Road, the Route That Made America, which won the U.S. Postal Service’s 2012 Moroney Award for Scholarship in Postal History. He’s a former web editor of Smithsonian magazine and now writes for The Atlantic Cities, a site devoted to urban life run by The Atlantic magazine.

The Lost History of the Boston Post Road, the Route That Made America

By Eric Jaffe
LIST PRICE $15.99
PRICE MAY VARY BY RETAILER