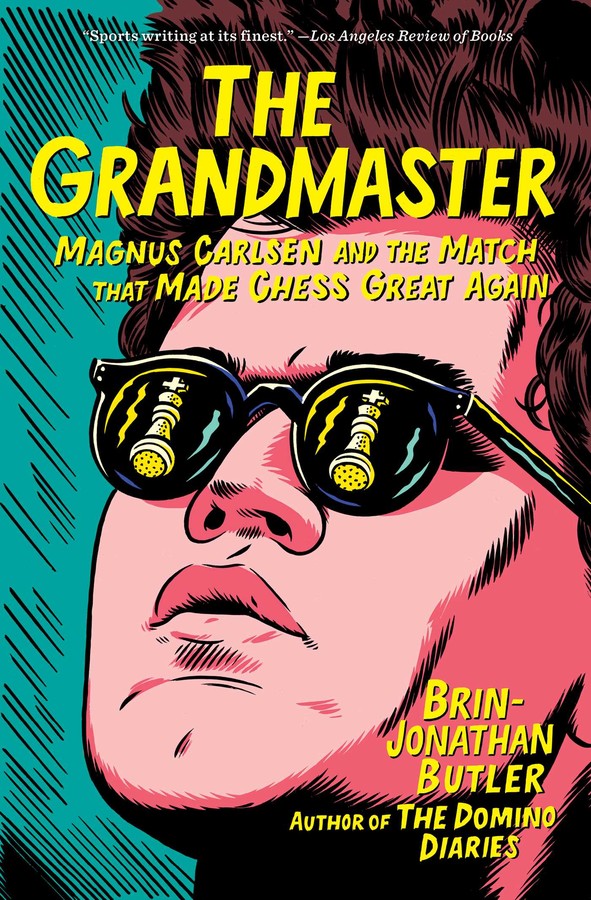 Magnus Carlsen and the Match That Made Chess Great Again

By Brin-Jonathan Butler
LIST PRICE $12.99
PRICE MAY VARY BY RETAILER

“A bravura performance…An entertaining book” (Kirkus Reviews) about the dramatic 2016 World Chess Championship between Norway’s Magnus Carlsen and Russia’s Sergey Karjakin, which mirrored the world’s geopolitical unrest and rekindled a global fascination with the sport.

The first week of November 2016, hundreds of people descended on New York City’s South Street Seaport to watch the World Chess Championship between Norway’s Magnus Carlsen and Russia’s Sergey Karjakin. By the time it was over would be front-page news and thought by many the greatest finish in chess history.

With both Carlsen and Karjakin just twenty-five years old, it was the first time the championship had been waged among those who grew up playing chess against computers. Originally from Crimea, Karjakin had recently repatriated to Russia under the direct assistance of Putin. Carlsen, meanwhile, had expressed admiration for Donald Trump, and the first move of the tournament he played was called a Trompowsky Attack. Then there was the Russian leader of the World Chess Federation being barred from attending due to US sanctions, and chess fanatic and Trump adviser Peter Thiel being called on to make the honorary first move in sudden death. That the tournament even required sudden death was a shock. Oddsmakers had given Carlsen, the defending champion, an eighty percent chance of winning. It would take everything he had to retain his title.

Author Brin-Jonathan Butler was granted unique access to the two-and-half-week tournament and watched every move. The Grandmaster “is not the usual chronicle of a world-championship chess match….Butler offers insight into what it takes to become the best chess player on the planet...A vibrant and provocative look at chess and its metaphorical battle for territory and power” (Booklist). 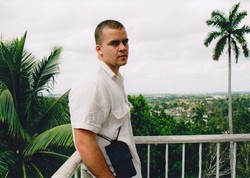 Brin-Jonathan Butler has written for Esquire, Bloomberg, ESPN Magazine, Al Jazeera, Harper’s, The Paris Review, Salon, and Vice. His first book, The Domino Diaries, was shortlisted for the PEN/ESPN Award for literary sports writing and a Boston Globe Best Book of 2015. His work has also been a notable selection in both Best American Sports and Best American Travel Writing multiple times.

“For those new to chess, The Grandmaster will function as both a cautionary tale of obsession and an exhilarating ride into a mysterious corner of the sports universe. What Butler has delivered is something much more intoxicating than a sports novel and immediately transcends the genre. It is sports writing at its finest.” —Los Angeles Review of Books

“This is a goddamned joyously addictive book about a brutally addictive game. Brin-Jonathan Butler writes like you'd imagine the child of David Foster Wallace and A.J. Liebling might—with ferocious intelligence, high comedic timing and an absolute love for the obsessives among us.” —Brian Koppelman, co-creator/showrunner of Billions and co-writer of Rounders

“Like Franklin Foer's How Soccer Explains the World and Kawabata's The Master of Go, Butler's The Grandmaster is a gripping account of a world championship—chess, in this case—contested on the crest of seismic international change. In luminous prose chess rookies can easily follow, it traces the mental, political, journalistic, and testosterone-driven vectors in play as Magnus Carlsen and his game Russian challenger are pinned to these pages like Nabokov's magnificent butterflies.” —James McManus, author of Positively Fifth Street and Cowboys Full: The Story of Poker

“Brin-Jonathan Butler’s writing is irresistibly compelling. The Grandmaster mesmerized me. It’s less about chess than about the razor’s edge between genius and madness. It’s deeply insightful and ridiculously fun.”  —Michael Finkel, author of The Stranger In the Woods

"With echoes of the Bobby Fischer-Boris Spassky showdown of yore, Brin-Jonathan Butler takes readers behind the scenes of another chess clash set against today's similarly complicated political tapestry. In a telling that can be alternatingly dark, humorous, fascinating and surprising, The Grandmaster is a thrilling read for chess geeks and lay sports fans alike. It's a story that feels fresh and timely, but Butler’s recounting is one for the ages."  —Mary Pilon, bestselling author of The Kevin Show and The Monopolists

"In this spellbinding journey through multiple dimensions of the chess universe, Brin-Jonathan Butler makes one astounding move after another, ending up with a literary victory equal to the genius performances of the grandmasters he portrays with such sympathetic insight." —Will Blythe, author of To Hate Like This Is To Be Happy Forever

“In The Grandmaster, the brilliance of Magnus Carlsen is fully displayed—and so is the brilliance of Brin-Jonathan Butler. This book represents the perfect marriage of subject and author, as Butler guides us on an exploration of rare genius, set against a backdrop encompassing much more than the chessboard.” —Jeremy Schaap, Emmy Award-winning ESPN host and author of Cinderella Man

"A bravura performance by the author... An entertaining book that contains everything you never imagined you wanted to know about chess." —Kirkus Reviews

"This is not the usual chronicle of a world-championship chess match. It has no diagrams, lists of moves, or strategy analysis. Instead Butler offers insight into what it takes to become the best chess player on the planet...A vibrant and provocative look at chess and its metaphorical battle for territory and power." —Booklist

"Brin-Jonathan Butler covers the contest with an unerring eye, providing insight into both game strategy and the encompassing sociopolitical context."  —Los Angeles Review of Books

“The Grandmaster is compelling reading, both in terms of the depth of its subject matter and the spare muscularity of its prose. It is both paean and exposé, a both-sides deep dive into a world that not many truly understand. While the chessboard might only exist in black and white, Butler’s book offers up unexpected shades of gray.” —The Maine Edge

Magnus Carlsen and the Match That Made Chess Great Again

By Brin-Jonathan Butler
LIST PRICE $12.99
PRICE MAY VARY BY RETAILER