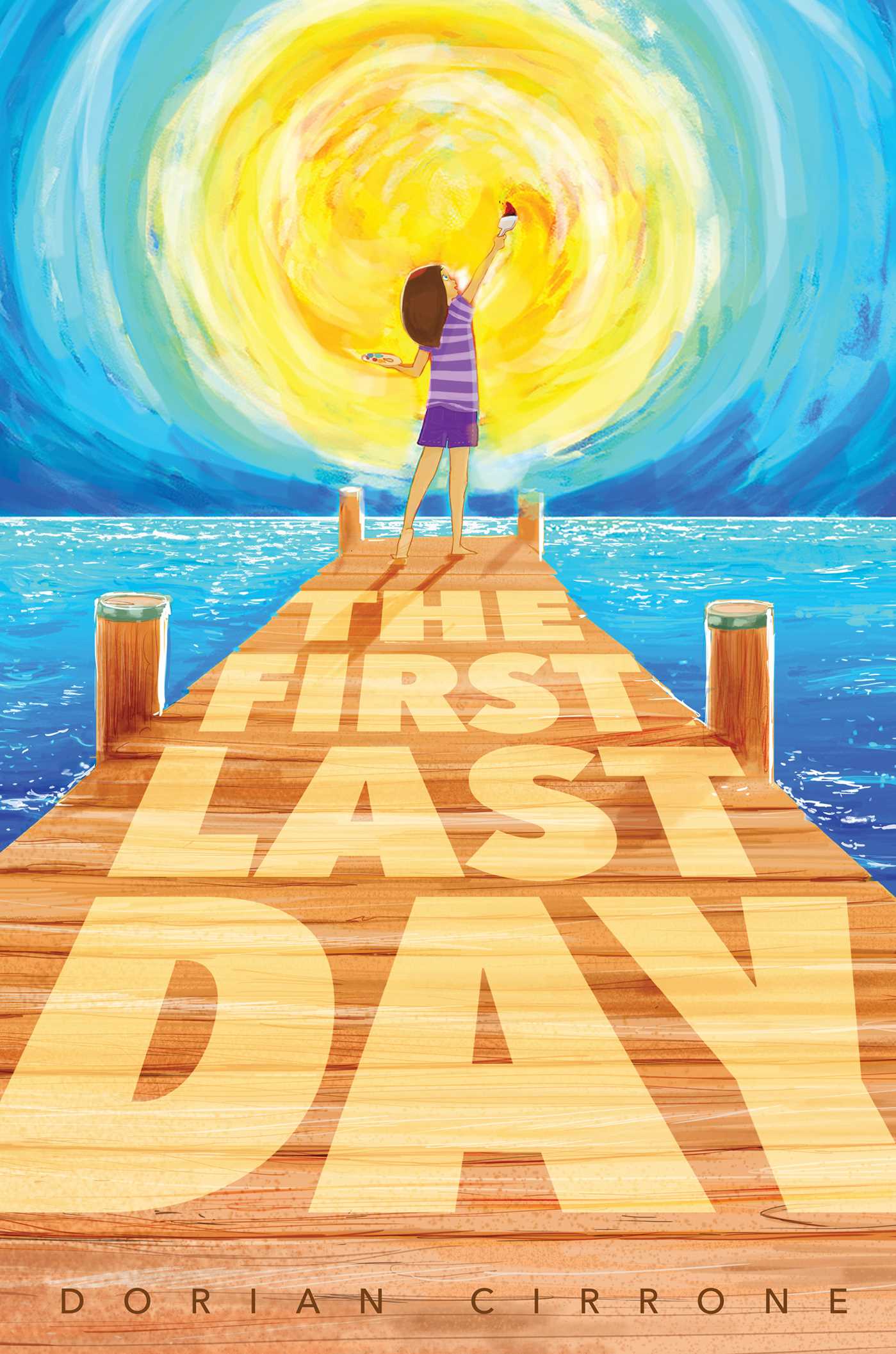 By Dorian Cirrone
LIST PRICE $8.99
PRICE MAY VARY BY RETAILER

The magic of summer comes to life in this “heartfelt” (School Library Journal) middle grade debut about an eleven-year-old girl who must save the future by restarting time after she realizes that her wish to relive the last day of summer may not have been such a great thing after all.

What if you could get a do-over—a chance to relive a day in your life over and over again until you got it right? Would you?

After finding a mysterious set of paints in her backpack, eleven-year-old Haleigh Adams paints a picture of her last day at the New Jersey shore. When she wakes up the next morning, Haleigh finds that her wish for an endless summer with her new friend Kevin has come true. At first, she’s thrilled, but Haliegh soon learns that staying in one place—and time—comes with a price.

And when Haleigh realizes her parents have been keeping a secret, she is faced with a choice: do nothing and miss out on the good things that come with growing up or find the secret of the time loop she’s trapped in and face the inevitable realities of moving on.

As she and Kevin set out to find the source of the magic paints, Haleigh worries it might be too late. Will she be able to restart time? And if she does, will it be the biggest mistake of her life?

The First Last Day CHAPTER 1
I once read that the Eiffel Tower can grow more than six inches in summer because heat makes iron expand.

When I said that to Kevin, he stopped on the boardwalk and turned to me wide-eyed, like I’d just revealed the secret plot to the next Star Wars movie. “Do you know what that means?” he asked. “If people were made of iron, you’d be five feet three—and I’d be five feet ten.”

I straightened my back and stretched my neck. “In a really hot summer, maybe even taller.” As I let myself imagine that I wasn’t always the shortest twelve-year-old in the room, Kevin took his notebook out of his backpack and jotted something down. “What are you writing?” I asked.

“An idea for a movie: a kid who becomes a giant every summer but shrinks back to normal size when it’s over.”

“Interesting. But who would you get to play the giant kid?”

As families strolled past us with dripping frozen custard cones and funnel cakes, Kevin thought for a minute. “I have a friend who’s really tall. Maybe he—”

A ping sounded from Kevin’s cell phone, and he stopped to read the text. “It’s my mom. She and Dad just drove in from Montclair to take me home tomorrow.”

“Which one? I said sixteen of them.”

“?‘Tomorrow.’ I’m trying to forget this is our last day at the shore.”

Kevin’s eyes gleamed as he put his phone away. “I’ve got something that’ll cheer you up. Wait here.”

“A surprise,” he said, taking off toward his grandmother’s house.

Knowing Kevin, I figured it could be anything from a vintage Batman comic to a moldy potato chip that looked like Spider-Man. Neither of those would cheer me up.

The only thing I wanted that day was for summer not to end and for Kevin and me to stay friends after we left the shore.

While I waited, the familiar sound of squawking seagulls and the smell of coconut sunscreen drifting by on a warm breeze were comforting. The sameness of summer always made me feel safe and happy.

As soon as we left the shore, my dad was starting a new job at a big university, and we were moving to a new house. Again.

That meant another new school. And another year of making new friends. We’d moved four times already, and each time I thought I’d found a BFF, things would change once we weren’t at the same school anymore. They’d be talking about things and people I didn’t know, and before I knew it, they’d moved on. I hoped Kevin and I wouldn’t drift apart like that when summer was over.

Even though we’d be at different schools, he didn’t live that far away from where we were moving. And I’d already figured out that if I left the next day at noon, he and I would have spent approximately seven hundred and twenty-four hours hanging out at the shore. That kind of time together had to mean something. It was more than I’d ever spent with anyone, except my parents. And maybe some random kid I’d sat next to in school because of our last names—like Tiffany Addison, who was always asking me why I drew people instead of cats. I love cats as well as the next person, but not when they’re wearing tiaras and carrying purses, like the ones she drew all over her notebook. It was kind of demeaning to all catkind.

I tightened the band around my frizz of a ponytail and squinted toward the beach.

Kids guarding their sand sculptures from the incoming tide.

And the endless line separating the periwinkle sky from the cerulean ocean.

I was about to take out my sketchpad to capture it all when I felt something behind me. Startled, I turned to find Kevin wearing a cow costume, complete with a hood that had pink ears sticking straight out to the sides—and an udder.

I eyed him up and down. “I see you’ve beefed up your wardrobe.”

“Well done!” Kevin shot back. He spun in a circle. “What do you think, Hales?”

Kevin is the only person I’d ever let call me Hales. At the beginning of sixth grade, one girl started calling me Hale. Then some others gave me nicknames like Storm and Tornado. One kid even called me Acid Rain Adams. That was when I learned you have to be very careful when you let someone give you a nickname.

“What’s up with the costume?”

“My mom saw one of those TV shows about hoarders, and now she’s on a cleaning binge—it was in my closet back home. I couldn’t let her give away something this cool.”

“Class project. Did you know a cow spends eight hours a day regurgitating and chewing her partially digested food?”

“And, one cow produces almost two hundred thousand glasses of milk in her lifetime?”

“Being a cow sounds tiring—and kind of gross.”

“Being a fake cow is cool. I’ll let you try on the costume.”

“C’mon,” Kevin said. “I’ve only had it on for like fifteen minutes and I can already tell you something about everyone on the boardwalk.”

Kevin’s father is a psychologist, so Kevin thinks he can figure out everything about everybody. I pointed to a guy in beige shorts and a white T-shirt, licking a cherry Italian ice. “Okay, Dr. Cheeseburger, what’s his story?”

“Let’s see. He’s very well adjusted and can cope with change. I know that because he looked at me, smiled, and went back to his Italian ice.”

I motioned toward a woman wearing huge sunglasses and a white lace bathing suit cover-up. “What about her?” As the words came out of my mouth, she pressed her lips together and hurried by.

“That one has major anger issues,” Kevin said.

“How can you know that? Maybe she’s a vegetarian . . . or lactose intolerant.”

“How could anyone look at me wearing this outfit and not smile? I look udderly ridiculous.”

“You do look ridiculous.”

“Ridiculously fun!” Kevin reached into his backpack and handed me his video camera to film him along the boardwalk. Then he shouted, “Lights, camera, action!”

I’d been helping Kevin with his science fiction movie all summer. He didn’t know what it would be about, but he wanted to be ready with a lot of footage once he decided. I walked backward as I filmed. After several near collisions, I stopped and looked up at him. “What kind of science fiction movie would have a cow in it?”

Kevin thought for a second. “Vampire cows! It’s got Oscar winner written all over it.”

I gave him the camera and laughed. “More like Oscar Mayer.”

The first time I saw that smile was when I bumped into him, literally, at the beginning of summer. Both of us stared straight up at the sky as we walked along the boardwalk. I was studying the exact shade of blue, for a painting, when our shoulders smacked each other hard. “Whoa,” Kevin said. “Sorry.”

“It’s okay,” I mumbled. Most kids would have kept going—but not Kevin.

“You know what I was wondering?” he asked.

Even though it was a weird question, the sparkle in his greenish brown eyes made me stop and ask, “What?”

“If you hung on a rope from a helicopter and hovered for about twelve hours while the Earth revolved, could you end up landing in a different country?”

I didn’t know the answer. But once we started talking, I knew this kid would definitely take the bored out of the boardwalk for me. And I was right.

Kevin continued filming random people. Most sped by as soon as they saw him.

After a while I put my face close to the lens. “C’mon. We need to make the rest of this day special.”

“Okay,” Kevin said, stopping to think for a minute. “I know! G-Mags is making cannolis for tonight. Let’s help her.”

G-Mags was the nickname Kevin and his brother gave their grandmother: G for Grandma and Mags for Margaret. She was a lot older than both my grandmothers, who live far away. I don’t see them very often, but I had seen G-Mags almost every day over the summer.

Kevin gave me that familiar grin. “Then let’s get a moooove on.” Once we crossed the street, he kicked a rock and chased it toward his grandmother’s house.

I watched as he and his cow suit grew smaller in the distance. 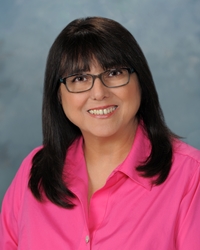 Dorian Cirrone is the author of the teen novel Dancing in Red Shoes Will Kill You, which was named an ALA Popular Paperback and made the Amelia Bloom List for Feminist Fiction. She has written other books, short stories, and poems, as well. She is the Workshop/Intensive Coordinator for the Florida SCBWI and presents writing workshops at conferences and schools. The First Last Day is her first middle grade novel.

By Dorian Cirrone
LIST PRICE $8.99
PRICE MAY VARY BY RETAILER