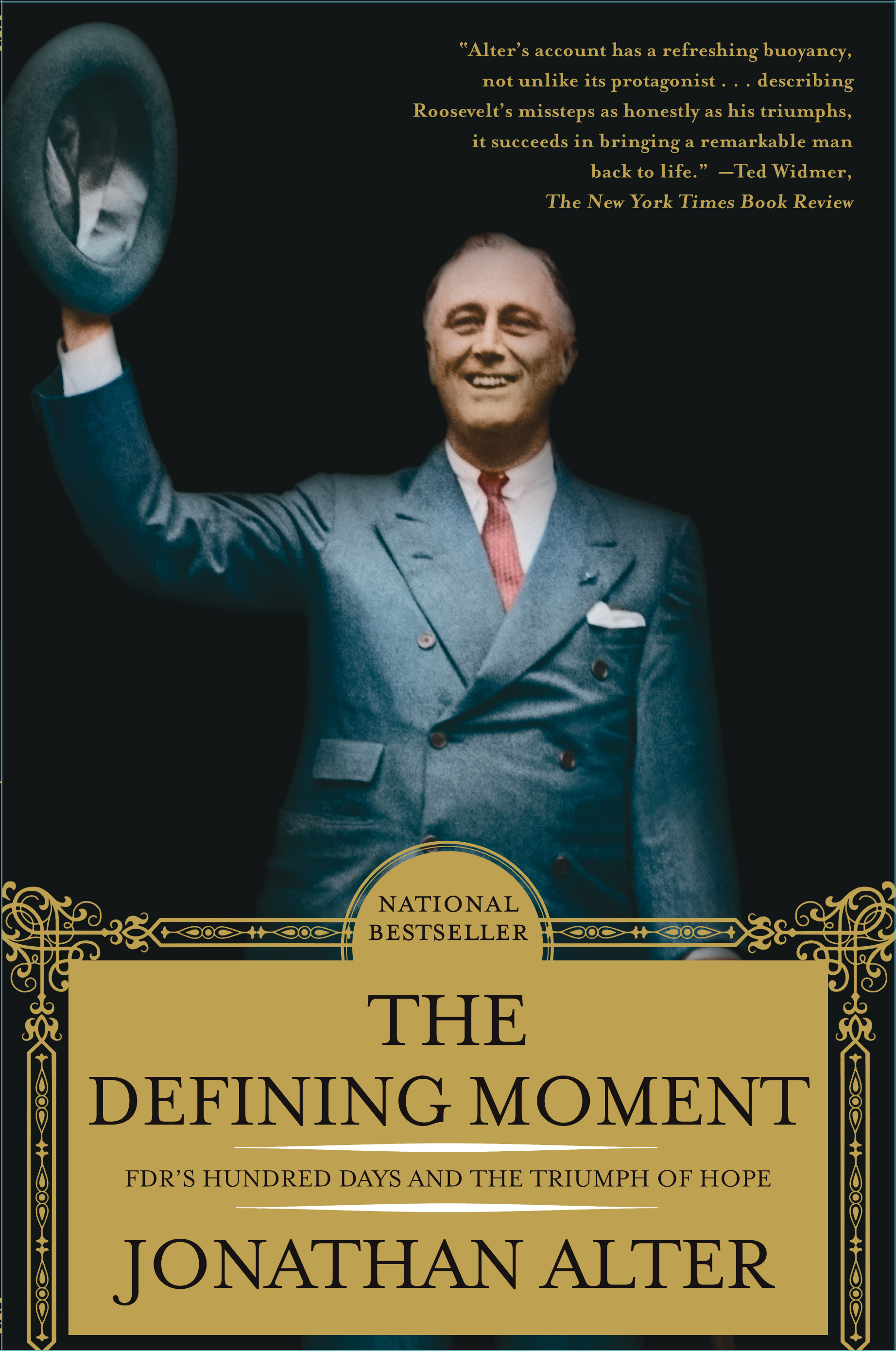 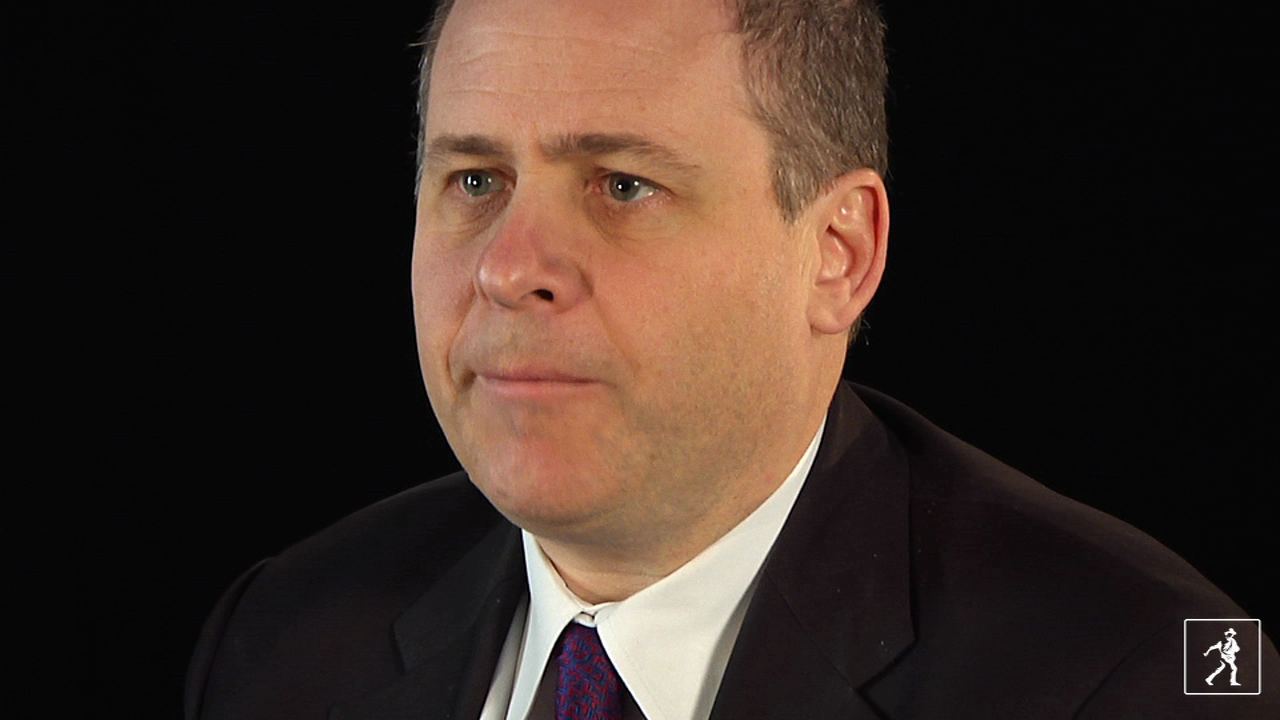 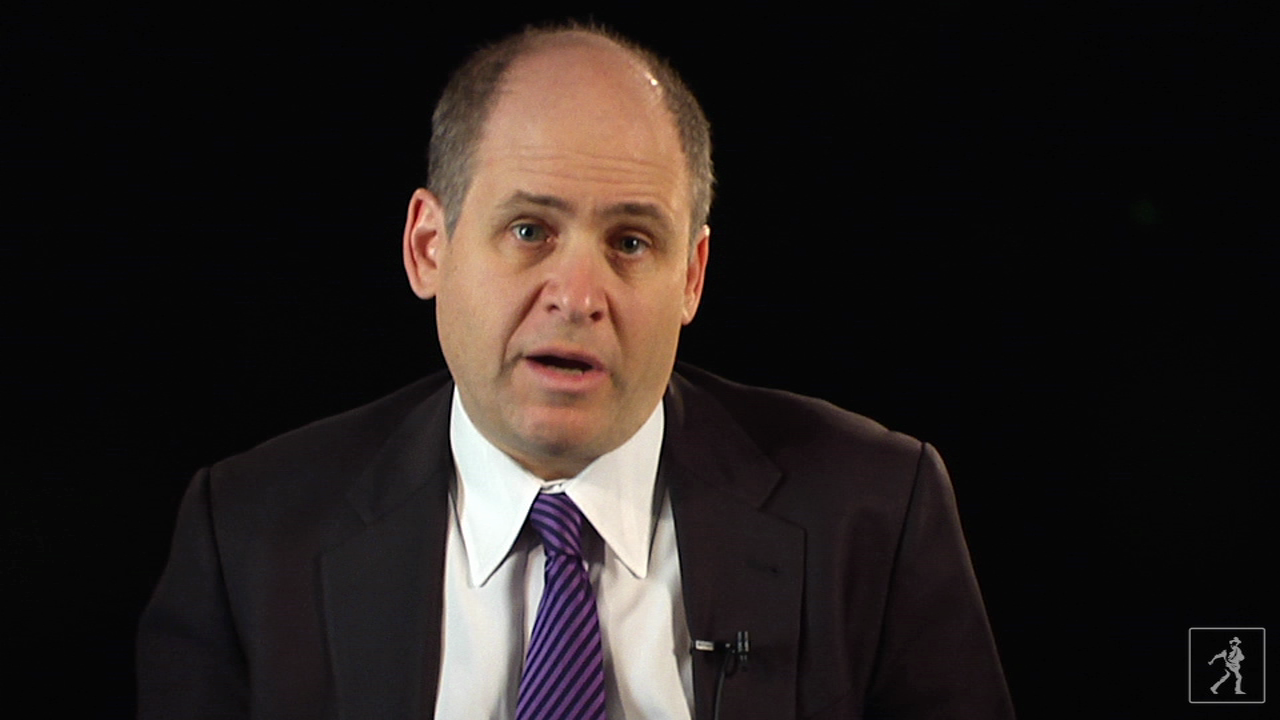 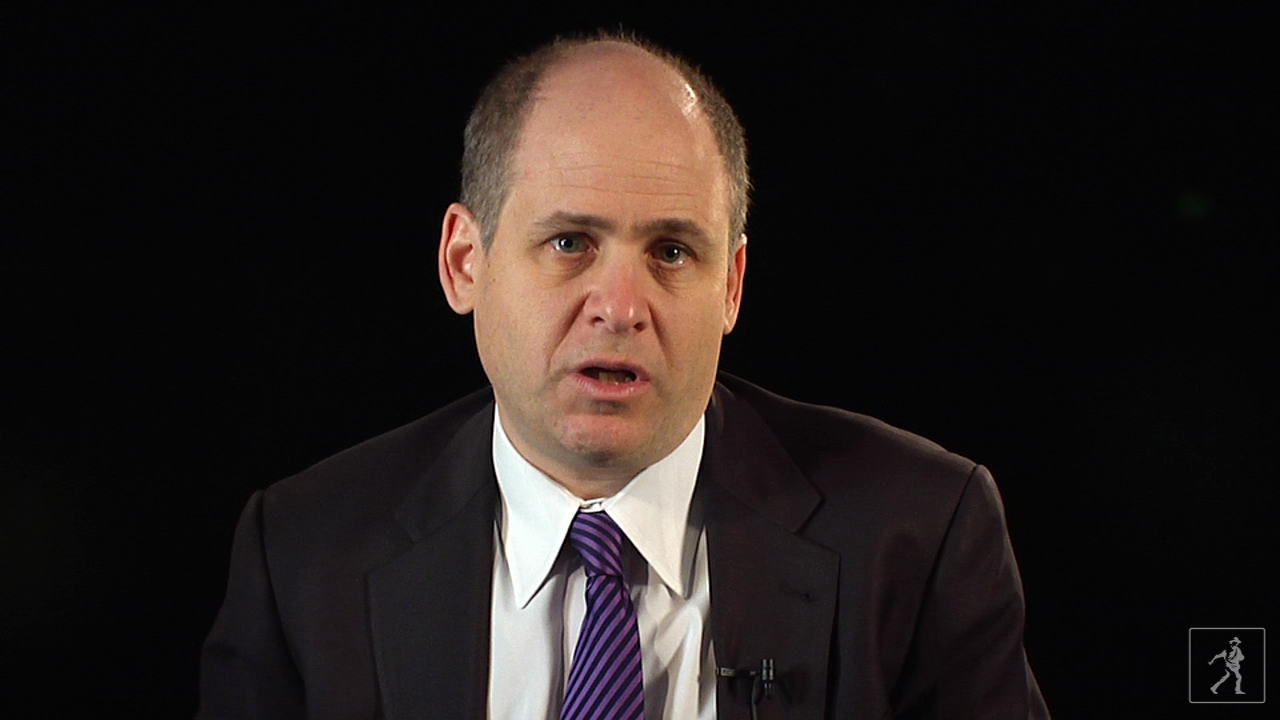 By Jonathan Alter
LIST PRICE $18.00
PRICE MAY VARY BY RETAILER

This is the story of a political miracle—the perfect match of man and moment.

Franklin Delano Roosevelt took office in March of 1933 as America touched bottom. Banks were closing everywhere. Millions of people lost everything. The Great Depression had caused a national breakdown. With the craft of a master storyteller, Jonathan Alter brings us closer than ever before to the Roosevelt magic. Facing the gravest crisis since the Civil War, FDR used his cagey political instincts and ebullient temperament in the storied first Hundred Days of his presidency to pull off an astonishing conjuring act that lifted the country and saved both democracy and capitalism.

Who was this man? To revive the nation when it felt so hopeless took an extraordinary display of optimism and self-confidence. Alter shows us how a snobbish and apparently lightweight young aristocrat was forged into an incandescent leader by his domineering mother; his independent wife; his eccentric top adviser, Louis Howe; and his ally-turned-bitter-rival, Al Smith, the Tammany Hall street fighter FDR had to vanquish to complete his preparation for the presidency.

“Old Doc Roosevelt” had learned at Warm Springs, Georgia, how to lift others who suffered from polio, even if he could not cure their paralysis, or his own. He brought the same talents to a larger stage. Derided as weak and unprincipled by pundits, Governor Roosevelt was barely nominated for president in 1932. As president-elect, he escaped assassination in Miami by inches, then stiffed President Herbert Hoover's efforts to pull him into cooperating with him to deal with a terrifying crisis. In the most tumultuous and dramatic presidential transition in history, the entire banking structure came tumbling down just hours before FDR's legendary “only thing we have to fear is fear itself” Inaugural Address.

In a major historical find, Alter unearths the draft of a radio speech in which Roosevelt considered enlisting a private army of American Legion veterans on his first day in office. He did not. Instead of circumventing Congress and becoming the dictator so many thought they needed, FDR used his stunning debut to experiment. He rescued banks, put men to work immediately, and revolutionized mass communications with pioneering press conferences and the first Fireside Chat. As he moved both right and left, Roosevelt's insistence on "action now" did little to cure the Depression, but he began to rewrite the nation's social contract and lay the groundwork for his most ambitious achievements, including Social Security.

From one of America's most respected journalists, rich in insights and with fresh documentation and colorful detail, this thrilling story of presidential leadership—of what government is for—resonates through the events of today. It deepens our understanding of how Franklin Delano Roosevelt restored hope and transformed America.

The Defining Moment will take its place among our most compelling works of political history. 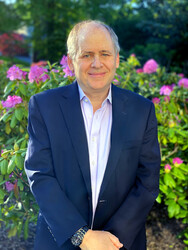 Jonathan Alter is an award-winning historian, columnist and documentary filmmaker. An MSNBC political analyst and former senior editor at Newsweek, he is the author of three New York Times bestsellers: The Center Holds: Obama and His Enemies; The Promise: President Obama, Year One; and The Defining Moment: FDR's Hundred Days and the Triumph of Hope.

"The New York Daily News has confirmed Obama was referring to Jonathan Alter's The Defining Moment. (In fact, I'd told CNN's Larry King that I'd heard Obama was reading Alter's book a few weeks ago.) I could not be happier or more impressed. Alter has a first-class writing style and a first-class sense of the moment. The book, published in 2006, was not intended as a veiled memorandum of advice for the 44th president, but in some ways it may have become just that. Alter recounts the story of an exuberantly hopeful new president -- winning the White House after overcoming enormous obstacles. As he prepares to take office, the ongoing economic collapse worsens. Convinced the Depression was caused by incompetent Republican economic theories, he refuses to be used as a prop. The failed Republican administration wanted to convince the public that the Depression was a lightning strike: random, unavoidable, and tragic. FDR knew it was a case of arson -- and he made sure the country understood the man-made causes of the collapse." -- Paul Begala, Daily Beast

"Jonathan Alter's The Defining Moment is an extraordinarily vivid account of a remarkable moment in American history. It is also a rich and perceptive examination of how Franklin Roosevelt transformed the presidency. This book should be of interest to everyone who cares about the New Deal, and also to everyone who wants to understand the character of American politics." -- Alan Brinkley, author of The End of Reform: New Deal Liberalism in Recession and War

"The Defining Moment is a riveting account of the first hundred days of Franklin D. Roosevelt's presidency. Alter bewitches readers in this fast-moving story, often poignant, sometimes funny, of how Roosevelt changed the direction of American history." -- David Herbert Donald, author of Lincoln

"A book like this, revealing the power of presidential speeches, should be read -- in FDR's repetition for emphasis -- 'again and again and again.'" -- William Safire, New York Times columnist emeritus

"The Defining Moment should be required reading for every president, every student of leadership, and anyone who appreciates narrative history at its finest." -- Richard Norton Smith, author of An Uncommon Man: The Triumph of Herbert Hoover

"In The Defining Moment, one of the shrewdest political observers of our time turns his spotlight on the man who may have been the ablest American politician of all time." -- Geoffrey C. Ward, author of Before the Trumpet and A First-Class Temperament

"Alter's account has a refreshing buoyancy, not unlike its protagonist...describing Roosevelt's missteps as honestly as his triumphs, it succeeds in bringing a remarkable man back to life." -- Ted Widmer, The New York Times Book Review

"Persuasive and sparkling...Alter's freshness and keen eye make this a joyful read....He also drives home an argument essential in these times: When democracy is threatened, our best leaders resist the temptation to run roughshod over Congress and the Constitution." -- David Gergen, The Boston Globe

"Alter is at his best reconstructing the political mood and maneuverings of the perilous winter of 1932-33. A gripping read." -- Gary Gerstle, Chicago Tribune

By Jonathan Alter
LIST PRICE $18.00
PRICE MAY VARY BY RETAILER