Three Friends Who Fought for Abolition and Women's Rights

From the author of the New York Times bestseller Nothing Daunted, The Agitators chronicles the revolutionary activities of Harriet Tubman, Frances Seward, and Martha Wright: three unlikely collaborators in the quest for abolition and women’s rights.

In Auburn, New York, in the mid-nineteenth century, Martha Wright and Frances Seward, inspired by Harriet Tubman’s slave rescues in the dangerous territory of Eastern Maryland, opened their basement kitchens as stations on the Underground Railroad.

Tubman was an illiterate fugitive slave, Wright was a middle-class Quaker mother of seven, and Seward was the aristocratic wife and moral conscience of her husband, William H. Seward, who served as Lincoln’s Secretary of State. All three refused to abide by laws that denied them the rights granted to white men, and they supported each other as they worked to overturn slavery and achieve full citizenship for blacks and women.

The Agitators opens when Tubman is a slave and Wright and Seward are young women bridling against their traditional roles. It ends decades later, after Wright’s and Seward’s sons—and Tubman herself—have taken part in three of the defining engagements of the Civil War. Through the sardonic and anguished accounts of the protagonists, reconstructed from their letters, diaries, and public appearances, we see the most explosive debates of the time, and portraits of the men and women whose paths they crossed: Lincoln, Seward, Frederick Douglass, William Lloyd Garrison, John Brown, Elizabeth Cady Stanton, Susan B. Anthony, Harriet Beecher Stowe, and others. Tubman, embraced by Seward and Wright and by the radical network of reformers in western New York State, settles in Auburn and spends the second half of her life there. 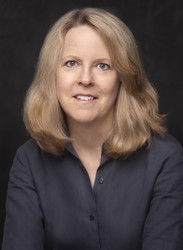 Dorothy Wickenden is the author of Nothing Daunted and The Agitators, and has been the executive editor of The New Yorker since January 1996. She also writes for the magazine and is the moderator of its weekly podcast The Political Scene. A former Nieman Fellow at Harvard, Wickenden was national affairs editor at Newsweek from 1993-1995, and before that was the longtime executive editor at The New Republic. She lives with her husband in Westchester, New York.

Three Friends Who Fought for Abolition and Women's Rights