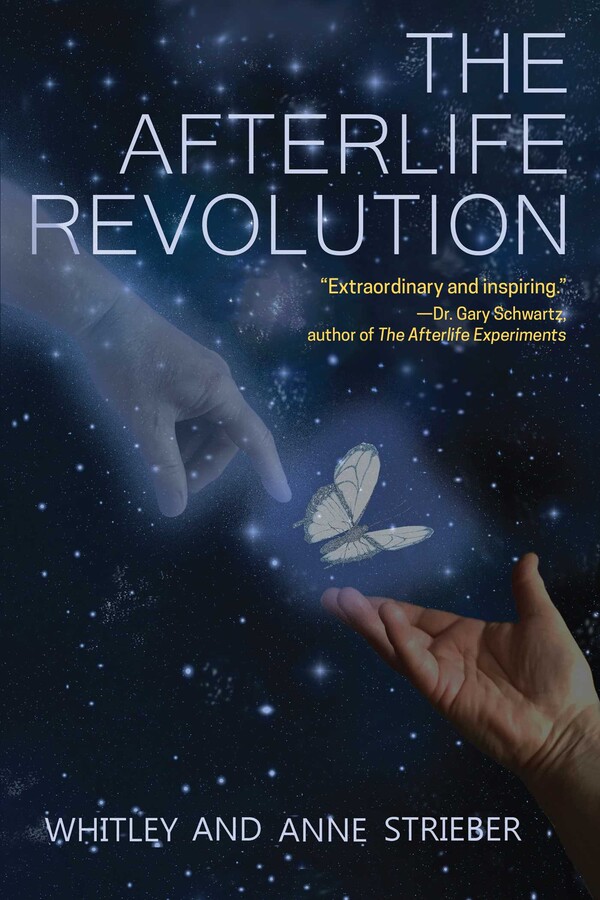 By Whitley Strieber and Anne Strieber
LIST PRICE $16.99
PRICE MAY VARY BY RETAILER

Can love endure even after death? The Afterlife Revolution, written by Whitley and Anne Strieber, is among the most convincing stories of afterlife communication ever told, and is a ringing endorsement not only of the fact that we do not die, but also that the power of love can create an actual bridge between the physical and nonphysical worlds.

After Anne Strieber died in August 2015, she returned to her husband, Whitley, in an ingenious and convincing way. Whitley began to communicate with her, and The Afterlife Revolution began out of this exchange of love from both worlds. Whitley’s grief at her loss has transformed into a warm and deeply satisfying new form of love.

After a near-death experience in 2004, Anne Strieber became an expert in afterlife studies and created an ingenious plan of contact, which, to her husband Whitley's amazement, she proceeded to carry out, starting just an hour and a half after she died. As verified by famed afterlife researcher Dr. Gary Schwartz, who wrote the foreword, The Afterlife Revolution is among the most convincing stories of afterlife communication ever told, and is a ringing endorsement not only of the fact that we do not die, but also that the power of love can create an actual bridge between the physical and nonphysical worlds.

The book points the way to a new relationship between the living and, as Anne puts it, “what you call the dead.” Anne tells of her experience on the other side, saying that “we are light, alive,” and that “enlightenment is what comes when there is nothing left of us but love.” Her descriptions of the afterlife, communicated to Whitley from the afterlife, are brilliantly articulate and nuanced, at once deeply familiar and uniquely her own.

The Afterlife Revolution shows how to use basic tools such as what Anne describes as "objective love" combined with a simple but special form of meditation to build a relationship between physical and nonphysical worlds. It is intended to help us find that sweet point at which the souls of the living touch those of the dead. As Anne says, “Mankind is divided, not so much between the sexes as between the living and what are called the dead. It isn’t natural and it isn’t necessary. We can become whole.” The Afterlife Revolution is about the joy of doing just that, and the magnificent new human experience that will unfold as more and more of us learn to live in this way. 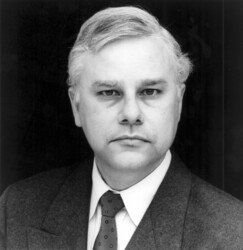 Whitley Strieber is the author of over forty works of both fiction and nonfiction. His books The Wolfen, The Hunger, Communion, and The Coming Global Superstorm (as The Day After Tomorrow) were all made into feature films. His sci-fi series Alien Hunter became the SyFy Channel series Hunters.

In 1985, Whitley had a close encounter of the third kind. It led to the writing of the epic bestseller Communion that changed the way the world thinks about this enigmatic experience. When he eventually realized that the experience could not be attributed to known factors, he began making an effort to recontact what he calls “the visitors.” The response has been ongoing for the past thirty years, and has been chronicled in Communion, Transformation, Majestic, and now A New World. Many people have encountered the visitors with Whitley, placing it among the most witnessed paranormal events in history.

His website, unknowncountry.com, is among the largest in the world dealing with paranormal phenomena and his podcast, Dreamland, has been produced weekly for twenty years.

“It has been observed that belief in the afterlife is really a belief in the undying nature of love. In The Afterlife Revolution, Whitley Strieber gives form, story, and insight to that principle, mapping out in vivid, moving, and persuasive detail his continued communion with his beloved wife, Anne. Our generation is passing through a renaissance of near and after-death literature. This memoir forms the gravitational center of that field.”

By Whitley Strieber and Anne Strieber
LIST PRICE $16.99
PRICE MAY VARY BY RETAILER