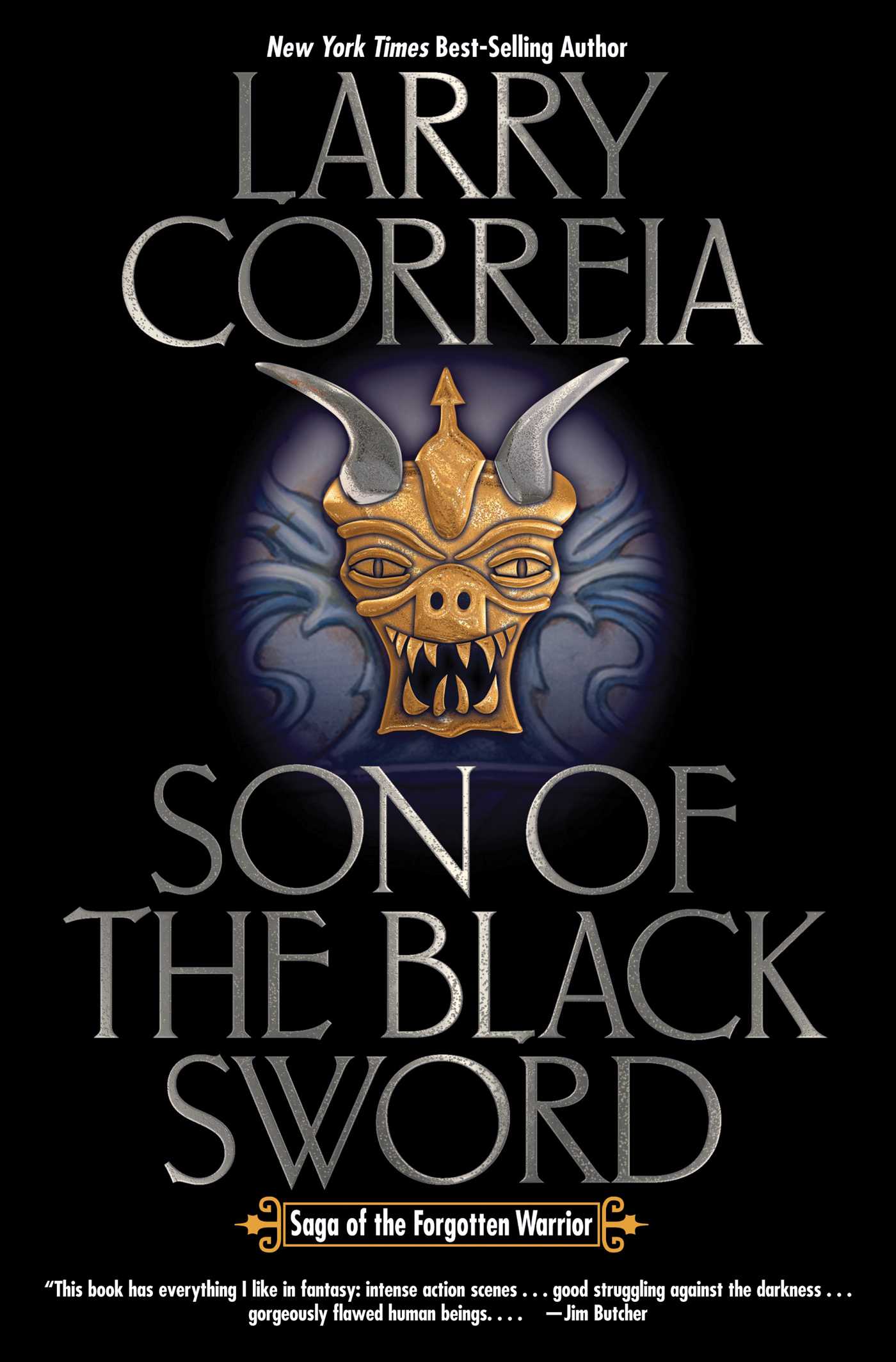 Book #1 of Saga of the Forgotten Warrior
By Larry Correia
LIST PRICE $28.00
PRICE MAY VARY BY RETAILER

After the War of the Gods, the demons were cast out and fell to the world. Mankind was nearly eradicated by the seemingly unstoppable beasts, until the gods sent the great hero, Ramrowan, to save them. He united the tribes, gave them magic, and drove the demons into the sea. Ever since the land has belonged to man and the oceans have remained an uncrossable hell, leaving the continent of Lok isolated. It was prophesized that someday the demons would return, and only the descendants of Ramrowan would be able to defeat them. They became the first kings, and all men served those who were their only hope for survival.

As centuries passed the descendants of the great hero grew in number and power. They became tyrannical and cruel, and their religion nothing but an excuse for greed. Gods and demons became myth and legend, and the people no longer believed. The castes created to serve the Sons of Ramrowan rose up and destroyed their rulers. All religion was banned and replaced by a code of unflinching law. The surviving royalty and their priests were made casteless, condemned to live as untouchables, and the Age of Law began.

Ashok Vadal has been chosen by a powerful ancient weapon to be its bearer. He is a Protector, the elite militant order of roving law enforcers. No one is more merciless in rooting out those who secretly practice the old ways. Everything is black or white, good or evil, until he discovers his entire life is a fraud. Ashok isn’t who he thinks he is, and when he finds himself on the wrong side of the law, the consequences lead to rebellion, war—and destruction.

About Son of the Black Sword:
"This book has everything I like in fantasy: intense action scenes, evil in horrifying array, good struggling against the darkness, and most of all people—gorgeously flawed human beings faced with horrible moral choices that force them to question and change and grow."—Jim Butcher, creator of the New York Times best-selling Dresden Files

"Fans who like Correia’s fast-moving style will be pleased with the plethora of action scenes, and epic fantasy readers interested in delving into a new universe should be equally satisfied.  A solid choice for admirers of Brent Weeks and Brandon Sanderson’s Mistborn series."—Library Journal

"Son of the Black Sword: Saga of the Forgotten Warrior tells of what happens after the war with the gods, when demons were cast out and fell to the world to nearly destroy these unstoppable beasts until the gods sent a hero to save them. Centuries have passed since this event and the people have regulated these events to legend. One Ashok has been chosen to be a protector with a powerful weapon in hand, uncovering those who still practice old ways and are potential dangers to the order - but when he discovers all his efforts have been based on a lie, everything's about to change. A powerful epic fantasy evolves into a solid, compelling read."—Midwest Book Reivew

About the Urban Fantasy of Larry Correia:
“[A] no-holds-barred all-out page turner that is part science fiction, part horror, and an absolute blast to read.”—Bookreporter.com

Larry Correia is the creator of the Wall Street Journal and New York Times best-selling Monster Hunter series, with first entry Monster Hunter International, as well as urban fantasy hardboiled adventure saga the Grimnoir Chronicles, with first entry Hard Magic, and epic fantasy series The Saga of the Forgotten Warrior, with first entry Son of the Black Sword and latest entry House of Assassins. He is an avid gun user and advocate who shot on a competitive level for many years. Before becoming a full-time writer, he was a military contract accountant, and a small business accountant and manager. Correia lives in Utah with his wife and family.

Book #1 of Saga of the Forgotten Warrior
By Larry Correia
LIST PRICE $28.00
PRICE MAY VARY BY RETAILER