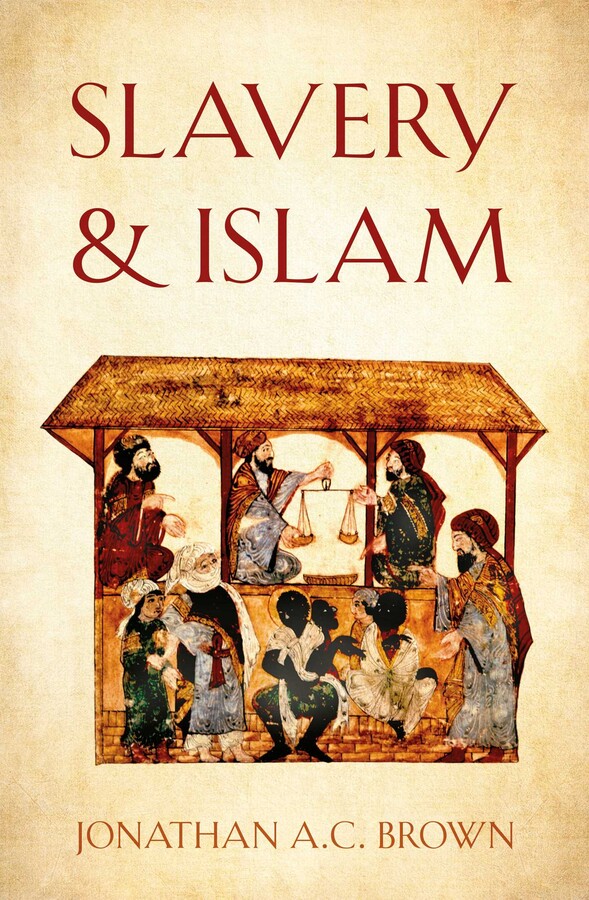 What happens when authorities you venerate condone something you know is wrong?

Every major religion and philosophy once condoned or approved of slavery, but in modern times nothing is seen as more evil. Americans confront this crisis of authority when they erect statues of Founding Fathers who slept with their slaves. And Muslims faced it when ISIS revived sex-slavery, justifying it with verses from the Quran and the practice of Muhammad.

Exploring the moral and ultimately theological problem of slavery, Jonathan A.C. Brown traces how the Christian, Jewish and Islamic traditions have tried to reconcile modern moral certainties with the infallibility of God’s message. He lays out how Islam viewed slavery in theory, and the reality of how it was practiced across Islamic civilization. Finally, Brown carefully examines arguments put forward by Muslims for the abolition of slavery.


Introduction: Can We Talk About Slavery?

What I Argue in this Book

Power and the Study of Slavery

1. Does ‘Slavery’ Exist? The Problem of Definition

Definition to Discourse: A Political Process

Defining ˈslā-v(ə-)rē: We Know It When We See It

Defining Slavery as Status or a Condition

Slavery as Coercion & Exploitation under the Threat of Violence

The Problem with Modern-Day Slavery

2. Slavery in the Shariah

What Islam Says about Slavery – Ideals and Reality

Slavery in the Quran & Sunna

Inheriting the Near East – Roman, Jewish and Near Eastern Laws versus Islam

Basic Principles of Riqq in the Shariah

The Ambiguities of Slavery in the Shariah

Riqq & Rights in the Shariah

What is Islamic Civilization?

Is there ‘Islamic Slavery’?

Routes of the Muslim Slave Trade

Blackness and Slavery in Islamic Civilization

The Roles and Experiences of Slaves in Islamic Civilization

The Slave as Uprooted Person and Commodity

The Slave as Domestic Labor . . . Even Trusted Member of a Household

Slave as Saint, Scholar or Poet

No Squaring the Circle: The American/Islamic Slavery Conundrum

Slavery is Slavery: The Problem of Labeling ‘Slavery’ with One Moral Judgment

The Past as Moral Authority: Can We Part with the Past?

Is Abolition Indigenous to Islam or Not?

Abolishing Slavery . . . For Whom? Concentric Circles of Abolition

Doubling Down – Progressive Islam & the Axiomatic Evil of Slavery

Prohibited by the Ruler but Not by God: The Crucial Matter of Taqyid al-Mubah

A Consensus on Abolition

Could Slavery in Islam ever be Unabolished?

7. Concubines and Consent: Can We Solve the Moral Problem of Slavery?

‘Slavery & Islam hints at some of the great questions that are still outstanding in this field.’

‘For any system of belief that vests ultimate authority in the past, slavery is a big moral problem… For several reasons, this dilemma is an acute one for Muslims, as emerges in [this] scholarly but digestible new book.’

‘This insightful, courageous and comprehensively argued book is bound to constitute a new beginning. It is certain to be as widely debated as it is widely read. And we will all be all the better for it.’

‘A prodigiously researched, provocatively argued, learned and multi-faceted treatment of a difficult and complex problem. One might not agree with all of Brown’s conclusions, but the book will be a must-read for students and scholars of historical and contemporary Islam, as well as for anyone interested in slavery and its relationship to religion.’