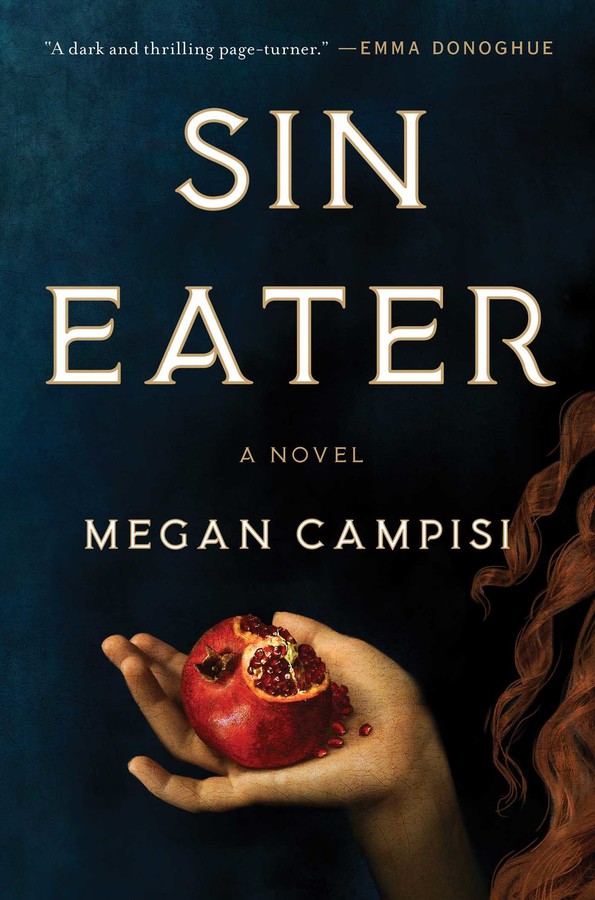 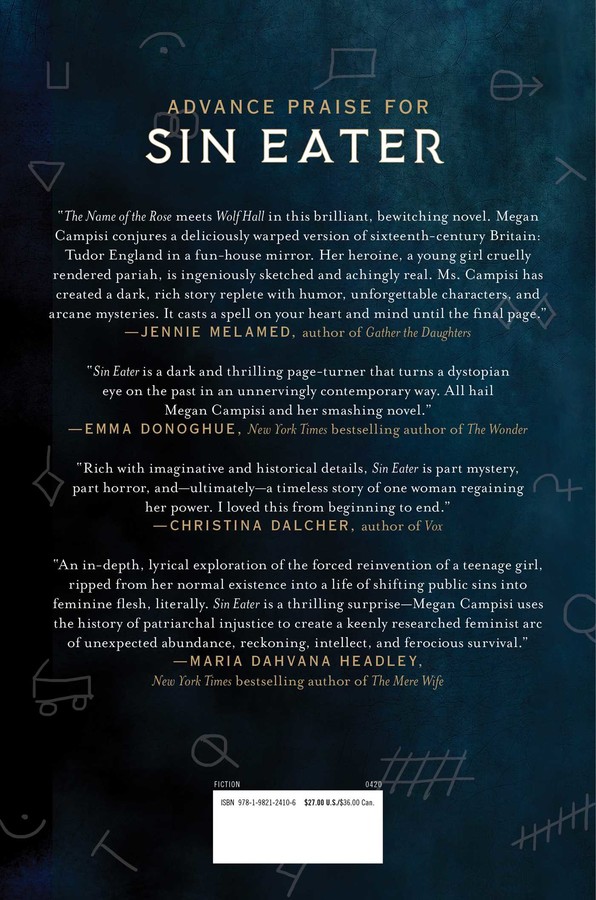 The Handmaid’s Tale meets Alice in Wonderland in this gripping and imaginative historical novel about a shunned orphan girl in 16th-century England who is ensnared in a deadly royal plot and must turn her subjugation into her power.

For the crime of stealing bread, fourteen-year-old May receives a life sentence: she must become a Sin Eater—a shunned woman, brutally marked, whose fate is to hear the final confessions of the dying, eat ritual foods symbolizing their sins as a funeral rite, and thereby shoulder their transgressions to grant their souls access to heaven.

Orphaned and friendless, apprenticed to an older Sin Eater who cannot speak to her, May must make her way in a dangerous and cruel world she barely understands. When a deer heart appears on the coffin of a royal governess who did not confess to the dreadful sin it represents, the older Sin Eater refuses to eat it. She is taken to prison, tortured, and killed. To avenge her death, May must find out who placed the deer heart on the coffin and why.

“A keenly researched feminist arc of unexpected abundance, reckoning, intellect, and ferocious survival” (Maria Dahvana Headley, author of The Mere Wife) Sin Eater is “a dark, rich story replete with humor, unforgettable characters, and arcane mysteries. It casts a spell on your heart and mind until the final page” (Jennie Melamed, author of Gather the Daughters). 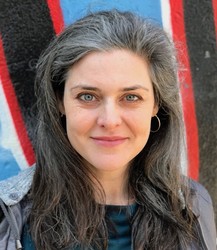 Megan Campisi is a playwright, novelist, and teacher. Her plays have been performed in China, France, and the United States. She attended Yale University and the L’École International de Théâtre Jacques Lecoq. The author of Sin Eater, she lives in Brooklyn, New York, with her family.

One of the Most Anticipated Books of 2020.  Lit Hub

“Sin Eater is a dark and thrilling page turner that turns a dystopian eye on the past in an unnervingly contemporary way. All hail Megan Campisi and her smashing novel.”

"An in-depth, lyrical exploration of the forced reinvention of a teenage girl, ripped from her normal existence into a life of shifting public sins into feminine flesh, literally. Sin Eater is a thrilling surprise - Megan Campisi uses the history of  patriarchal injustice to create a keenly researched feminist arc of unexpected abundance, reckoning, intellect, and ferocious survival."

"The Name of the Rose meets Wolf Hall in this brilliant, bewitching novel. Megan Campisi conjures a deliciously warped version of sixteenth-century Britain: Tudor England in a funhouse mirror. Her heroine, a young girl cruelly rendered pariah, is ingeniously sketched and achingly real. Ms. Campisi has created a dark, rich story replete with humor, unforgettable characters, and arcane mysteries. It casts a spell on your heart and mind until the final page."

“Rich with imaginative and historical details, Sin Eater is part mystery, part horror, and—ultimately—a timeless story of one woman regaining her power. I loved this from beginning to end.”

“Sin Eater by Megan Campisi: A dystopian story about a girl in 16th century England that is sentenced to work as a 'Sin Eater, people who cannot be touched or spoken to and whose job is to hear the final confessions of the dying while eating foods symbolizing their sins so their souls can be admitted to heaven.' Think a cross between Margaret Atwood and Umberto Eco with this one, and it is a phenomenal read.”

"A dark, propulsive novel that twists your stomach in all the right ways.”

“[A] rousing, impressive debut… Campisi’s stirring portrait of injustice is deepened by May’s cleverness, frustration, and grief. This spellbinding novel is a treat for fans of feminist speculative fiction.”

“Very much reminiscent of The Handmaid's Tale. In this way, it transcends its historical roots to give us a modern heroine. Richly imaginative and strikingly contemporary.”

“Campisi shapes a tale of folk customs, dark superstitions, and feminine power… Recommend this debut, an original melding of mystery and alternate history, to admirers of Karen Maitland’s folklore-infused medieval thrillers and Diane Setterfield’s Once Upon a River.”

“Magnificent...complex, vivid... This vision of Renaissance outsiders is exactly what historical fiction lovers have unknowingly craved.”