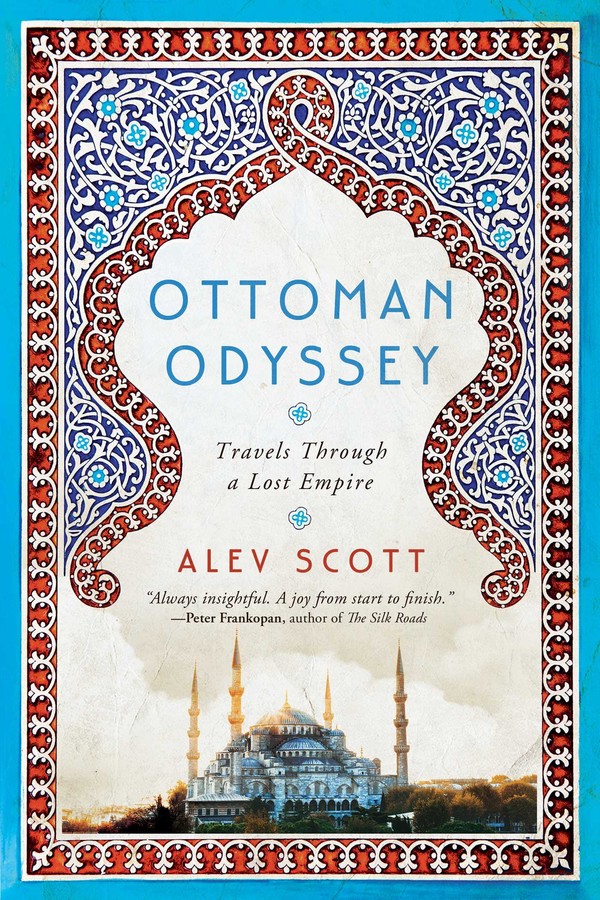 An exploration of the contemporary influence of the Ottoman Empire on the wider world, as the author uncovers the new Ottoman legacy across Europe and the Middle East.

Alev Scott’s odyssey began when she looked beyond Turkey’s borders for contemporary traces of the Ottoman Empire. Their 800 years of rule ended a century ago—and yet, travelling through twelve countries from Kosovo to Greece to Palestine, she uncovers a legacy that’s vital and relevant; where medieval ethnic diversity meets twenty-first century nationalism—and displaced people seek new identities.

It's a story of surprises. An acolyte of Erdogan in Christian-majority Serbia confirms the wide-reaching appeal of his authoritarian leadership. A Druze warlord explains the secretive religious faction in the heart of the Middle East. The palimpsest-like streets of Jerusalem's Old Town hint at the Ottoman co-existence of Muslims and Jews. And in Turkish Cyprus, Alev Scott rediscovers a childhood home. In every community, history is present as a dynamic force.

Faced by questions of exile, diaspora and collective memory, Alev Scott searches for answers from the cafes of Beirut to the refugee camps of Lesbos. She uncovers in Erdogan's nouveau-Ottoman Turkey a version of the nostalgic utopias sold to disillusioned voters in Europe and America. And yet—as she relates with compassion, insight, and humor—diversity is the enduring, endangered heart of this fascinating region.

Alev Scott studied Classics at New College, Oxford, where she was taught by Robin Lane Fox. Alev taught herself Turkish and immersed herself in the Turkish side of her heritage and wrote the widely acclaimed Ottoman Odyssey. She has since reported from Turkey for a wide number of newspapers, most specifically for the Financial Times.

"Scott tracks the vine of Turkish influence, ‘architectural, political and social,’ that laces through the Levant and the Balkans."

"An illuminating view of post-imperial attitudes and relationships from a very different empire."

"An ambitious travel memoir/history, tracing the footsteps of ‘descendants of ancient minorities that were allowed to flourish in the empire, and [were] then intimidated, ignored or expelled from modern Turkey.’ The author grounds her thoroughly researched narrative in history and past travel accounts, and she injects it with earnest, wry observations and personal interviews with the many interesting people she met along the way. In her quest to understand her complicated, tense childhood, Scott treats us to a lively grand tour of the lost Ottoman Empire and shows how contemporary leaders exploit simplified versions of history to support nationalist agendas."

"An insightful and easily approachable combination of travelogue and history. Essential reading for those interested in how historical mythologies warp and contort individual lives."

"Scott roams through elements of the Ottoman Empire in this bright travel narrative. She laces history with footloose journeying and the result is a restless, kaleidoscopic, and chromatic portrait of a land in flux."

"A brilliant travelogue. Beautifully written. This book is only Scott's second, yet she writes with a maturity and insight that belies her age, and is surely a rising star of the literary world. Her overall message is one of optimism: that identity is as much about language as it is about location and religion; and that a 'shared culture' will trump jingoistic national differences."

"Alev Scott approaches the crisis in the Eastern Mediterranean by side roads and unfrequented channels. Her book is clear, bright, humane, and never disheartened."

"Scott—whose mother is Turkish and whose father is British—gives both an insider’s intimacy and an outsider’s necessary remove to this excellent survey."

"A lovely, lyrical, and always insightful account that is as much about the present as the past. A joy from start to finish."

"Beautifully written with clear-eyed judgments and a sharp ear for fascinating anecdote and memorable characters. Exhilarating and often eye-opening, it shows this crucial region of the world from a new perspective. Essential reading for anyone interested in Turkey and its history."

– Michael Wood, author of 'In Search of Shakespeare'

"Brilliantly written with a real feel for character, the book is a pleasure to read and an erudite lesson in a fascinating chapter of modern history. An indispensable addition to our understanding of the Middle East today."

"Scott’s elucidating book teaches us how countries and people remember and forget and weave stories about where they come from. Ottoman Odyssey is about how identities are built out of the wreckage of the past. The result is an engrossing account of the imperial imprint in Turkey—on former Ottoman territories and on the minds of those whose ancestors lived under the Sublime Porte’s rule."