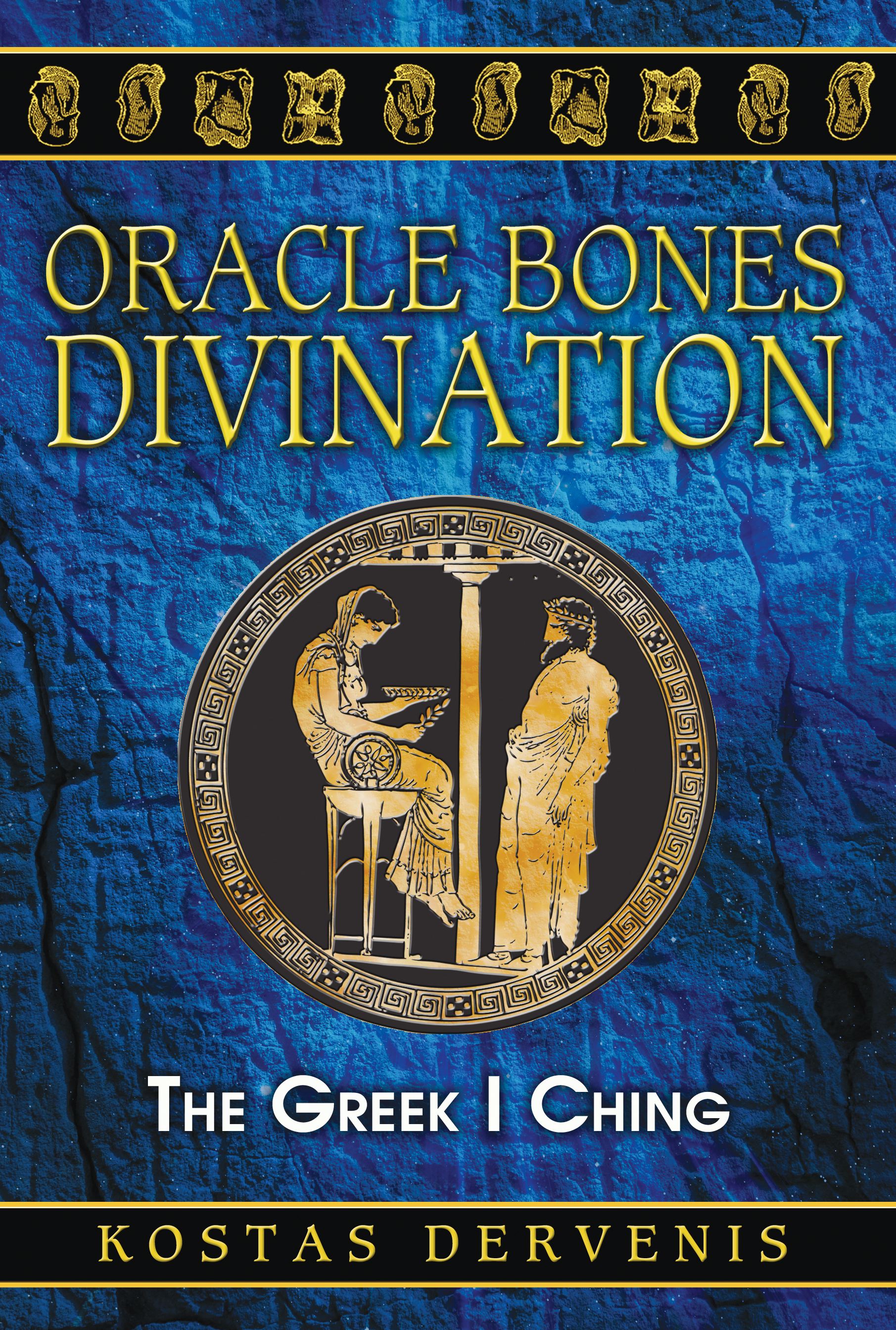 The first complete guide to this ancient Greek form of divination

• Reveals how the use of oracle bones predates the I Ching

In ancient Greece methods of foretelling the future were widespread, whether they were official oracles of the gods or simple dice games to divine one’s luck. One of the most popular and accessible ways of determining one’s fate and fortune was through the ritual casting of animal bones, similar to the casting of coins or yarrow stalks with the Chinese I Ching.

Kostas Dervenis explains how to interpret the casting of the oracle bones--either traditional sheep anklebones or coins--to answer your questions on love, health, wealth, and the future. Using the original stanzas discovered in ancient Greek temples in Greece and Turkey, the author reconstructs the complete matrix of interpretation for each possible casting of the bones. He explores how this practice traces back to the Golden Age of the Neolithic period in Greece, Turkey, and Bulgaria--predating the I Ching--and how it is still practiced today as the popular folk game of “knucklebones.”

Providing the first complete guide to this ancient practice, Dervenis allows anyone to cast the bones for guidance, inspiration, and insight into their fate.

HOW TO CAST THE ORACLE

Every astragalus bone (anklebones from the rear hooves of animals used for divination) has four sides, two of which are narrow and two broad. The broad convex side is called pranes, while the broad concave side is called hyption. The convex narrow side is called chion, while the concave narrow side is called koon. Hence, the possible outcomes of each throw are called koos, chios, hyptios, and pranes. The koon throw is worth six points, while the chion throw is worth one. Of the two broad sides, the hyption throw receives three points, the pranes four. The chion throw was also called monos (single), and the koon throw exetis (sixes), based on the numerical values they represented.

We can use coins instead of astragalus bones. Choose three coins that you will use from this point on soley for this purpose. The value of these coins is not important; what is important is that you treat them with respect. When tossing the coins, their cumulative value is comparable to tossing one astragalus bone.

Before questioning the oracle, we must clearly establish what we would like to ask. The more specific and precise a question is, the clearer the answer that you receive will be. Follow the exercise below to practice your own divination.


Sit where you feel most comfortable, ideally at a desk or at a table.

Make sure the area in front of you is neat and clean.

On a piece of paper, or in a notebook dedicated for this purpose, write down the question that you would like to ask of the oracle.

Concentrate on the question, repeating it in your mind.

Relax. Take a deep inhalation down into the center of your belly, breathing as a baby breathes, and hold that inhalation briefly.

Establish the numerical value that the faces of the coins stand for as described above.

Do this four more times, representing a total of five throws of a single astragalus or a single toss of five astragali. Make sure that you retain your concentration and briefly hold your breath each time you make a throw.

Add up the total and go to the section of the text where the divinations correlate to the total numerical value you have thrown. Search among them to find the verse that corresponds to the precise configuration of your throws.


In most cases, the oracle will answer you directly, without runaround or subtleties - in this light, the astragali are very different from the I-Ching, which is often more tactful and somewhat evasive. Perhaps this comes down to a simple difference in Western and Eastern mindsets. In any case, it is up to you whether or not you want to follow the oracle’s advice afterwards.

When a given verse refers you to a select deity, in essence it is advising you to request divine aid, and it is best that you do this in accord with your own personal religious persuasion. In the same light, readers who are familiar with ancient Greek will notice that the text uses terminology whose gist has differentiated in the modern day from its original meaning. Hence the word theos (god) simply means “powerful one” in ancient Greek and refers to the Divine, or to a tutelary spiritual entity such as a guardian angel. Similarly the word daemon means “wise one,” not demon, and refers back to the “powerful one” corresponding to each individual divination. It would be a mistake to regard this terminology in a judaeochristian context.

Zeus, the youngest son of the Titans Cronus and Rhea, was the supreme ruler of the Pantheon of gods who resided on Mount Olympus. As the supreme celestial deity, Zeus oversaw the conduct of civilized life, but was originally worshiped as a weather god by the early Greek tribes. His main attribute was the thunderbolt, and he commanded thunder, lightning, and rain. His name is composite, expressed as both Zeus (the “Joiner”) and Dias (the “Divider”), Dias-Zeus. Zeus’s other attributes, in addition to lightning, were the scepter, the eagle, and the aegis (this was the skin of Amaltheia, the goat who suckled him as an infant).

During the time of Great Kings, Zeus was the protector of the monarch and his family. But when the age of kings evolved into democracy, he became the chief arbitrator and peacemaker of both gods and men. Zeus was commonly known as “Kosmetas” (who brings order), “Soter” (savior), “Polios” (guardian of the city), and “Eleutherios” (guarantor of political freedoms). In this text, moreover, you will find his name used with other epithets, describing his many functions in Greek religion.
Kostas Dervenis

Kostas Dervenis is a martial arts instructor in jujutsu, pammachon, and t’ai chi chuan. He has written four books on the martial arts and martial traditions, including Nei Kung and The Magus of Java under the pen name Kosta Danaos. He lives in Athens, Greece.

“Anyone interested in divination will be fascinated by the revival of this lost ancient treasure. Painstakingly reconstructed by Kostas Dervenis, Oracle Bones Divination is a remarkable and significant achievement, both accessible and accurate. I was hooked from the start.”

“Oracle Bones Divination is an informative exploration of an ancient oracular system, easily adapted through the use of coins for modern diviners. Dervenis provides a solid and interesting background of the astragali, and the interpretations retain their classical flavor while being relevant for the current time.”