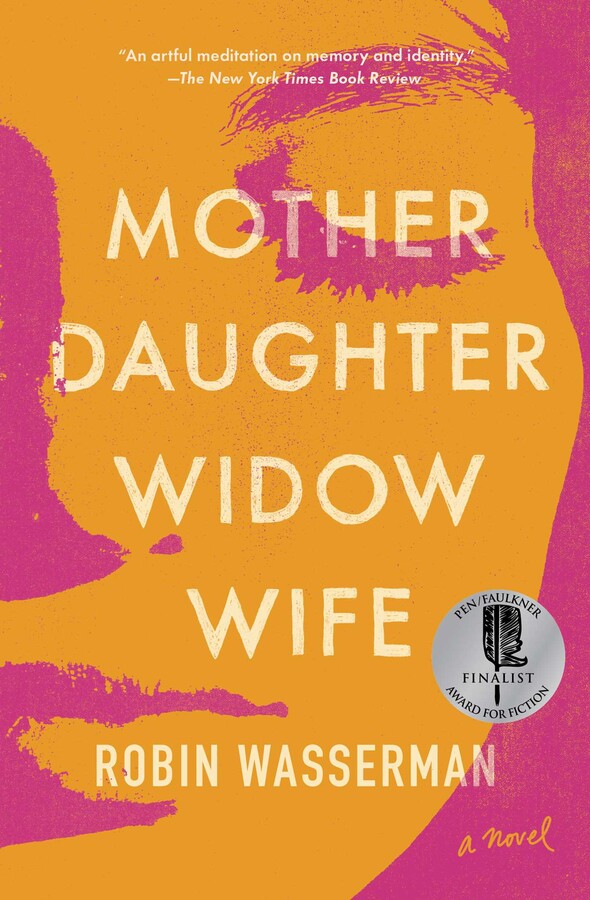 By Robin Wasserman
LIST PRICE $12.99
PRICE MAY VARY BY RETAILER

“[An] utterly enthralling piece of music, sharp and soulful and ferociously insightful all at once…This singular, spellbinding novel is…an exploration of identity itself.” —Leslie Jamison, author of The Recovering and Make It Scream, Make It Burn

“Wasserman has a unique gift for describing the turbulent intersection of love and need, hinting that the freedom we seek may only be the freedom to change.” —Liz Phair, author of Horror Stories

From the author of Girls on Fire comes a psychologically riveting novel centered around a woman with no memory, the scientists invested in studying her, and the daughter who longs to understand.

Who is Wendy Doe? The woman, found on a Peter Pan Bus to Philadelphia, has no money, no ID, and no memory of who she is, where she was going, or what she might have done. She’s assigned a name and diagnosis by the state: Dissociative fugue, a temporary amnesia that could lift at any moment—or never at all. When Dr. Benjamin Strauss invites her to submit herself for experimental observation at his Meadowlark Institute for Memory Research, she feels like she has no other choice.

To Dr. Strauss, Wendy is a female body, subject to his investigation and control. To Strauss’s ambitious student, Lizzie Epstein, she’s an object of fascination, a mirror of Lizzie’s own desires, and an invitation to wonder: once a woman is untethered from all past and present obligations of womanhood, who is she allowed to become?

To Alice, the daughter she left behind, Wendy Doe is an absence so present it threatens to tear Alice’s world apart. Through their attempts to untangle the mystery of Wendy’s identity—as well as Wendy’s own struggle to construct a new self—Wasserman has crafted a jaw-dropping, multi-voiced journey of discovery, reckoning, and reclamation.

Searing, propulsive, and compassionate, Mother Daughter Widow Wife is an ambitious exploration of selfhood from an expert and enthralling storyteller. 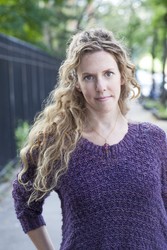 Robin Wasserman is the author of Mother Daughter Widow Wife, and Girls on Fire, an NPR and BuzzFeed Best Book of the Year. She is a graduate of Harvard College with a Master’s in the history of science. She lives in Los Angeles, where she writes for television.

The Millions, LitHub, and Buzzfeed's Most Anticipated of 2020

"[An] artful meditation on memory and identity... Wasserman’s ability to weave big ideas seamlessly into plot is impressive. The result is a warning against the dangers of letting others warp our identities while remaining cleareyed about the importance and inescapability of human connection."
—The New York Times Book Review

"In Wasserman’s timely examination of memory, womanhood and power, Wendy’s daughter sets out to find her mother — and their situation only grows more grave."
—Time Magazine

"This is an unexpected novel, full of philosophical questions about how we become who we are, what it takes to become someone else, and how much power others hold over even our own understandings of self."
—New York Journal of Books

"Elizabeth, a 48-year-old widow, is forced to re-examine her marriage when a teenager shows up at her doorstep. The girl is the daughter of “Wendy Doe, ” a woman with a severe form of amnesia whom Elizabeth had studied nearly two decades earlier as a research fellow under a charismatic adviser, her then-married future husband."
—Wall Street Journal

“An enthralling, gritty, and altogether unpredictable read that holds nothing back … You will be utterly riveted.”
–Buzzfeed

"Ultimately, in addition to the slipperiness of memory and identity, this is a story of love, friendship, and family with an intense beating heart. The way these women find their way back to themselves is through each other."
—Broad Street Review

"An incredibly stimulating and brainy novel, but it is also compassionate and compelling ... This is a carefully plotted and well-constructed novel ... written in a tone that feels provocative and wicked."
—BookReporter.com

"Mother Daughter Widow Wife... dives into hard questions of consent and love and power, what it means to remember, and the appeal of anonymity."
—Alma

"Wasserman asks big questions about how well we can really know another person, the nature of truth as it relates to memory, and what this all means for how we perceive ourselves... [the novel] ultimately has some great twists and all those questions Wasserman raises make it an excellent book discussion choice."
—Booklist

"Shrewd, beguiling... This examination of how one man in power can abuse the women closest to him delivers the goods."
—Publishers Weekly

“Mother Daughter Widow Wife is an utterly enthralling piece of music, sharp and soulful and ferociously insightful all at once, uncompromising in its willingness to look at the dark pulse lurking inside every love. This singular, spellbinding novel is not only an investigation of how female intimacy plays out across landscapes shaped by male power and desire, but an exploration of identity itself—the complicated alchemies of narrative, memory, desire, enthrallment and betrayal that compose us all.”
—Leslie Jamison, author of The Recovering and Make It Scream, Make It Burn

“Robin Wasserman’s Mother Daughter Widow Wife is an elegant postulate on the myriad ways we abandon ourselves. Whether disassociating from our bodies during sex, betraying who we believe ourselves to be in a quest to achieve more or losing an entire lifetime of memories, Wasserman’s deft narrative braids her characters’ disparate attempts at escape into a single, moving pluralism: we spend our lives constructing elaborate ‘selves’ only to find that the palaces we’ve built may also be our prisons. Wasserman has a unique gift for describing the turbulent intersection of love and need, hinting that the freedom we seek may only be the freedom to change.”
—Liz Phair, author of Horror Stories

"Mother Daughter Widow Wife is more than a compelling novel; it's a psychological engagement with the pressing question of what it means to occupy a woman's body in 21st century North America. Wasserman has given us the whole package: a book that makes you both think and feel, with a story driven by the radically mysterious movements of the human heart."
—Lydia Peelle, author of The Midnight Cool

“For a novel so steeped in questions of identity, and so engaged in exploring how the roles we inhabit—and are forced to inhabit—inform the construction of self, it’s fitting that Mother Daughter Widow Wife satisfies on a multitude of seemingly incongruent levels: as riveting page-turner; as psychologically rich and emotionally nuanced portrait of intersecting lives; as intellectually dazzling meditation on memory and trauma. As in the novels of Jennifer Egan, Jonathan Lethem, and Dana Spiotta, these elements are somehow seamlessly fused. I’d venture the reason is Wasserman’s prose, which moves at the speed of synapses firing, and is spunky and lyrical and beautifully, humanly alive.”
—Adam Wilson, author of Flatscreen and What’s Important Is Feeling

Praise for Girls on Fire

"Explores the line where close female friendships can blur into obsession and self-obliteration...At the heart of the dark story is an intoxicating and all-consuming friendship between two teenage girls."
—The New York Times

"A perfectly constructed literary novel...nearly impossible to put down...Girls on Fire is an inferno—it's brutally gorgeous, and you know it could explode anytime, but you can't turn away, even for a second."
—NPR

"An enthralling, gritty, and altogether unpredictable read that holds nothing back...You will be utterly riveted."
—Buzzfeed

“’She was making fun of me, or she wasn’t. She was like me, or she wasn’t,’ says Hannah, spidey senses already tingling, after her first extended hang-out with Lacey. It’s one of several sharp, spot-on lines about the frailty of teen friendships that Wasserman employs throughout the book.... [Wasserman proves her] own black-magic mettle by conjuring up an era where ill-informed paranoia (and just plain ding-dongness) turned some of the quietest corners of America into fear factories, full of deep-rooted distrust and misspent rage.”
—Wired

“As intense as adolescence and as dark as a dream.... Girls on Fire is a mystery and a tangled love triangle and a sharp, ruthless thriller, and it’s satisfying and troubling on all these levels.”
—Los Angeles Review of Books

“Deliciously digestible.... [Girls on Fire has] an undeniably dark, voyeuristic appeal: we get to watch universal emotions manifest with extreme outward ferocity.”
—Elle

“Part murder mystery, part love story, this page-turner explores the dark side of the all-consuming friendship between a wide-eyed good girl and a grunge-worshipping rebel.”
—Cosmopolitan

By Robin Wasserman
LIST PRICE $12.99
PRICE MAY VARY BY RETAILER