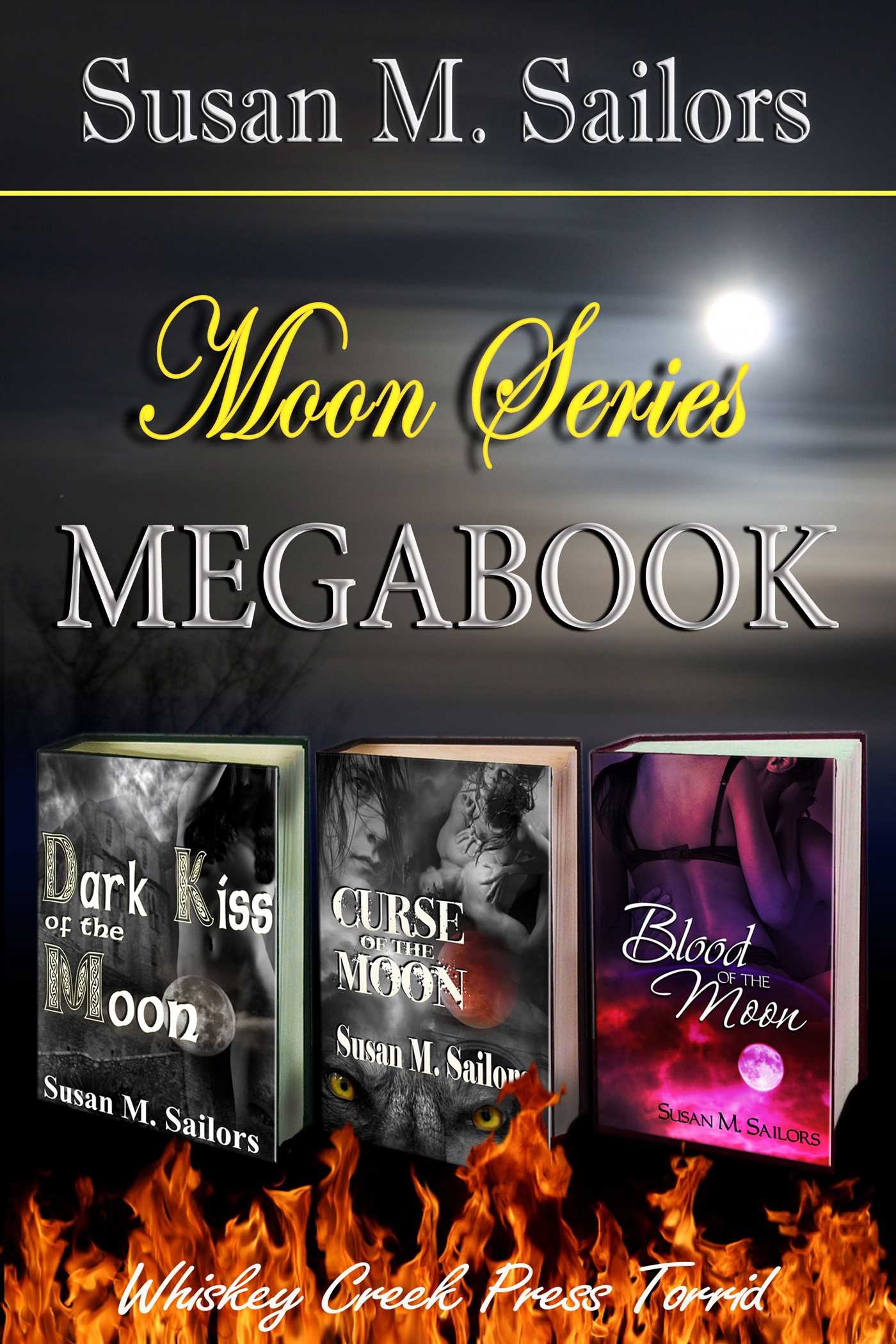 By Susan Sailors
LIST PRICE $4.99
PRICE MAY VARY BY RETAILER

The incredible erotic romance/paranormal series by Susan M Sailors, in one complete volume! DARK KISS OF THE MOON: Gerard has been told what his destiny is his entire life. He's different from humans, he is "of the Blood," destined to become a vampire. However, he defies his heritage, becoming a werewolf to avoid being forced to become a vampire, even though the werewolf clan he joins believes he has come to them to prophetically end the war between werewolves and vampires. He soon finds himself playing a strange and twisted game with Morgaine, the queen of the vampires. One moment she's offering protection from the vampires, the next she seems determined to have Gerard, body and soul. Every encounter with her pulls him deeper into her demented world, but with his lover and his new allies in danger, he has few choices. She could destroy them all with a thought, but if the prophecy is true, he may find the ultimate way to end her dark reign. CURSE OF THE MOON: Gerard was destined by blood to become a vampire, but chose to become a werewolf in an effort to escape the sadistic vampire clans. When Morgaine, the queen of the vampires, tricked him into drinking her blood, he was burdened with the powers of both races. He thought he was rid of Morgaine after their final battle but now, after a year of peace, she's invaded his life again. Her actions draw the attention of a vampire hunter named Chris, whom she soon entangles in her schemes. She tries to separate Gerard and Chris and changes the rules of the game every time she makes a move. Both men find it increasingly difficult to work together and protect those they love as Morgaine draws out her seductive games in an effort to possess both of them. BLOOD OF THE MOON: Once Morgaine, the queen of the vampires, was dead, Gerard and his friends thought they would be safe. The vampires would go into hiding and forget about them. Despite being born into one of the most powerful vampire clans, Gerard had sided with the werewolves for over a year and managed to survive. He didn't count on an old enemy returning from England with a powerful new ally. When someone precious is taken from him, he is pushed so far past his breaking point he and his adopted family realize just how far the war is from being over.

By Susan Sailors
LIST PRICE $4.99
PRICE MAY VARY BY RETAILER