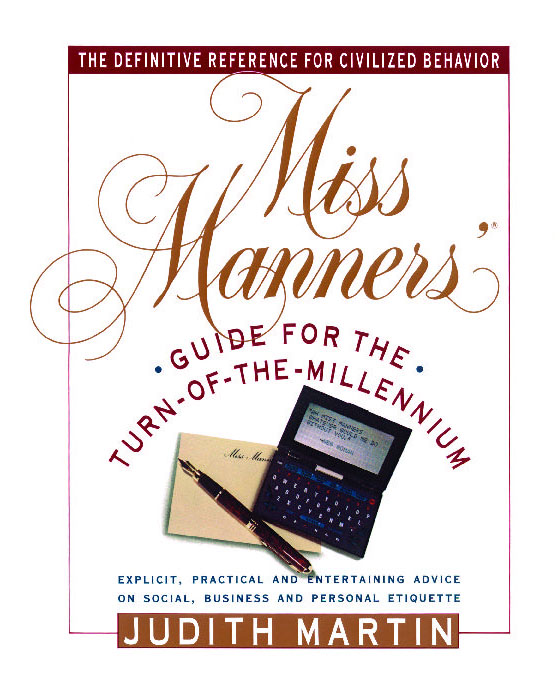 Miss Manners' Guide for the Turn-of-the-Millennium

Miss Manners' Guide for the Turn-of-the-Millennium