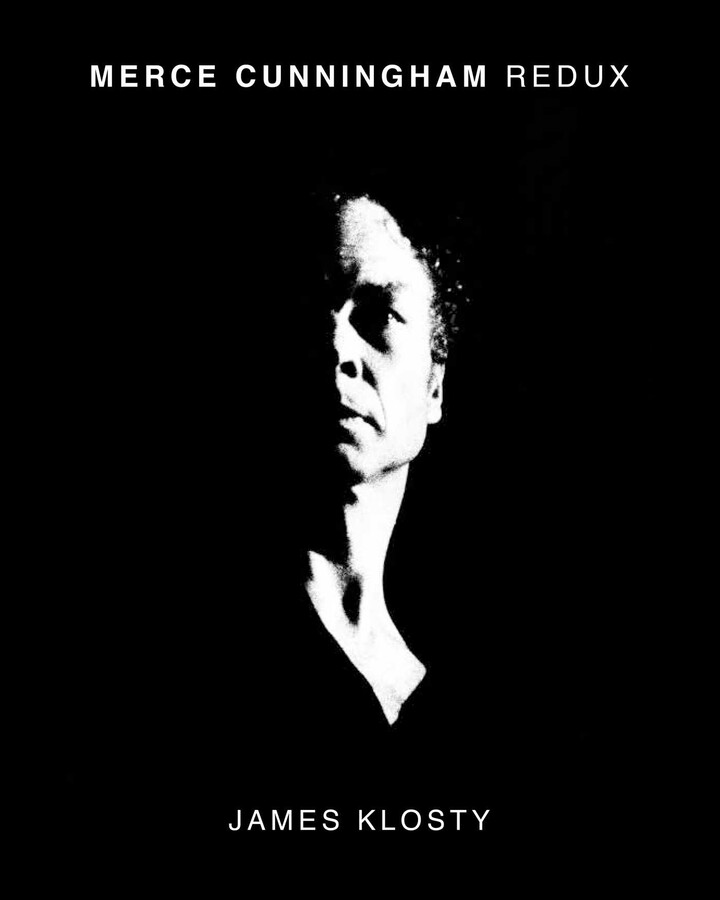 James Klosty'sMerce Cunninghamwas the first book ever published about Cunningham. It appeared in 1975 and was republished in 1986. Now, for the 100th anniversary of Cunningham's birth, it is reincarnated for a twenty-first-century audience in duotone printing, redesignedand completely reimagined with an additional 140pages of photographs, many published never before.

In the years since their passing, the historical importance of the partnership of John Cage and Merce Cunningham has grown to the point where no consideration of avant-garde art, music, and dance in America makes sense if Cunningham and Cage are not posited, serene and smiling, at the wellspring of its inspiration. This is true not only in America but around the globe as well.

Art does not exist in a vacuum and neither did Cunningham and Cage. Painters such as Robert Rauschenberg, Jasper Johns, Andy Warhol, Frank Stella, and Robert Morris, and composers such as Earle Brown, Christian Wolff, Morton Feldman, David Tudor, and Pauline Oliveros joined the endeavor. Jasper Johns slyly lured Marcel Duchamp into allowing his iconic Large Glass to be used as decor for a Cunningham dance. Cunningham repeatedly invited Erik Satie (without Satie's permission) into his musical family. This seemingly haphazard association of innovative artists served as the nearest thing America could offer in counterbalance to Diaghilev and his Ballets Russes.

In addition to Klosty's photographs of the artists, composers, and dancers;and the dances themselves, both in rehearsal and performance; the book contains texts from Cunningham's associates including John Cage, Jasper Johns, Robert Rauschenberg, Carolyn Brown, Paul Taylor, Lincoln Kirstein, Edwin Denby, and a dozen others.

James Klosty is a photographer and an actor/singer who still pays his equity dues even though he has not performed in anything for a long time. He was a member of the inaugural class of NYU's professional theater MFA program. He first saw the Merce Cunningham Dance Company in London in 1964 and the experience changed his life. In 1975, Dutton published Merce Cunningham, which was the first book ever to appear on Cunningham. In 1975, Klosty's Cunningham photographs received one-man exhibitions at the Leo Castelli Gallery and the International Center of Photography. In 2014, Wesleyan University Press published his book John Cage Was. In 2018, Damiani published Greece 66, a collecition of his photographs of Greece. Today, he is primarily an organic gardener who grows at least one dozen varieties of potatoes every year.

"In this informative, illustrated dance history, photographer Klosty (Greece 66) shares remembrances of famed avant-garde choreographer Merce Cunningham (1919–2009). Originally published in 1975, this new edition, coinciding with the 100th anniversary of Cunningham’s birth, includes 140 additional pages of primarily black-and-white photographs. Several capture Cunningham rehearsing in a dilapidated Manhattan studio and performing at such venues as the Belgrade Museum and Ghirardelli Square in San Francisco. Most of the images show Cunningham and his dance company during monumental productions on stage, such as 1968’s Rainforest (with costumes by Jasper Johns and décor by Andy Warhol), 1967’s Scramble (with costumes and décor by Frank Stella), and 1958’s Antic Meet (with music by “Merce’s partner in life as in art,” John Cage, and costumes and décor by Robert Rauschenberg). Also included are pieces written by some of Cunningham’s friends and colleagues—such as Merce’s dance partner Carolyn Brown (“his humor has saved the wretchedness of many nearly hopeless situations”) and New York City Ballet general director Lincoln Kirstein (“I like Merce... very much personally, but our philosophies and theater are disparate”). Readers well-versed in modern dance will find plenty to behold."

"These aren’t the careful, posed pictures you see in glossy magazines, but a sweaty record of effort and elusive reward. The people dancing might be about to exit off the page. You can feel them breathing. The camera must have been a friend of the subjects, waiting on the sidelines to catch their moments of hilarity, levitation or stress."

AS SEEN IN: LA Dance Chronicle, New York Journal of Books and The New York Review of Books.