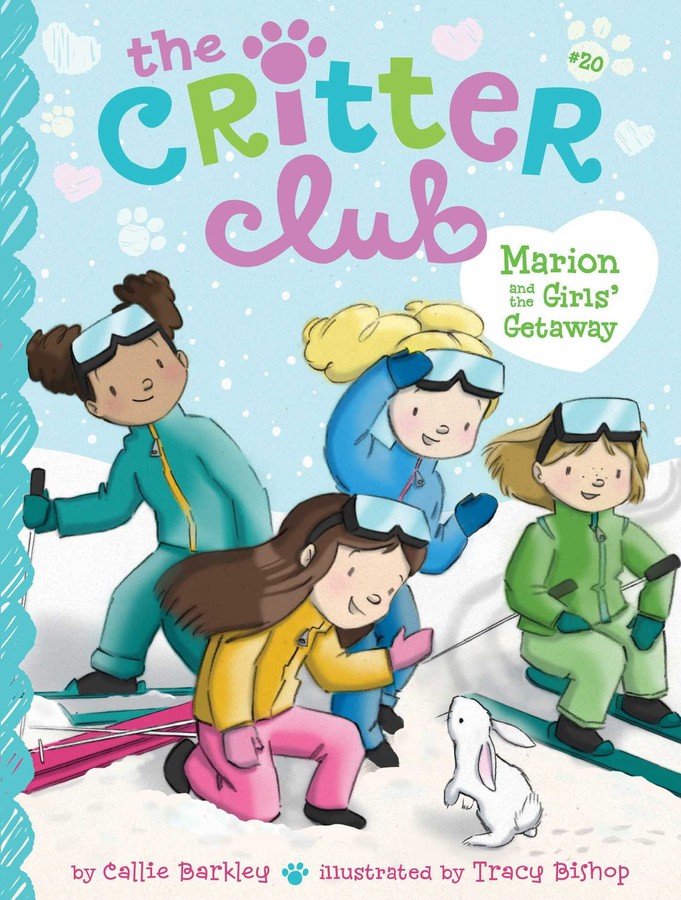 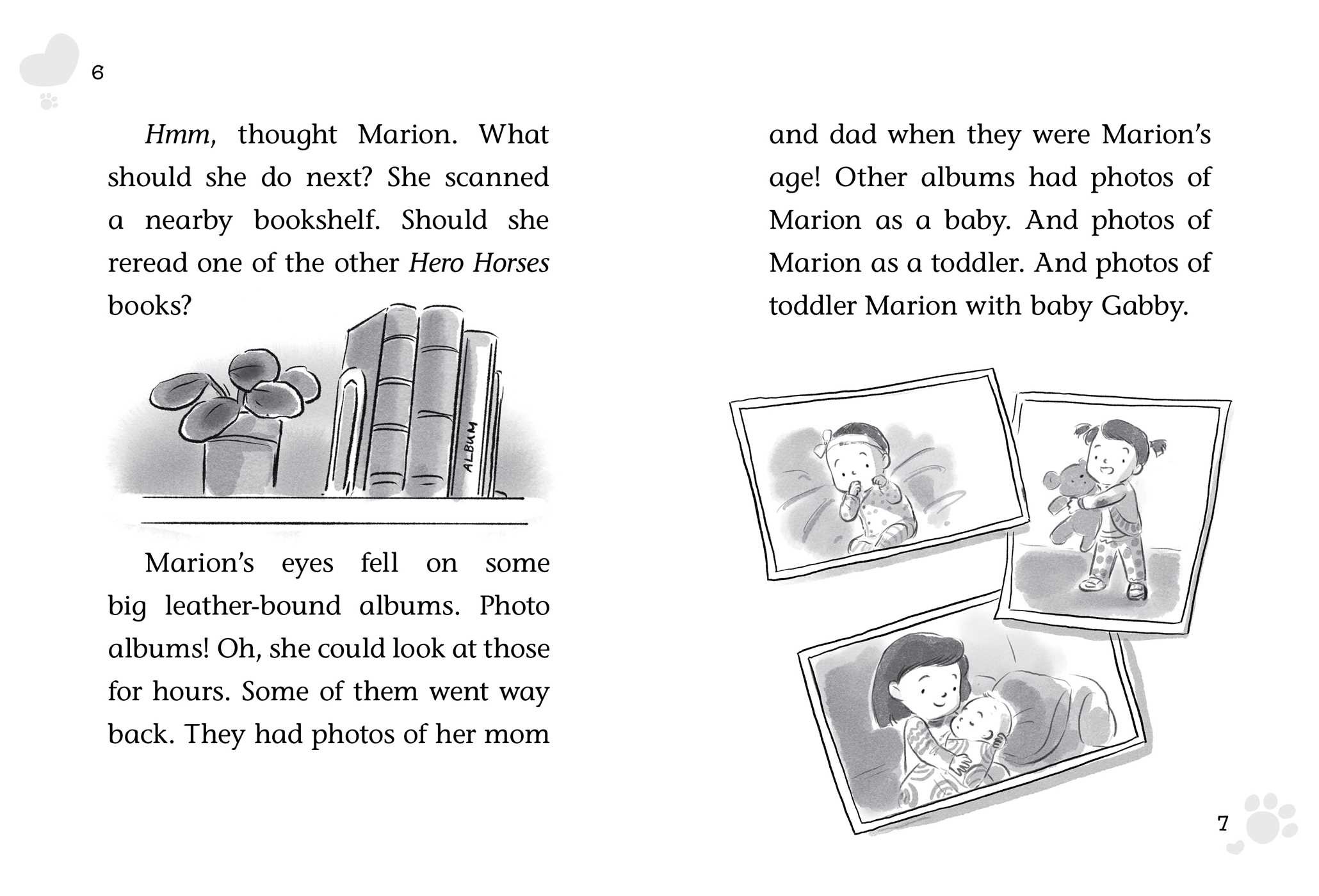 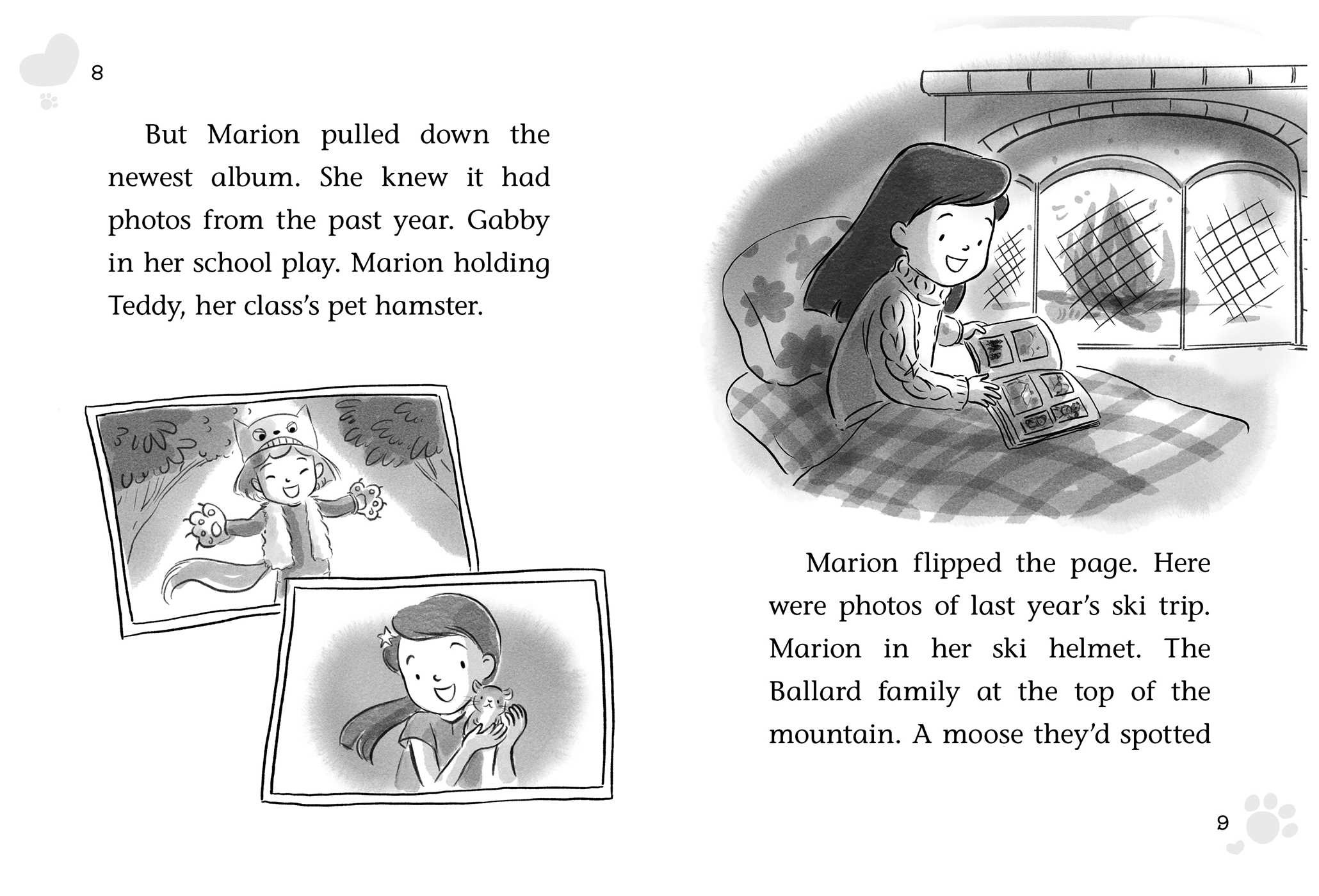 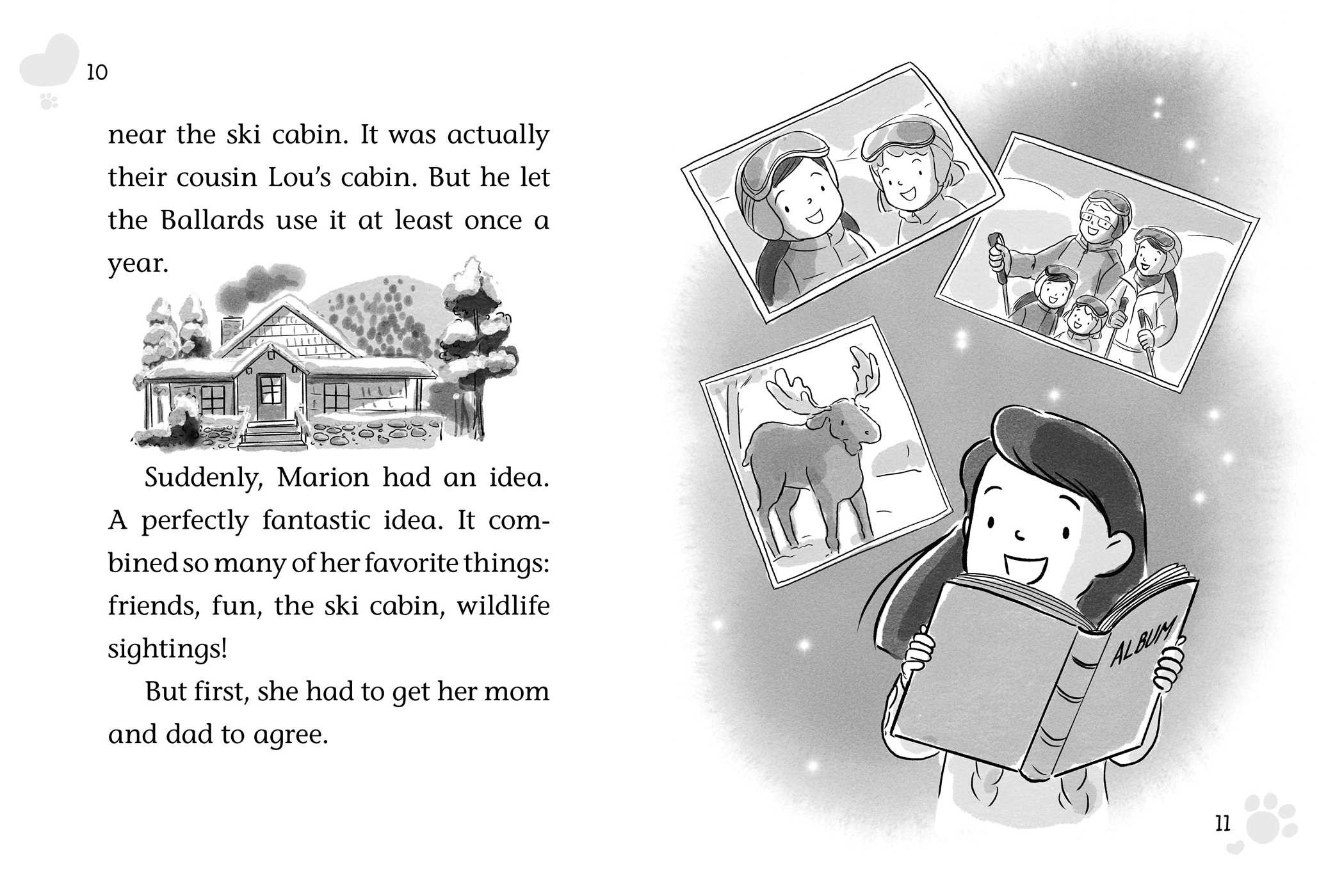 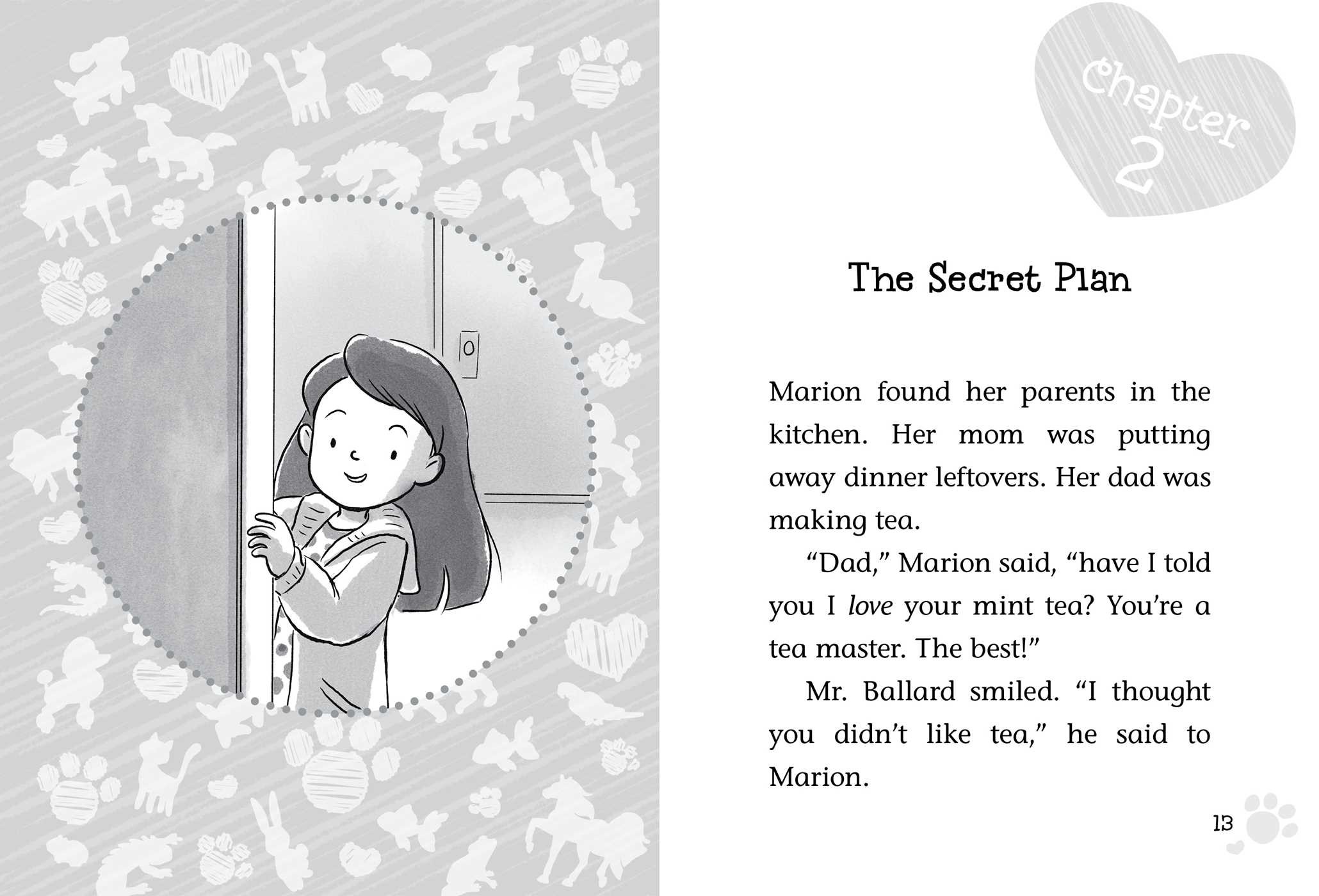 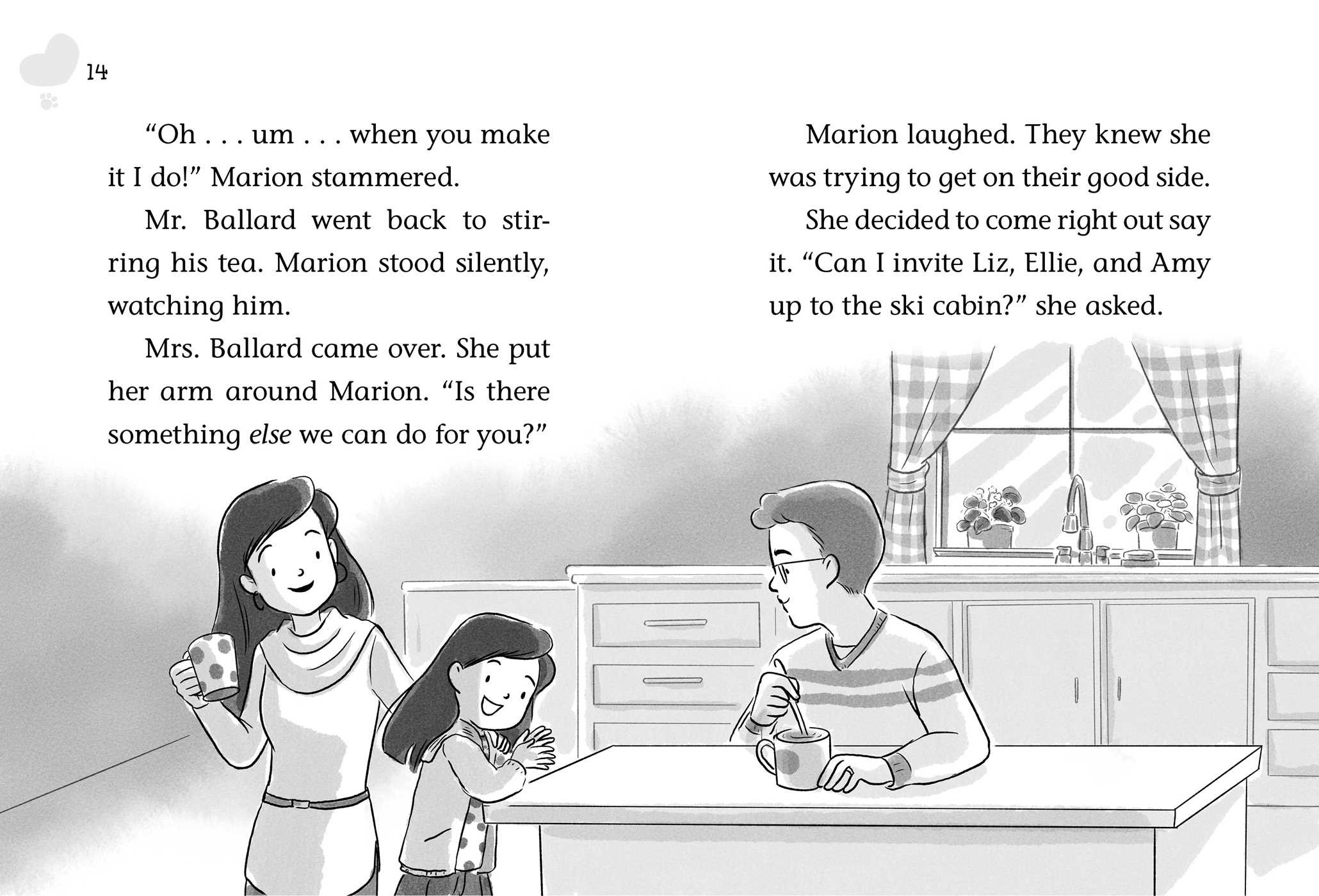 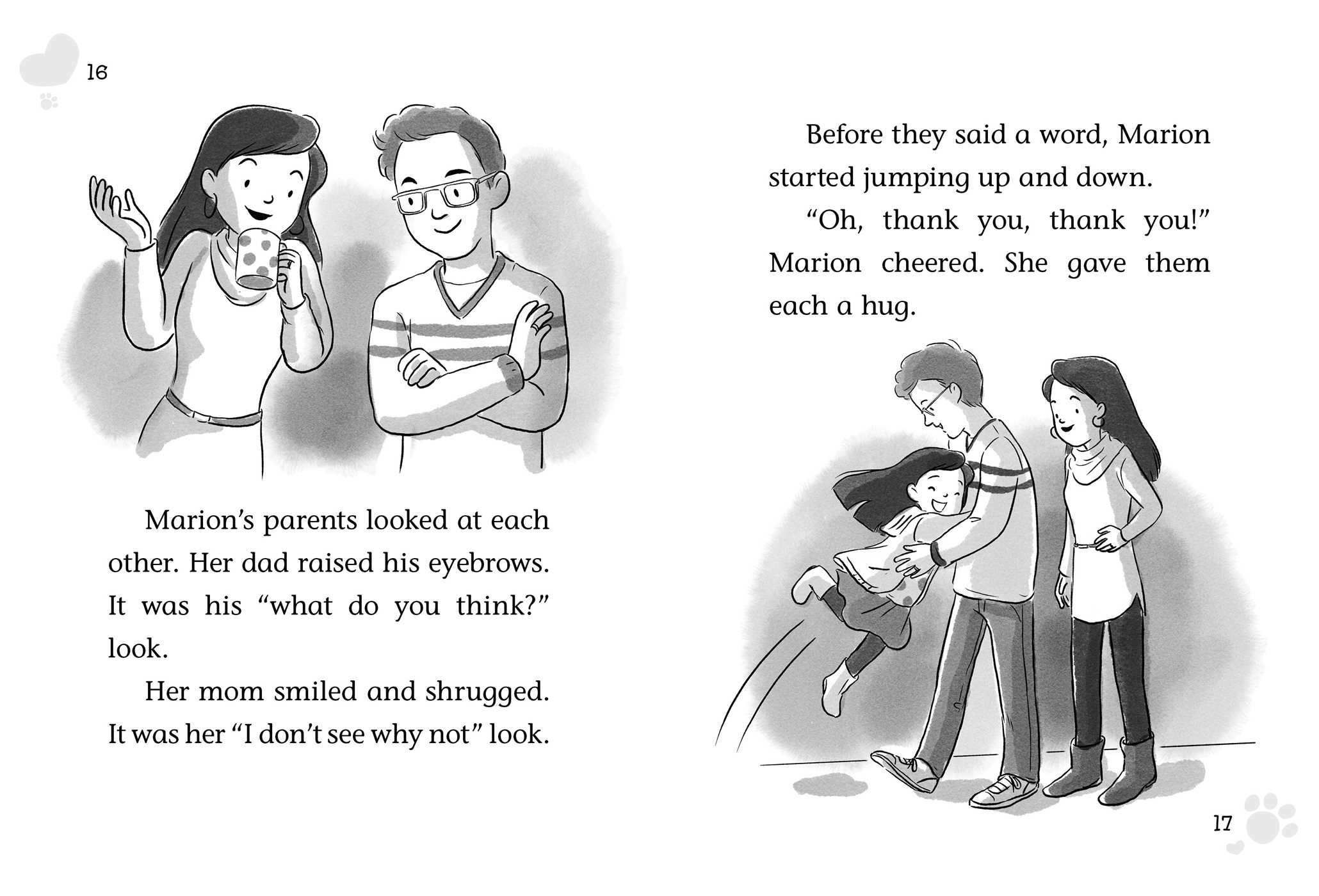 Marion and the Girls' Getaway

Book #20 of The Critter Club
By Callie Barkley
Illustrated by Tracy Bishop
LIST PRICE $16.99
PRICE MAY VARY BY RETAILER

Marion plans a perfect girls weekend for her friends—with a surprise appearance from a snow bunny!—in the twentieth book of the Critter Club series.

Marion has planned the ultimate girls’ getaway. There will be skiing, a trip to the spa, and of course, hot chocolate! What Marion didn’t plan was a snow bunny sighting! As members of the Critter Club, she and her friends are so excited to find the most adorable bunny. But when Marion’s kitten, Ollie, scares the bunnies away, Marion scolds him. That’s when she notices he’s been acting a little strange the whole time. What’s wrong with Ollie? And will the girls get to see the bunnies again?

With easy-to-read language and illustrations on almost every page, The Critter Club chapter books are perfect for beginning readers!

Marion and the Girls’ Getaway Chapter 1

Perfect Weekend, Perfect Idea
The fire crackled in the fireplace. Marion Ballard snuggled into her cozy blanket. She turned the last page of the book in her lap. It was the latest in one of her favorite series, Hero Horses. And it was ending just the way Marion had hoped. The stallion carried the injured rider five miles through a storm to safety!

Marion closed the book with a snap and sighed. This was turning out to be a pretty perfect weekend so far!

The night before, Marion had a sleepover with Amy, Liz, and Ellie. They were her best friends—and her partners at The Critter Club, an animal rescue shelter they had started in their town of Santa Vista.

The girls had a sleepover almost every Friday. This one was at Ellie’s house. They had made tacos for dinner—tofu tacos for Liz, who was vegan. They’d watched a movie about a dolphin. Then, this morning, Mr. Mitchell had made waffles for breakfast.

And tonight was such a cozy evening at home! Marion loved it when her mom made a fire in the fireplace. She loved reading by the warmth. She didn’t even mind playing Go Fish with her little sister, Gabby, ten times! As long as it was by the fire.

Hmm, thought Marion. What should she do next? She scanned a nearby bookshelf. Should she reread one of the other Hero Horses books?

But Marion pulled down the newest album. She knew it had photos from the past year. Gabby in her school play. Marion holding Teddy, her class’s pet hamster.

Marion flipped the page. Here were photos of last year’s ski trip. Marion in her ski helmet. The Ballard family at the top of the mountain. A moose they’d spotted near the ski cabin. It was actually their cousin Lou’s cabin. But he let the Ballards use it at least once a year.

Suddenly, Marion had an idea. A perfectly fantastic idea. It combined so many of her favorite things: friends, fun, the ski cabin, and wildlife sightings!

But first, she had to get her mom and dad to agree.
Callie Barkley

Tracy Bishop has loved drawing since she was a little girl in Japan. She spends her time illustrating books, reading, and collecting pens. She lives with her husband, son, and hairy dog, named Harry, in San Jose, California.

Marion and the Girls' Getaway

Book #20 of The Critter Club
By Callie Barkley
Illustrated by Tracy Bishop
LIST PRICE $16.99
PRICE MAY VARY BY RETAILER