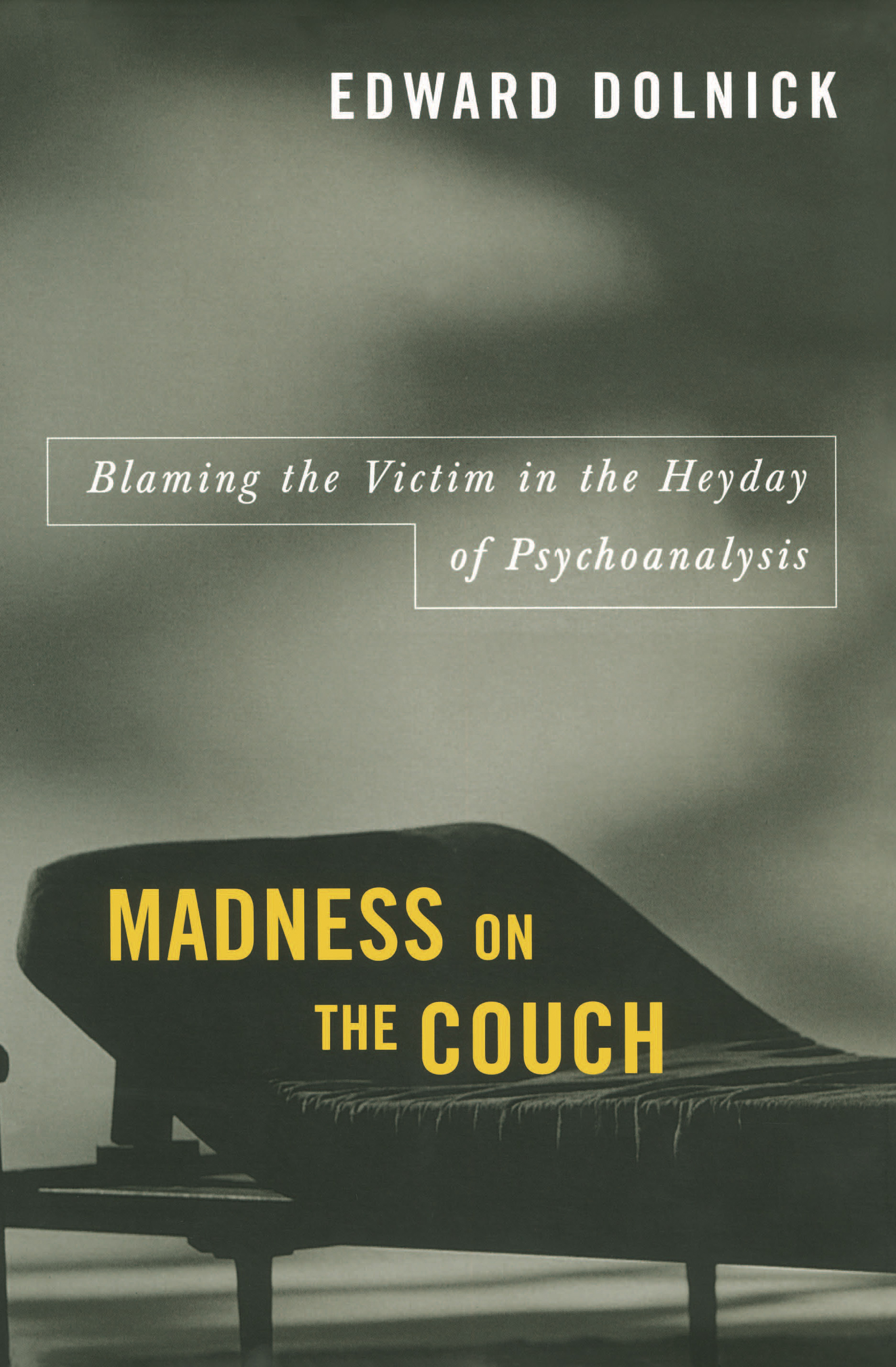 Madness on the Couch

Blaming the Victim in the Heyday of Psychoanalysis

By Edward Dolnick
LIST PRICE $24.95
PRICE MAY VARY BY RETAILER

In the golden age of "talk therapy," the 1950s and 1960s, psychotherapists saw no limit to what they could do. Believing they had already explained the origins of war, homosexuality, anti-Semitism, and a host of neurotic ailments, they set out to conquer one of mankind's oldest and fiercest foes, mental illness. In Madness on the Couch, veteran science writer Edward Dolnick tells the tragic story of that confrontation.

It is a vivid, compelling tale that is told here for the first time. Dolnick focuses on three battles in an epic war: against schizophrenia, autism, and obsessive-compulsive disorder. Schizophrenia, the most dreaded mental illness, strikes its young victims without warning and torments them with hallucinations and mocking voices. Autism claims its victims even younger, at age one or two, and locks them away, cut off from the rest of us by invisible walls. Obsessive-compulsive disorder strikes at any age and entraps its hapless victims in endless rituals.

Inspired by their hero, Freud, but bolder even than he, psychoanalysts set out to vanquish those enemies. Armed with only words and the best of intentions, they achieved the worst of outcomes. The symptoms of disease were symbols, these therapists believed, and diseases could be interpreted, like dreams. The ranting of a schizophrenic on a street corner, the retreat of an autistic child from human contact, the endless hand-washing of an obsessive-compulsive were not simply acts but messages. And the message psychoanalysts decoded and delivered to countless families was that parents themselves -- through their subtle hostility -- had driven their children mad. That verdict was not overturned for more than a generation.

Clear, dramatic, and authoritative, Madness on the Couch uses the voices of therapists as well as those of patients and their loved ones to describe the controversial methods used to treat the mentally ill, and their heartbreaking consequences. We see the leading lights of psychotherapy at work, including tiny, grandmotherly Frieda Fromm-Reichmann; gawky Gregory Bateson, either a genius or a charlatan, depending on whom one asked; and birdlike R. D. Laing, a slender figure with dark, deep-set eyes and the charisma of a rock star. We meet, too, scientists and family members who fought the reigning dogma of the day. Bernard Rimland, for example, set out to refute the claim that autism was caused by "refrigerator" parents whose coldness had turned their children into zombies. Rimland's only "credential" in his battle with the experts was the fact that his son was autistic.

A gripping tale of hubris, arrogant pride, and terrible heartbreak, Madness on the Couch combines the immediacy of superb joumalism with the depth of scrupulous history. It shows us convincingly that in attempting to cure mental illness through talk therapy, psychoanalysis did infinitely more harm than good.

Madness on the Couch

Blaming the Victim in the Heyday of Psychoanalysis

By Edward Dolnick
LIST PRICE $24.95
PRICE MAY VARY BY RETAILER