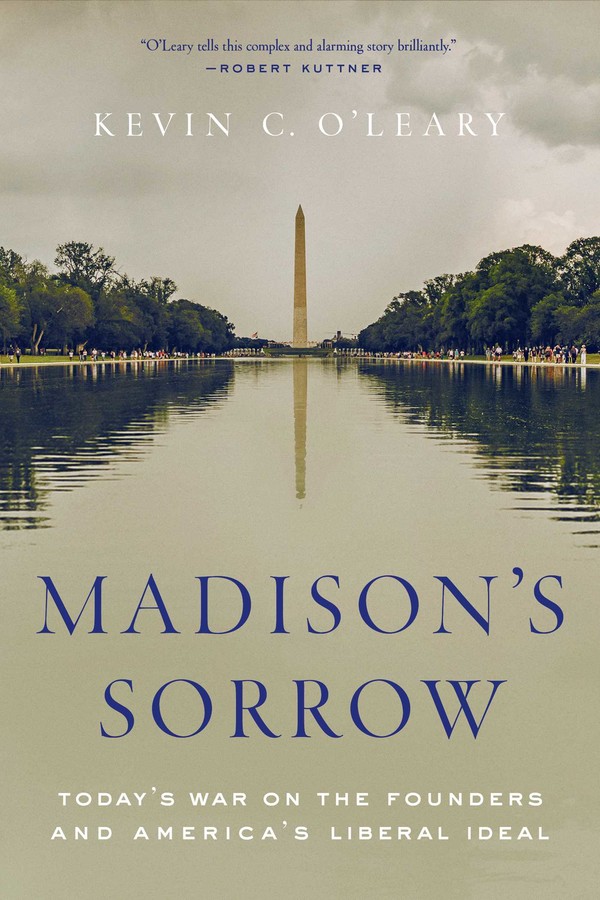 Today's War on the Founders and America's Liberal Ideal

By Kevin O'Leary
LIST PRICE $18.99
PRICE MAY VARY BY RETAILER

An eye-opening cultural history of the political revolution that has destroyed the Republican Party and unleashed an illiberal crusade against the ideals of the Founding Fathers.

The story of America is the struggle between our liberal ideal and illiberal resistance. Donald Trump catalyzed a reactionary revolution by tapping into the dark, shadowy side of American democracy that embraces exclusion and inequality. Madison’s Sorrow shows that throughout American history these alarming impulses have come to the forefront of our culture—during the Civil War, the era of the Robber Barons, and the Civil Rights Movement—but have now come to fruition in the presidency of Donald Trump. Clearly, conservatives have lost their party. And without conservatives debating liberals in an intellectual, respectful manner to address the nation’s problems, Madisonian democracy breaks down. In the tradition of Tomas Paine’s Rights of Man and Arthur Schlesinger’s The Vital Center, Madison’s Sorrow offers a searing critique of the radical right and a passionate defense of the founders’ liberal ideal.

Kevin O'Leary is a research fellow at the Center for the Study of Democracy at the University of California, Irvine. He was the lead West Coast reporter for TIME Magazine for many years, as well as a reporter for the Los Angeles Times. He earned his PhD at Yale University. His previous book, Saving Democracy: A Plan for Real Representation in America, was a finalist for the American Political Science Association’s Michael Harrington Award.

"The problem with our politics is not Donald Trump; it is the many who support him. Kevin O’Leary’s book explains in great detail and with the clearest of prose, just how this crazy situation came about."

– Alan Wolfe, author of The Future of Liberalism, professor of Political Science and director of the Boisi Center for Religion and American Public Life, Boston College

"A compelling account of the rise of the right in contemporary American politics and the threat that it poses to the country’s most basic values. This beautifully written book is a must read for all who care about the future of American democracy"

– Erwin Chemerinsky, author of 'The Conservative Assault on the Constitution' and Dean of University of California, Berkeley School of Law

"The Republican Party has lost its moorings and is hemorrhaging some of its most prominent thinkers and professionals. Donald Trump is the immediate cause, but only a symptom of a larger problem. Kevin O’Leary could not be more timely with his new book Madison’s Sorrow."

– Norman J. Ornstein, co-author of One Nation After Trump and It’s Even Worse Than It Looks, resident scholar, American Enterprise Institute

"If you want to understand the deeper menace of Trumpism, read this book. Kevin O’Leary tells this complex and alarming story brilliantly."

– Robert Kuttner, co-editor of The American Prospect and author of The Stakes: 2020 and the Survival of American Democracy

"Kevin O’Leary offers us a timely and important examination of the illiberal idiocy that courses throughout American history. He champions a revitalized liberalism that should win over those who are searching for an alternative to the threat posed by the right. This book should be read - and read now."

– Kevin Mattson, author of Rebels All! and When America Was Great Connor Study Professor of Contemporary History, Ohio University

Today's War on the Founders and America's Liberal Ideal

By Kevin O'Leary
LIST PRICE $18.99
PRICE MAY VARY BY RETAILER