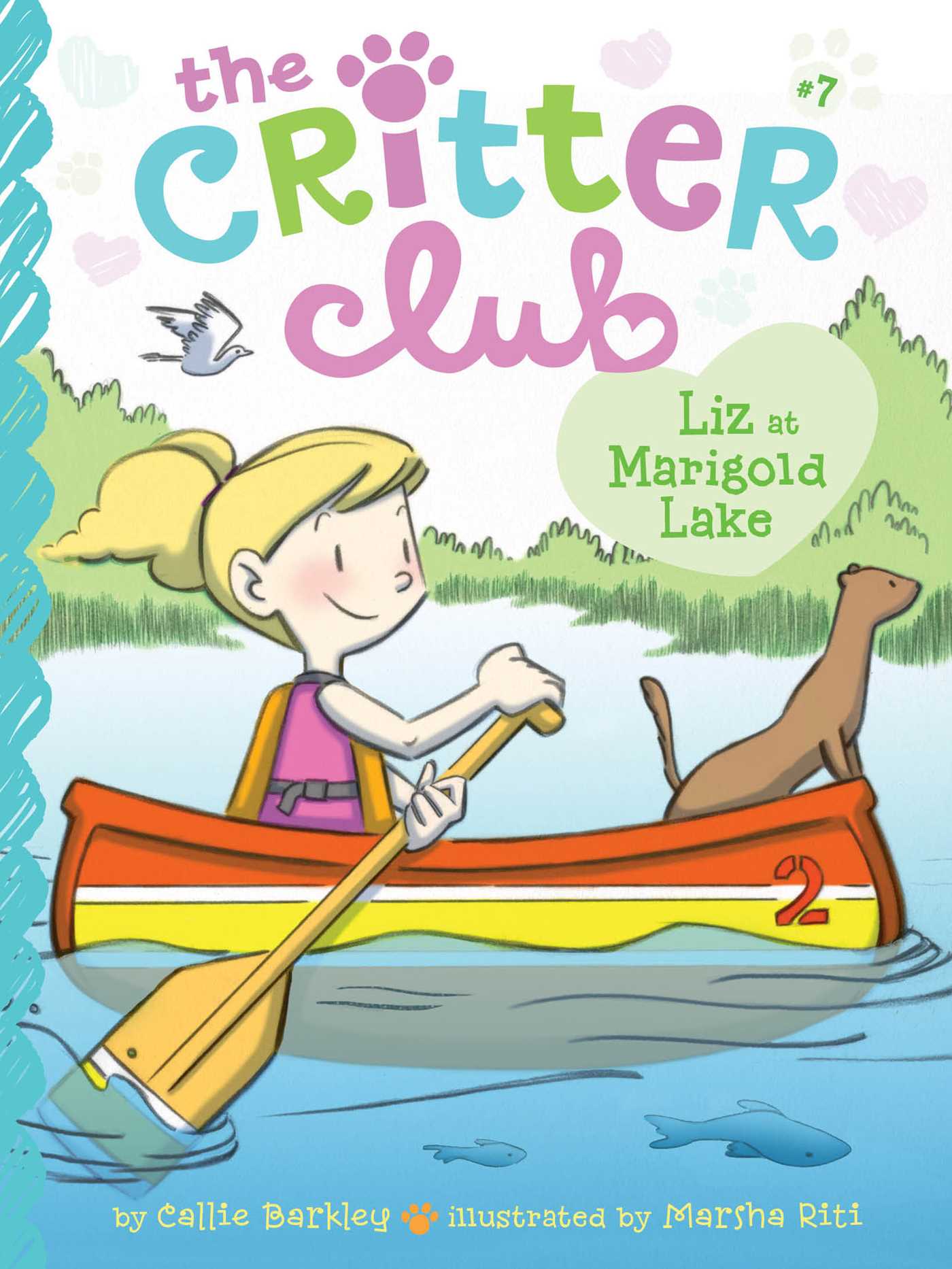 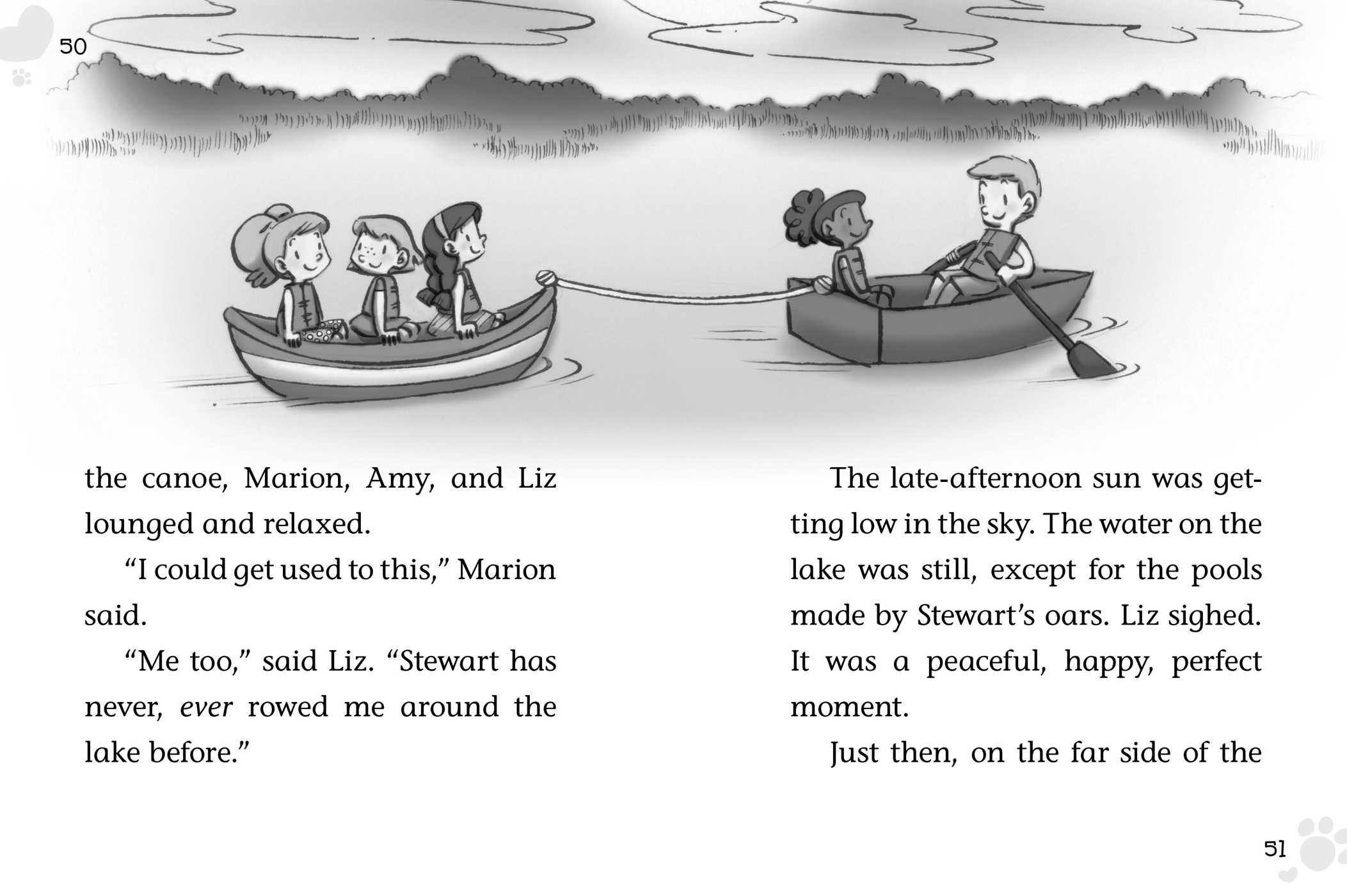 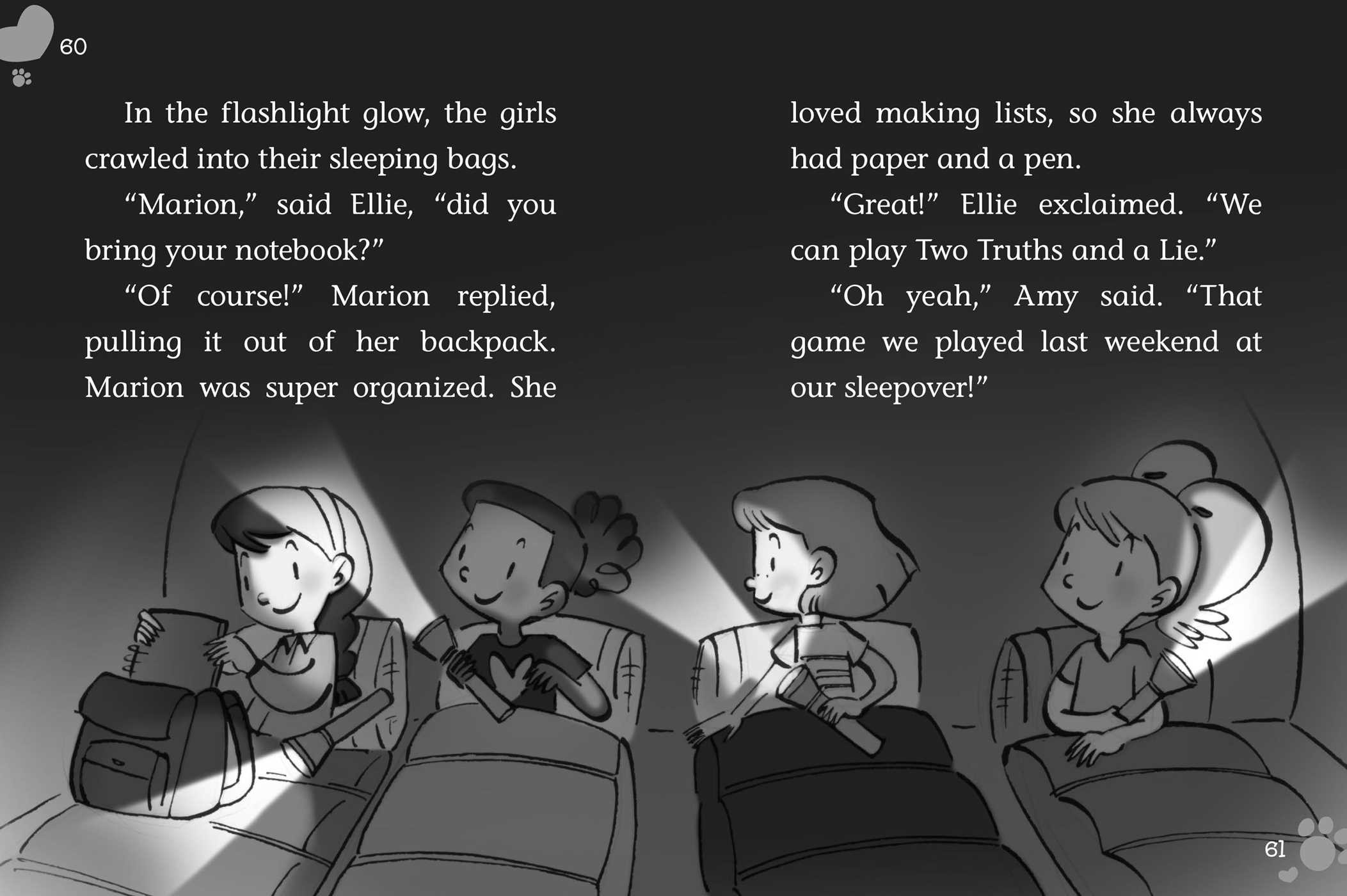 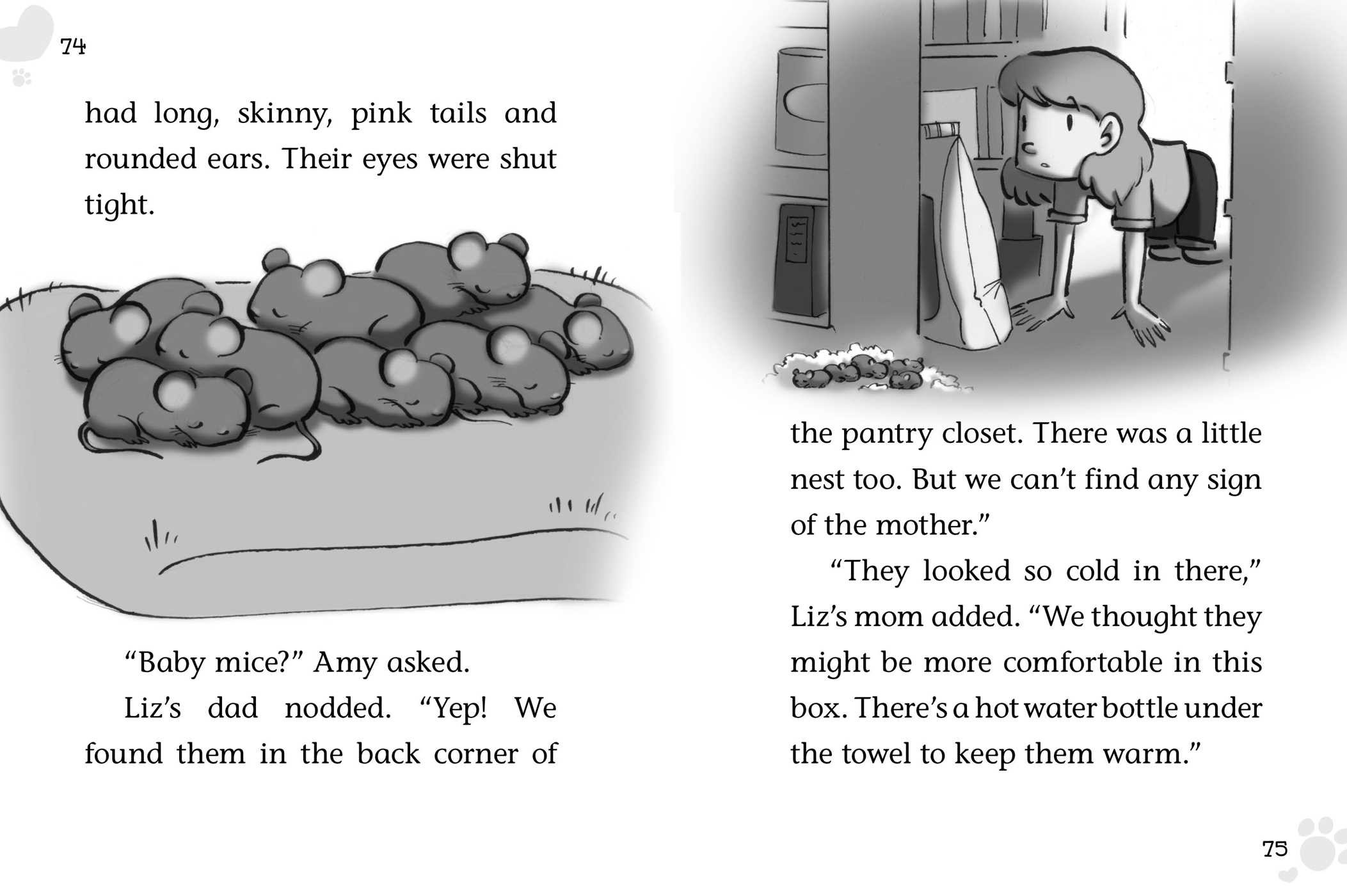 Book #7 of The Critter Club
By Callie Barkley
Illustrated by Marsha Riti
LIST PRICE $17.99
PRICE MAY VARY BY RETAILER

The Critter Club is going camping—but are they really ready for a weekend in the wilderness?

When Liz invites the Critter Club girls to her house at Marigold Lake for the weekend, they are really excited for their camping adventure—especially because Marigold Lake is known for having lots of wildlife! While the girls are there, they plan to do stuff like swim and canoe in the lake, go on a nature walk, and camp out.

But with every activity, something seems to go horribly wrong. Amy accidentally tips over the canoe when the girls are out on the lake; Ellie gets spooked by what she thinks is a snake on their walk; and Marion is not pleased about sleeping outside in a tent. Liz thinks her friends aren’t having fun, and she starts to feel awful. Will the great weekend she planned turn out to be a disaster?

With easy-to-read language and illustrations on almost every page, The Critter Club chapter books are perfect for beginning readers.

Liz rolled over in bed and rubbed her eyes. No, it wasn’t her alarm clock. It was a goose honking! Sunlight shone in through the window. Birds chirped outside. It was going to be a beautiful spring day at the cabin.

Liz threw off her flannel sheets and jumped out of bed. “Yes!” she cheered. “It’s the perfect weather for the girls’ visit!”

Liz’s three best friends, Ellie, Marion, and Amy, were coming up to the Jenkins’ lake cabin today for the three-day weekend. For years, they had heard all about it from Liz. She and her family had been coming to Marigold Lake since Liz was little. But this was the first time Liz had been able to invite her friends.

Liz hurried to change into her clothes. She had lots of things to get ready before the girls arrived. She wanted their first visit to the lake to be perfect.

Out in the cabin’s living room, Liz’s mom, dad, and big brother, Stewart, were already up. Her dad was making breakfast. Her mom was sweeping up pine needles from the floor. Stewart was setting the table.

“Thanks, Dad,” Liz replied. She was headed for the door. “I’ll be back. I just need to do a few things.”

Outside, Liz took a deep breath. Ahhhh. Fresh air. She smiled at the sight of the big, beautiful lake in the cabin’s backyard.

Liz went into the storage shed. She dragged a folded-up tent to a flat area by the campfire pit. “Just the spot,” Liz said out loud to herself. She would ask her mom or dad to help her set up the tent later. It was definitely warm enough for the girls to sleep outside in it. Liz couldn’t wait to surprise them!

Next, Liz hurried down to the boat dock. She took the tarp off the red canoe and made sure the life jackets were there. We can paddle around the whole lake, she thought.

Then, on her way back to the cabin, Liz picked up every long, thin stick she saw. We’re definitely roasting marshmallows over a campfire, she decided. She left her pile of roasting sticks next to the campfire pit.

Liz stopped to think. Canoeing, swimming, camping out, marshmallow-roasting, plus hiking on the nature path . . .

I hope we have time for everything! she thought excitedly.

Back inside the cabin, Liz joined her family at the table. They had already served her oatmeal and yogurt—their usual super-healthy breakfast. Her dad passed her some berries to sprinkle on top while Liz told them about her preparations.

Liz’s parents smiled. “Sounds like you’ve thought of everything,” her mom said.

Then Stewart added, “But won’t you guys just be painting your nails and stuff? Or whatever you do at your sleepovers?”

Liz rolled her eyes at her brother. “Actually, my friends are so excited to have a wilderness weekend. I told them about all the animals up here—the rabbits, squirrels, deer, and foxes.”

Liz and her friends were different in lots of ways, but they all shared one thing: a love of animals. Together they ran an animal shelter called The Critter Club in their town of Santa Vista. They helped all kinds of stray and hurt animals.

“You told them about all the animals we’ve seen?” Stewart asked. “Like the snakes? And the bear we saw that one time?”

Liz hadn’t exactly mentioned those. Her friends weren’t as excited as Liz was about unusual animals. Like the cool pet tarantula they took care of at The Critter Club over the summer. Ellie, Marion, and Amy were glad Liz wanted to be in charge of it.

Liz shrugged and ate her oatmeal. My friends will love the lake as much as I do! she thought. Or almost as much. Or at least they’ll like it a lot.

Marsha Riti illustrated the picture book The Picky Little Witch by Elizabeth Brokamp and The Critter Club series by Callie Barkley. She lives in Austin, Texas, where she likes to take long walks, stopping frequently to pet neighborhood kitties.

Book #7 of The Critter Club
By Callie Barkley
Illustrated by Marsha Riti
LIST PRICE $17.99
PRICE MAY VARY BY RETAILER