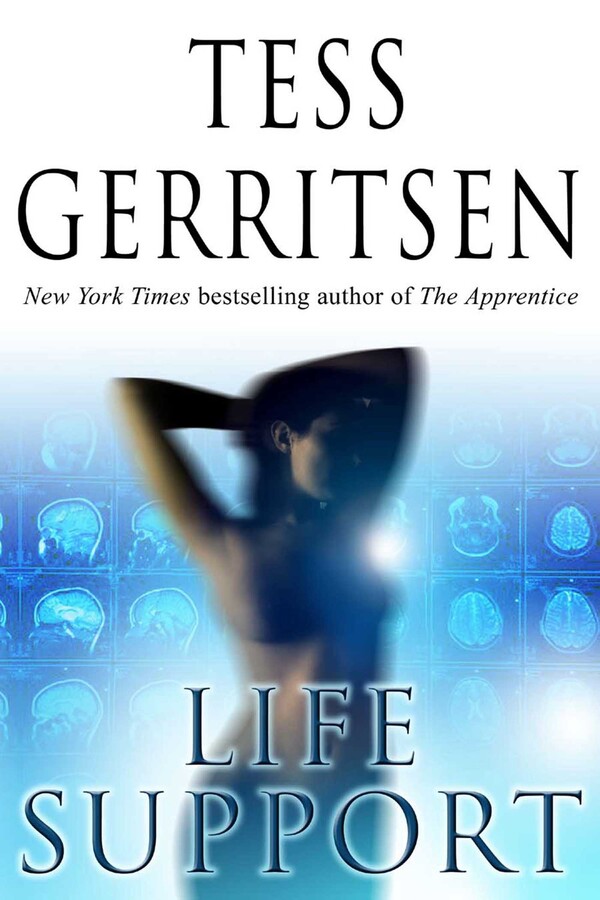 By Tess Gerritsen
LIST PRICE $7.99
PRICE MAY VARY BY RETAILER

From New York Times bestselling author Tess Gerritsen, a terrifying novel of deadly proportions as an ER doctor tries to determine the cause and cure of a fatal and mysterious virus before it becomes an epidemic.

The quiet overnight shift at Springer Hospital ER suits Dr. Toby Harper just fine—until she admits a man in critical condition from a possible viral infection of the brain. The delirious man barely responds to treatment—and then disappears without a trace. Before Toby can find him, a second case occurs, revealing a terrifying fact: the virus can only be spread through direct tissue exchange. Following a trail of death that winds from a pregnant sixteen-year-old prostitute to her own home, Toby discovers the unthinkable: the epidemic didn't just happen—someone let it loose....

A scalpel is a beautiful thing.

Dr. Stanley Mackie had never noticed this before, but as he stood with head bowed beneath the OR lamps, he suddenly found himself marveling at how the light reflected with diamondlike brilliance off the blade. It was a work of art, that razor sharp lunula of stainless steel. So beautiful, in fact, that he scarcely dared to pick it up for fear he would somehow tarnish its magic. In it's surface he saw a rainbow of colors, light fractured to its purest elements.

"Dr. Mackie? Is something wrong?"

He looked up and saw the scrub nurse frowning at him over her surgical mask. He had never before noticed how green her eyes were. He seemed to be seeing, really seeing, so many things for the very first time. The creamy texture of the nurse's skin. The vein coursing along her temple. The mole just above her eyebrow.

Or was it a mole? He stared. It was moving, crawling like a many-legged insect toward the corner of her eye....

"Stan?" Dr. Rudman, the anesthesiologist, was speaking now, his voice slicing through Mackie's dismay. "Are you all right?"

Mackie gave his head a shake. The insect vanished. It was a mole again, just a tiny fleck of black pigment on the nurse's pale skin. He took a deep breath and picked up the scalpel from the instrument tray. He looked down at the woman lying on the table.

The overhead light had already been focused on the patient's lower abdomen. Blue surgical drapes were clamped in place, framing a rectangle of exposed skin. It was a nice flat belly with a bikini line connecting the twin flares of the hip bones -- a surprising sight to behold in this season of snowstorms and winter white faces. What a shame he would have to cut into it. An appendectomy scar would certainly mar any future Caribbean tans.

He placed the tip of the blade on the skin, centering his incision on McBurney's point, halfway between the navel and the protrusion of the right hip bone. The approximate location of the appendix. With scalpel poised to cut, he suddenly paused.

His hand was shaking.

He didn't understand it. This had never happened before. Stanley Mackie had always possessed rock steady hands. Now it took enormous effort just to maintain his grip on the handle. He swallowed and lifted the blade from the skin. Easy. Take a few deep breaths. This will pass.

Mackie looked up and saw that Dr. Rudman was frowning. So were the two nurses. Mackie could read the questions in their eyes, the same questions that people had been whispering about him for weeks. Is old Dr Mackie competent? At the age of seventy-four, should he still be allowed to operate?

He ignored their looks. He had already defended himself before the Quality Assurance Committee, had explained, to their satisfaction, the circumstances of his last patient's death. Surgery, after all, was not a risk-free proposition. When too much blood pools in the abdomen, it's easy to confuse one's landmarks, to make the wrong slice.

The committee, in their wisdom, had absolved him of blame.

Nevertheless, doubts had seeped into the minds of the hospital staff. He could see it in the nurses' expressions, in Dr. Rudman's frown. All those eyes watching him. Suddenly he sensed other eyes as well. He caught a fleeting glimpse of dozens of eyeballs floating in the air, all of them staring at him.

He blinked, and the terrible vision was gone.

My glasses, he thought. I will have to get my glasses checked.

A drop of sweat slid down his cheek. He tightened his grip on the scalpel handle. This was just a simple appendectomy, a procedure a lowly surgical intern could pull off. Surely he could manage this, even with shaking hands.

He focused on the patient's abdomen, on that flat belly with its golden tan. Jennifer Halsey, age thirty-six. A visitor from out of state, she had awakened this morning in her Boston motel room suffering from right lower quadrant pain. With the pain growing worse, she had driven through a blinding snowstorm to the ER at Wicklin Hospital, and had been referred to the surgeon on call for the day: Mackie. She knew nothing about the rumors concerning his competence, nothing about the lies and whispers that were slowly destroying his practice. She was merely a woman in pain who needed her inflamed appendix removed.

He pressed the blade to Jennifer's skin. His hand had steadied. He could do it. Of course he could do it. He made the incision, a smooth, clean slice. The scrub nurse assisted, sponging up blood, handing him hemostats. He cut deeper,
through the yellow subcutaneous fat, pausing every so often to cauterize a bleeder. No problem. Everything's going to be fine. He would get in, remove the appendix, and get out again. Then he would go home for the afternoon. Maybe a little rest was all he needed to clear his head.

He slit through the glistening peritoneum, into the abdominal cavity. "Retract," he said.

The scrub nurse took hold of the stainless steel retractors and gently tugged open the wound.

Mackie reached into the gap and felt the intestines, warm and slippery, squirm around his gloved hand. What a wondrous sensation, to be cradled in the heat of the human body. It was like being welcomed back into the womb. He exposed the appendix. One glance at the red and swollen tissue told him his diagnosis had been correct; the appendix would have to come out. He reached for the scalpel.

Only as he focused once again on the incision did he realize that something was not quite right.

There was far too much intestine crowded into the abdomen, twice as much as, there should be. Far more than the woman needed. This wouldn't do. He tugged on a loop of small bowel, felt it glide, warm and slick, across his gloved hands. With the scalpel, he sliced off the excess length and set the dripping coil on the tray. There, he thought. That was much neater.

The scrub nurse was staring at him, her eyes wide over the surgical mask. "What are you doing?" she cried.

"Too much intestine," he answered calmly. "Can't have that." He reached into the abdomen and grasped another loop of bowel. No need for all this excess tissue. It only obscured his view of things.

He sliced. Blood pulsed out in a hot, arcing spray from the severed coil.

The nurse grabbed his gloved hand. He shook it off, outraged that a mere nurse would dare interrupt the procedure.

"Get me another scrub nurse," he commanded. "I need suction. Have to clear away all this blood."

With his free hand, Mackie reached for the suction catheter and plunged the tip into the abdomen. Blood gurgled up the tube and poured into the reservoir.

Another hand grasped his gown and pulled him away from the table. It was Dr. Rudman. Mackie tried to shake him off, but Rudman wouldn't let go.

"Put down the scalpel, Stan."

"She has to be cleaned out. There's too much intestine."

Struggling free, Mackie swung around to confront Rudman. He'd forgotten he was still holding the scalpel. The blade slashed across the other man's neck.

Rudman screamed and clapped his hand to his throat.

Mackie backed away, staring at the blood seeping out between Rudman's fingers. "Not my fault," he said. "It's not my fault!"

Mackie stumbled backward, through slippery pools of blood. Rudman's blood. Jennifer Halsey's blood. A spreading lake of it. He turned and bolted from the room.

They were chasing him.

He fled down the hallway, running in blind panic, lost in a maze of corridors. Where was he? Why did nothing seem familiar? Then, straight ahead, he saw the window, and beyond it, the swirling snow. Snow. That cold, white lace would purify him, would cleanse this blood from his hands.

Behind him, footsteps pounded closer. Someone shouted, "Halt!"

Mackie took three running steps and leaped toward the rectangle of light.

Glass shattered into a million diamonds. Then the cold air whistled past him and everything was white. A beautiful, crystalline white.

And he was falling. 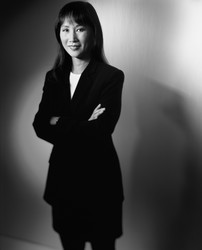 Tess Gerritsen left a successful practice as an internist to raise her children and concentrate on her writing. She gained nationwide acclaim for her first novel of medical suspense, the New York Times bestseller Harvest; she followed her debut with the bestsellers Life Support and Gravity. Her other novels include Body Double, The Sinner, The Apprentice, and The Surgeon. Tess Gerritsen lives in Maine.

John Saul Grabs you and holds you from page one....Be prepared to drop all your obligations until you finish.

By Tess Gerritsen
LIST PRICE $7.99
PRICE MAY VARY BY RETAILER