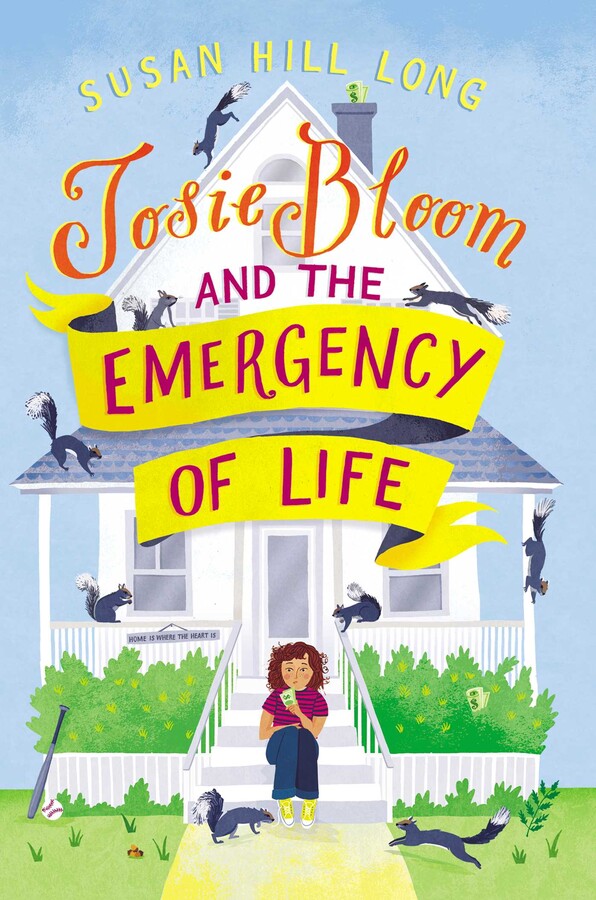 “Entertaining and emotionally resonant.” —Kirkus Reviews
“Long nails the voice of a kid trying as hard as she can to tackle adult problems on her own when the well-meaning adults in her life fall short.” —Publishers Weekly

Josie Bloom is put to the test when she’s confronted by mysterious wads of money, a washed-up baseball player, and a whole lot of squirrels in this hilarious and heartwarming novel in the spirit of Kate DiCamillo’s Raymie Nightingale.

Josie Bloom discovers the first wad of money stuffed inside a packet of bologna, and the second hidden between the trash can and the bin liner. That money comes in handy when she finds the PAST DUE notice from the heating company. Seems like Grandpa has been spending more time feeding squirrels than paying the bills. But when a bill arrives that’s too big to handle, Josie’s going to need a plan to get more money—while keeping Grandpa’s odd behavior a secret.

Hilarious and heartwarming, Josie Bloom and the Emergency of Life celebrates the lengths family and friends will go to when it looks like the squirrels are winning. 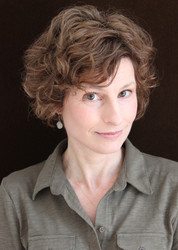 Susan Hill Long is the author of Josie Bloom and the Emergency of Life; The Magic Mirror: Concerning a Lonely Princess, a Foundling Girl, a Scheming King, and a Pickpocket Squirrel; and Whistle in the Dark, which Publishers Weekly said “sings with graceful recurring motifs, true emotions, and devastating observations about the beauty that can be found in the darkest hours” in a starred review. It was named a best book of the year by Bank Street and Publishers Weekly. Susan lives in Portland, Oregon, with her family. Learn more at SusanHillLong.com.

Orphan Josie Bloom's grandfather is acting very peculiar, leaving her to take up the slack. Signs of Grandpa's problem are everywhere. Wads of money appear in unexpected places, like inside a bologna package. Grandpa not only won't explain where the money's coming from, but now he's started blurting out random words and phrases: "Lima beans!" Worst of all, he seems to have lost track of the need to pay bills. An intrepid person, Josie figures out how to use the checkbook and the rudiments of banking. It's the mortgage that seems like the final straw. What will happen if she can't find the money to make the monthly payments? Throughout all her trials, she's supported by Winky, her steadfast classmate, a talented baseball player who's gradually going blind. Her teacher is also helpful, but Josie's afraid to confide her extreme difficulties, fearing the outcome. Perhaps a washed-up major league player who might just be her long-lost father could be the solution.  . . . It's those lovingly crafted people, seemingly all white, who elevate the story above the rest. Entertaining and emotionally resonant.

In Long’s (The Magic Mirror) novel set in small-town Maine, it’s 1977, and intrepid sixth grader Josie Bloom is doing her best to make ends meet. The grandfather with whom she lives following her single mother’s death has been misplacing money and forgetting to pay bills, and he blurts non sequiturs when questioned. After discovering an unpaid mortgage bill, Josie enlists the aid of her best friend Elwyn “Winky” Wheaton, who is visually impaired due to Stargardt disease, to help her raise the money. The inventive duo tries several get-rich-quick schemes with hilariously unfortunate results (their sole yard-work customer pays them to never clean his yard again). The plot picks up when Josie and baseball-obsessed Winky become entangled with recently disgraced player Joe Viola, whose continued slump is blamed on Josie having touched his glove. Josie’s first-person narration is humorous (facts from Ripley’s Believe It or Not! inform many of her brainstorms) and sometimes poignant (as when a memory of her mother crops up); Long nails the voice of a kid trying as hard as she can to tackle adult problems on her own when the well-meaning adults in her life fall short. Ages 8–12. (Jan.)

Josie has lived with Grandpa since her mother’s death, but lately he’s been acting strange: hiding cash, blurting odd phrases, and sneaking out at night. When she realizes that he’s not paying the bills, she tries to do it herself, but it’s a lot for any 11-year-old to handle. And though her teacher senses that something’s wrong, Josie won’t confide in anyone except her best friend, a boy who is legally blind and crazy about baseball. When they meet his favorite player, Josie decides that the man is her long-lost father. In her wry, first-person narrative, Josie emerges as a girl who, while caught in a situation she can’t control, has the gumption to keep trying and the empathy to help others. Maybe Josie can’t always control the forces at work, but readers will enjoy her efforts, her hard-won wisdom, and her occasional successes, such the final scene featuring a baseball league for blind and visually impaired players. Solid character portrayals and unpretentious narration make this a very readable historical novel, set in Maine in 1977.