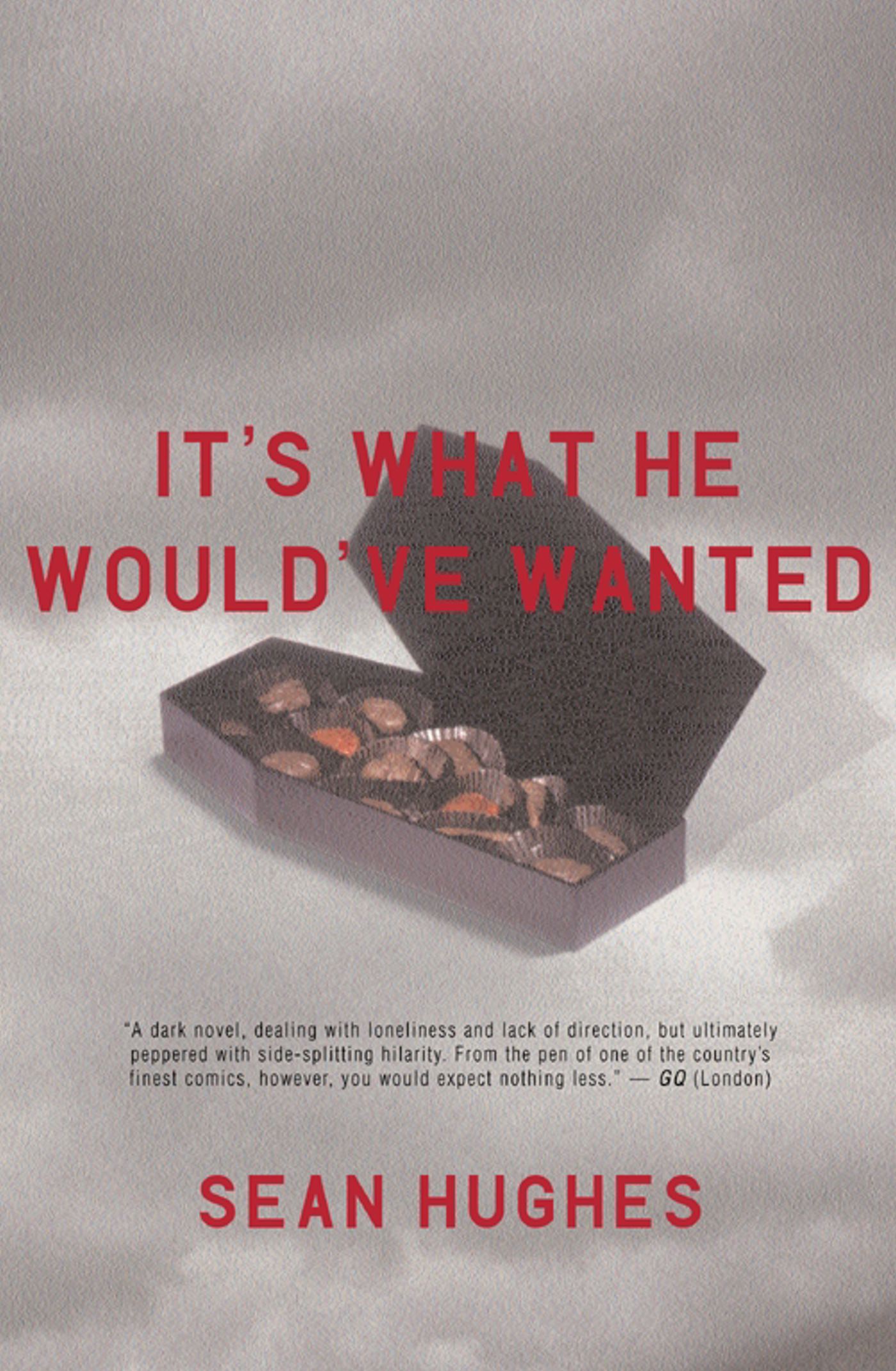 It's What He Would've Wanted

By Sean Hughes
LIST PRICE $16.99
PRICE MAY VARY BY RETAILER

Sean Hughes is an award-winning Irish comic turned bestselling writer whom the British Independent has compared to the likes of Irvine Welsh, James Kelman, and Will Self. Now, the popular comedian delivers It's What He Would've Wanted, a brutally funny, highly charged, and moving novel about a directionless thirty-year-old man's belated transition into adulthood.
Our narrator and protagonist is Shea Hickson, a commitment-phobic just-turned-thirty-year-old with somewhat adolescent leanings. Shea lives off lottery winnings and spends his time blindly serving a secret organization whose stated duty is to "seek truth," which, though Shea doesn't quite realize it, turns out to be a small-time terrorist gig. Shea's parents appear to be a quintessentially comfortable, suburban middle-class couple, and when sons Shea and Orwell (named after Che Guevara and George, their father having been something of a nostalgic radical) arrive for Christmas Eve, all seems as it should be. But when Shea turns a corner to find his father, a BBC weatherman, hanging from the light fixture, the son's disaffected existence is turned upside down. Worse, Shea's discovery of an encoded journal his father had been keeping uncovers shocking revelations about his father's disappointed life as a parent, husband, and disillusioned minor celebrity. Jolted from his emotional ennui, Shea determines to figure out what drove his father to his death and, in the process of unraveling the Hickson family's increasingly distasteful secrets, comes to better understand himself.
With wry humor and savage undercurrents, the story winds through the seamier side of London life -- skirting the worlds of television, newspapers, and small-scale urban terrorism. Buoyed by Hughes's edgy humor and Seinfeldian observations about modern life, It's What He Would've Wanted dissects and mutilates traditional family values as it maps one son's attempt to piece together a world fractured by alienation, paranoia, and conflict.

GQ (London) A dark novel, dealing with loneliness and lack of direction, but ultimately peppered with side-splitting hilarity. From the pen of one of the country's finest comics, however, you would expect nothing less.

Sunday Mirror The rawness with which Shea's isolation and emotional vulnerability is painted makes this a moving but still often amusing study of despair and regeneration.

Independent on Sunday Hughes's success is built on his surreal observations of everyday life.

The Observer Sean Hughes is fortunately as funny and sharp in print as he is in the flesh....[He] surveys the senselessness of his surroundings with a flattened humor, thoughtful and often touching obeservations, and a crudeness that seems increasingly fitting and understandable as Shea's character is revealed.

It's What He Would've Wanted

By Sean Hughes
LIST PRICE $16.99
PRICE MAY VARY BY RETAILER