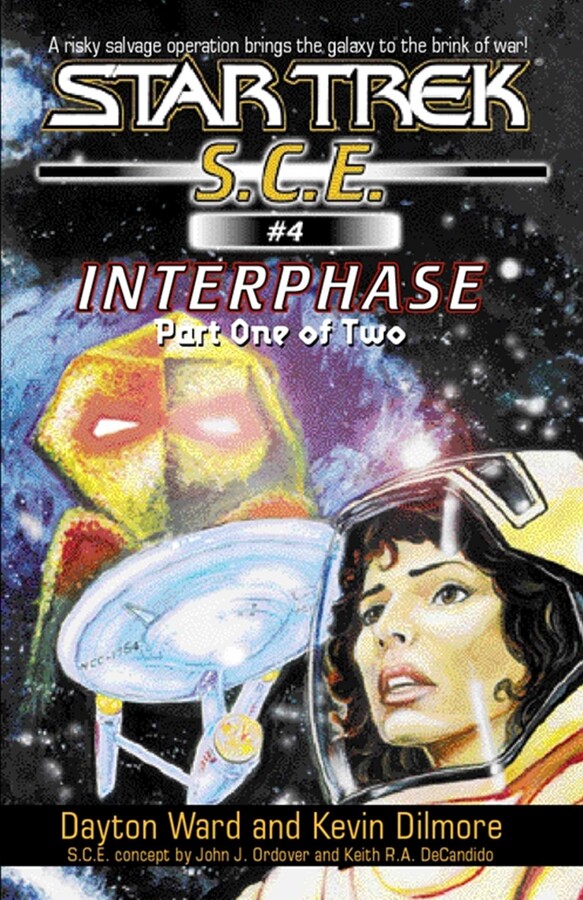 STARFLEET CORPS OF ENGINEERS
More than a century ago, the U.S.S. Defiant  disappeared with all hands into an interspatial rift deep in Tholian territory. Now the derelict ship has been seen drifting in and out of ordinary space, and the Tholian authorities have reluctantly agreed to let Starfleet retrieve the Defiant from the rift. Perhaps, at long last, the lost ship can be brought home and its valiant crew paid their final respects.
Captain David Gold and an S.C.E. team from the U.S.S. da Vinci succeed in boarding the Defiant, but their investigation soon uncovers a dangerous secret. For more than a hundred years, an ancient super-weapon has been hidden away within the scarred and lifeless starship, along with evidence of a long-forgotten atrocity -- evidence that could ignite a vast interstellar war!

Dayton Ward is the New York Times bestselling author or coauthor of nearly forty novels and novellas, often working with his best friend, Kevin Dilmore. His short fiction has appeared in more than twenty anthologies, and he’s written for magazines such as NCO Journal, Kansas City Voices, Famous Monsters of Filmland, Star Trek, and Star Trek Communicator, as well as the websites Tor.com, StarTrek.com, and Syfy.com. A native of Tampa, Florida, he currently lives in Kansas City, Missouri with his wife and two daughters. Visit him on the web at DaytonWard.com.

Kevin Dilmore has teamed with author Dayton Ward for fifteen years on novels, shorter fiction, and other writings within and outside the Star Trek universe. His short stories have appeared in anthologies including Native Lands by Crazy 8 Press. By day, Kevin works as a senior writer for Hallmark Cards in Kansas City, Missouri. A graduate of the University of Kansas, Kevin lives in Overland Park, Kansas.